Currently writing from Culebrita, a small island off of Culebra. This morning we were in Culebra for the start of our day where we worked on our ditty bags for a while and then went snorkeling. After our first snorkel we made our way over to Culebrita and ate lunch underway. Then after some down time we headed to our second snorkel spot! Both of the places we snorkeled at were awesome but so much of the coral was dead which was upsetting. We did see some amazing fish and a spotted eagle ray. Even though so much of the coral was dead the water was so blue and the view was breathtaking! There were so many moments during the snorkel where we were all just like, "Wow, we are so lucky to be here!" Which made today even more memorable. Then Morgan tried to prank us. So the girls and I were in the small boat with Colin and Adam. Then Morgan who was driving told us that we had no gas left and that we had to paddle back to the boat. So we were literally paddling for 3 minutes. We also knew it was a joke the whole time because Morgan was trying not to laugh with us. So after the radio from Roseway thought there was actually an issue we drove back to the ship. Then we showered and hung out until dinner at 1800. I ended the night listening to music and working on my shanty with Lou! 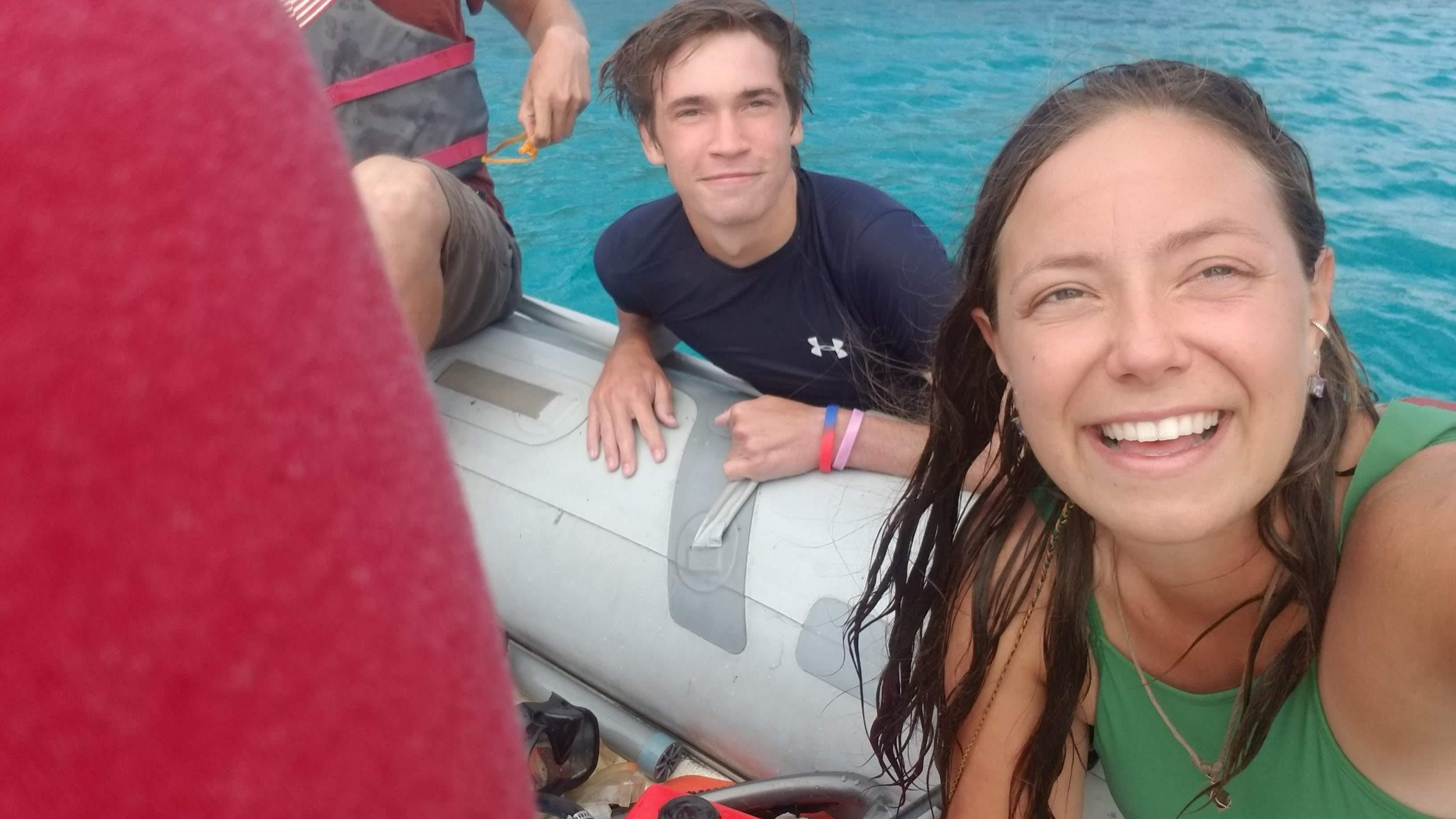 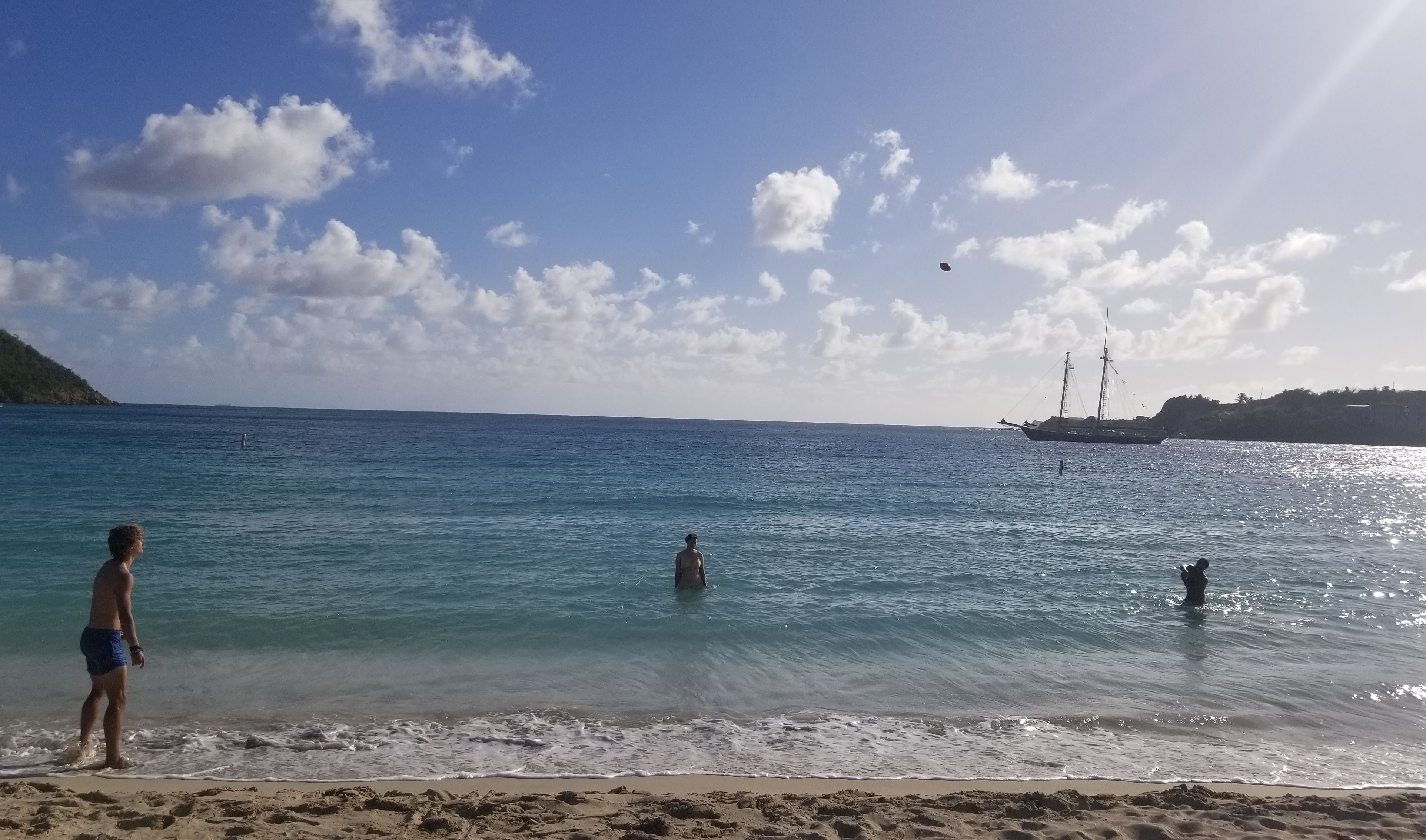