Waking up after our shifts on anchor watch, we started the day in the water. We small-boated over to the pier on Frederiksted and snorkeled/free-dove around the coral filled supports and school of fish. Shortly after, we set up sail and started our voyage back to Christiansted. Once we were steadily on our way Morgan and Colin had a class on points of sail and showed us how the wind direction and currents are navigated by putting the sails in specific positions. We then had a quick break before jumping into a navigation class with Suz. She taught us how to plot a course on the map and find a dead reckoning. After we practiced those skills for a bit we broke into three hour watch groups and began our rotations from helm, forward lookout and a boat check every 30 minutes. On the second group's watch we had a baby sperm whale that was curious about the boat and came up alongside the Roseway! After that exciting moment we tacked and headed towards Christiansted. As the sun set we could see bioluminescence in the waves for the first time which was so cool to see. We also had our first lightning storm in the distance as we sailed back. We eventually reached Green Cay where we once again spent the night before we head back for Christiansted in the morning. The anchor was dropped and the sails were furled and the Jr. Crew had time to catch up on homework before heading to bed.

More adventures yet to come, 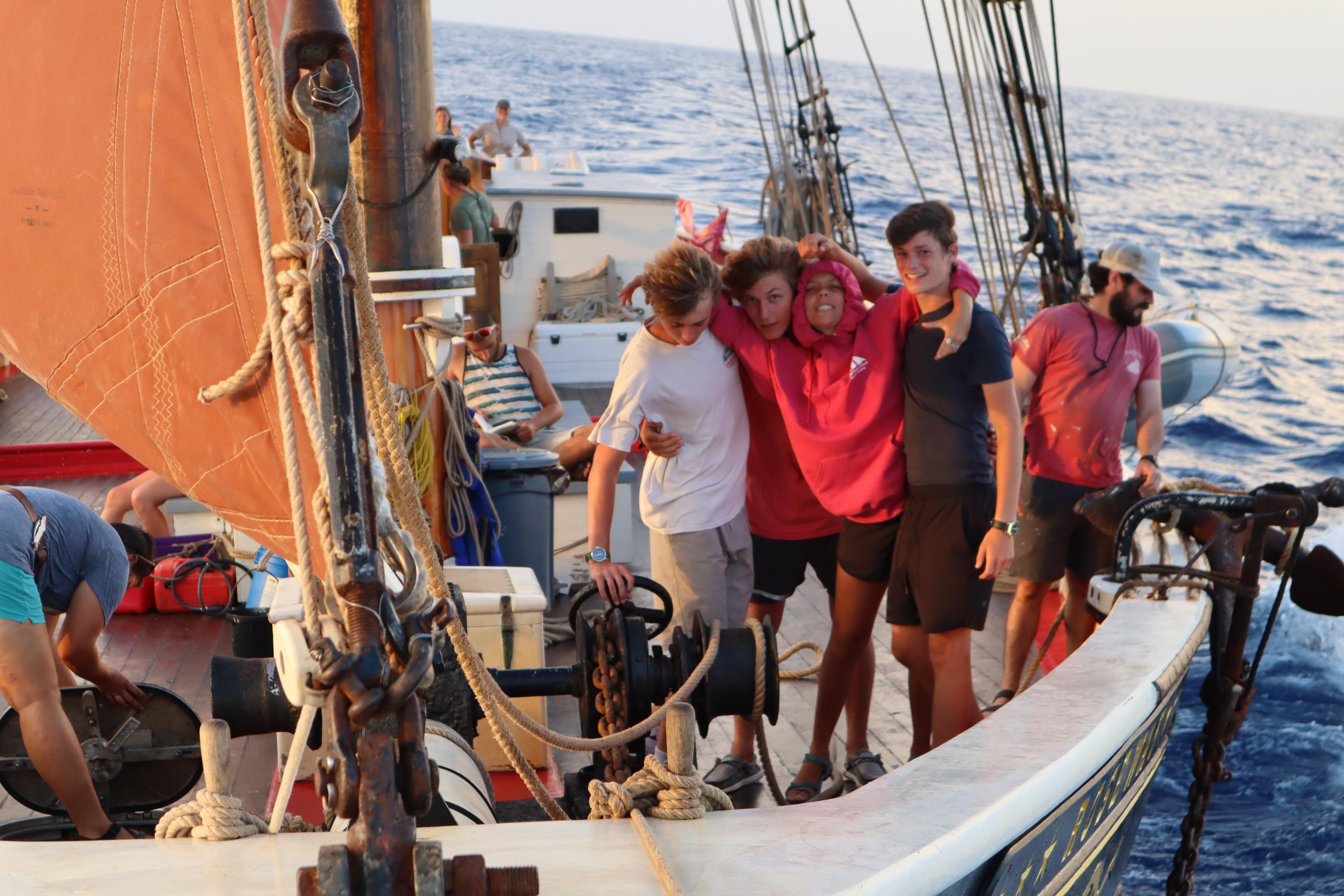 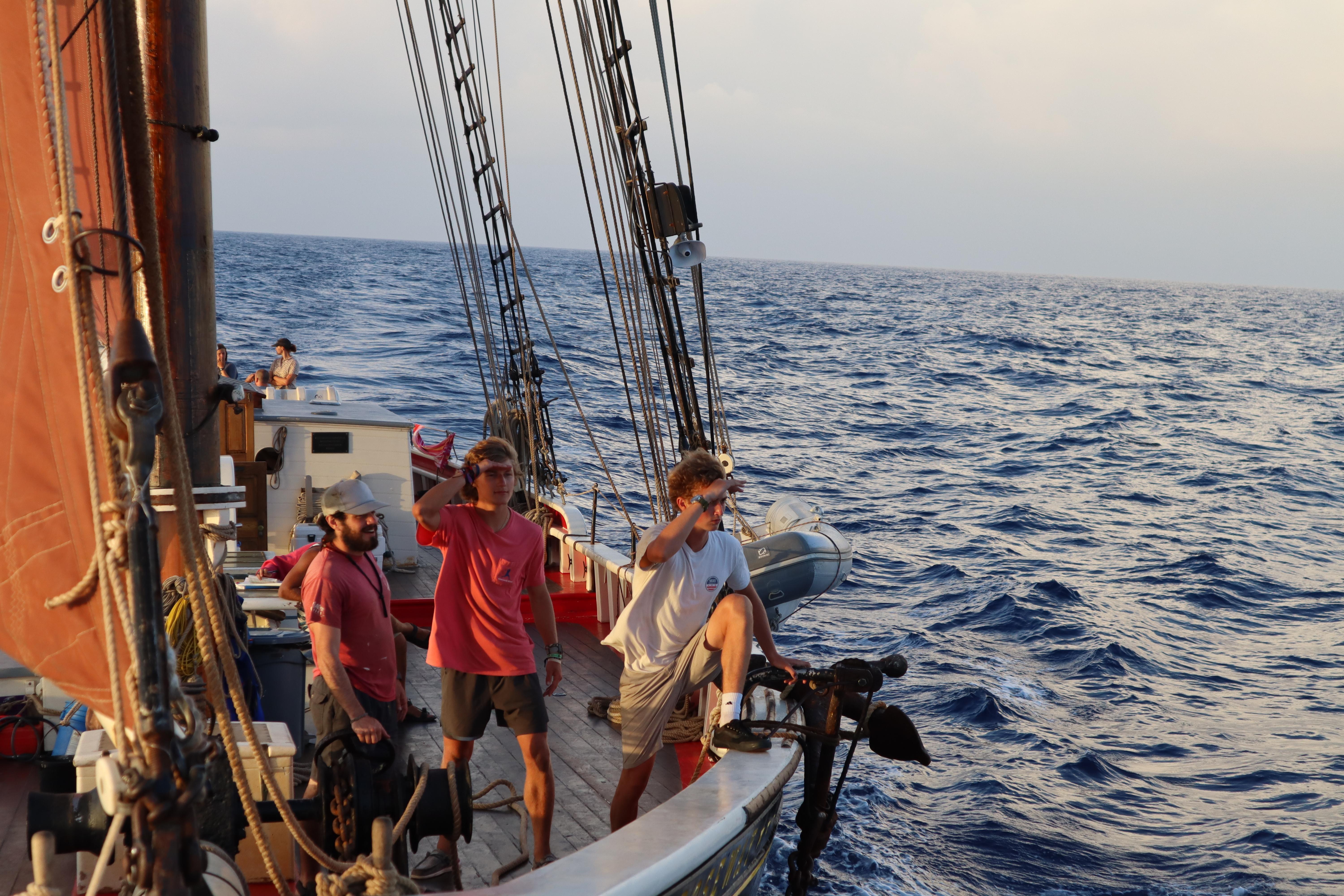 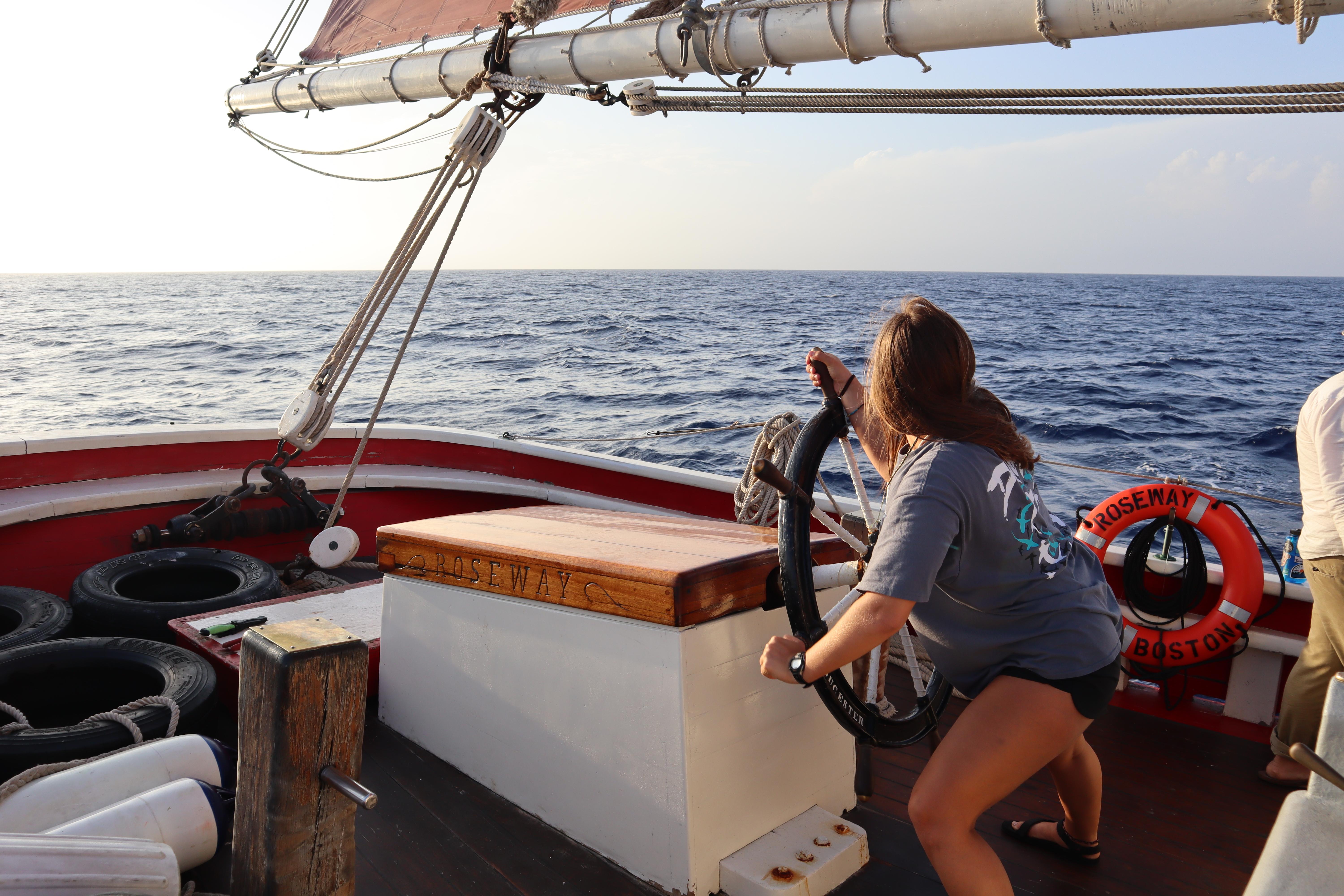 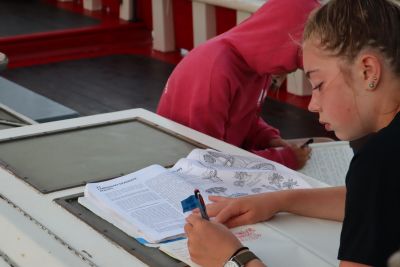