This morning we were awoken by music playing throughout the fish hold! Almost immediately we sat down to a delicious breakfast of eggs, pancakes, and bacon! After breakfast we got to go for a swim call which was perfect since the heat of the day was just beginning. After our wonderful swim call we prepared to set sail. Our first task was to raise the headsails which was neat since I got to go out on the bowsprit and untie the sail ties alone. After the headsails we set the fore and main sails.

Next, Port Watch started on activity watch while Starboard Watch took navigation watch. The activity watch was climbing all the way up to the top of the shrouds! Unfortunately a storm rolled in so only one person got to climb. Due to the storm we had to go down below into the salon but it passed quickly and we went back on deck. Port watch wasn't able to end up doing their navigation watch since we reached Boston early but we instead prepped for the Schoona'lympics. After a bit of that we had lunch which was excellent stir fry with rice! Next we did more schoona'lympics practice before 1500 when we started the games. After a heated but fun hour, the games (including knot tying, jeopardy, and speed coiling) came to a close.. After the schoona'lympics we got an hour or so to practice talent show acts and to chill which turned into playing 2 Rooms and a Boom.

After doing this for a while it came time for dinner. It was a delicious meal consisting of chicken, salad, and pasta! To end off the day we sat down for the talent show. After many amazing acts it came to a close. We spent the remainder of our night reminiscing and being sad about having to leave tomorrow. Even though we were sad it was the end we were grateful for our amazing 10 days. 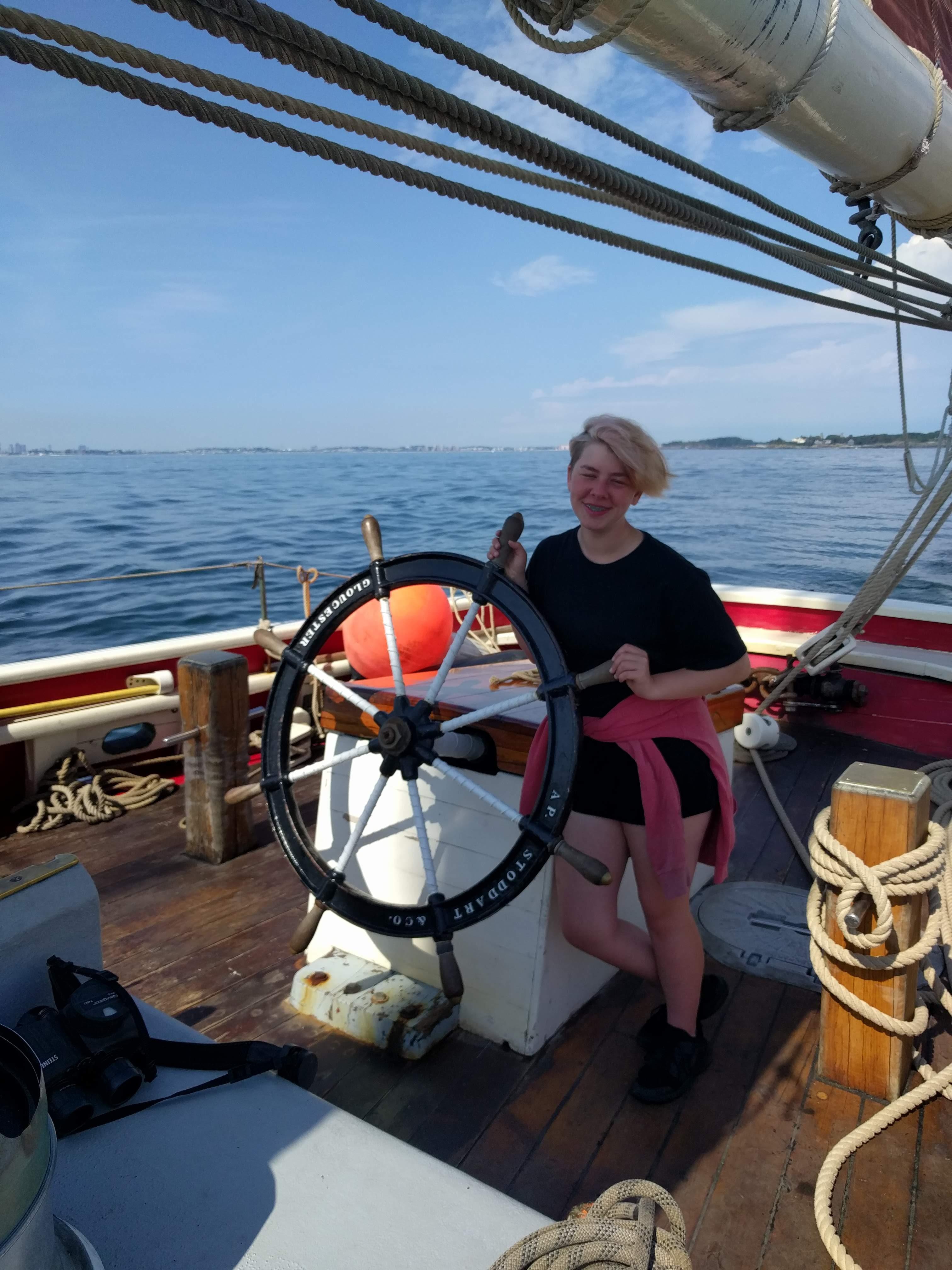 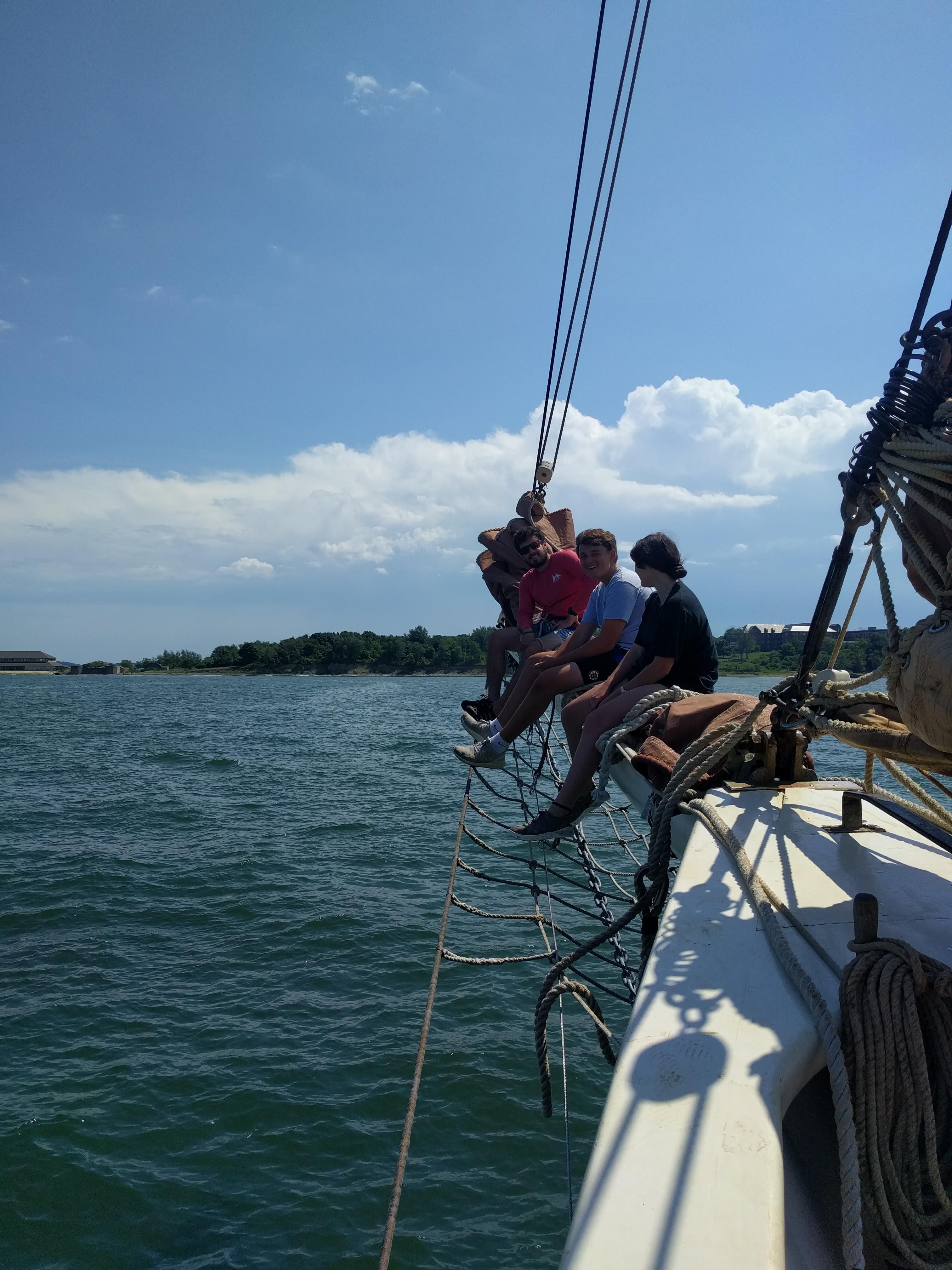 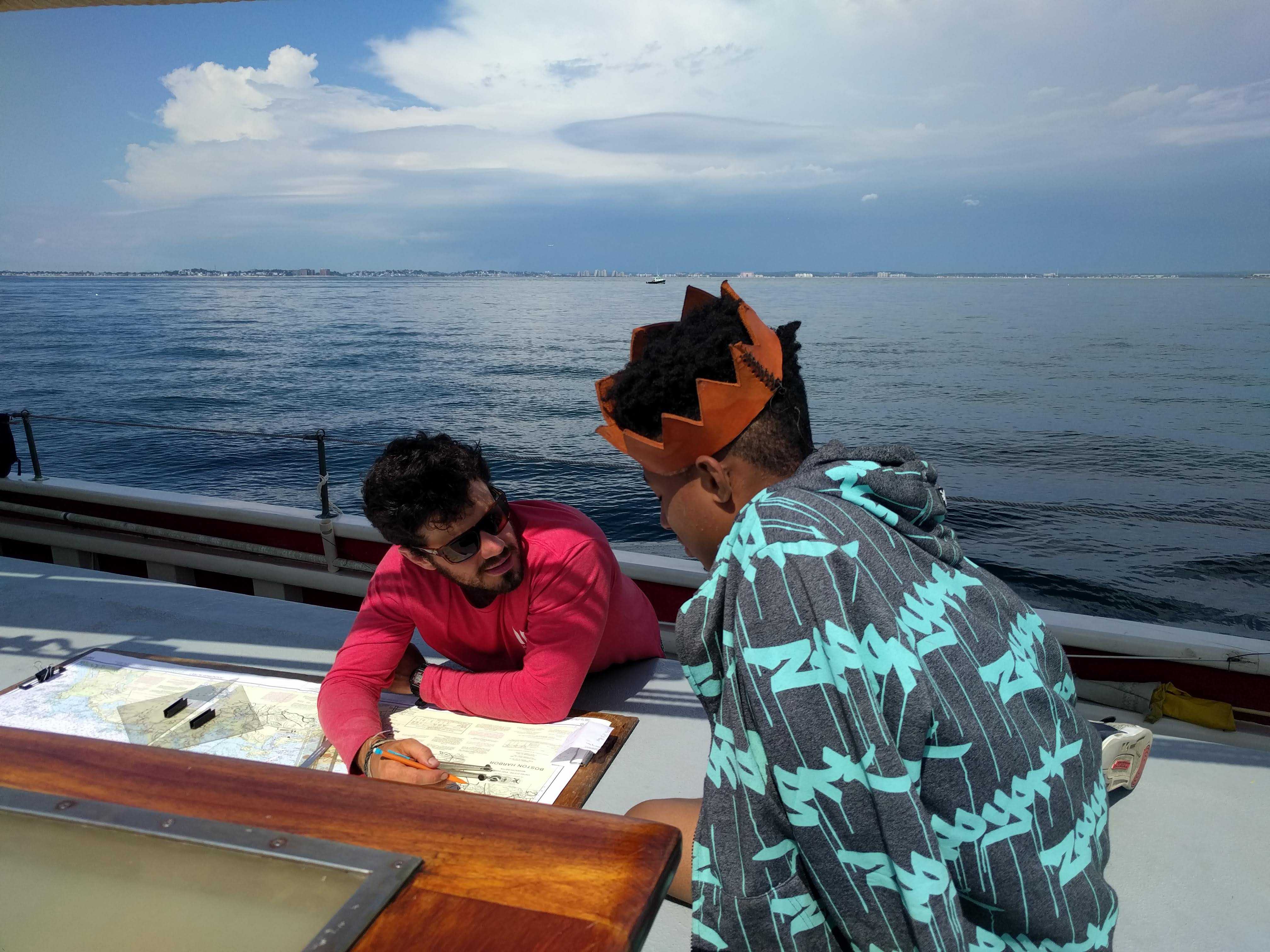 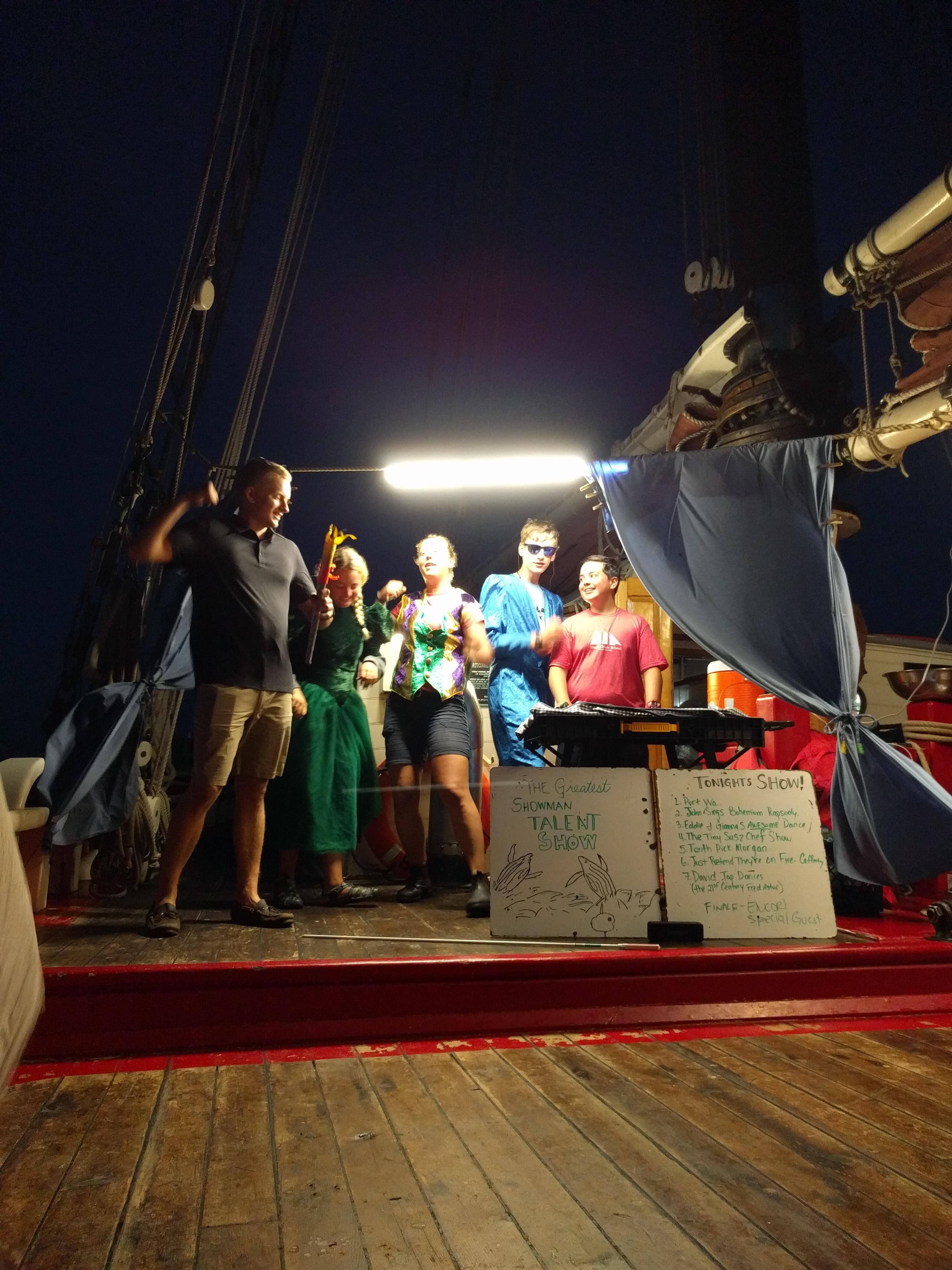 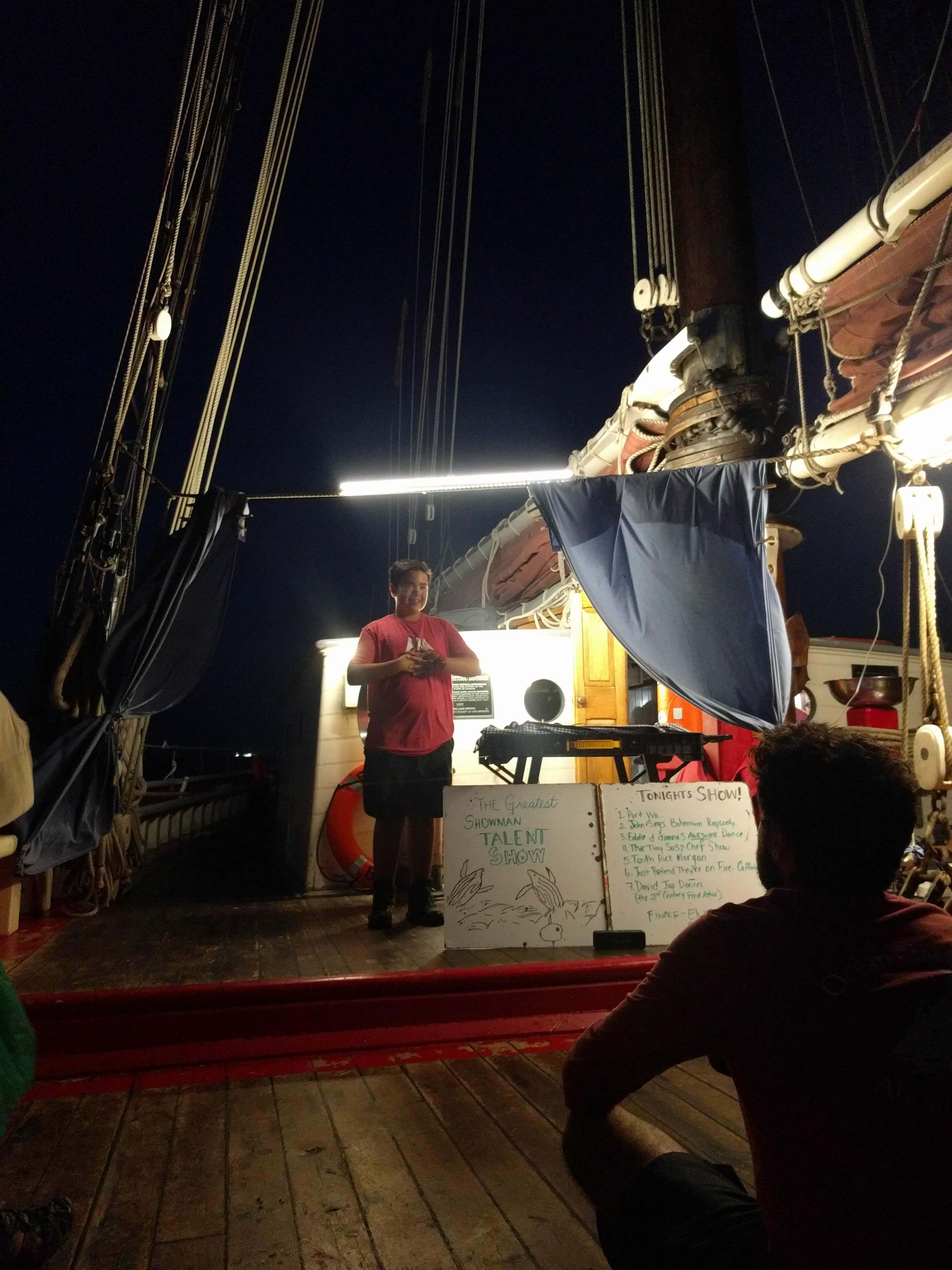 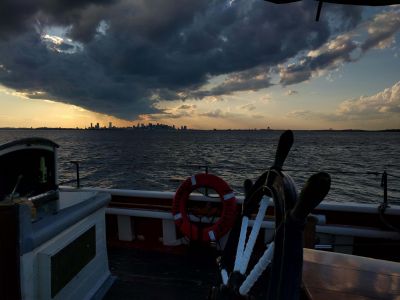