Today I awoke at about 0600 to stand anchor watch. I did a boat check which included checking bilges and the weather. For breakfast we had some flapjacks and bacon and eggs. It was pretty good. Today we are still in Gloucester. After breakfast we had a small break and then we had a lesson on weather with deckhand Brandon. After we had that lesson we had another lesson on some history of Gloucester. This included how ships were made and where they were made. We also learned about special landmarks. Then we did something which I thought was really cool - it was going on a tour of Gloucester with the ship's 2 small boats. We saw many of the landmarks included in today's lesson. These included the statue to commemorate sailors lost at sea, the statue to commemorate sailor's families, where boats were worked on, and we also saw a pretty cool small castle.

After we finished we put up our small boats and ate lunch which was falafel with pasta and salad. I personally thought the salad was great. We did some more work on the boat especially with the small boats, bringing them back up on deck. We planned for our rap battle which would be 2 watches against each other. Not to mention we also had a swim call. I personally did not swim but other people did. We had a snack too which was some cookies and scones. Dinner today was some shepherd's pie and salad. Port watch washed dishes. I am very excited for tomorrow where we will set sail to the Isle of Shoals! 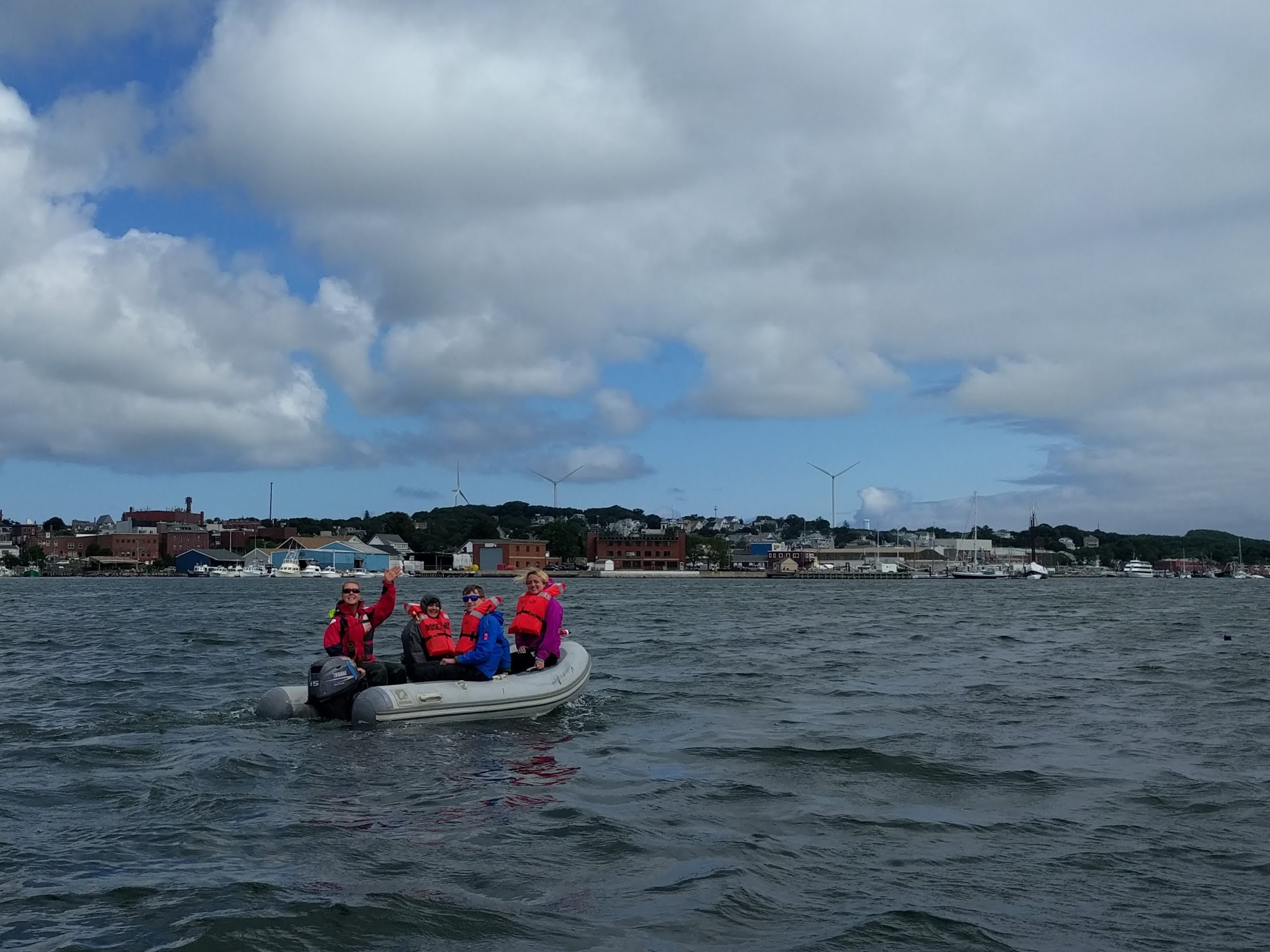 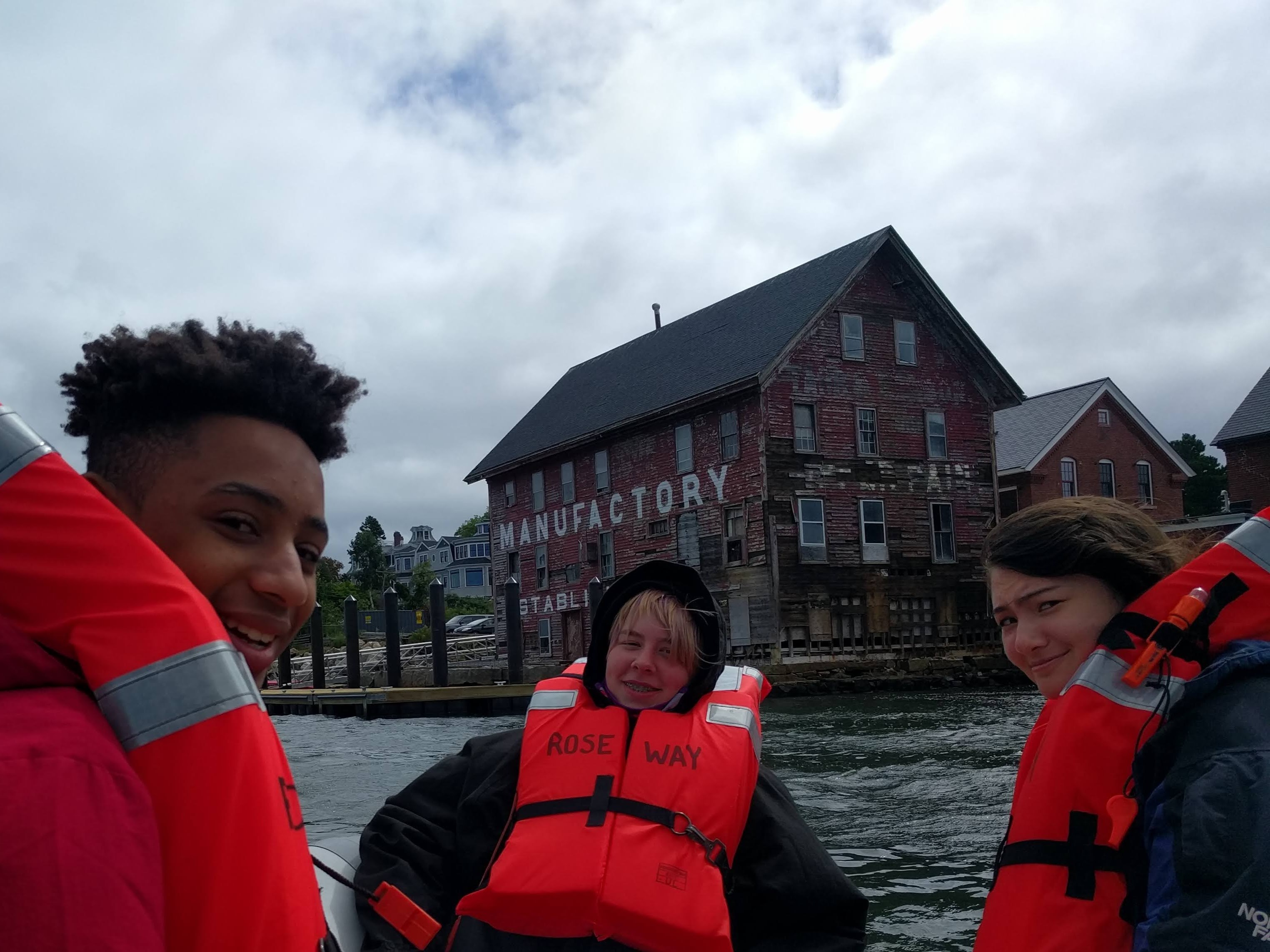 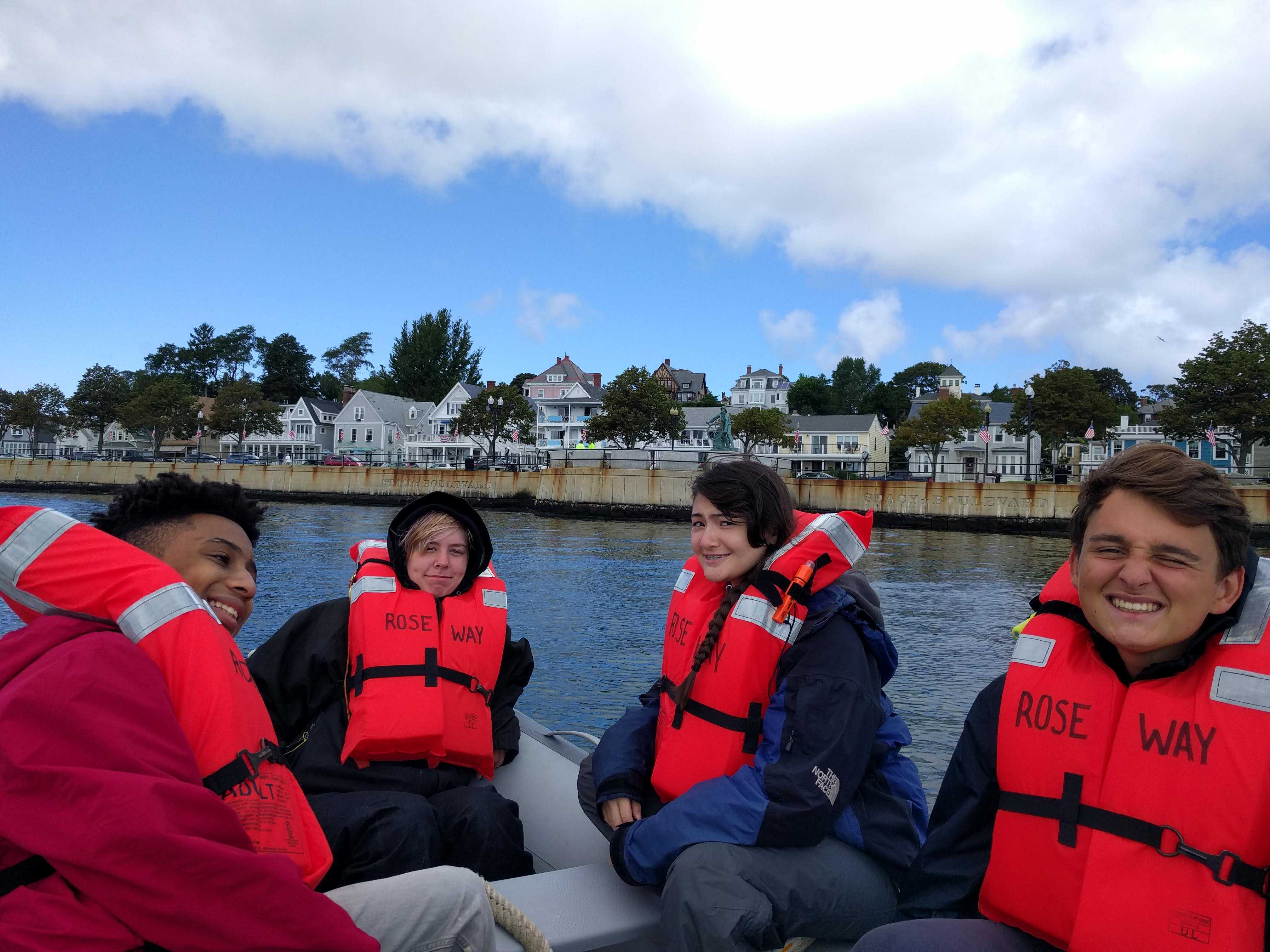 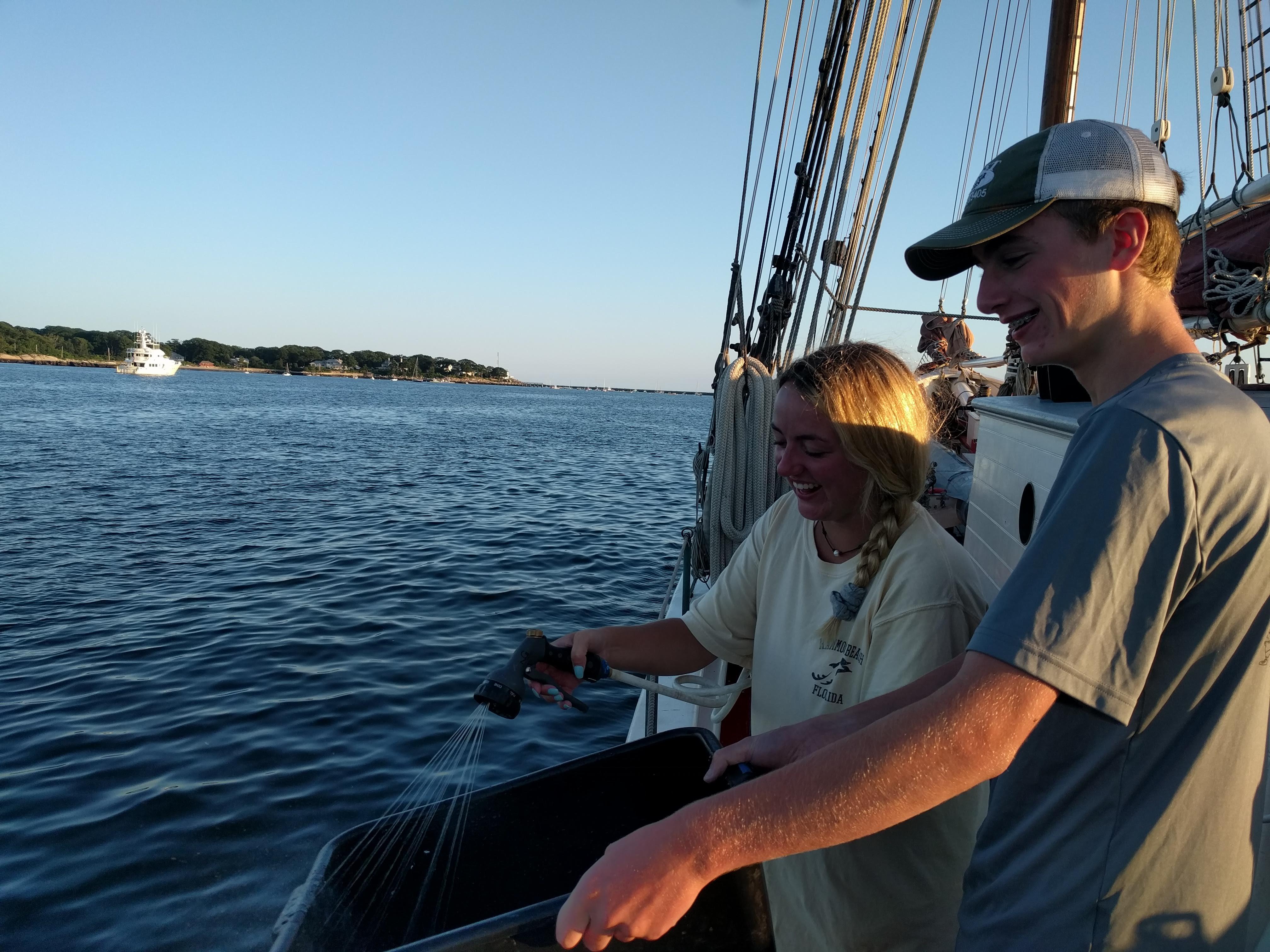 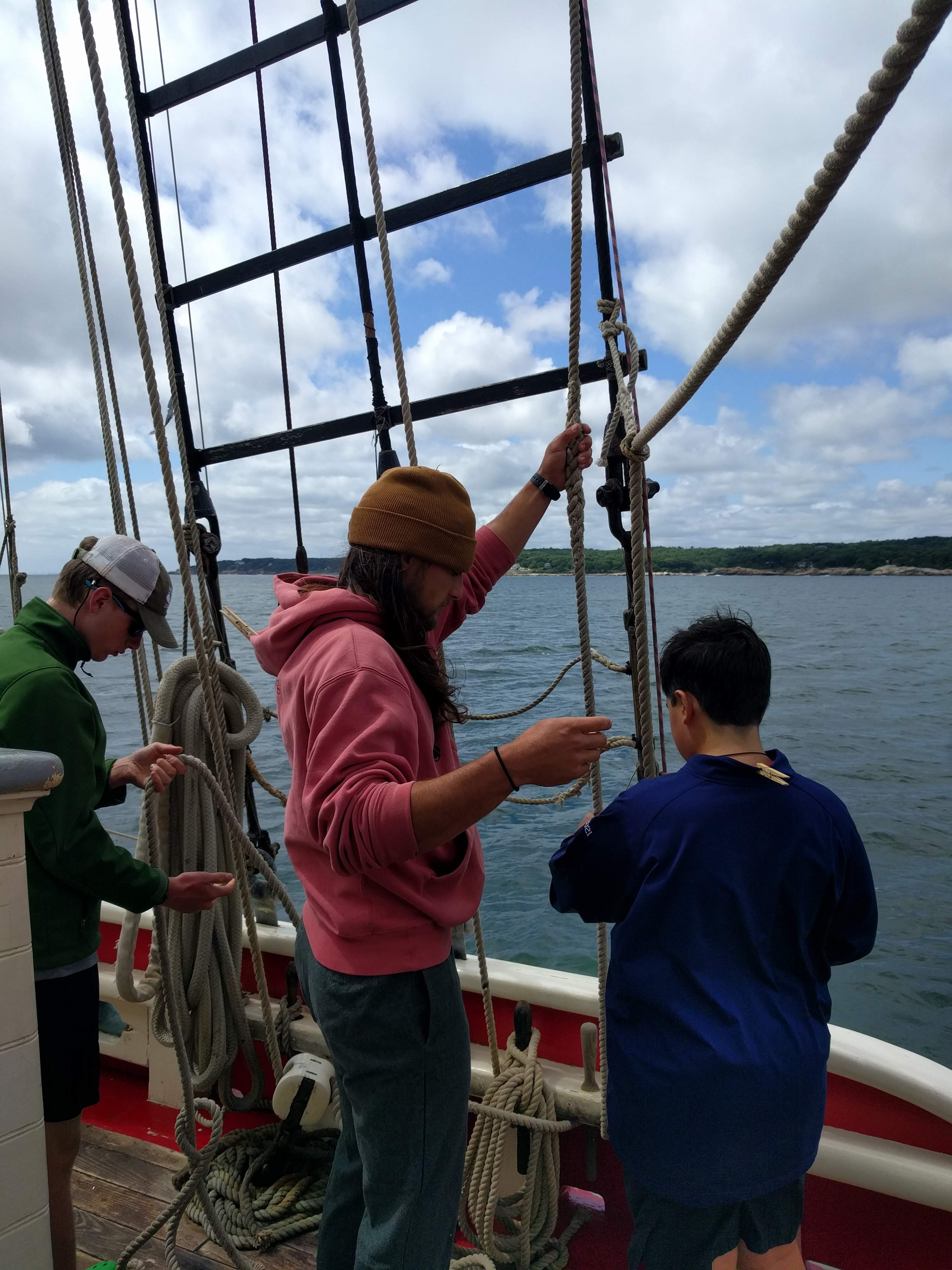 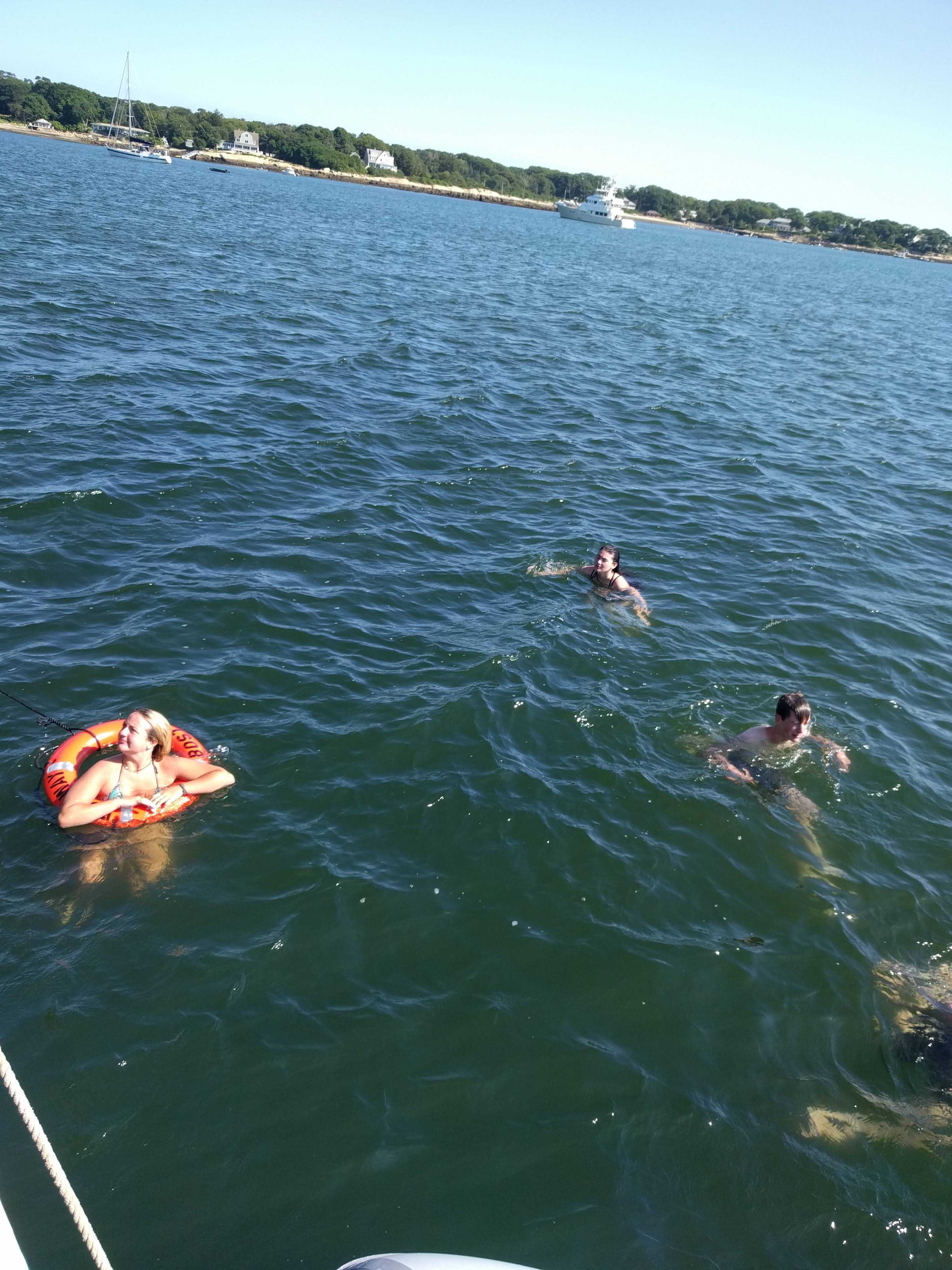 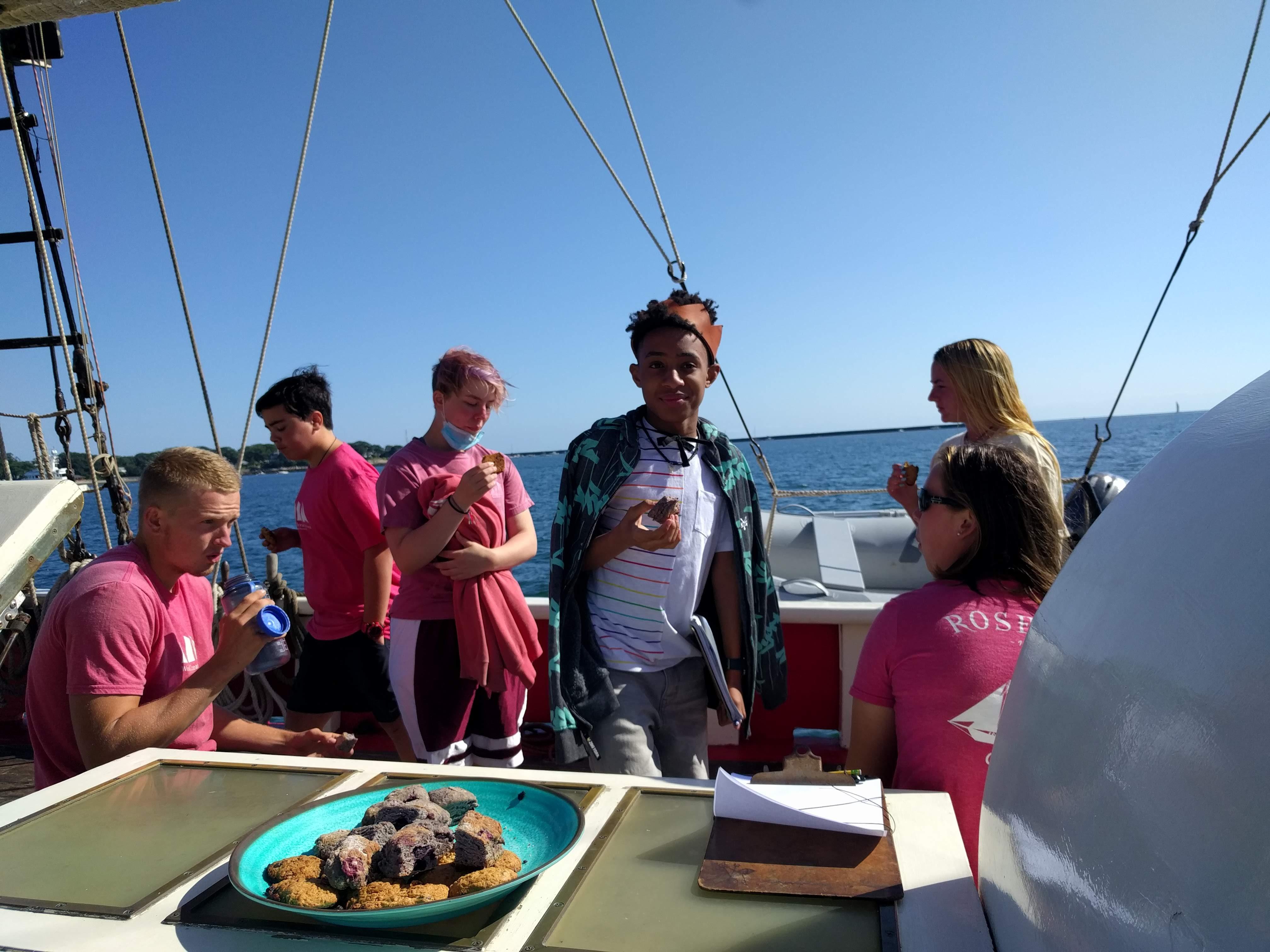 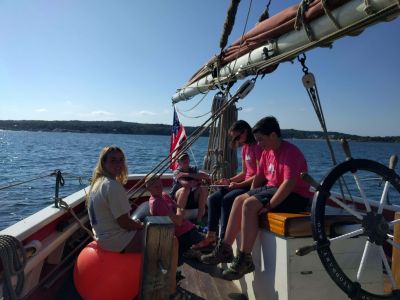