I’m writing this entry as we watch the sunset one last time at sea as we are bound for Charleston later tonight. When we woke up this morning the seas had calmed down after a rough few days sailing along the Gulf Stream. As we have learned many times during the sea term, plans often change which means we all need to be flexible. There was also a chill in the air around breakfast which we haven’t experienced in a while. Most of us got right to work since we have a busy week with finals. Our first class of the day was English on deck and afterwards we had a quick lunch and I then took the deck with A watch we found out shortly before watch that we where heading straight for Charleston and it was A watches last watch during the day. After my hour on helm we had a debate in history which was our final one. After class I went aloft for the first time underway and it was amazing, the water was calm and blue for miles as the sun began it’s descent. When I was back on deck everyone was starting to gather forward to watch the last sunset and we saw more dolphins. We’re all both sad and excited to be going home soon but glad this journey happened. We’re now getting ready for dinner and then I am Junior Watch Officer tonight from 2000-0000 so its my job to get us into harbor and drop anchor. Even though we are now ending in Charleston in a few days I’m reminded its about the journey and not the destination! 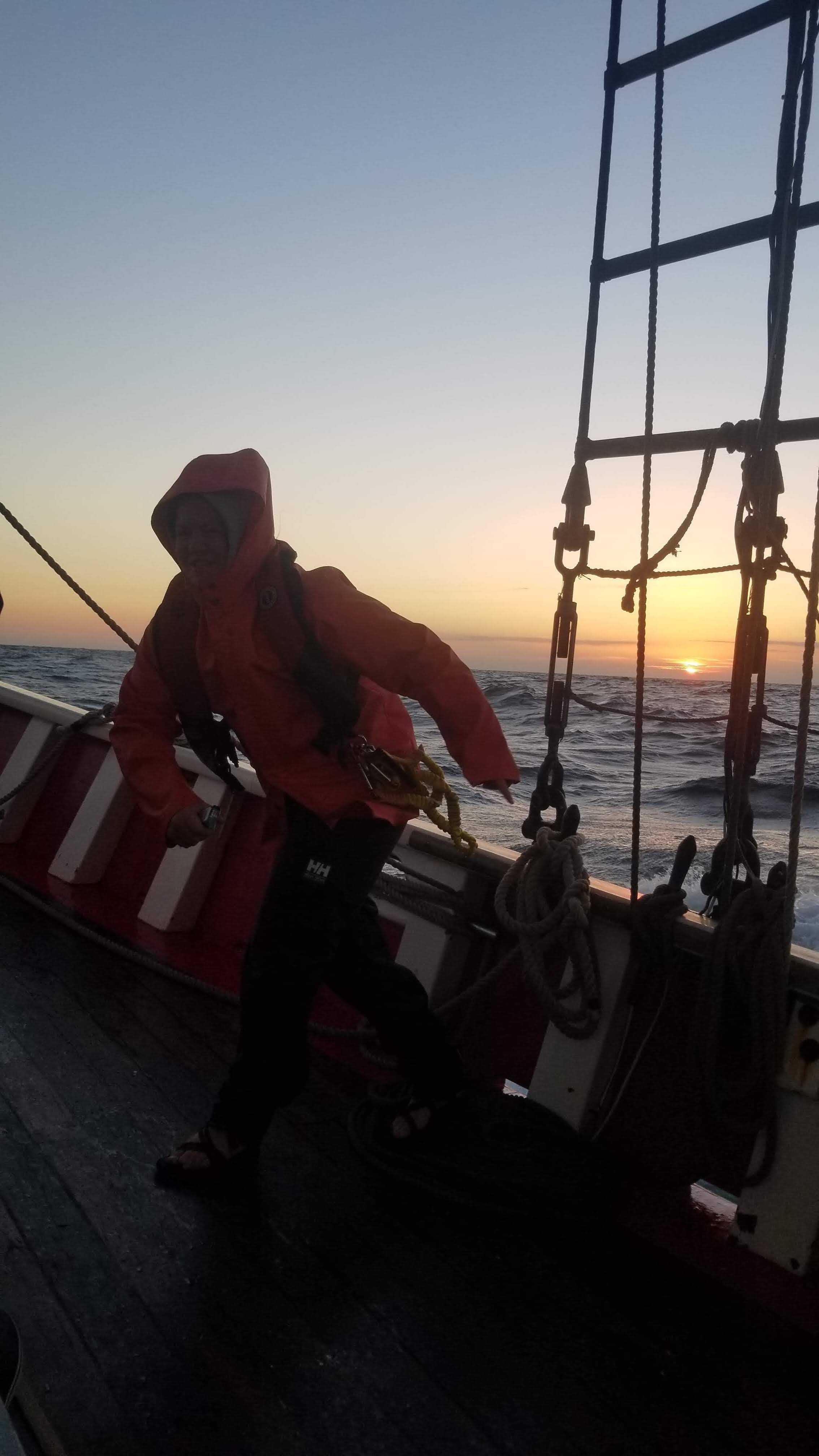 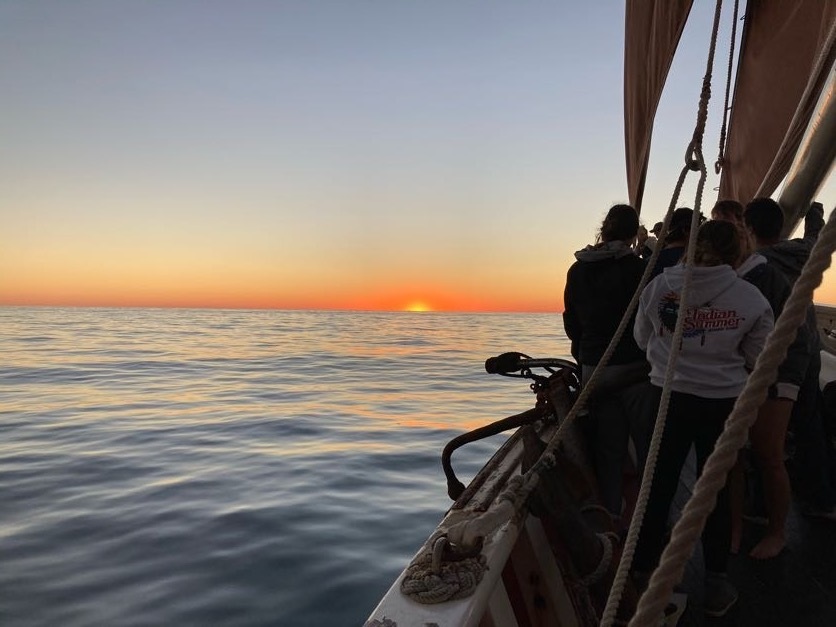 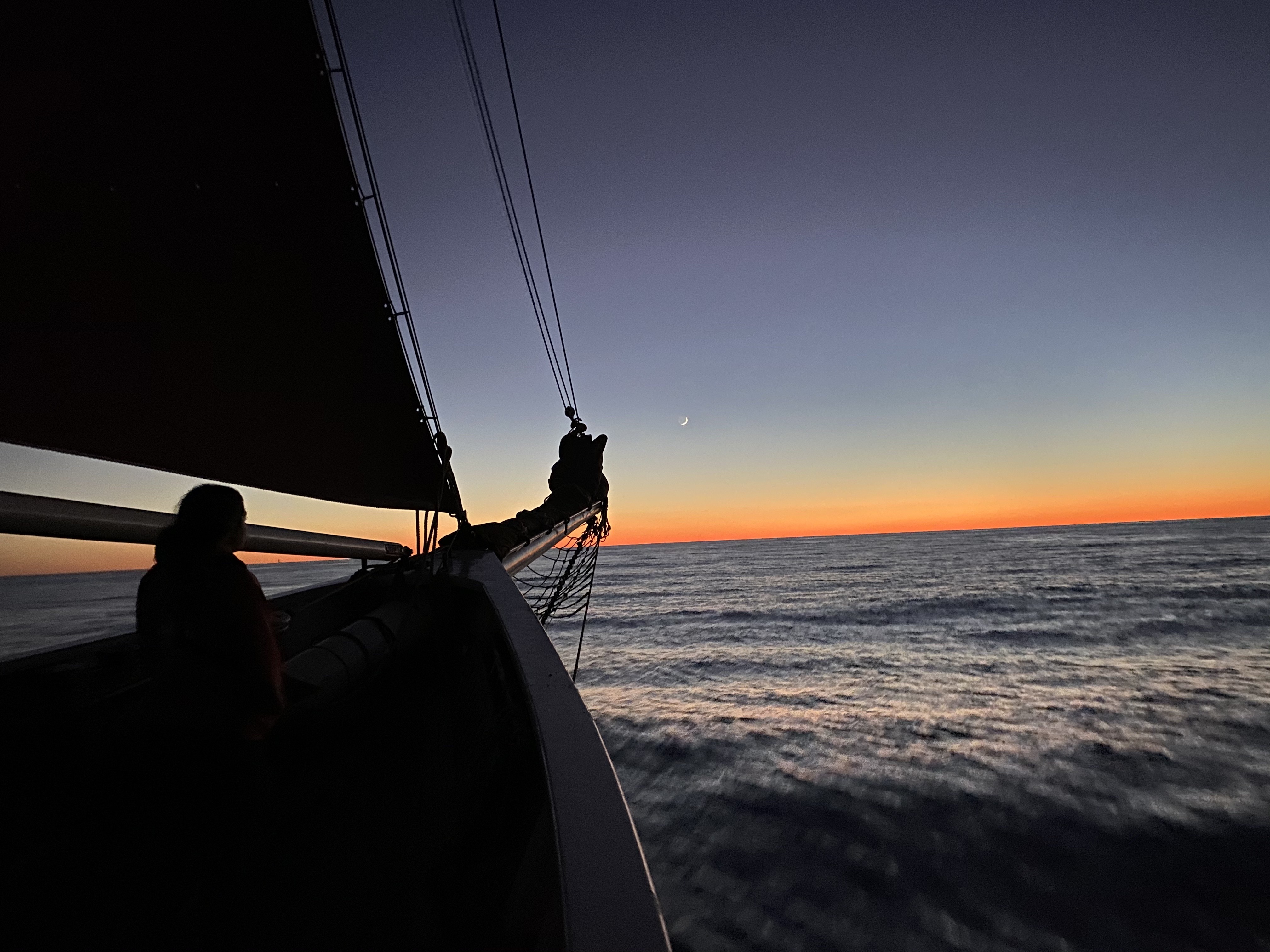 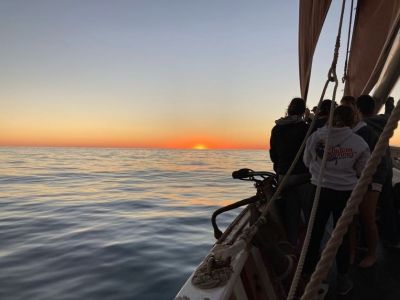