We all sat in a circle. The room was dark and all of us looked around not sure who we could trust. We had all just been handed playing cards by the two game masters, Thane and Mr. Terry. Mine was the joker and I was a werewolf. We handed back our cards and the game began. Almost an hour later, after all the other players had been voted out all that remained were the werewolves and we had won. Before the darkness of this mafia the day had been spent at our own little Roseway spa. After a few morning words from Captain about Veterans Day we jumped to morning chores. Then an amazing breakfast prepared by Cameron including chocolate scones. We started class with Navigation where we continued to learn about the rules of the sea with a case study we had read the day before. A short time after that was history where we moved to an isolated pavilion owned by the hotel we’re docked at. Today we focused on inventions and government, how they are formed, and how they eventually contributed to slavery. We caught a tiny lizard for a little time before releasing it and rushing back to the boat for spa day! The entire boat had been transformed with stations set up where crew could show off some of their spa skills. My first stop was with Nick, our engineer for some “masculine manicures” which we did with sandpaper (120 works best). Next stop was a fresh water shower which felt amazing. After we had hand massages with deckhand Morgan aka “Rico Suave” which he adopted for the event. My hands smelled like essential oils as I moved over to the tarot card table with Leona. My card reminded me of friends at home and made me wish they were here. Today Thane gave us an option that if every student got aloft cleared by the end of the day then he would help us with our final grade and we all got cleared! A good day indeed! 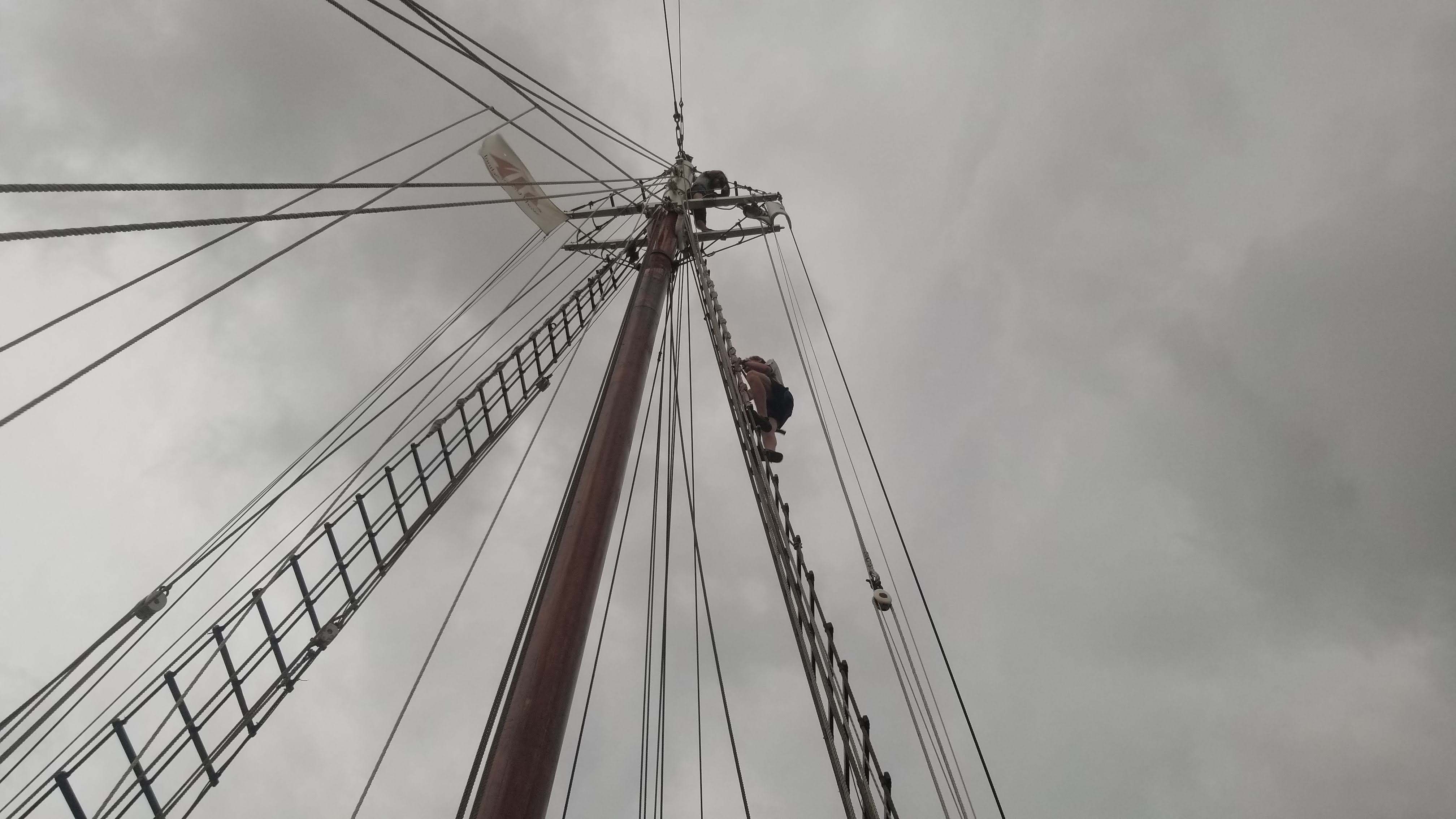