Hi all, Aubrey here! Happy Halloween! We had the spookiest day here aboard Roseway in Charleston. We moved from our anchorage to a dock just outside the city. The marina was nice enough to gate off our end of the dock, allowing us to stay in our bubble. From a distance we were able to see people out in their costumes enjoying the holiday. A lot of the students dressed like crew and vice versa. The similarities were quite freaky! There were a lot of other funny ones like Hilary Clinton, Dora the Explorer, and my personal favorite- Jasper, who found a big green ball gown and made a paper crown, calling himself “Princess Jazzmine.” I dressed up with a friend, calling ourselves “Barry and Larry”, who both enjoy fishing, golfing, and long days at the country club. We had a whole story and nailed it! After dinner we masked up and Holly and Tiffany took us to a park near the dock. We enjoyed the time to stretch our sea legs as we ran around a big field and played in the playgrounds. However soon our engineer Nick ran over to the park in a hurry to bring us back to Roseway saying that we had to immediately get underway to Savannah. (he played the part so well that a lot of us believed him, embarrassingly so later). We all ran back to the boat and into the fo’c’sle for an all hands muster, where a crew member Morgan scrambled down the ladder in a panic saying the rest of the crew had gone mad and that it was up to us to start the engine and get out of here. We soon realized that this was all a Halloween prank and that we were about to go through a haunted ship that the crew put together for us while we were at the park. Morgan brought us up into groups of three and we went through an elaborate maze around the boat. I kid you not when I say it was just as scary as any professional haunted house I’ve been to! We walked through all the living quarters climbing up ladders, walked though emergency fire hatches, and crawled around the salon all the while crew members jumped out and grabbed us, hiding beneath sole boards and chasing us around the deck. Flashing lights, spiderwebs, and mazes of sheets hanging from above made it all the more spooky. We all pitched in a bit for cleanup and then hit the racks for a night of dock watches under the Halloween moon. Much love from Roseway! 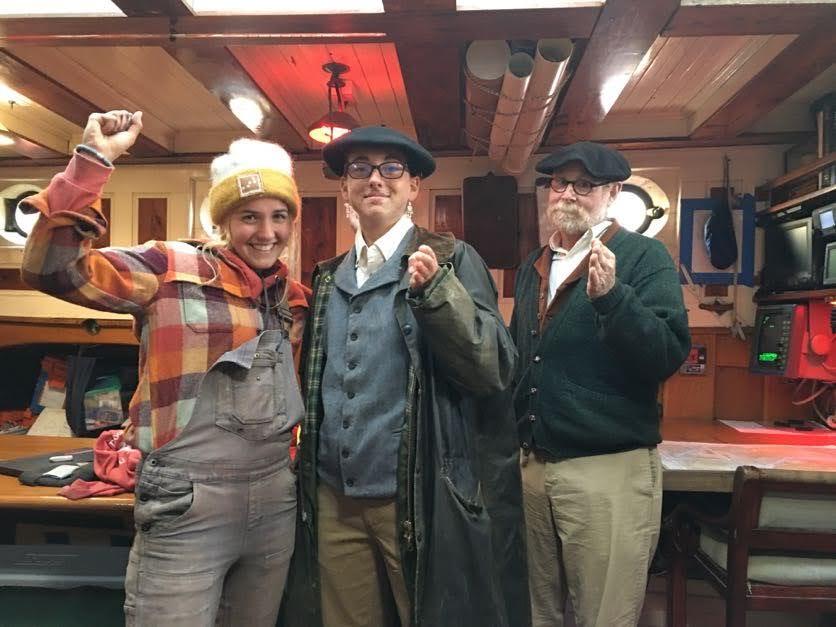 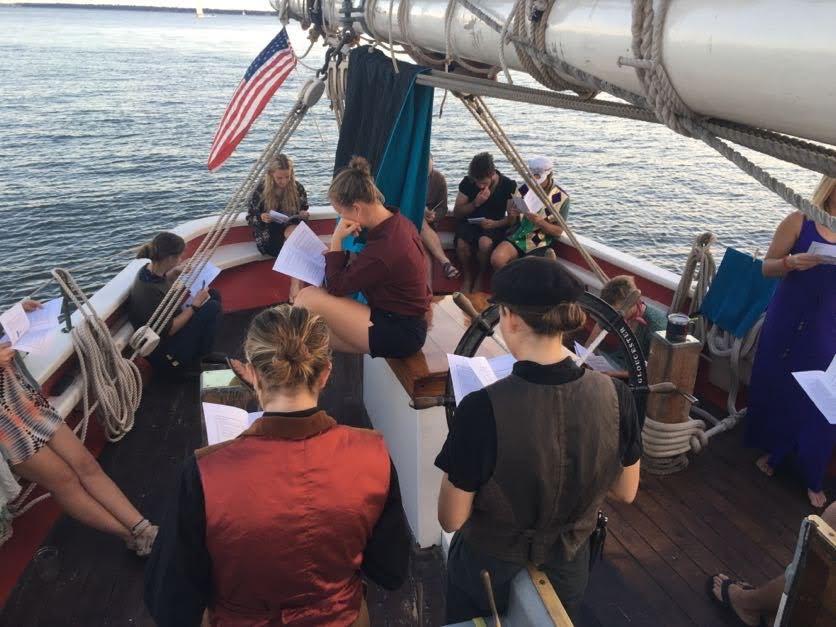 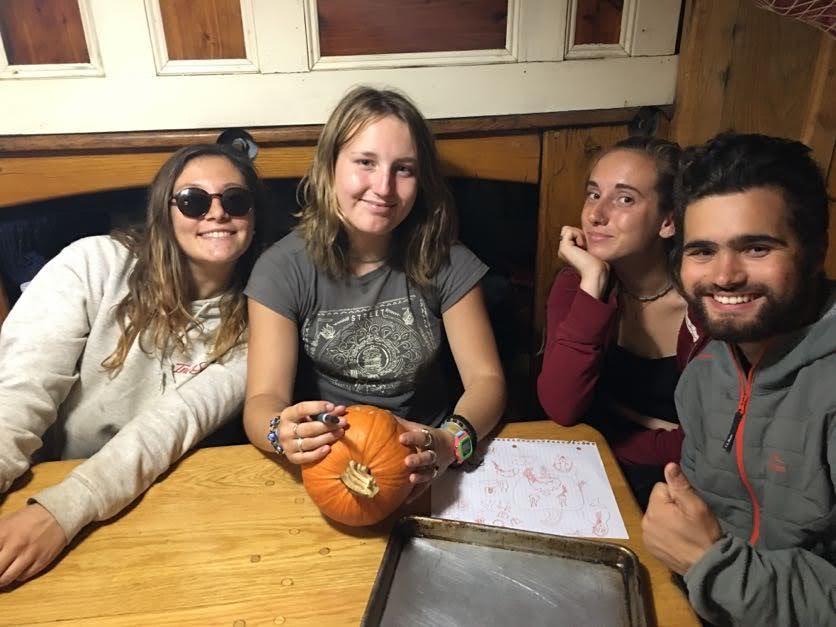 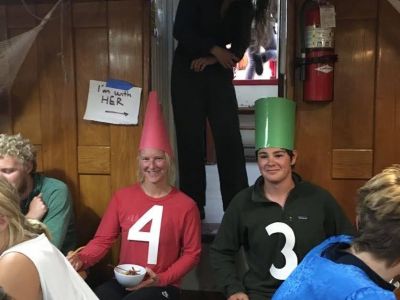