Voyaging off the South Carolina coast at McClellanville, SC

Wow what a day! We woke up early this morning to a bright and beautiful clear blue sky and the sun rising! We were the oncoming watch so we ate quickly and mustered for watch. As I walked up forward to relieve the forward lookouts the motor slowed and there was much laughing and yelling coming from the quarter deck. Naturally I turned and headed back there as Ms. Miller-Shelley and Mr. Terry hauled in a massive king mackerel! It was a huge catch and an incredible way to start the day with such a successful first catch. I then returned to relieve forward lookout. I stood at forward lookout for ten minutes or so before dolphins began to swim around us. They have been doing a lot of that lately. As the day progressed it only got better- the blue skies held and the sun shown down on our port side for most of the day. After lunch we were able to take bucket showers on deck with the bright blue water that surrounded us. We also did laundry and felt less gross after being able to clean ourselves and clothes. As the day wore on we headed into acting mode for almanacs. Today my watch acted out an engineering skit which we hope went over well and got a lot of laughs. As we came onto watch at 1800 I headed into being the naviguesser. I got our ETA to Charleston harbor which will be at 0400 this morning, right as we come on watch. At 1900 we had a switch in our watch and I headed to dishtater (which means in charge of chores for that hour). One of our chores was to furl the jib, which I led. While Saul, Kingsley, and I were out there furling the jib we heard a jump from below us and some splashing. When we looked down into what had become dark waters, we saw dolphins cruising along with the bow of Roseway. The moon just barely making out their shapes gliding through the smooth water. Hope all is well on land. Peace and Love. 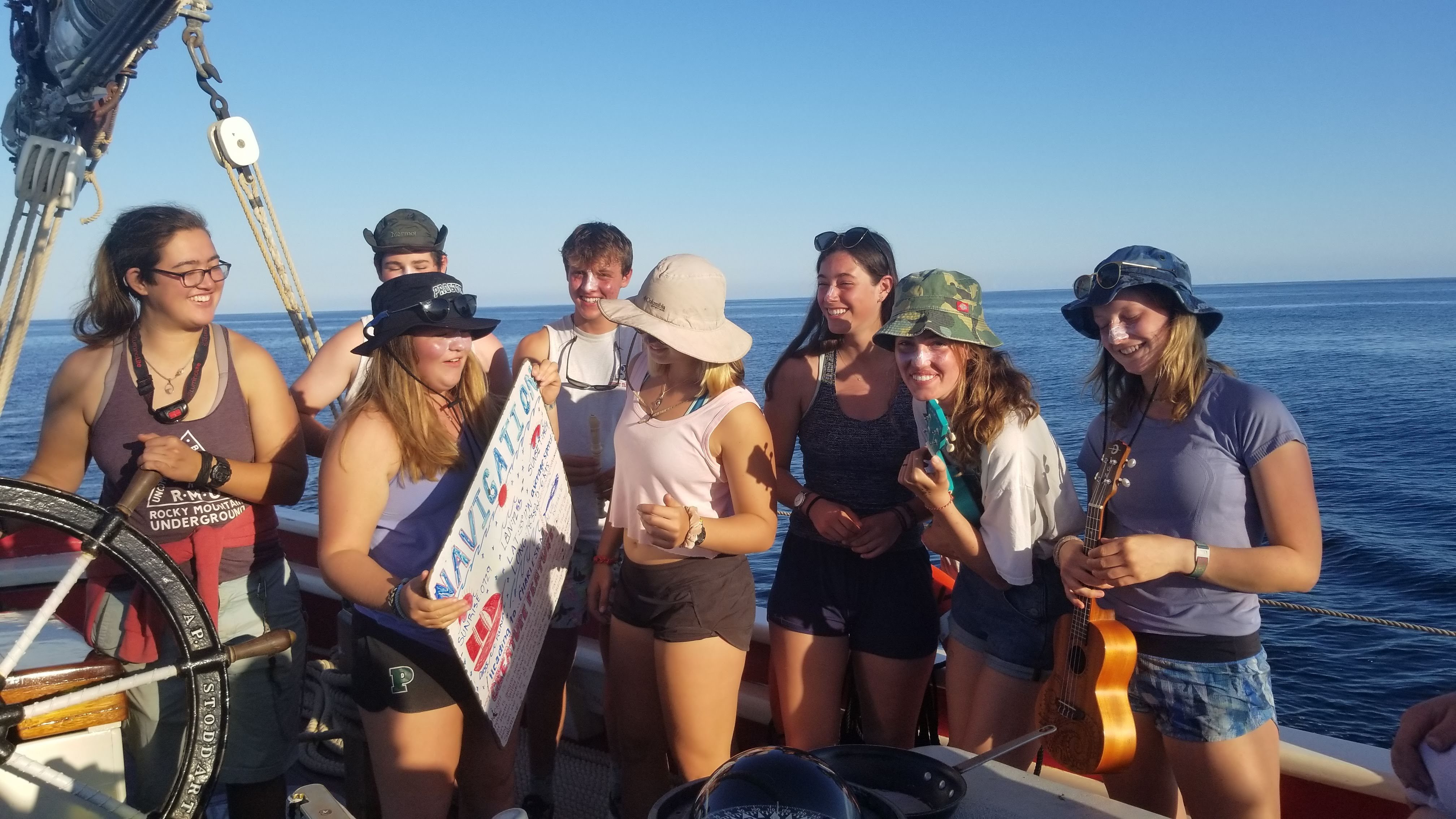 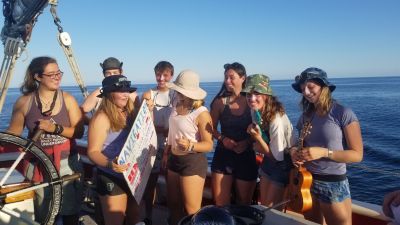