The day started out for me with an earth shattering rattle. I was already throwing on my pants when Mitch came around to wake me up. The anchor had been dropped- time for exam day. After a wonderful smoothie bowl breakfast by Tori the tension in the air was palpable as we all flipped through our science notebook for some last-minute studying before the fateful moment when those sheets of paper would be handed out. Thane cut through the tension with a moment during literature class with sea shanties. We even had a guest appearance from chief mate Ms. Miller Shelley. Then, after a quick lunch, it was time for the test. The questions flew by and soon it was over. After everyone finished our science teacher Holly peeked her head into the salon where we had all tiredly gathered, and we heard “Swim call!”. I rushed to grab my bathing suit and towel knowing from almanacs the day before that the water was almost 70°. With the sun out it was the perfect day for a swim. None of us were disappointed. We stayed in much longer than the five second plunges in Maine. Cam was the one who started the competition, but whoever it was who started it, I ended up hanging with the tips of my fingers from the scuppers and my body half dangling out of the water. I kicked once, twice, three times. On the last kick I pulled myself up, shooting an arm up to grab a hold of the railing over six feet above the water. The tips of my fingers grazed my next hand hold but instead I fell, not for the first time (or last I am sure) back into the water. The goal? To get out of the water without using the ladder. For what must have been thirty minutes Cam, Thane, and myself threw ourselves at the challenge to no avail. Soon Mitch and Dylan joined in, still with no luck. Finally, Mr. Terry who had been watching every failed climb, jumped in. After five tries he grabbed the hand hold, pulling himself up like it was easy. I think I was the closest student to getting it but by the time I got the right route I was already too tired. After the swim we had some much needed time to relax. Some played their instrument of choice, some read, and some like me listened to others play their instruments. Dinner came and went and my watch was on dishes. Outside on the dish bin team I caught the last of what can only be described as an awesome sunset. The music from the galley prompted a crew dance party and we got to see another side of our mates and deckhands. Finally we all settled in to study for our next exam the following day. 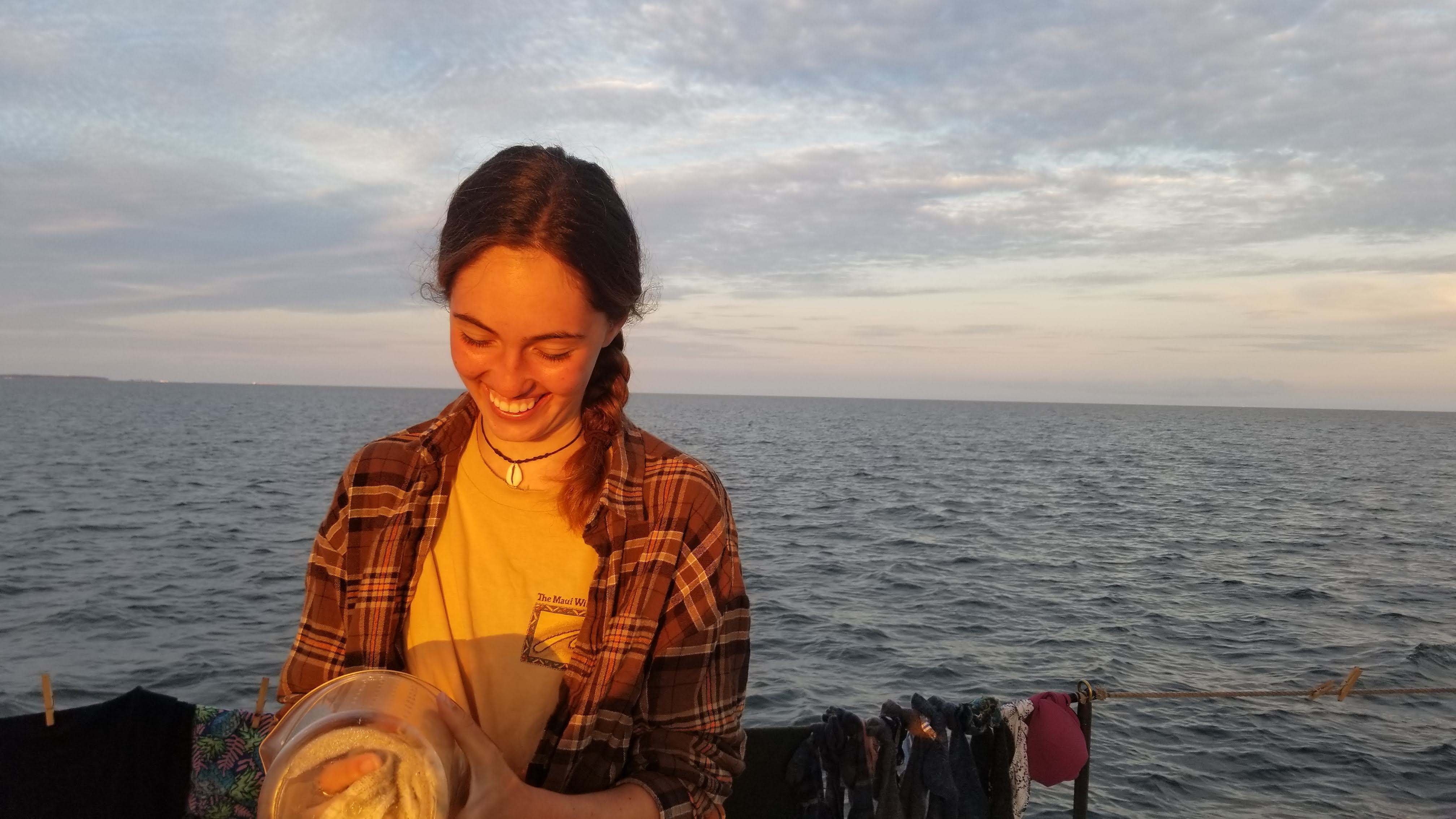 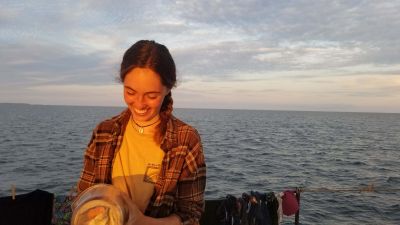