Today was a much needed day of rest and relaxation. Midterms are coming up, so we had the day off classes to study. After breakfast at 0800 though, I took advantage of the fact that I had a draft done for our most recent essay assignment and went back to bed. After my much appreciated nap, I studied for my marine biology midterm for an hour and a half or so. Next came lunch, then provisioning! A big old truck full of food pulled up next to us and we fire lined food into the galley and salon. A fire line is an alternating line of people that hand each other items like a conveyer belt. I was in the spot right in front of the galley door, which was interesting because I would occasionally have to play tetris to fit a giant bag of beans between the foremast and the doors, and then in. After everything, all the boxes had to be broken down, so I helped a bit with that. However, there was a more important task- ice cream. Part of fitting new food into the galley is that old food needs to go. Thus, the ice cream had to be eaten. Many hands gladly helped in the process and the two pints were gone in minutes! After provisioning, we donned our masks and headed to a nearby green patch for some land time. We played sharks and minnows first for some running around, and then we played salad bowl. Salad bowl is a group favorite of bunch of funny or weird phrases are written on small pieces of paper, then one person from each team tries to make them guess the words. We always have a lot of fun because it is a chance to just be ridiculous. After our break, we went back to the boat. Once back, Saul, Jake, Morgan, and I played another ship favorite game, Settlers of Catan. Catan is a strategy game based on building settlements. You can trade, build, and cause insane amounts of stress and suffering. In other words, it gets intense, and particularly in this game. The first hour and a half saw 3 natural disasters where all the value tiles are shuffled and replaced, but nobody in a clear lead. Dinner saw a temporary pause in proceedings, but in the second round nobody held back. We robbed each other settlements, built roads to impede others progress, and took the game down to the wire. On the last turn, Morgan had 7 points, Saul had 8, and I had 9. 10 points are needed to win. Morgan’s turn came before mine and as I planned out how I would get victory, I had a cruel moment of realizing history is often unkind to its subjects. In a legendary plot twist, Morgan got the three points needed in one turn and took the win right from under me. It was one of the closest games I have ever been apart of. As it stands, Morgan leads the scoreboard with 5 wins due to a recent hot streak. Behind him is Thane with 3 wins, who hasn’t played in a week. Next Cameron and I both have 2 wins, Dylan has 1, and Saul, Jake, Torie, and Hannah have yet to win. And yes, mom, I did make sure I had all my work done before playing. 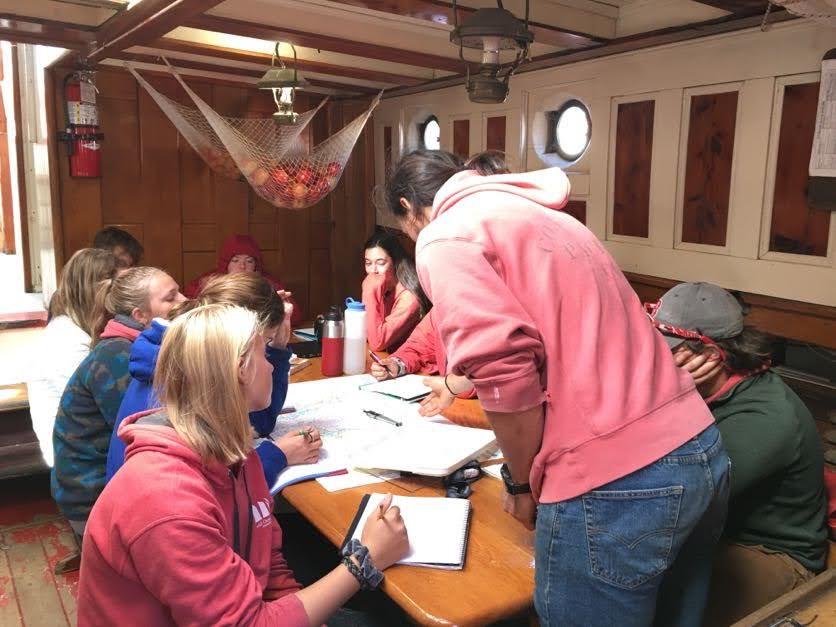