With the New York City skyline off the starboard bow, Roseway sailed down the Long Island sound. It was one of our first days sailing with no motor and with the boat perfectly heeled over. After being docked in Mystic for five days it was nice to get back on the water. The sun was shining, the wind was blowing hard, and the sails were full. Since we had all gotten used to anchor watches and not four-hour watches, a lot of people spent the day sleeping. Sean had one of his few days off, so Ms. Miller-Shelley had a build your own breakfast sandwich station for the morning. For lunch Nick, our engineer made a mac and cheese meal with chicken strips and coleslaw that went beautifully with barbeque sauce. Susanna made chicken pot pie for dinner and our very own Hannah Stowe made apple crisp for dessert. Fun fact, both Susanna and Nick used to be chefs before they came to Roseway. So even with Sean’s day off we’re in good hands. Even with protection from Long Island, the waves got pretty big and I got soaked a few times while on forward lookout. Normally I would have welcomed rinses like that but, being close to New York, I was a tad suspicious about the quality of the water. Another thing about coming to this city is it’s bringing out the eternal Boston vs. New York debate. I hope we get out of here before it gets too heated. Shout out Boston! 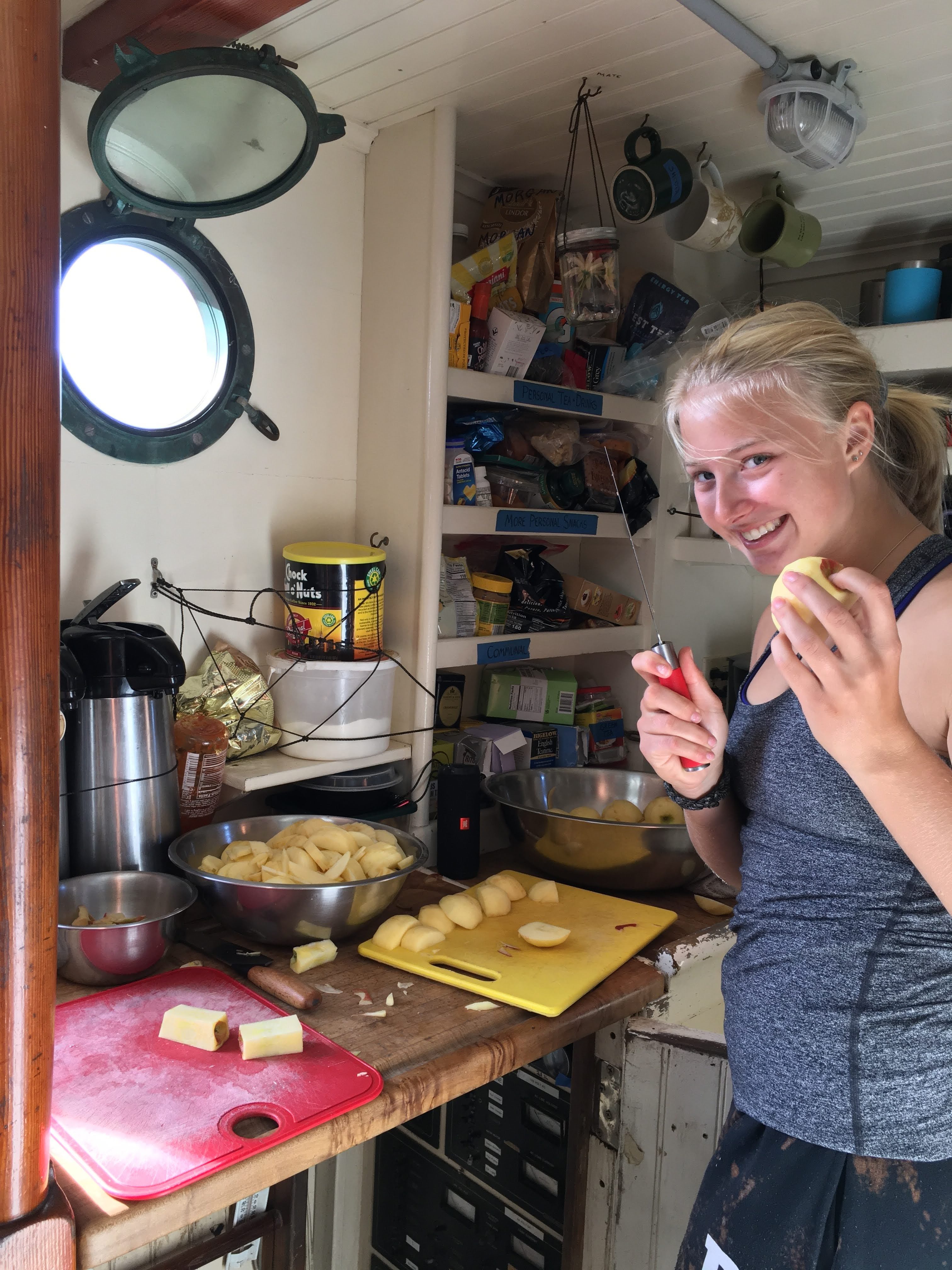