It has been a great day so far aboard Roseway as we are anchored in New London, CT. We plan to move spots later this evening and drop anchor near Fishers Island before setting sail for Mystic, CT and it sounds like we will have a fun few days there. When the seaport is closed to the public, we’ll be able to go on land in our bubble and run around for a little bit. We are all really excited because Captain told us he has some fun games planned like capture the flag. This morning after breakfast a couple of us went and hung out on the bowsprit and could see jellyfish beneath us in the water- it was really cool! Almost all of us are headrig cleared which means we passed all our knots and lines so we can go out on the bowsprit almost any time we want. We had a class before and after lunch and now most of us are getting some homework done before getting underway shortly. It looks like Sean is cooking some Shepard’s pie for dinner tonight which is my personal favorite from him, but everything he cooks is delicious. Had actually had fish that was caught by a Proctor alumni locally last night and it was really good! The fisherman’s son was on Ocean Classroom a few years ago and he always tries to do something nice for Roseway while it is in the area. Thank you!

On our way to Connecticut from Gloucester we were all hand- on deck setting the sails and right after we saw some dolphins. This wasn’t the first time we saw dolphins, but it was definitely the most we’ve seen. There had to have been at least twenty around us in every direction and some were right up by the bow. They were jumping in and out of the water and it was so much fun to watch them. We’re all so excited to see more marine life as we sail south. One crew member told us that we’ll see dolphins so often they end up feeling like squirrels by the time we reach Puerto Rico. We’ve had a great week so far and it’s so exciting to finally be making progress south and we are all now starting to feel comfortable with all our responsibilities as they grow and grow! 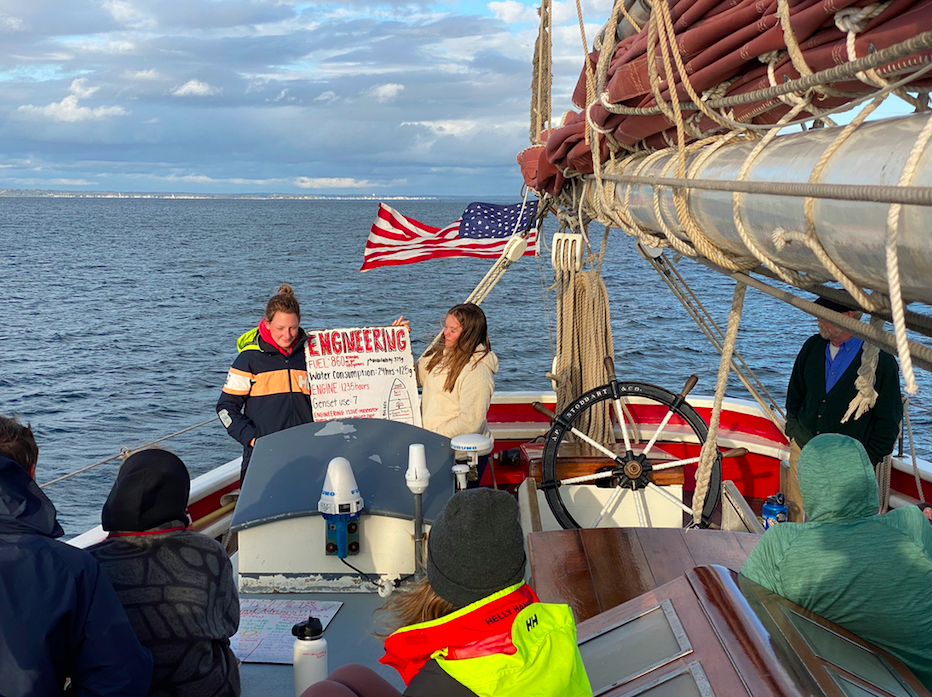 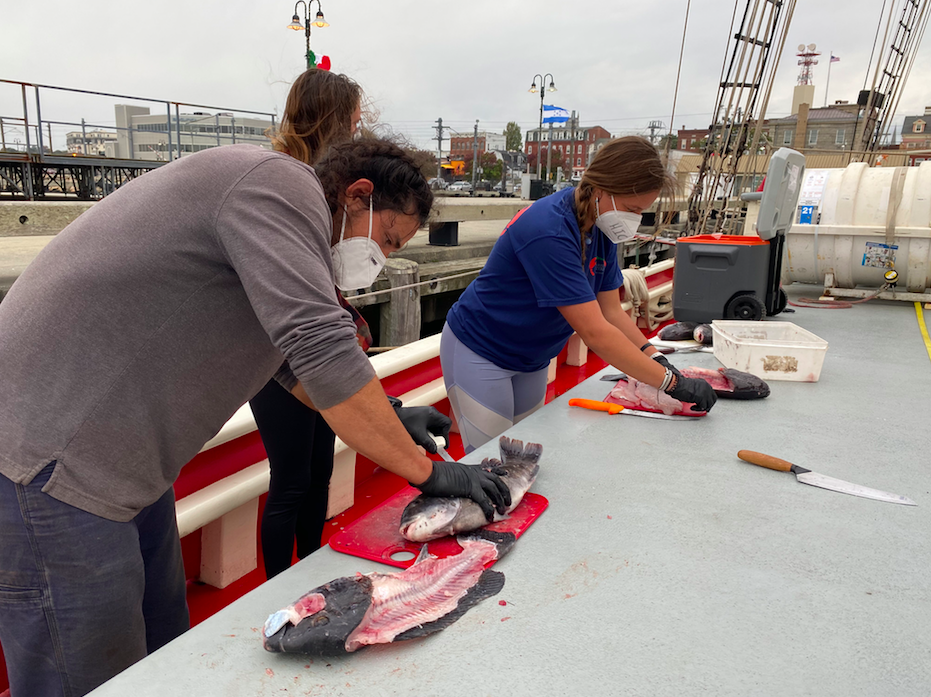 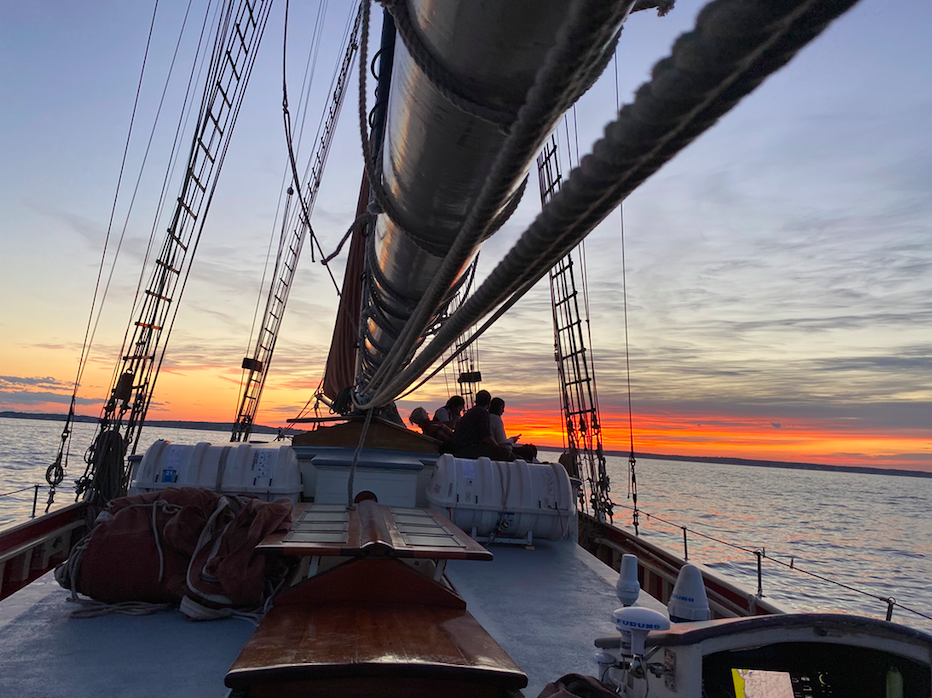