THERE! Finally I pushed the shucking knife into the oyster in my hands. There was a “shick, shick” sound as I scraped the top of my newly opened prize. The pale meat sloshed in a milky liquor. The smell of salt intensified! I took a breath, posed for the camera and thought, “down the hatch.” The taste of salt water was overpowering, and the texture silky yet somehow gelatinous at the same time. One, two, three chews and swallow. It was definitely something different, in fact that had been my first time ever eating an oyster. I can see why people say it’s an acquired taste. Not my favorite but I have no regrets. That was one of my goals from the start, to be open to trying new things. There is a saying on the ship that, “You never regret a swim call.” No matter how cold the water or how much you just want to stay dry, you do it anyway. The water is never as cold as you think. That brings me to earlier today, a swim call. All of us guys were changing in the foc’sle when we heard a puffing from Sean the cooks bunk. We all looked over and saw a giant glazed donut with blue frosting sticking out of Sean’s bunk, slowly inflating. Sean himself was red-faced slowly blowing up the swim tube. The water ended up being much warmer than we all expected, though it was still numbingly cold Maine water. Even still we all took the chance to get clean. Even some of the people that immediately scramble up the ladder (including myself) stayed in longer. The pool float, thanks to Sean, definitely helped. Later in the evening we had an amazing dinner made by some of our deckhands and Mates. It was Sean’s day off (hence the pool float) so the crew took over the galley, filling it with smells of their home kitchens with family recipes and their own twists on existing recipes. Today was a day of taking leaps of faith, whether that be off the side of the ship at swim call or with new food. Today was a good day. 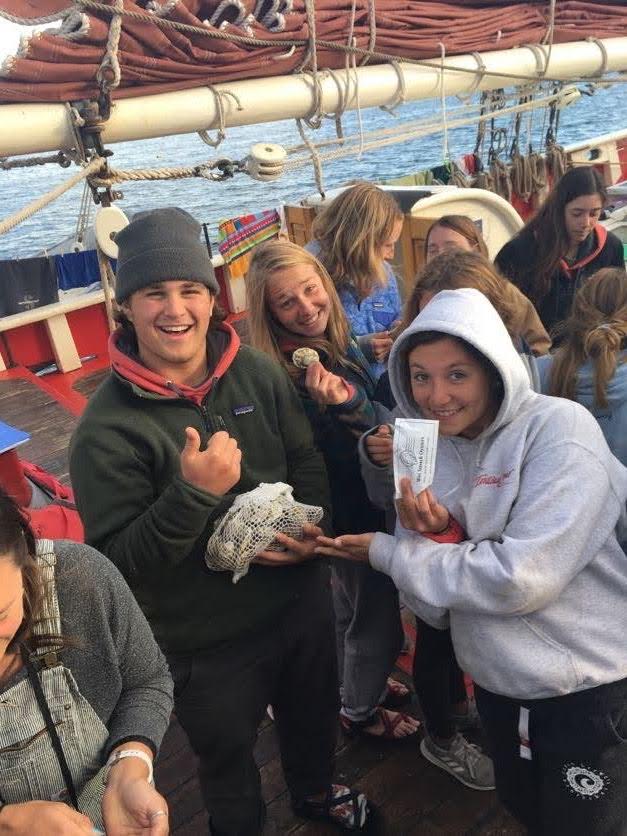 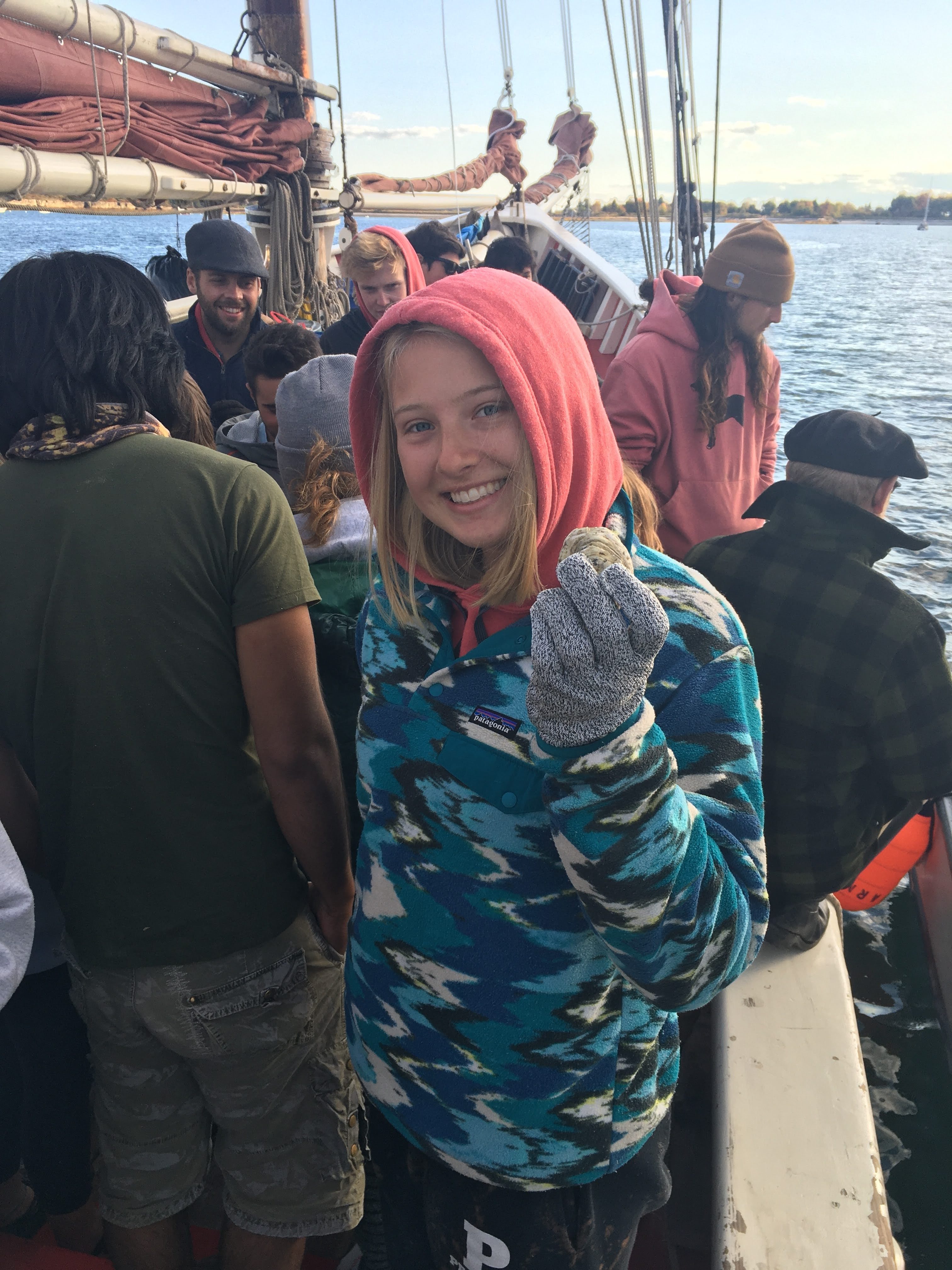 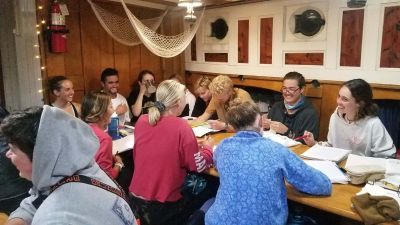