I was in the middle of an interview with the med officer, Cafferty, for a school project when the call for all hands on deck rang out. We are doing an exercise on setting a kedge anchor. Because of the full moon, the tide was a low drain tide meaning that the boat could swing towards the shallows. The kedge anchor would prevent this. The anchor is tied to a huge, thick line made off to a metal machine, the windlass, used to pull in the usual anchor. The kedge anchor works by being moved to deep water, then hauled on to move the boat to it. It is initially moved by towing it with the small boats to the area to be dropped. Ms. Miller-Shelley and Ms. Shooter drove the dinghies while Thane held the anchor fast to the boat he and Ms. Miller-Shelley were on. It took 2 small boats to drag the 300-pound anchor over to the drop zone. When everyone was ready, the kedge was let go and the line was eased out. When the kedge was set, all of the students hauled on the line to swerve the bow to the anchor. Our collective power and teamwork moved the whole boat! This is the way the ships of old used to move in a time before engines when sailing was not an option. It's exciting that now we have become accustomed to the goings-on on Roseway that, as students, we are comfortable enough to start doing complicated techniques such as Kedging. To use a recent personal example, as the foresail was being sheeted out, the downhaul, a line that runs parallel-ish to the boom, got stuck around the fish hold cabin. I noticed this and unwrapped it so nothing would break. This is something that just weeks ago would not have crossed my mind. As Ms. Miller-Shelley-Shelley put it in our conversation, they are not “just a bunch of spaghetti laying around on deck anymore.” Also, hi Mom! I hope you and the family are doing well! 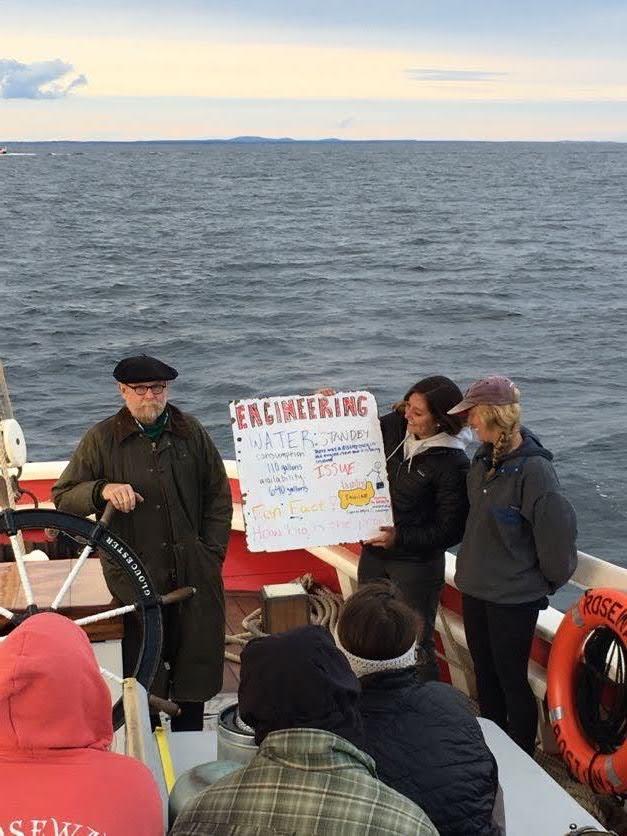 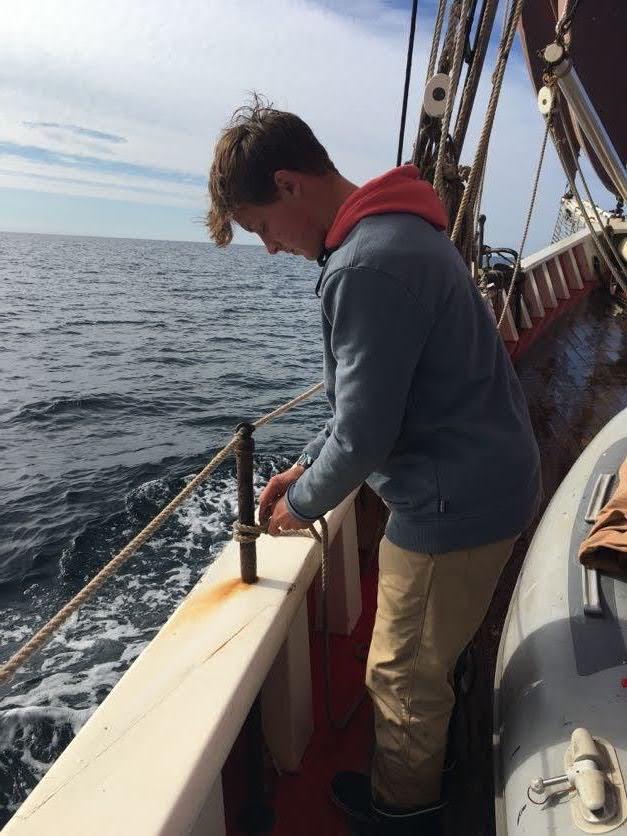