Today was a really long day of sailing. We are all sunburned and tired from the constant sunshine. After a rousing breakfast of French toast and bacon, the group gathered for class on the deck. We discussed letters written by a 20 year old Norwegian girl, during her voyage from Scandinavia to Australia. Professor Preus has been working on translating the 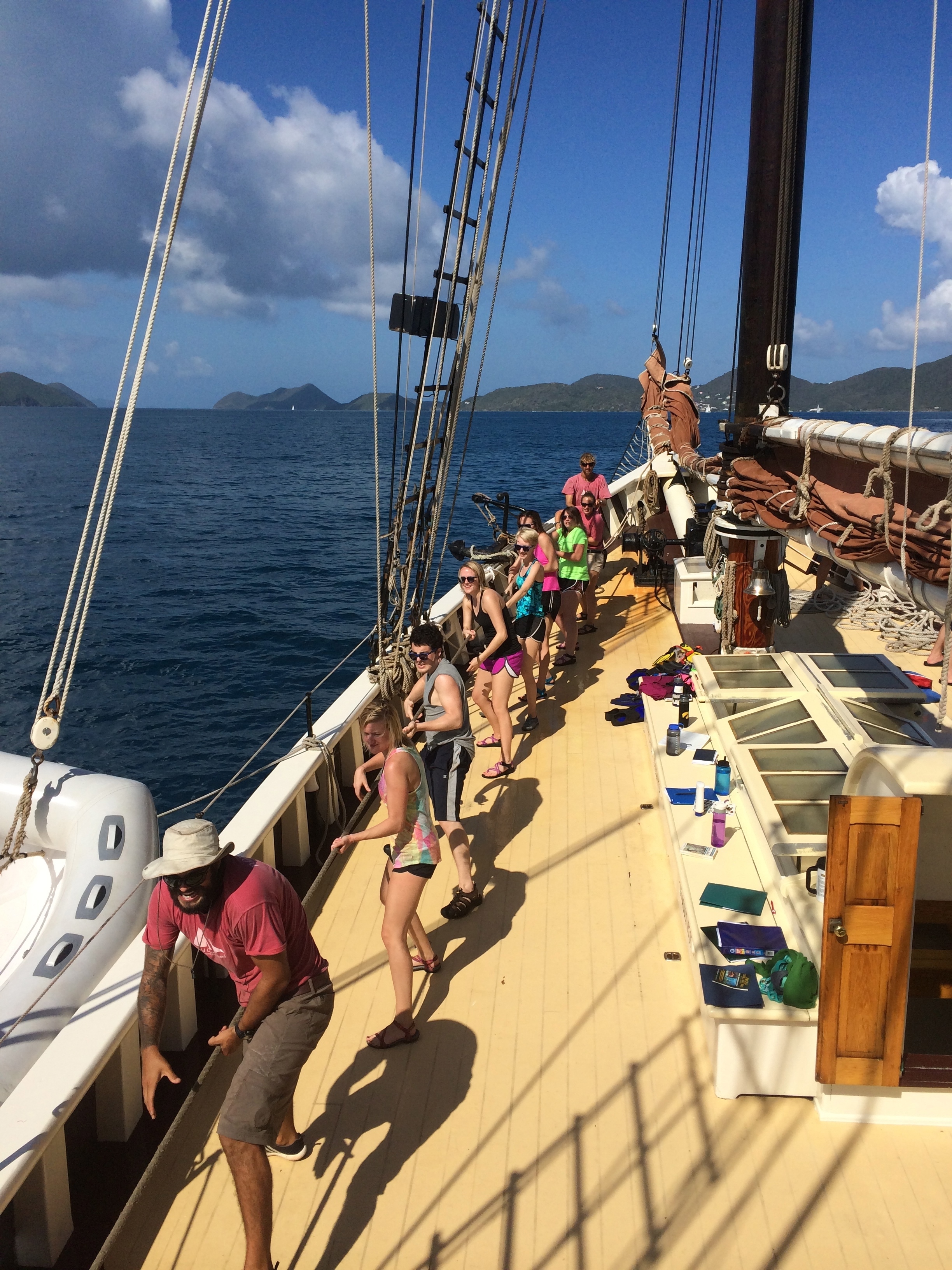 letters, and we agreed that we all wanted to read more. The writer’s tone was clearly one that was young and playful, and we could relate to her enthusiastic attitude and sensory details. After class, we received our assignments for the final poetry slam. Most of us have some individual poems to learn, and others will be working in groups of two or three to perform certain poems. We spent the afternoon on the boat sailing to San Juan, and went through a couple of rounds of watch rotations. Some groups learned to make Turk’s heads, and several people took the time on the boat to take naps. Eric and Jessie both told us about their experiences on the Roseway, and went into detail about their lives before the Roseway and their plans for after. Some people got to go back on the bowsprit one last time, appreciating the awesome beauty of the sea and watching the plentiful flying fish. It was Jessie’s 23rd birthday today, so we all had some really awesome chocolate cake. Sailing into the San Juan harbor, it was really different seeing such a different city. It looks really big compared to the other little towns we’ve seen, and the fort looks super interesting. We furled the sails and fire hosed for the last time, and set down anchor for the night. We have yet to perform our shanties from last night’s anchor watch. There is a lot of energy and excitement for exploring San Juan tomorrow. 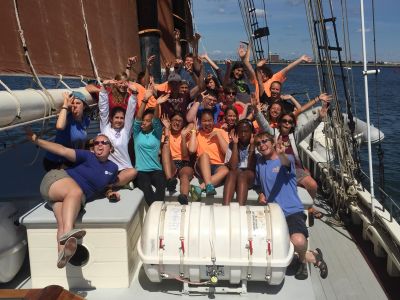