This morning we all got up to eat some breakfast and make sandwiches for our lunch. We gathered our snorkeling and hiking gear and started our boat runs to shore. Maddy, Kevin, and I were in the first boat and got dropped off at the beach where we were greeted by some wild donkeys. The others were brought over shortly after and we were off on our adventure. We hiked down the road for a bit and got to get our first looks at the other side of the island and the British Virgin Islands.

We made it to Annaberg Sugar Plantation in fairly good time. We hiked up the hill to the ruins and looked out over Leinster Bay, Jost Van Dyke, and some more small islands that are a part of the BVI. The view was absolutely incredible. It did feel a bit surreal realizing that this is where we get to live and work. After looking around the plantation for a bit we made our way back down to the shoreline and started heading towards our next destination, the Greathouse Ruins at the top of Windy Hill. We hiked along the beach and through a nice patch of shade under some sea grape trees. We saw quite a few large hermit crabs at the base of the hill, and it was a bit of a challenge not stepping on any. During our ascent we saw lots of different plants, a huge cactus, and Ben and I even spotted a goat hiding in the the brush. After a very hot hike we made it to the top and man was it worth it. Coming up over the ruins we looked out and saw an incredible view (definitely one of the best I have ever seen). The water down below was so blue and the mountainous island scenery was so picturesque it looked like a scene out of a movie. We took in the view for a little while and then started the trip back down to Leinster Beach and continued on to Watermelon Bay.

After a bit more walking we found a good spot right across the water from Watermelon Cay to set our stuff down and eat our bagged lunches. Then we got our snorkeling gear on and swam out to the Cay. There were so many cool things to see! Lots of coral and fish, Kevin saw an octopus, I saw a queen angelfish, Andrew and Cat saw Barracuda, and Ben saw a Lemon shark. Not that I'm jealous about Ben's shark or anything, but I almost swam all the way back out when he told me. At this point we split up into two groups, Sienna and Taylor went to go hike the Reef Bay trail that goes across the island and by some petroglyphs. The rest of us stayed at the bay for a bit longer to chill out and dry off before heading back to the ship.

Eventually Cat, Maddy, Andrew, Ben, Colin, Kevin, and myself started the hike back down the beach, through the brush, and up the road back in the direction of our anchorage, Francis Bay. We did take a little detour and took the trail by the salt pond, and it was quite a nice trail, we even got a good view of Roseway. We all popped out back at the beach next to a boardwalk that led back into the trees, so a few of us went to check it out while Ben and Collin went along the beach. It was a super cool boardwalk that even had a couple docks going out over the pond. Towards the end of the boardwalk we ran into Rob who was going on an adventure of his own to the other side of the island.

Once back at the ship a few of us went for a quick swim and chilled out on deck in hammocks. Taylor and Sienna came back a bit later followed by Rob, and then it was time for dinner. Collin made some delicious Johnny Cakes and drum sticks with some plantains. After dinner we cleaned up the galley and salon for the night. Once all of the cleaning was done a few of us gathered in the salon for a game called "Adventure Island." It was super fun and we all laughed a lot at my attempts to guess the story. Things are now winding down for the night, everyone is going to their bunks, reading or doing word puzzles. It was a very fun day in St. John. 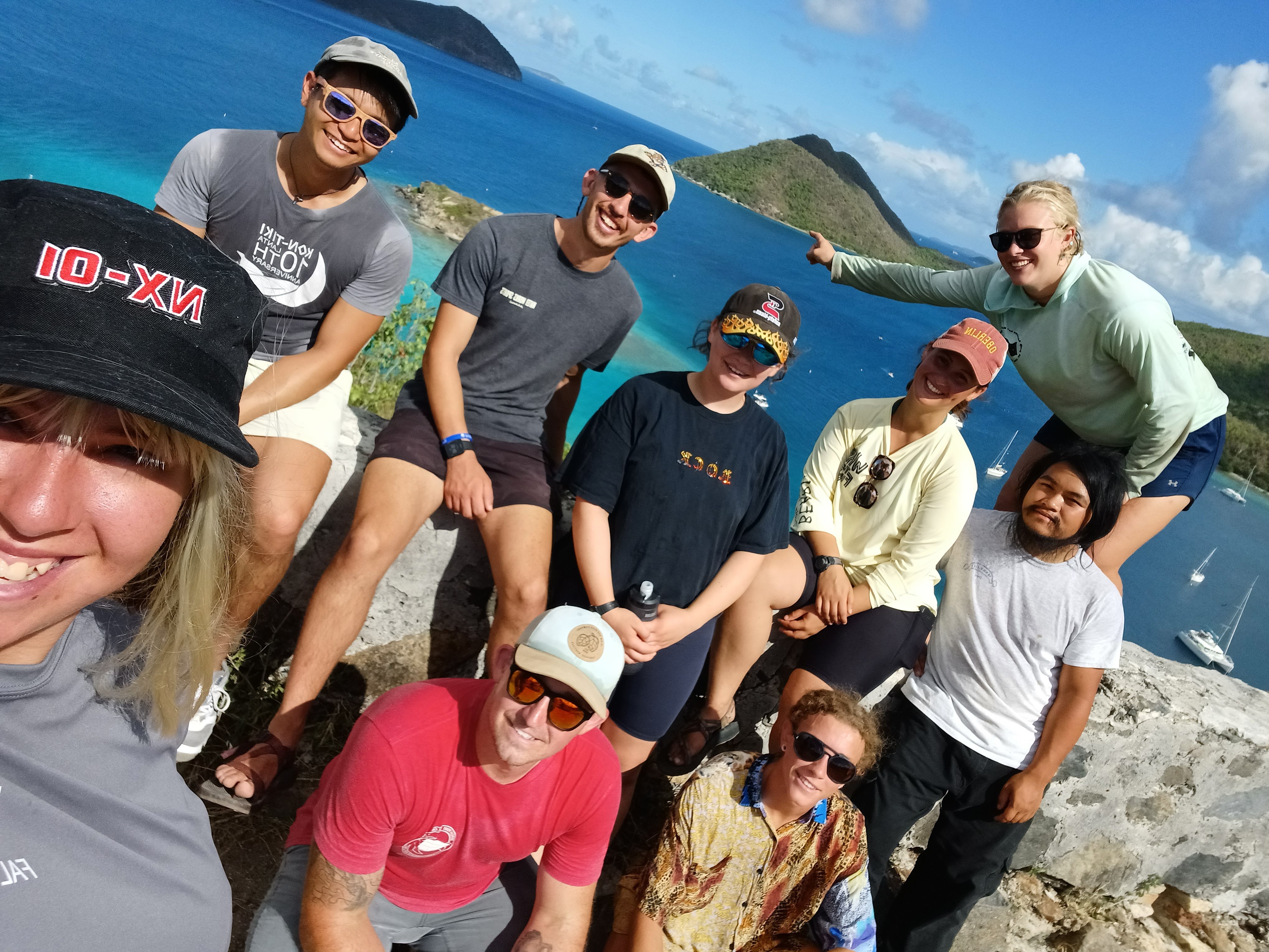 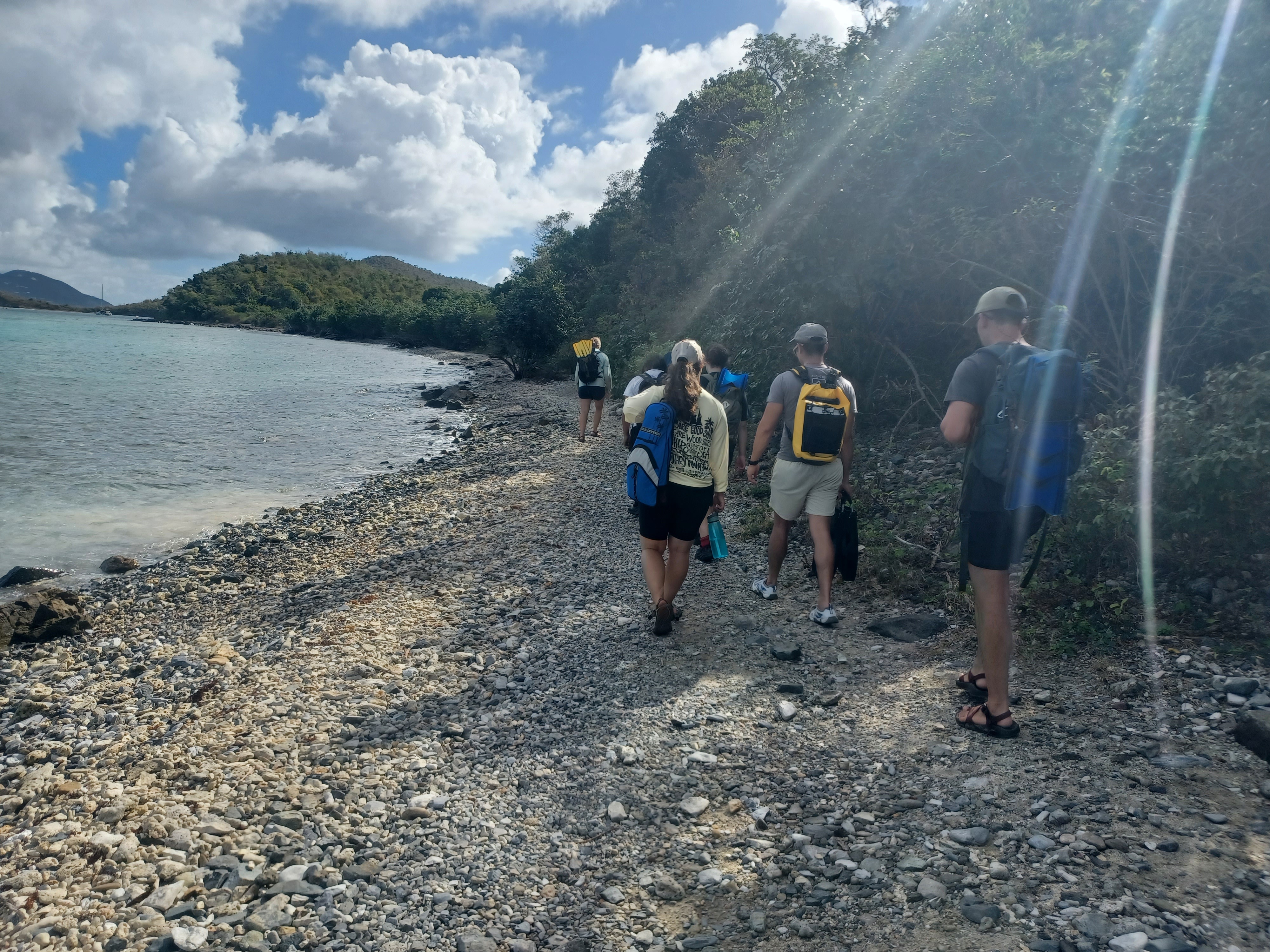 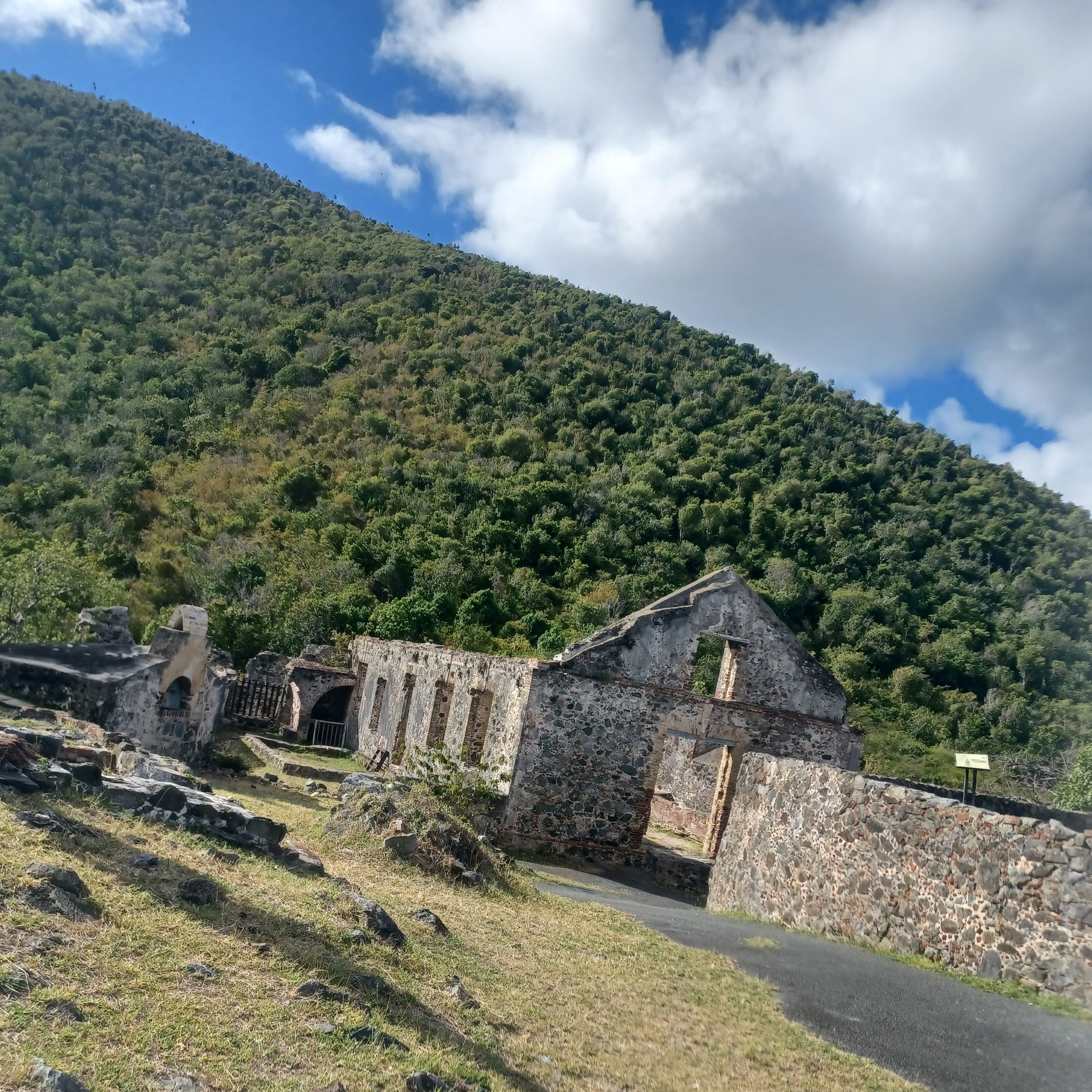 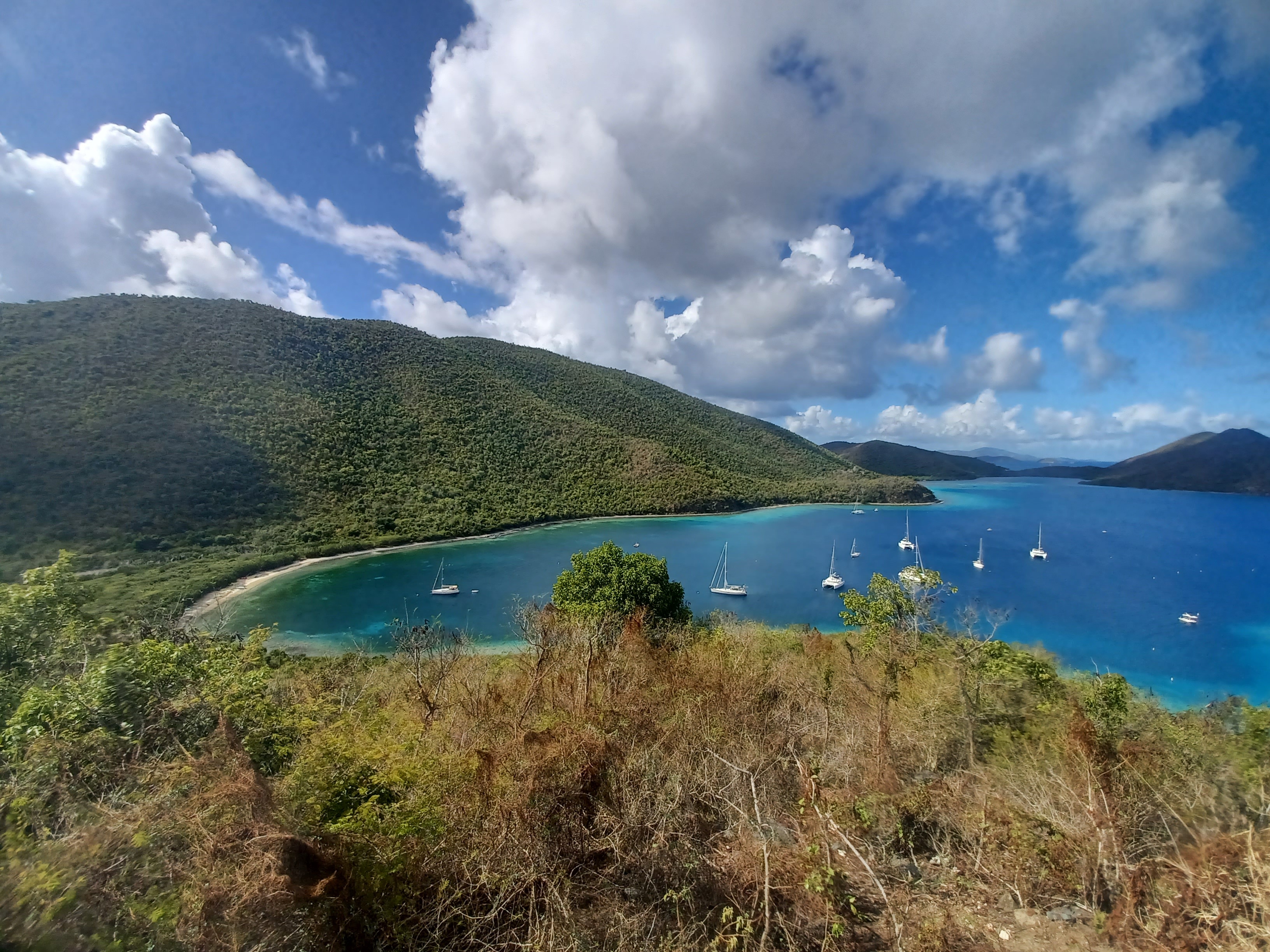 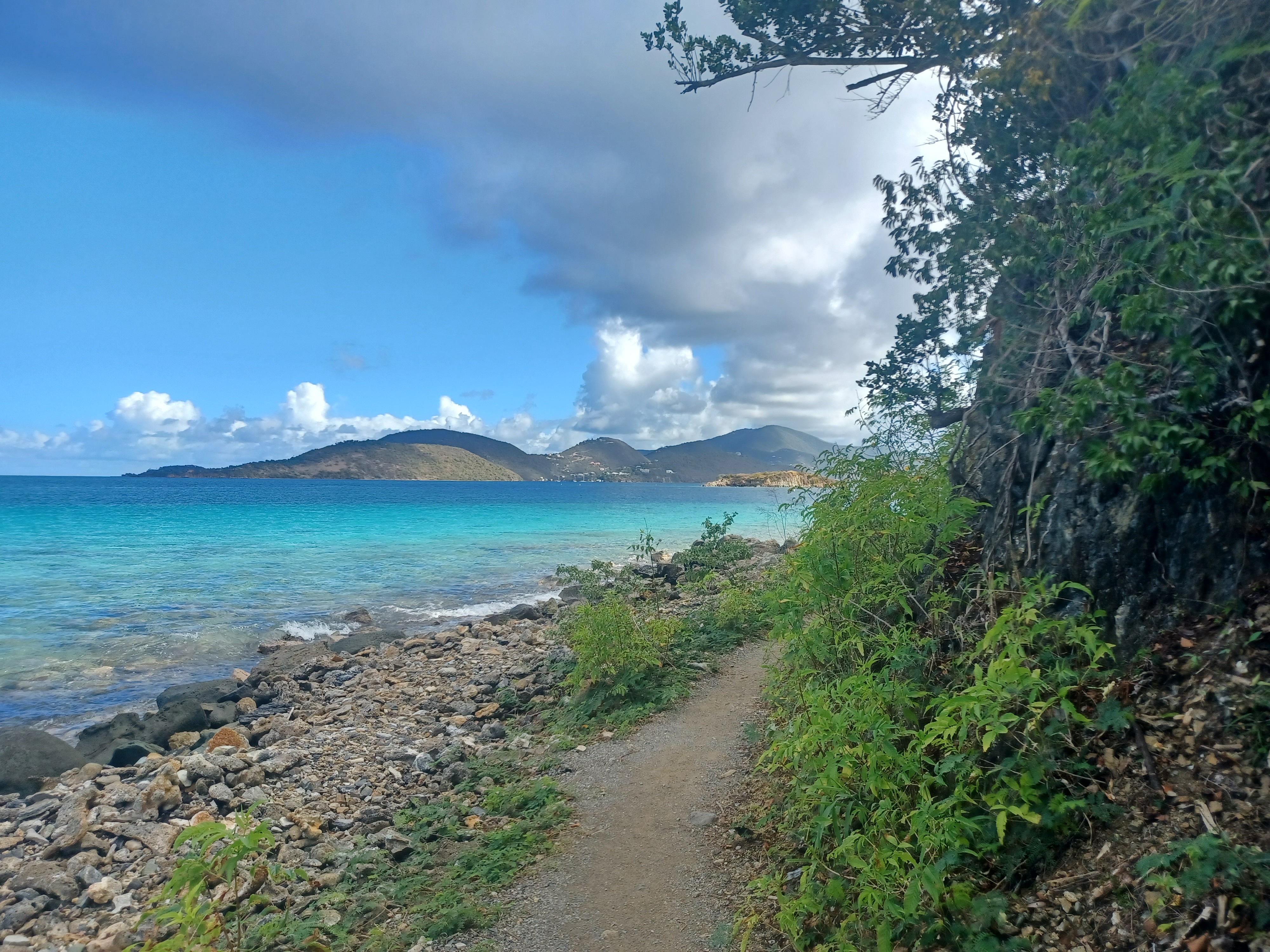 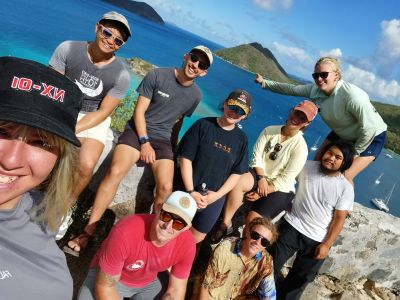