Docklines are cast by our friends at the Mystic Seaport; shipwrights and museum workers, who were there both to help and also to wish us “fair winds and following seas”. Two bridges open up for us as we motor down the Mystic River towards the open blue.

During my first watch, from the helm I spy a suspicious splashing in the distance. As we approach, it becomes apparent what the source of the splashing was. It was a humpback Whale fin-slapping repeatedly on the water. “Some say they do that to remove barnacles, others say they do it just for fun” Kevin Wells, my watch leader, remarks. As we motor by the whale continues its idiosyncratic behavior before breaching twice and disappearing.

The next time Bravo watch is on duty, not one, but two tunas are caught by our cedar plug. (I think two tunas should be referred to as a “Fourna”, but that’s just me). We set our course to southwest and head along Long Island, Atlantic City, Cape May, Cape Henlopen, Assateague, and other landmarks I have been to before, but had never seen from the water until our voyage north last spring.

To pass the time while at the helm, I try to come up with as many nautical words as I can that have animal names in them: Butterfly hatches, Dolphin striker, Cat head, Etc... (How many can you come up with?)  As I write this, we are just off Wachapreague heading to our next port of call, Cape Charles, for us to reprovision. 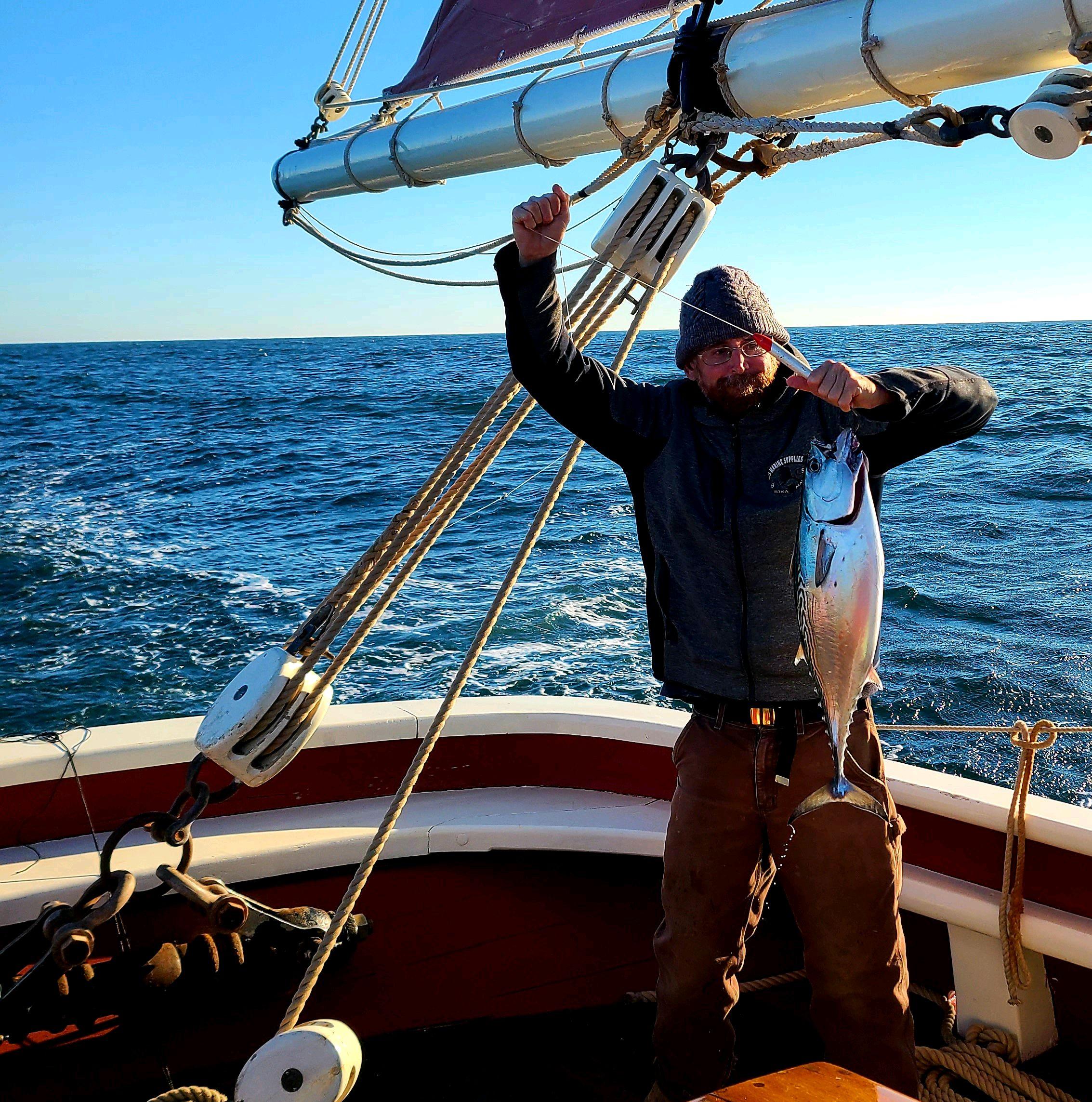 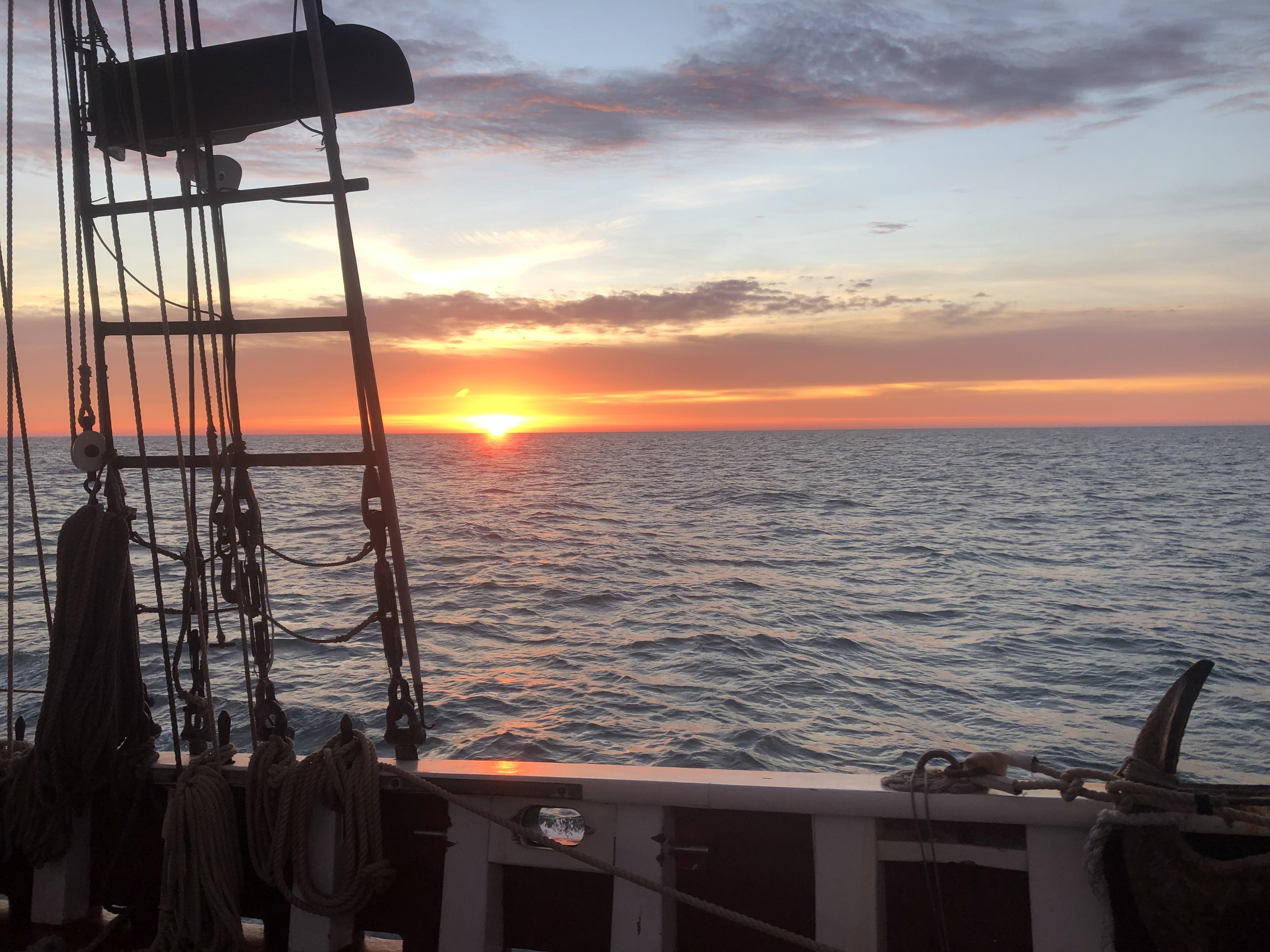 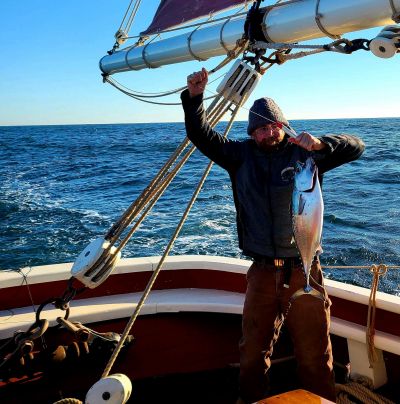