It is absolutely crazy to think that there are only two weeks until this is all over, it feels impossible in fact. Waking up I expected just a normal day, or at least as average as a day on Roseway can be. Boy was I wrong though. The day began with the morning watch with the one and only Billy Benson as JWO. We had literature class in which we presented our objects that we were placing in the dog. The message in a bottle is a green, tall, dog-shaped bottle. Each of us stood up, presented our object, took a picture, and crammed it in the bottle. After being relieved and eating lunch, the afternoon was rather dull, however we all found ways to entertain ourselves. I spent my time doing the weather almanac, working on my ditty bag, and listening to Dr. Claire read Harry Potter to some of the deckhands and me. Unfortunately, in this session, Anna’s ditty bag flew overboard, lost at sea. Finally, almanacs were called, and we learned George’s past secret musical talent, passed along the friendship hat, and then... it was time. Time to send off the message in a dog bottle. I stood ready with the Polaroid as the dog was deployed. Matthew gave it a toss, the camera clicked with a flash, and the bottle was underwater. And... everybody cheered as the dog resurfaced and floated along in the wide open sea as we continued on. Almanacs ended and I went down below to prepare myself for watch. All of a sudden there was, you could call it, a ruckus on deck. After the cheering continued for a minute I decided to check it out. Land. Cole had finally spotted land after seeing nothing but water for eight days. After rejuvenating about land we mustered for watch and had a bland two hours. Afterward Matthew, Brandyn and I stayed up talking before I decided it was time to hit the sack. 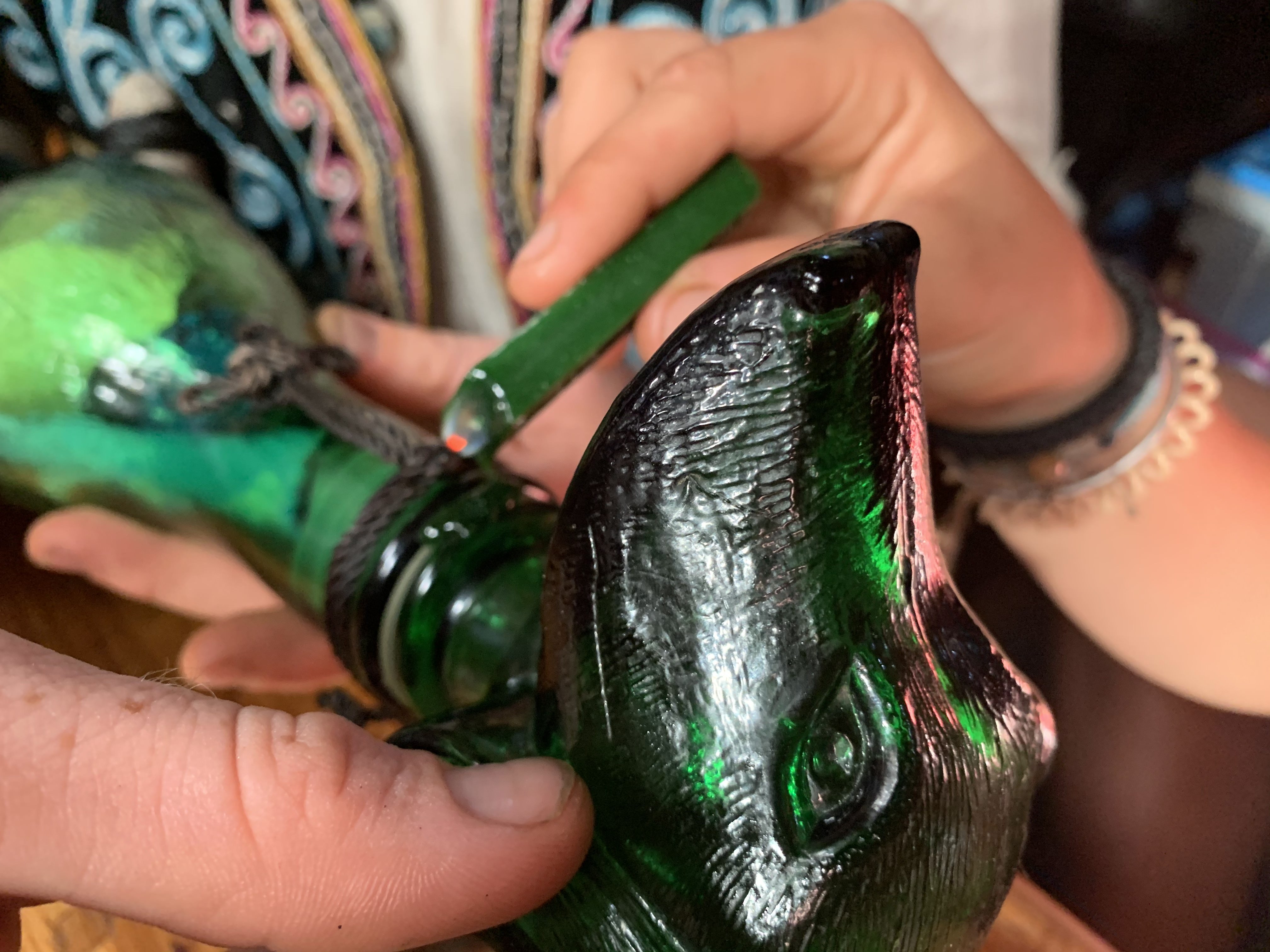 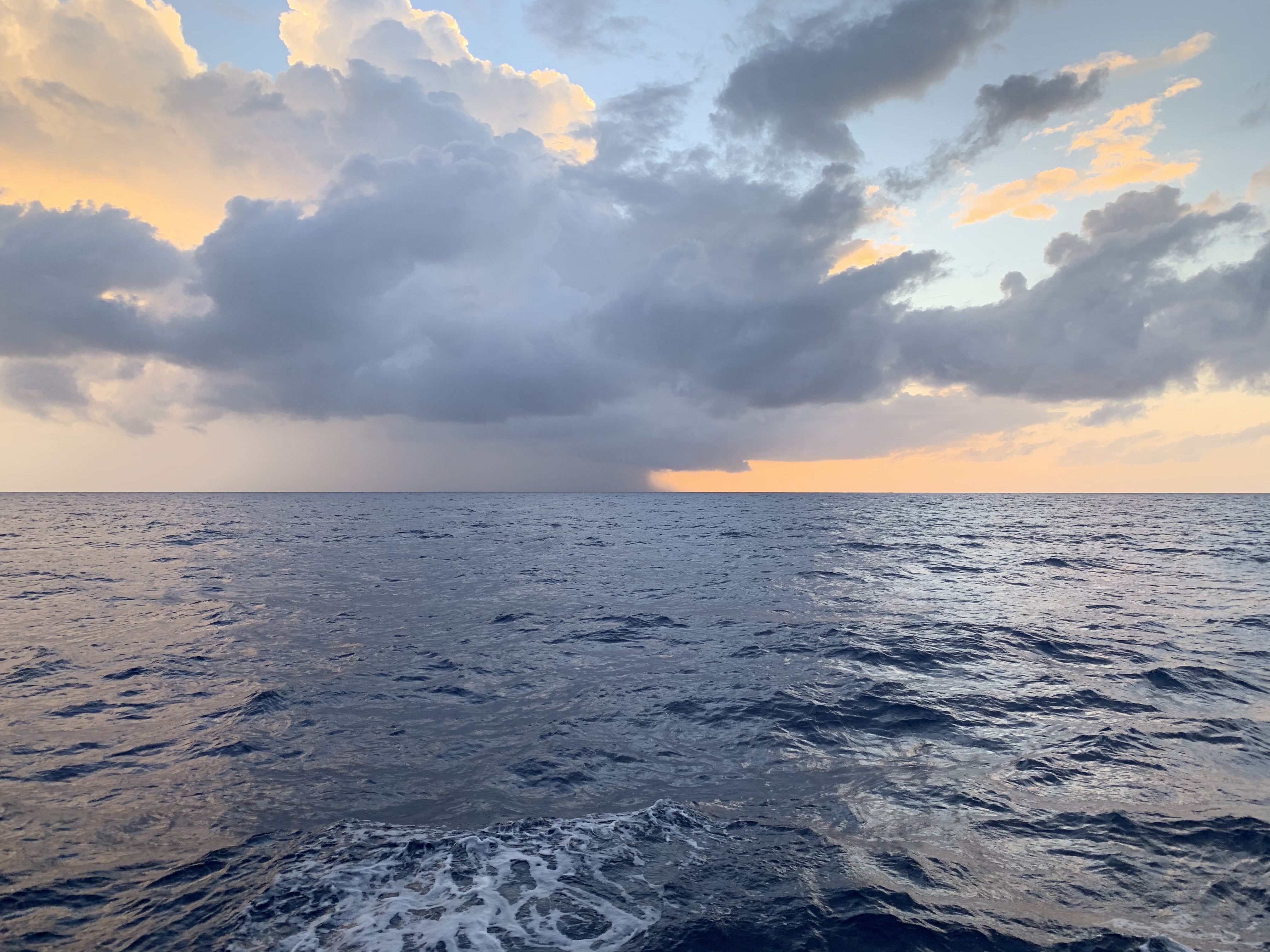 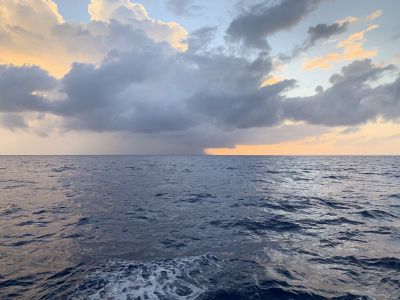