A story of close encounters with King Neptune, on our second night sailing from Norfolk, VA to Savannah, GA, after getting into the Gulf Stream around 30 miles off Cape Lookout. The sea state started to build from about 5ft to 8ft, as well as the wind from 20kt to 30kt. My night first started around 1AM, 3 hours before my watch actually began. I heard some commotion up on deck when the boat was pitching and rolling a lot so I went up on deck to check it all out because “I am here to sail not sleep.”

This wasn’t the only occasion of the night that I had to go do something on the leeward side of the boat when I went on deck and to look for things that could possibly cause a problem. I noticed that the small boat on the port side had gotten lifted up by water and had lost its chalks that are supporting it, so it was just moving around on deck. Billy and I went and took the ratchet strap that was on the stern and moved the boat as far to windward as possible. We worked as a team with Anna our deckhand and Ms.Rags our watch officer to put we learned to the test. 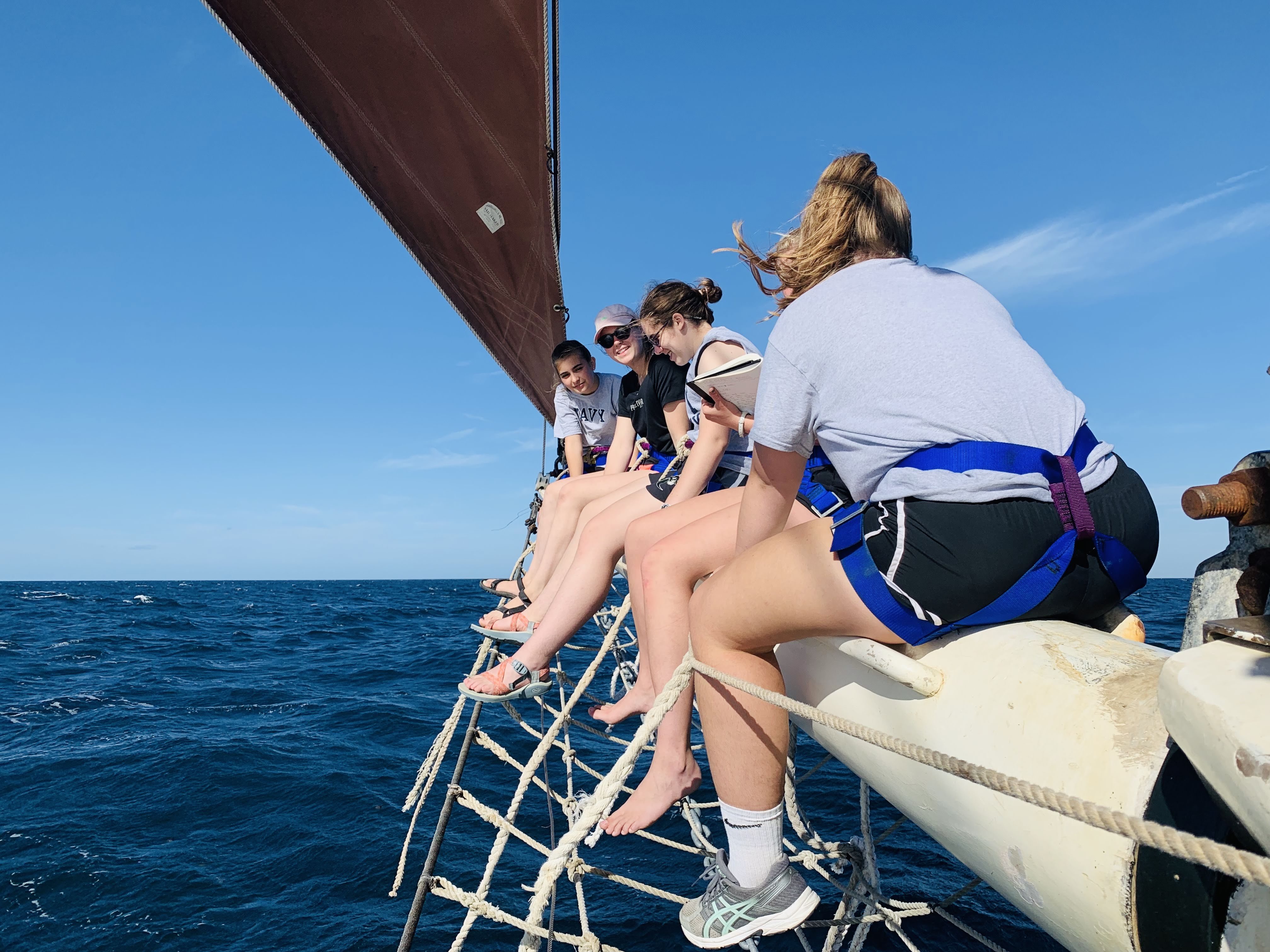 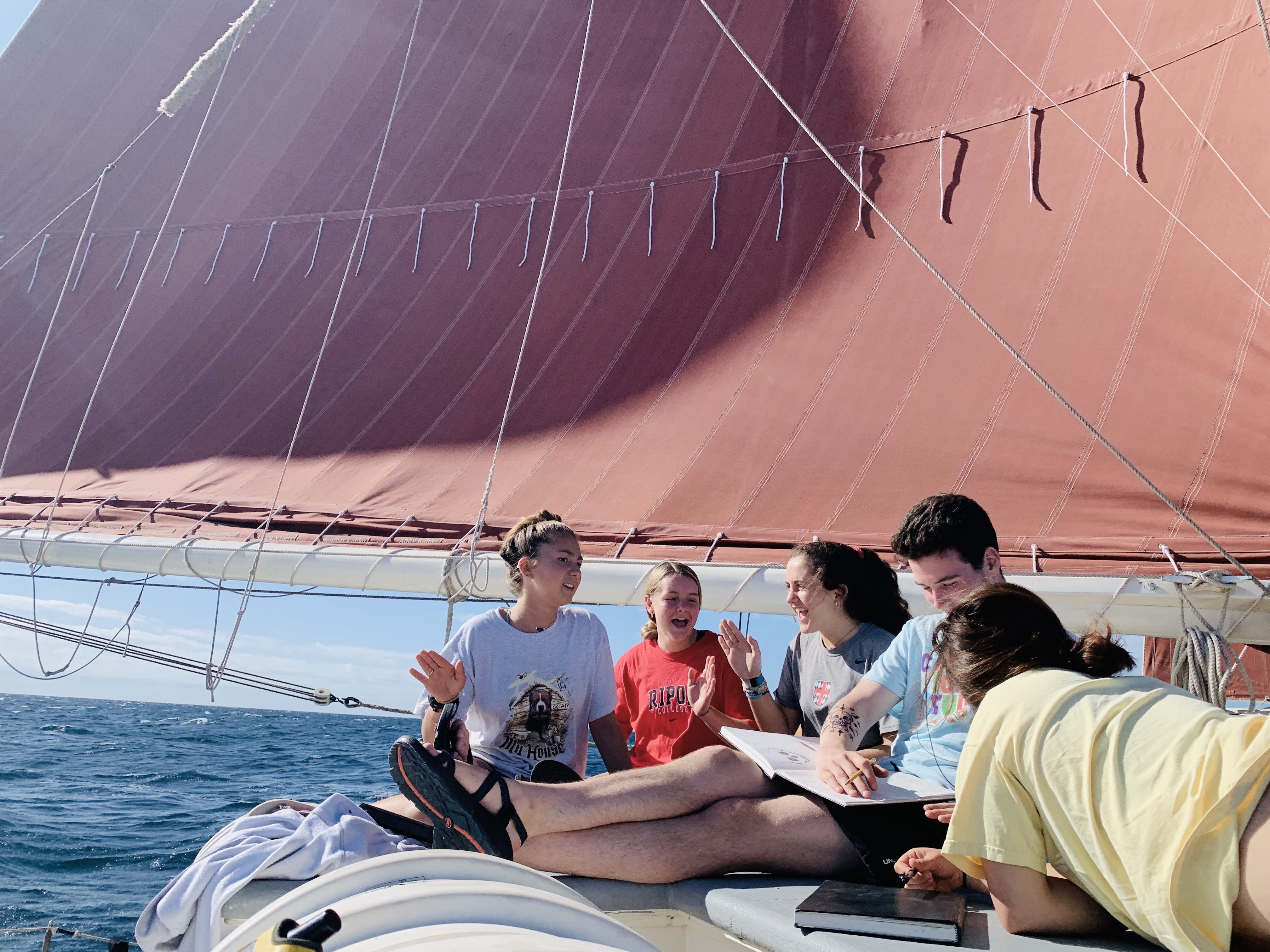 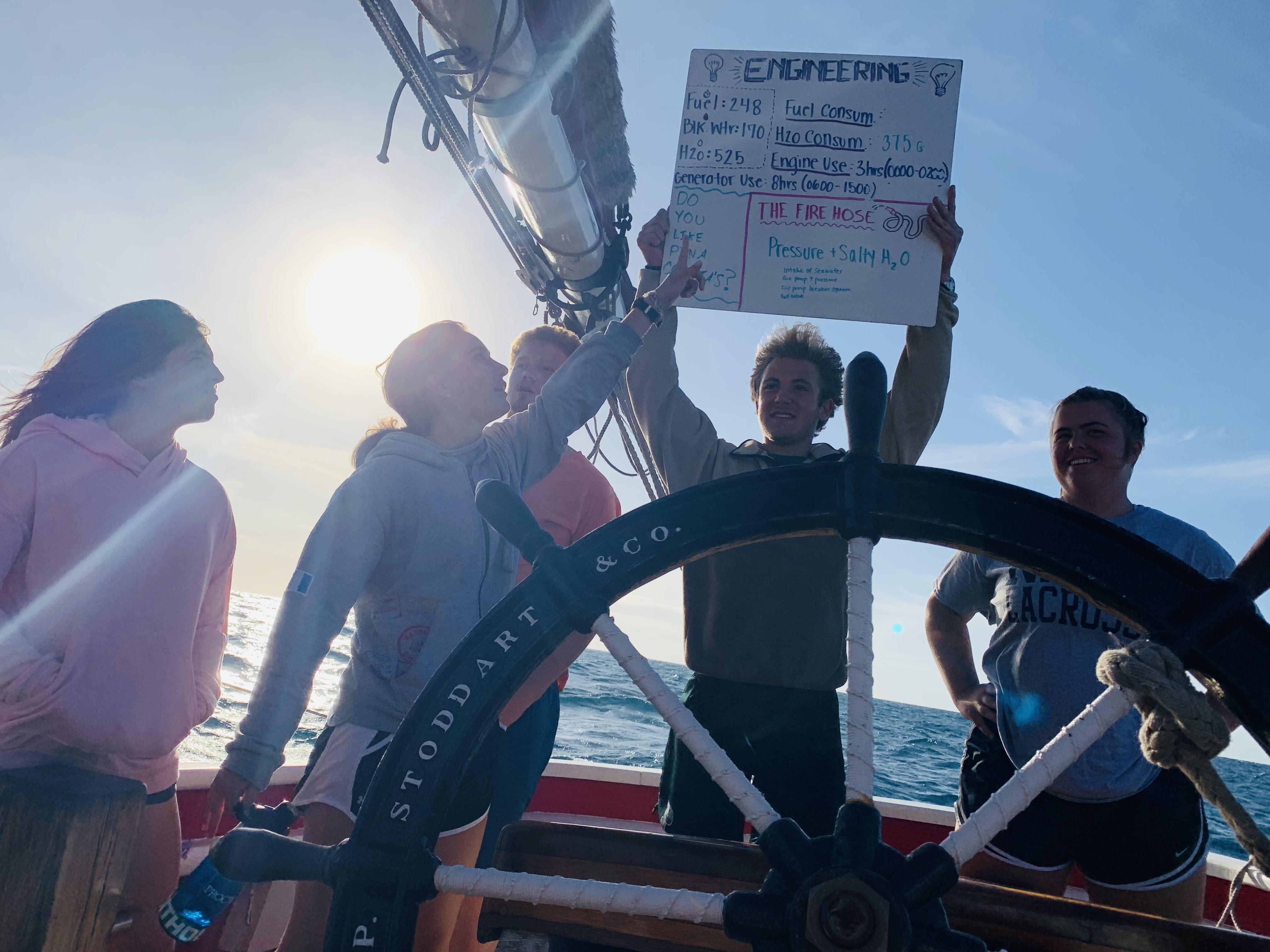 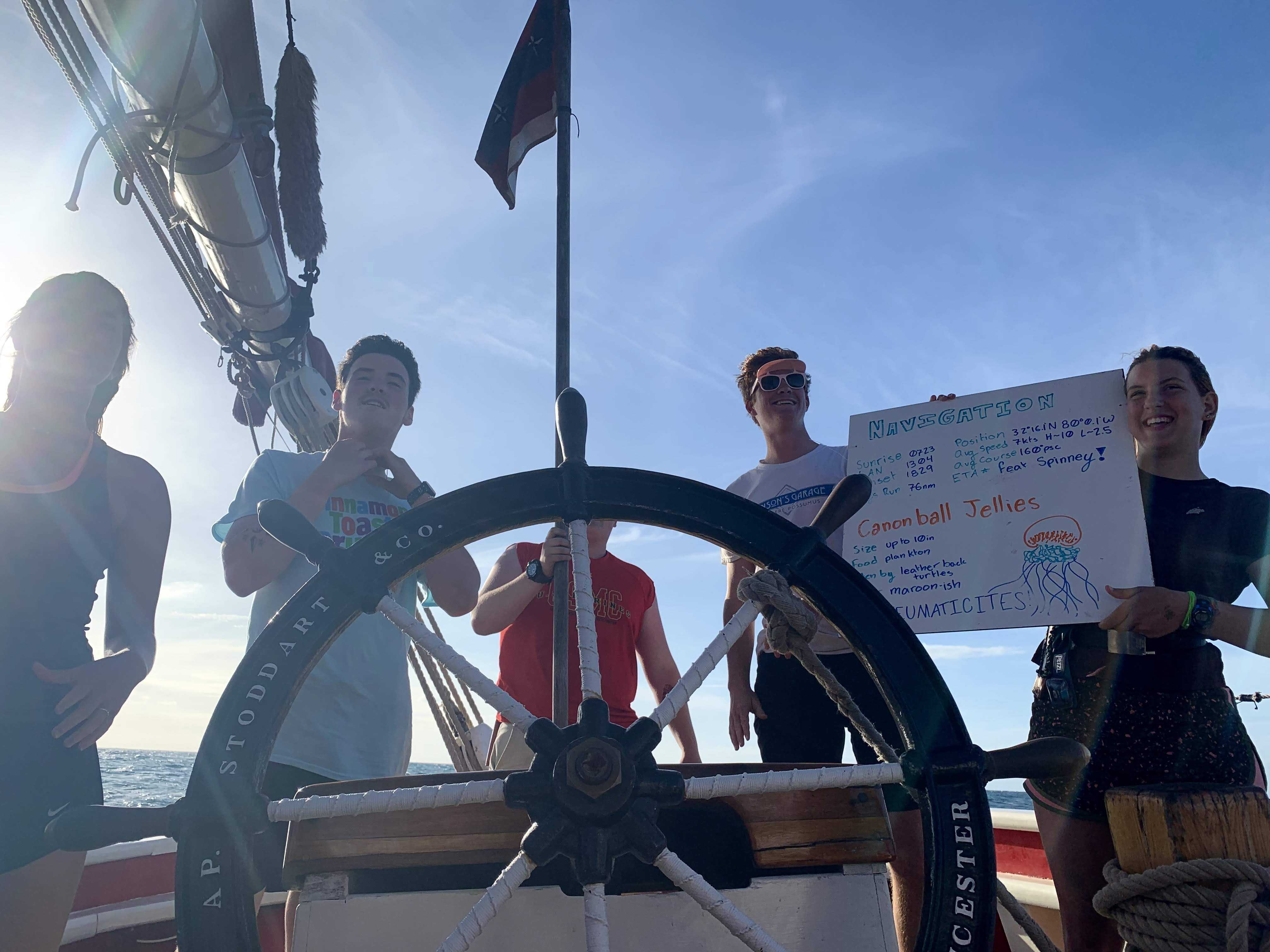 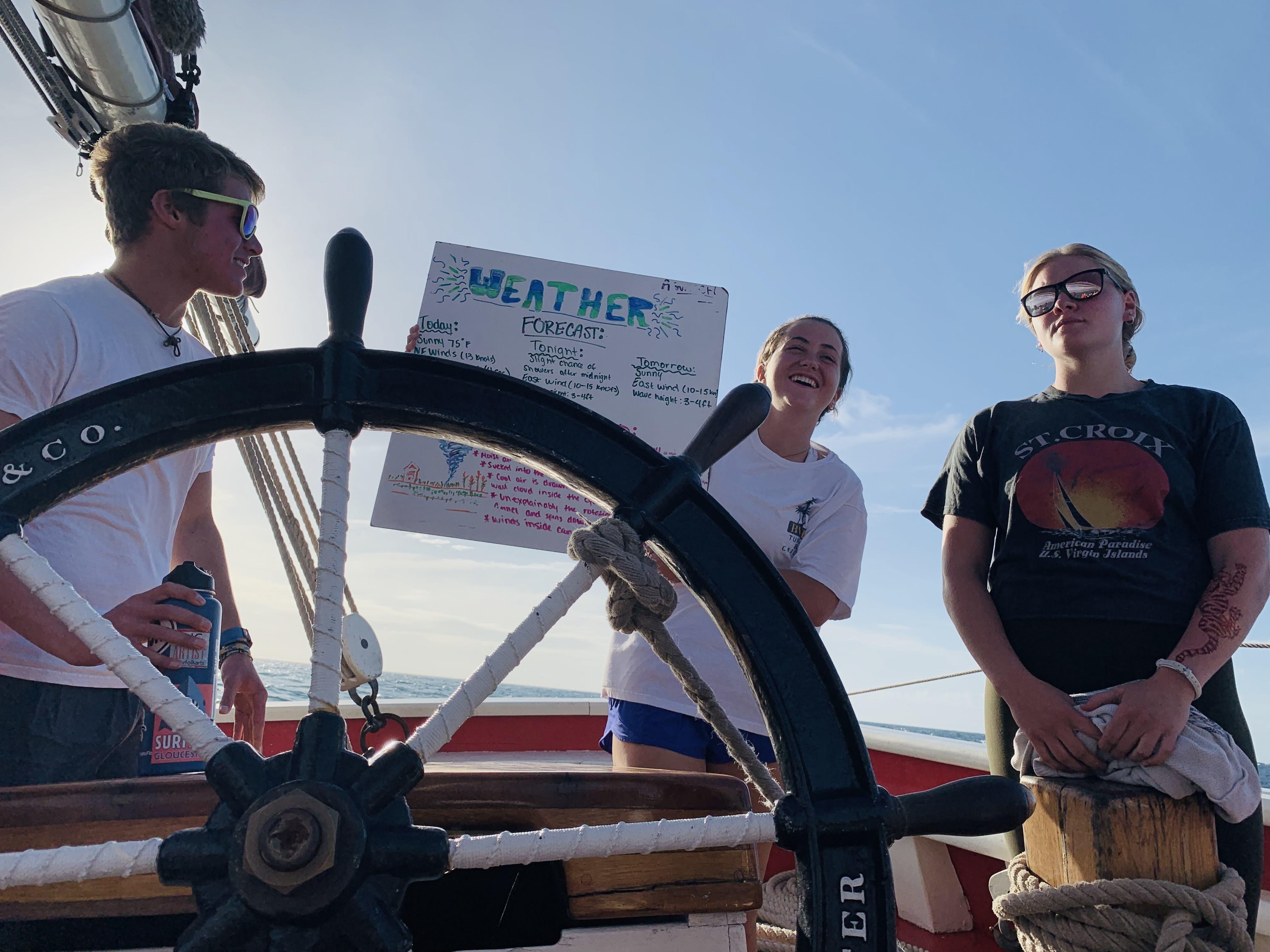 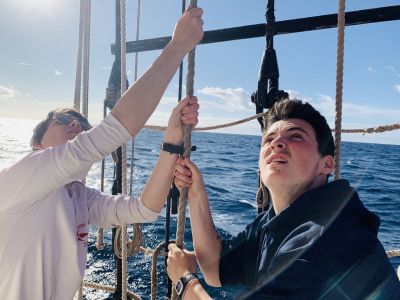