This morning I woke up to the monotone voice of Daniel Gunther telling me I had watch.  I was happy to hear that the ship was cruising after our slow day yesterday.  I came up and we were heeled over very far.  I went to get a cup of coffee, but there were only a few squirts left out of the dispenser.  I made tea instead.  I was on navigation first and was surprised to see that we were on the chart of Charleston, which means we’re getting close.  The boat was extremely rocky, and the chart was falling all over the place.  I calculated our distance to Charleston and found that we would be in port by nightfall.  A couple hours later, I popped up on deck to sit idle and was told we hit 11 knots.  PJ was at the helm and the wind took us 30 degrees off course, but we were cruising!  Eight foot swells crashed the boat from every side as we picked up speed.  Ms. Leighton helped get us back on course as we slowed back down to nine knots.  After that, the sun started to rise and the moon began to set in the distance.  Matthew woke up for the sunrise, and together we watched the orange full moon set over the horizon.  Dolphins began to jump out of the water on the port and starboard side.  C-watch woke up, and then it was all hands to take in the main.  The ship was rocking side to side with incredible winds as we struck sail.  As we were hauling on the jib sheet, we got smacked by a huge swell when the bow crashed into the water.  I was soaked, but luckily it was 08:00 and we were done with watch.  All this on October 24 and it’s only eight in the morning! 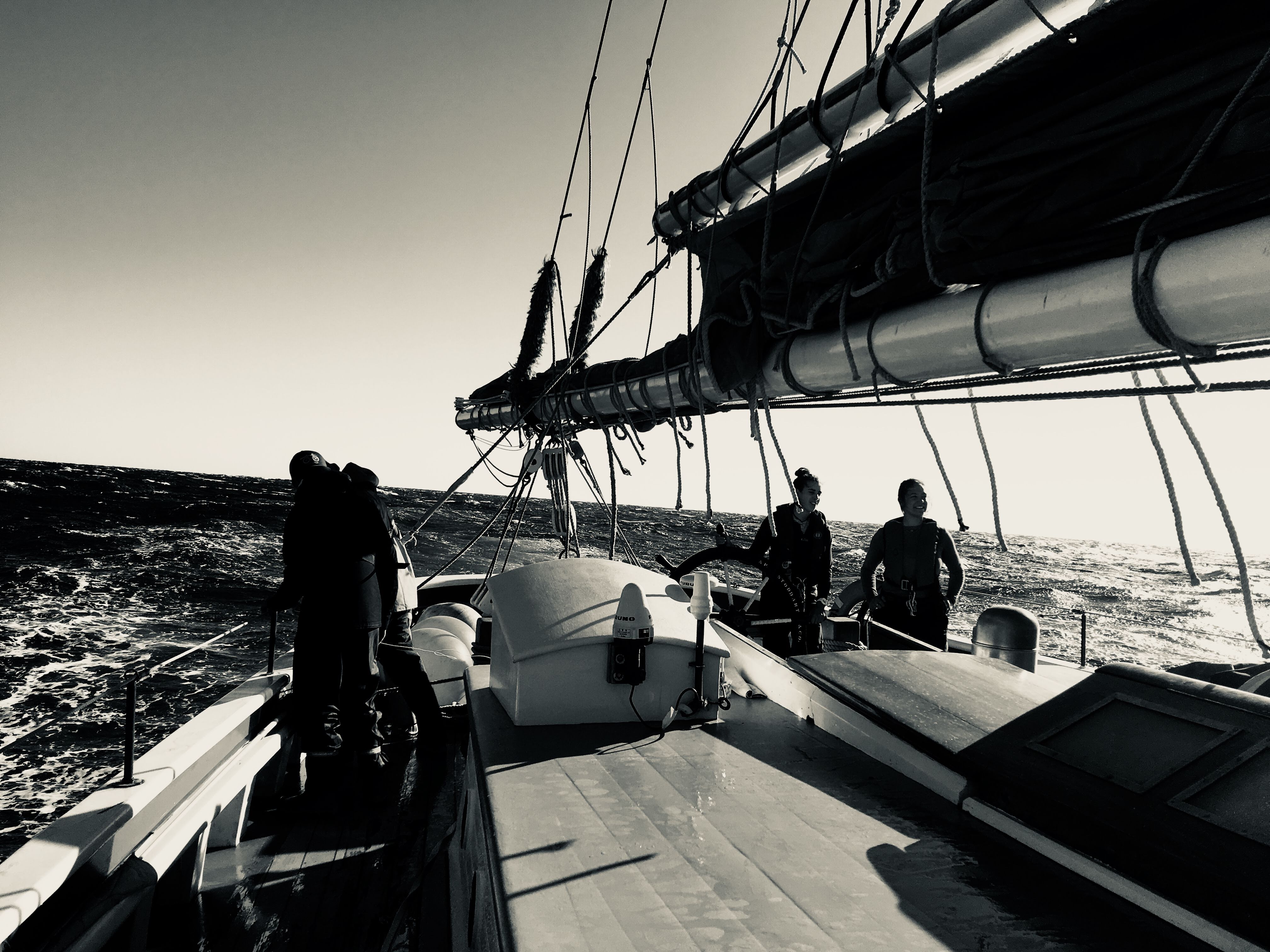 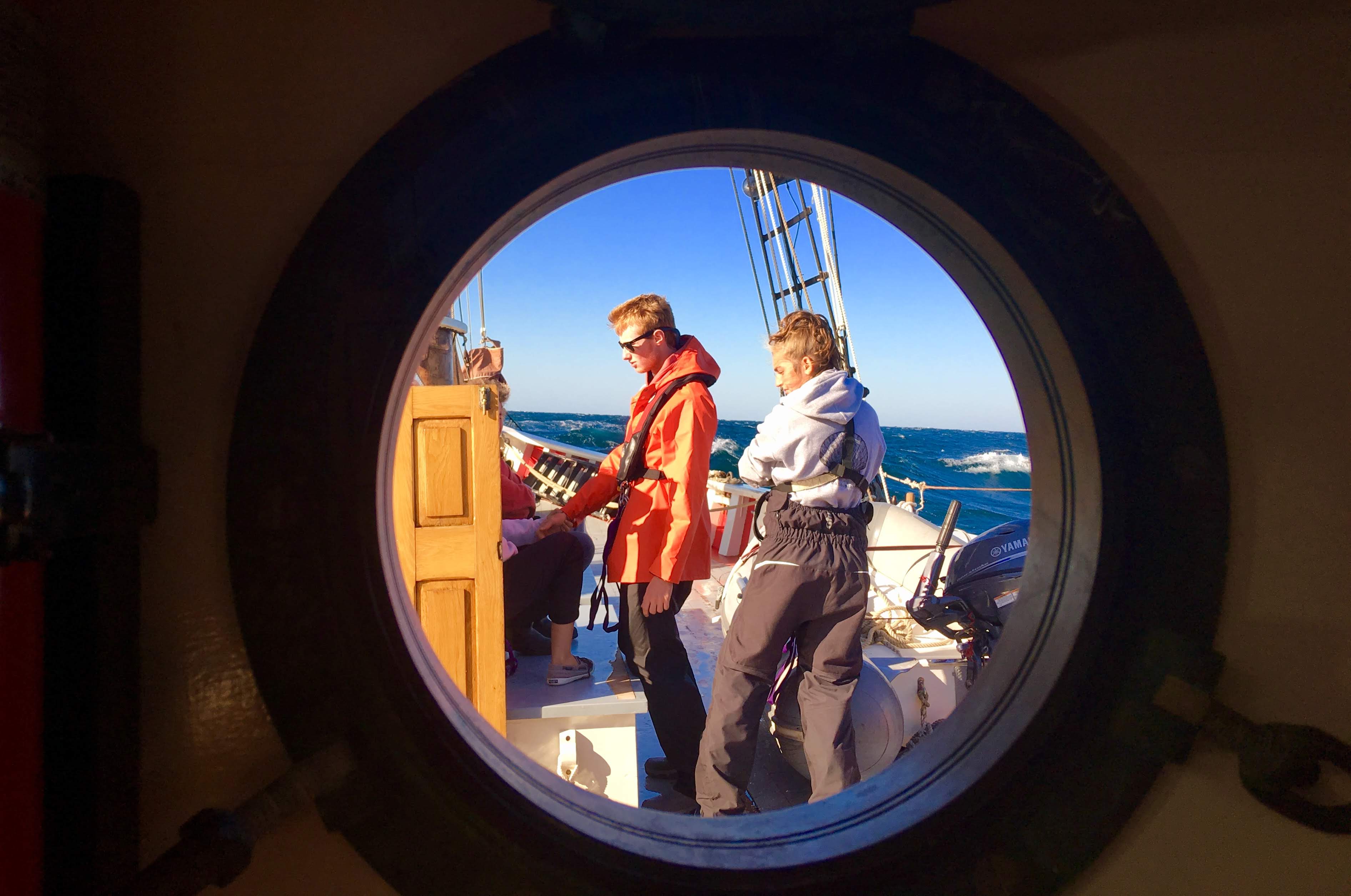 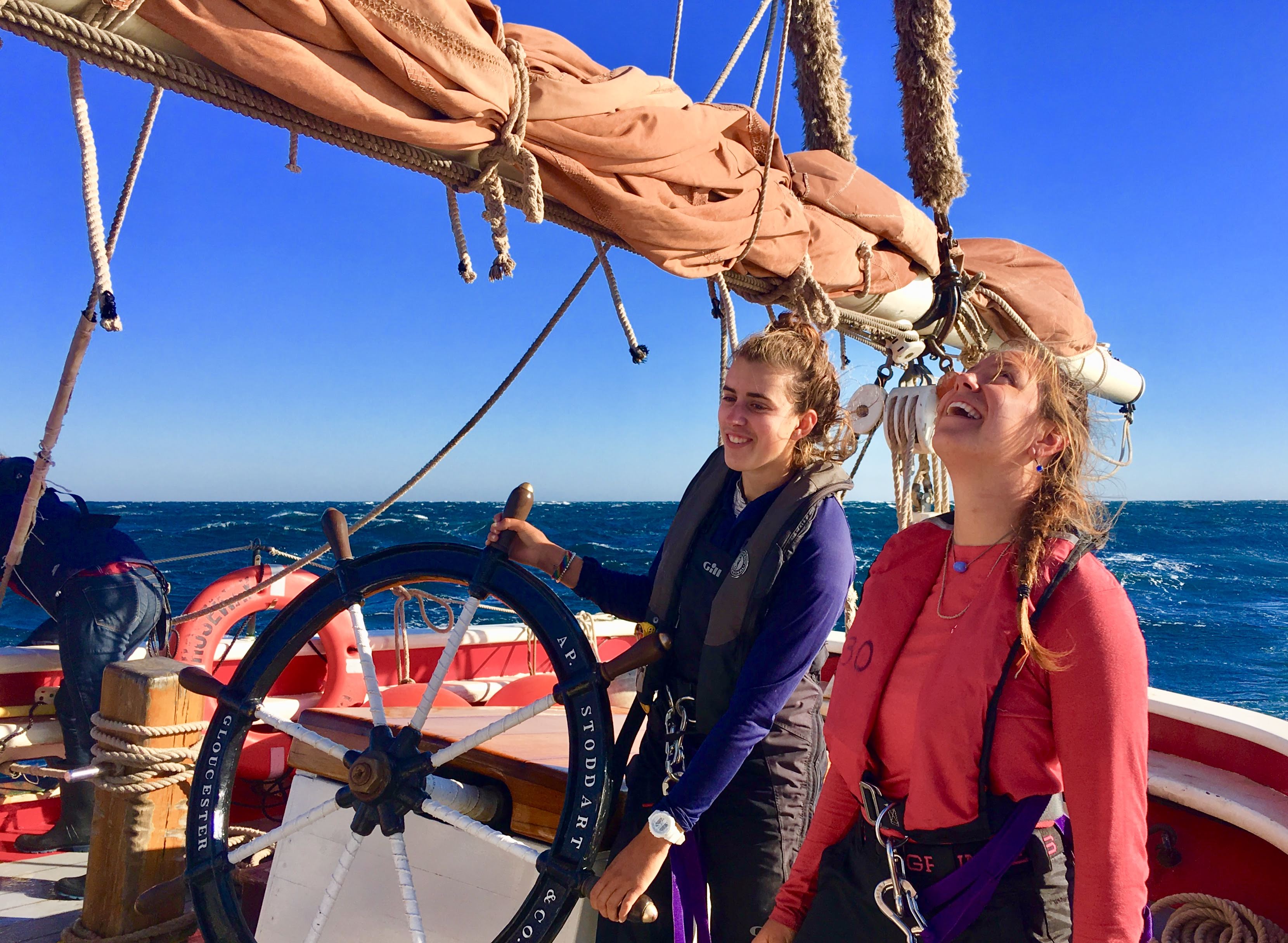 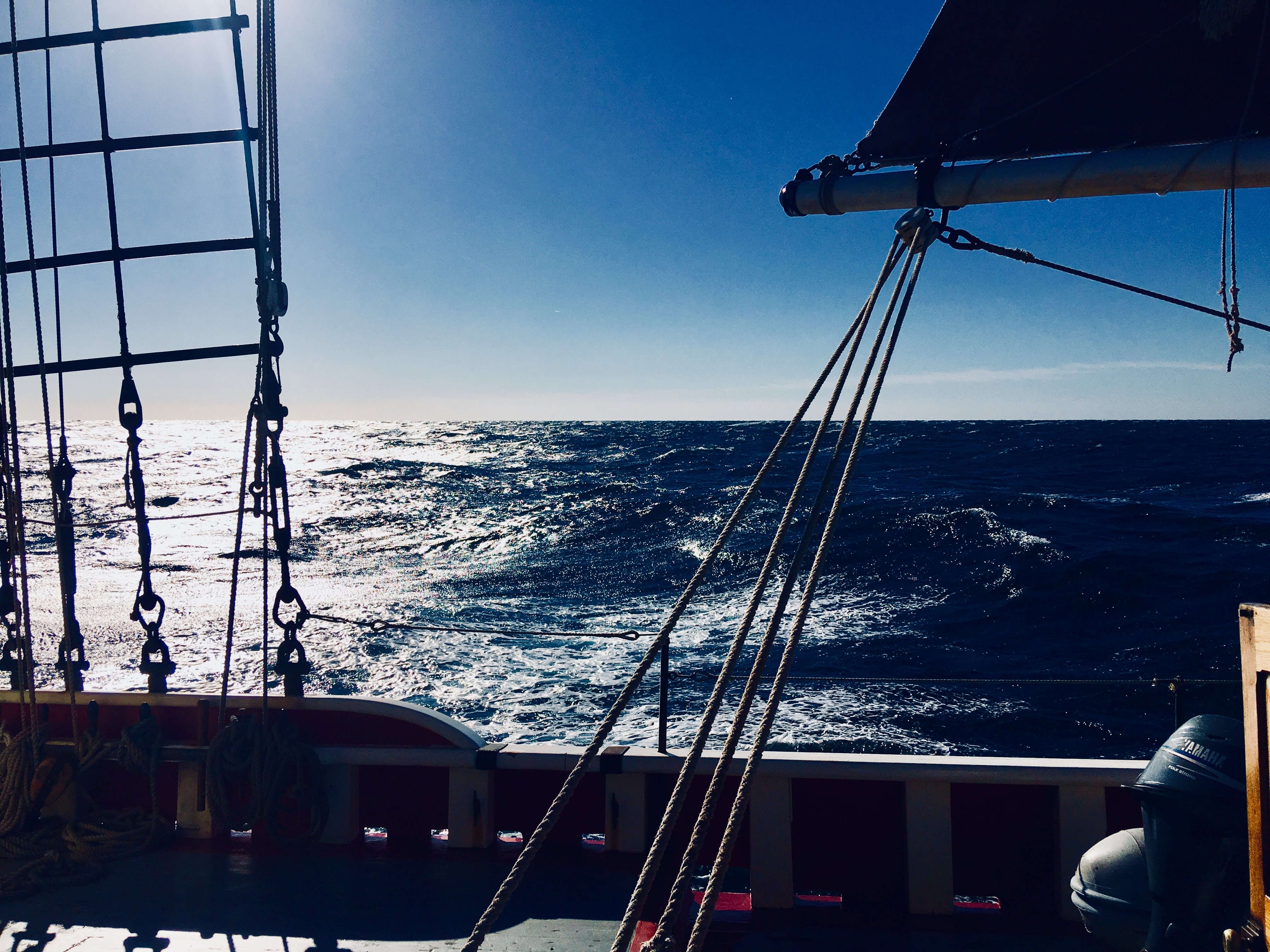 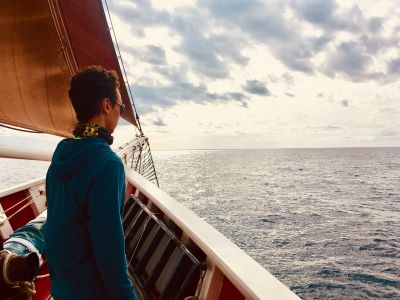