As I rolled back and forth in my claustrophobic bunk, I had a feeling today would be a tough one.  As my head peered above the last step of the fish, my feelings about the day were subdued by the intense waves and the sun trying to break free of the clouds.  To make the day even better, Brandon decided to cook pancakes that were mouth watering and fluffy.

After breakfast, A-watch took the deck and prepared for a long day of rolling with the waves, hopefully making it to Norfolk VA, by dinner.  After an hour of forward look-out and dish washing, our first mate Ms. Leighton told us we were going to tie a deep reef in the main to keep the wind from ripping the sail.  We called all hands to help raise the main sail and 20 students, deckhands, and mates repeated the command and found positions at both the throat and peak halyards.  All of a sudden a loud bang filled the air as several parrel beads came flying onto the deck, sinking to the deep depths of the Atlantic.

The parrel beads, which hold the main gaff jaws to the mast, had snapped, leaving the gaff jaws hanging from the halyards, swaying about freely.  It was an easy fix, but an insane start to the day!  A few hours went by and A-watch went below to get some sleep.  The day came to an end as we motored our way into the Chesapeake Bay to find shelter in Norfolk for the next 5 days. 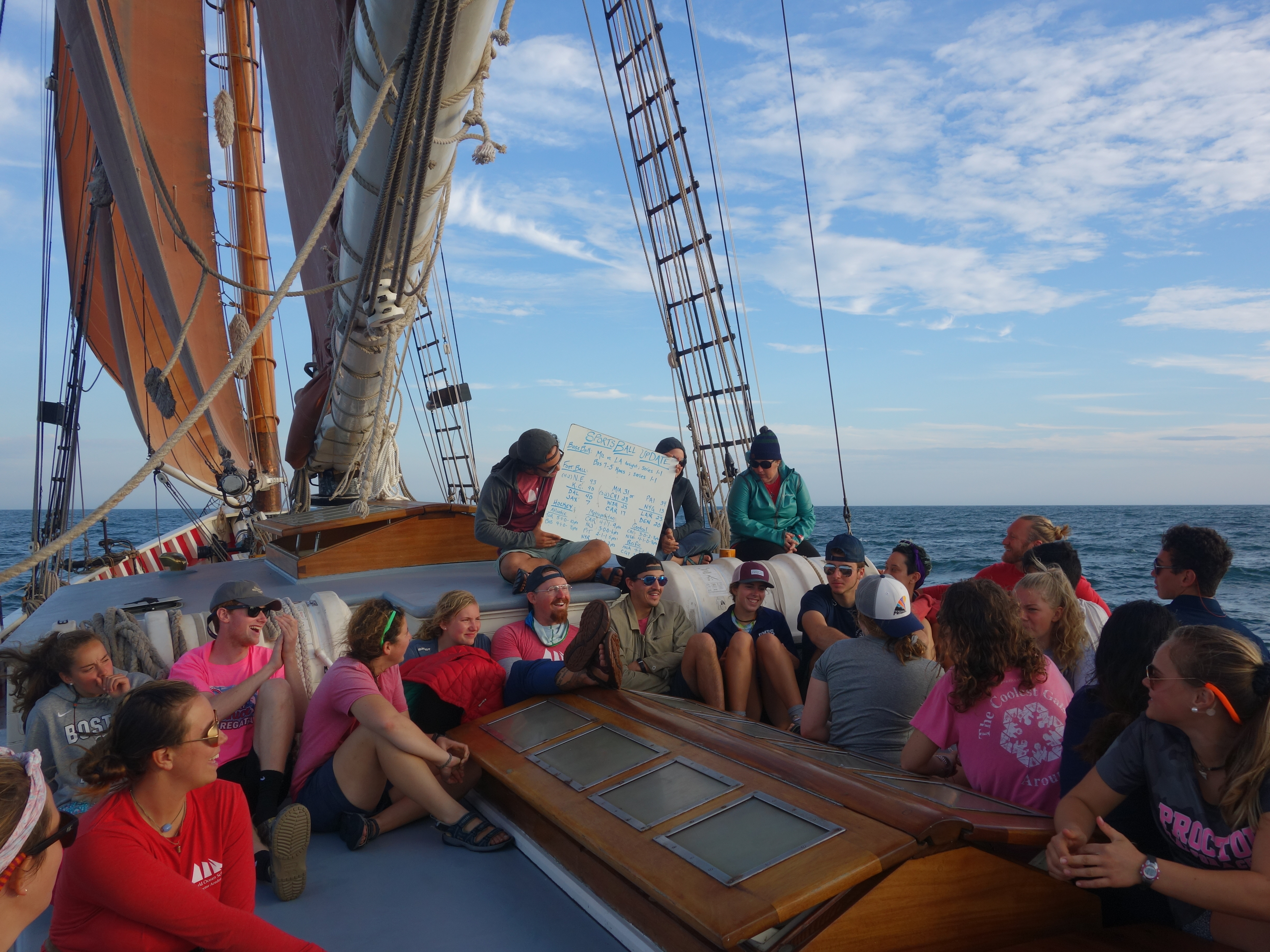 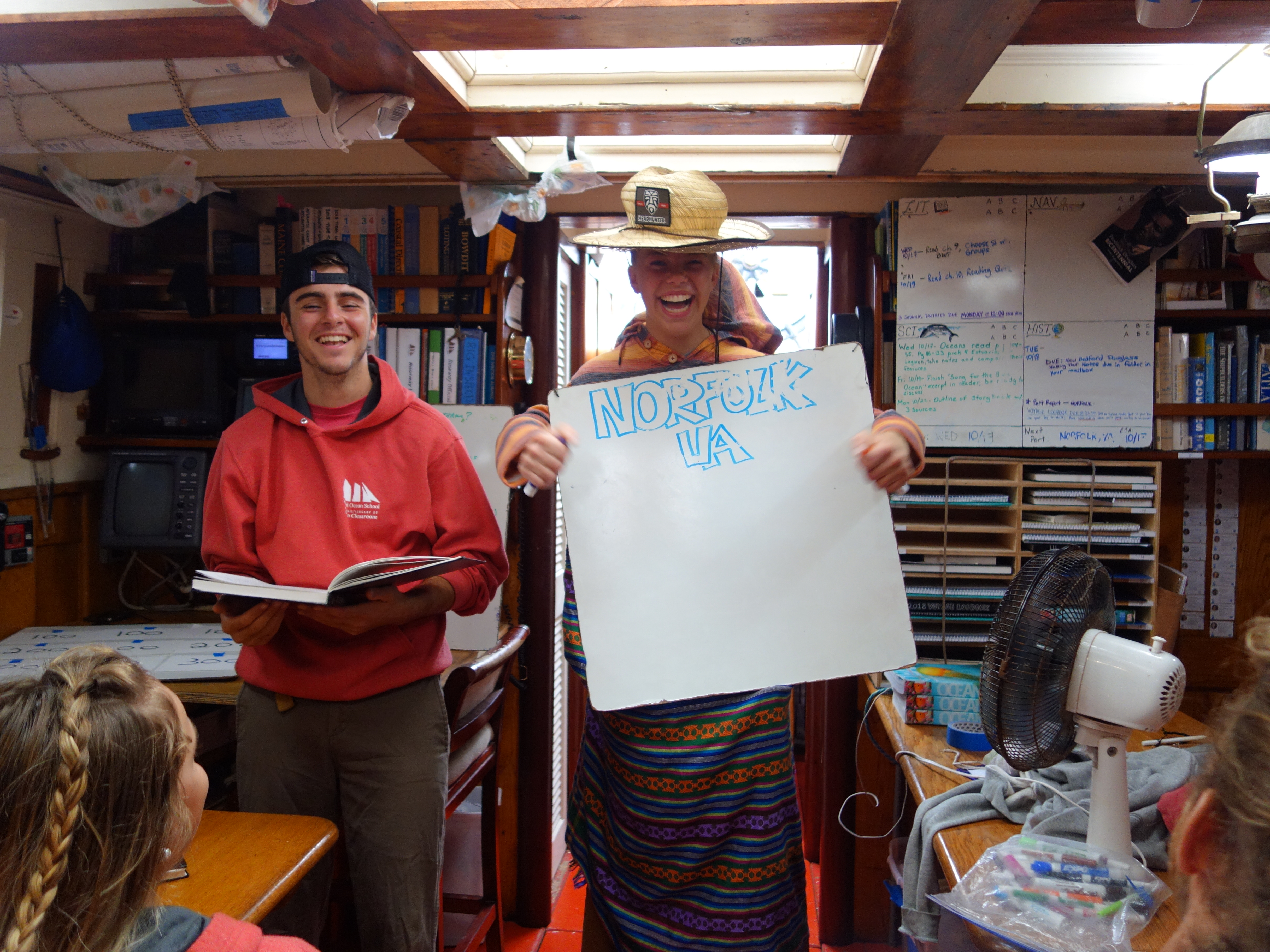 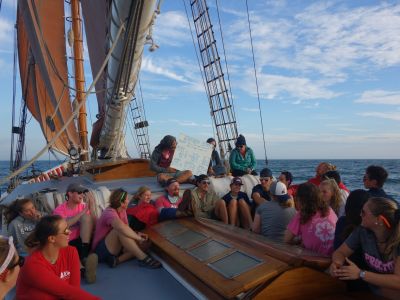