In transit off of the Virginia coast

Today started with an early wake up to reef the main sail.  The boat was keeling hard enough for me to wake up with a light blood rush in my head.  Included with that, I had a sluggish wake up due to having the 00:00-04:00 watch last night and only having six hours of sleep.  But still, everybody rushed up from their bunks and mustered mid-ships to await orders.  As I got up to the deck of the ship, I could see that we were still off the coast of Maryland.  The weather was overcast, with intense waves crashing beside the boat.  It was a gnarly morning!  Through light showers and heavy winds, we eventually reefed the main sail.  It was a tough endeavor, but it was done.

After having breakfast, I stayed on deck with Steve so we could witness those monstrous swells crashing our boat.  We enjoyed seeing the forward look-out being drenched by waves!  In the meantime, I eventually had my literature and science classes.  It was pretty standard, basically just doing our readings in class.  However, since I was getting a bit sea sick from the boat rocking back and forth, it was difficult for me, and certainly for others as well, to be attentive in class.  However, on the brighter side of things, the temperature was getting warmer and warmer.

By the afternoon, we passed Maryland and into Virginia.  Then, out of the blue, the Texan himself, Johnny, came busting out of the galley and started singing “Devil went down to Georgia.”  This is a big deal for a southerner like Johnny because it shows that we finally made it to the south.  Thank the Lord!  Just like that, the minute we hit the south, the sun came out of the clouds and the temperature began to increase.  The warmth was something I have been craving for a solid month, and I’m happy it’s here.  Then by 12:00, I had my watch.  I took over for bow watch and it was incredible! Being at the front of the ship seeing the huge waves coming towards me while being strapped in for dear life and feeling the warm breeze was amazing!  It felt like I was in the Pirates of the Caribbean.

As the waves eventually started to settle, our watch began working on the Engineering Almanac.  Then right before dinner, all hands mustered to listen to the three watches present weather, navigation, and engineering reports, followed by Cap’s story reading.  Right after, I had dinner- an amazing meal prepared by Brandon!  As the sun begins to set over the horizon, I must prepare for my upcoming watch at 18:00- 24:00. 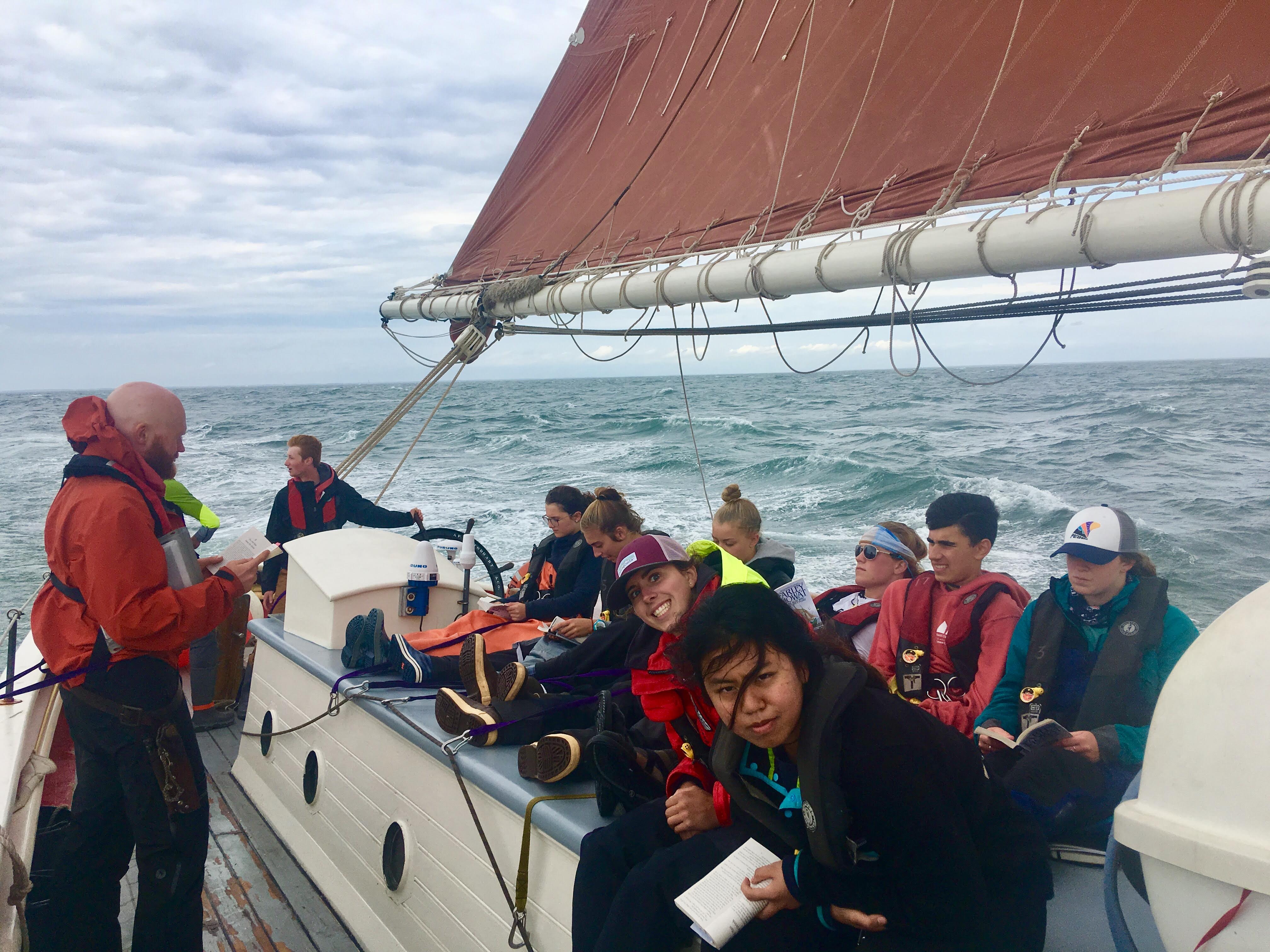 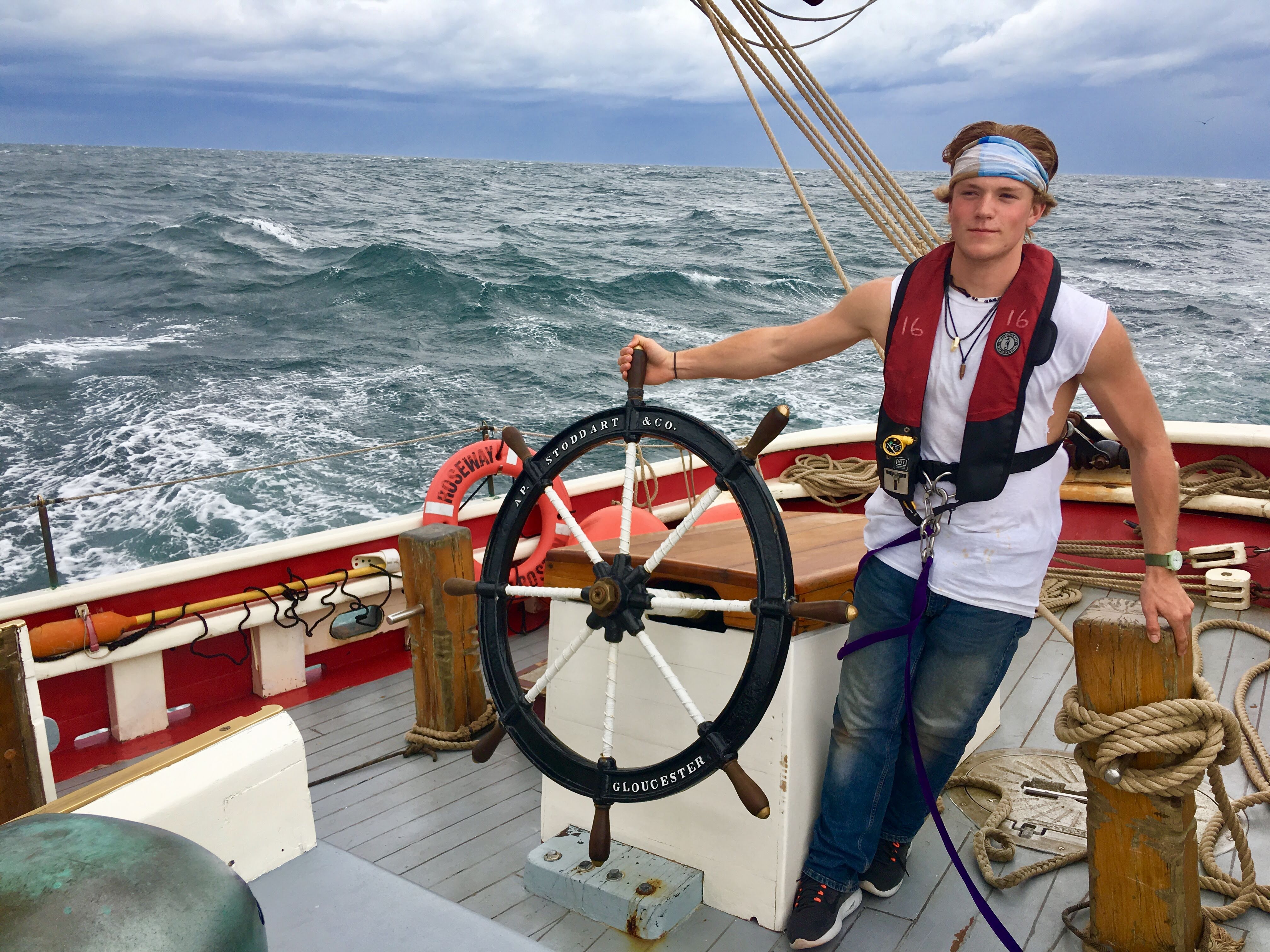 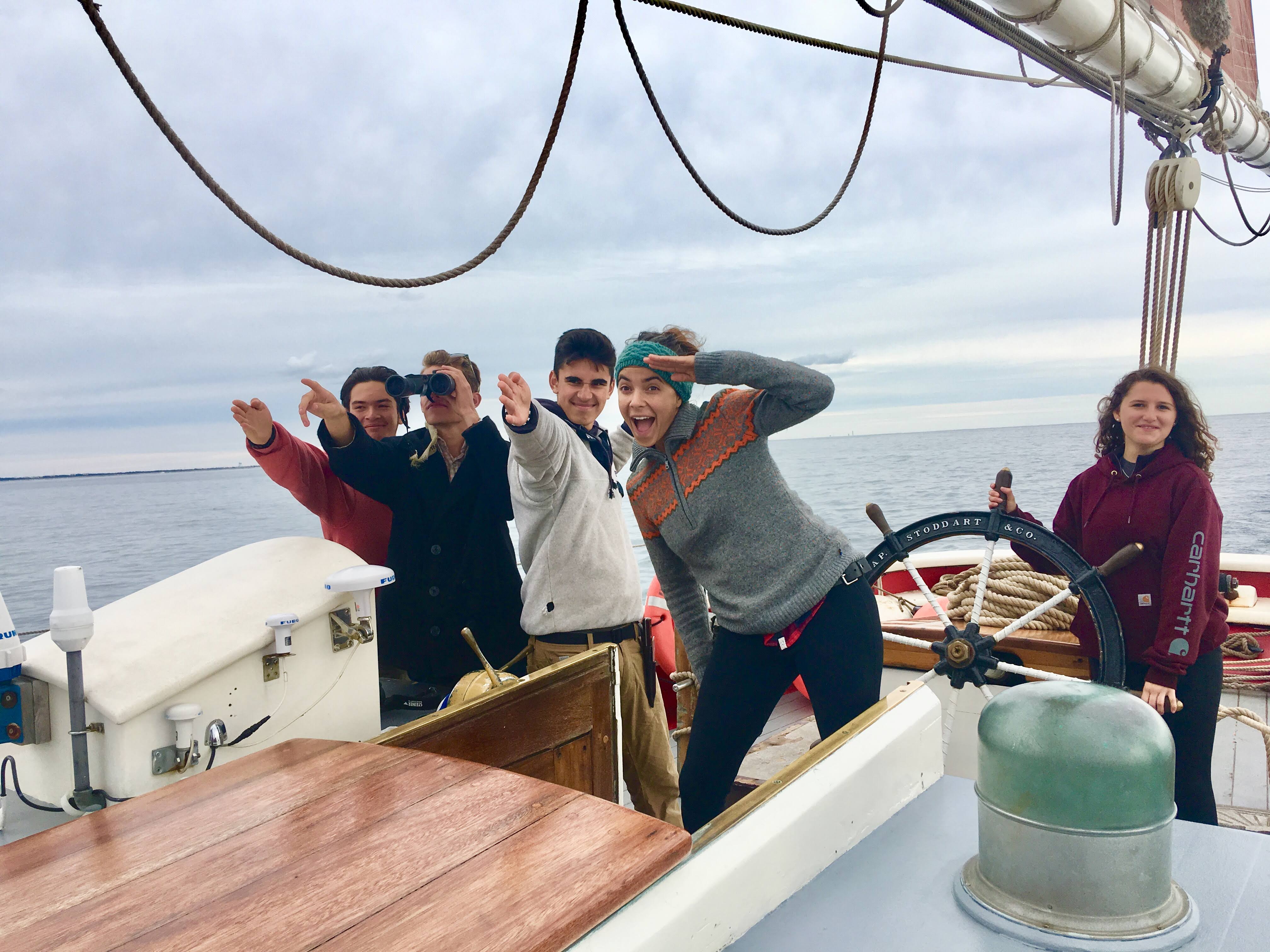 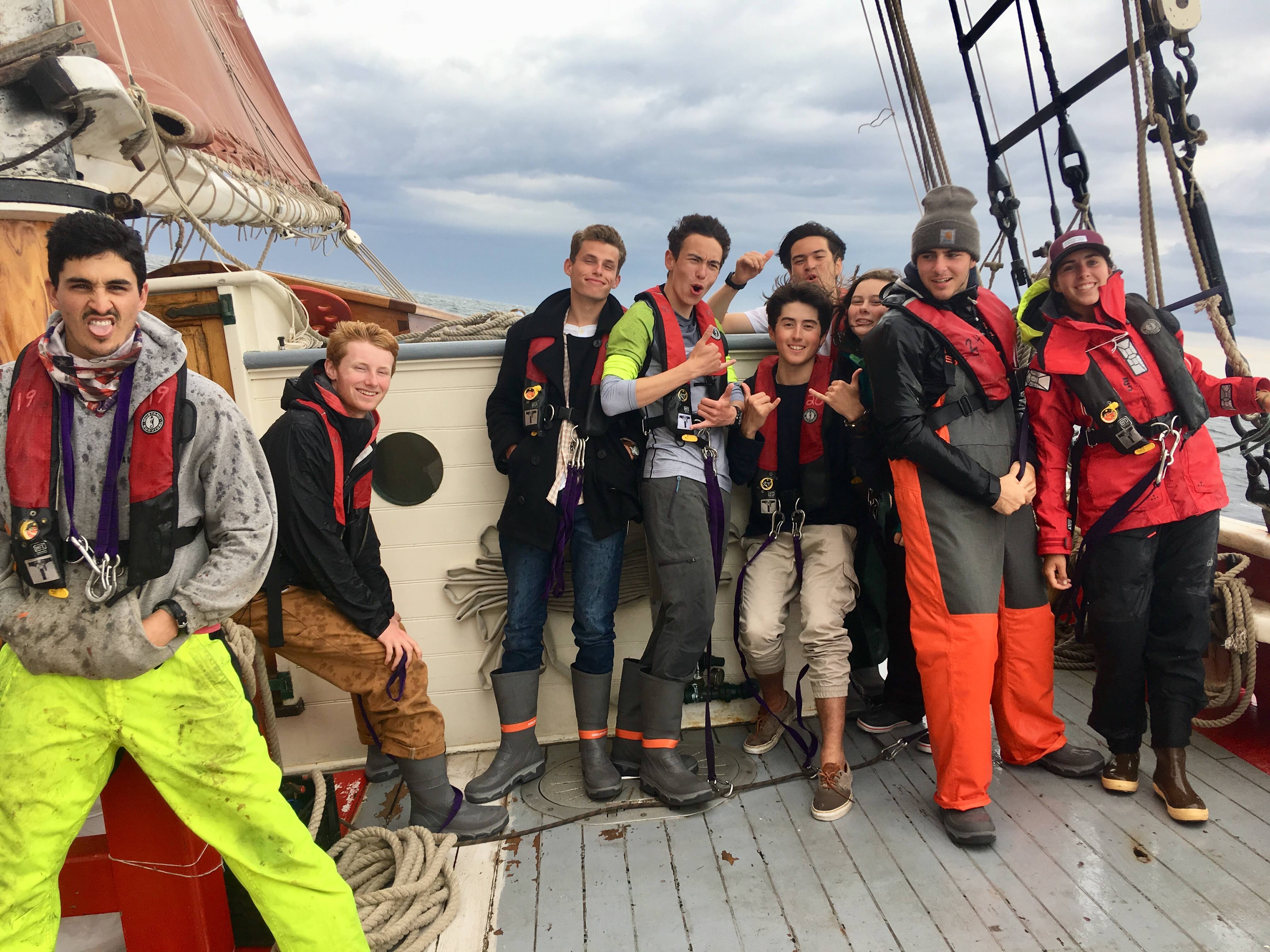 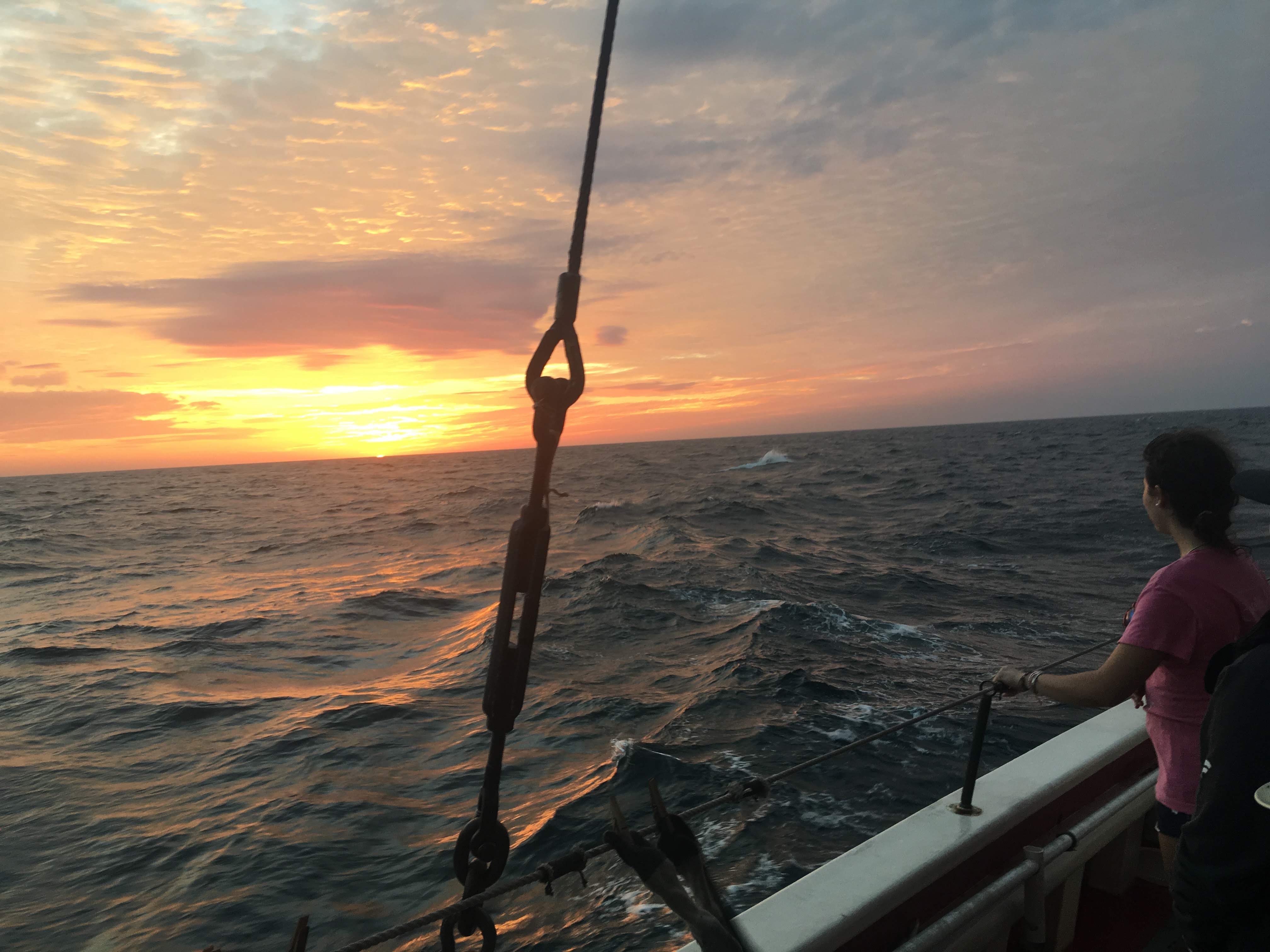 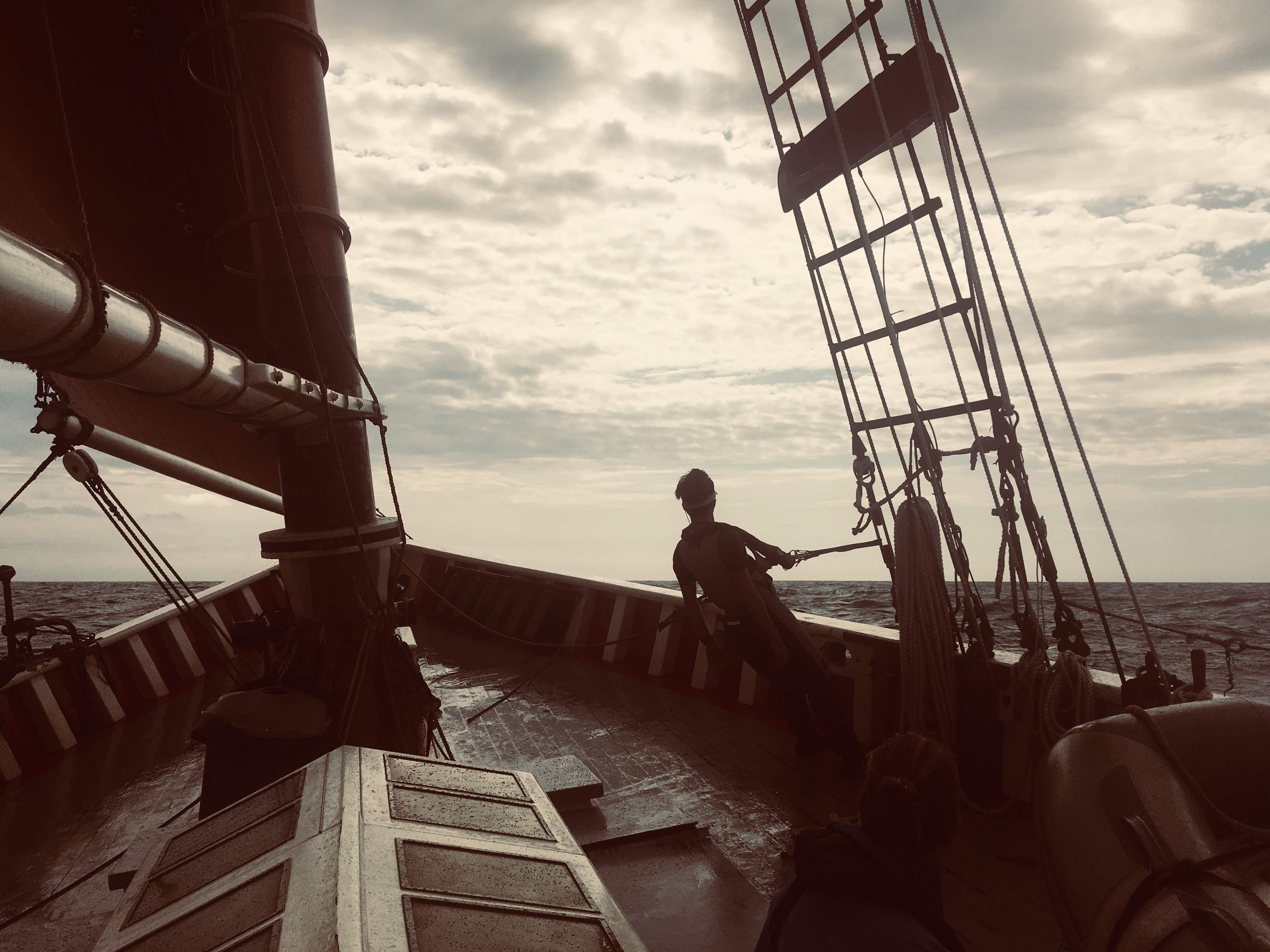 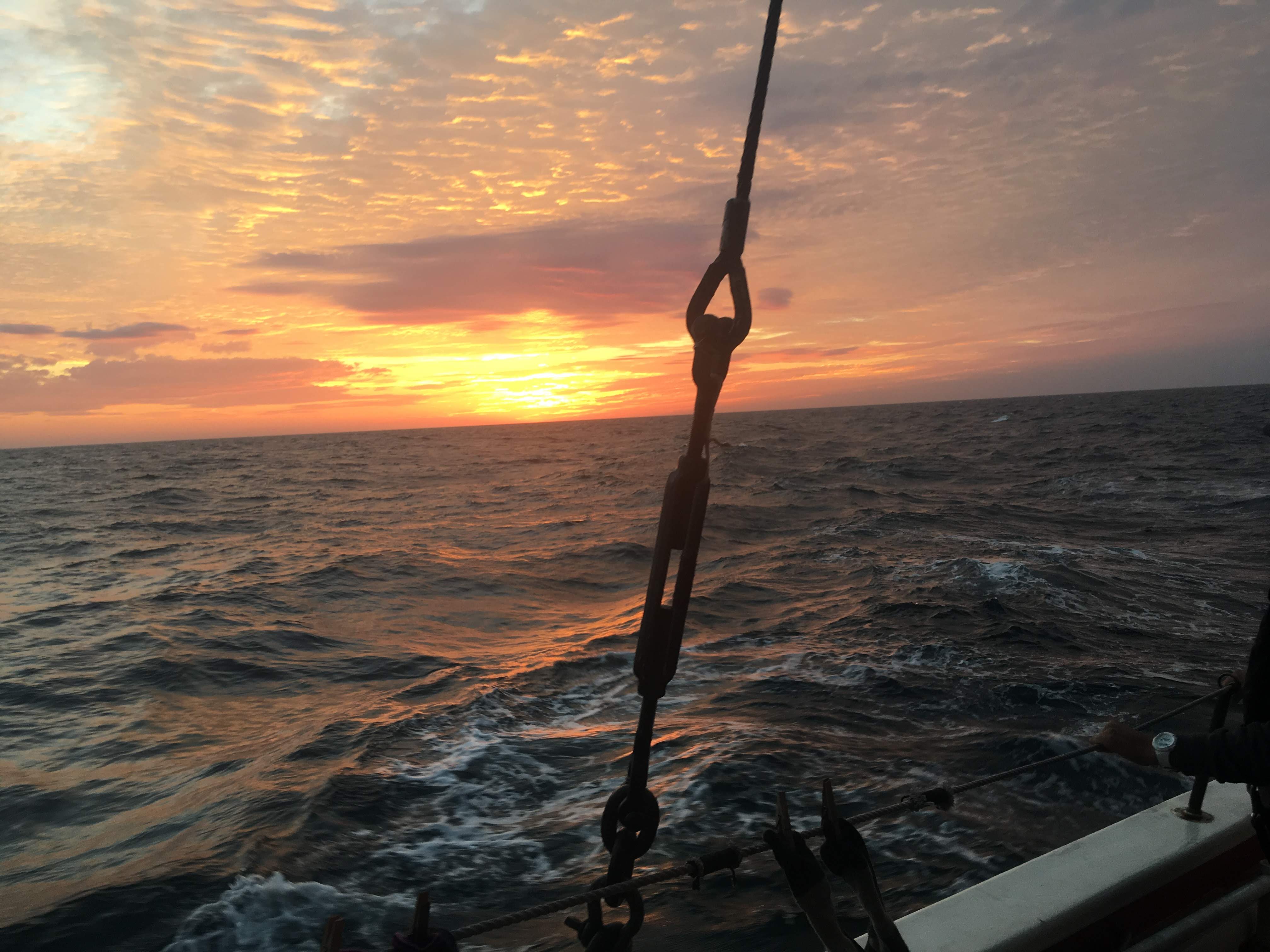 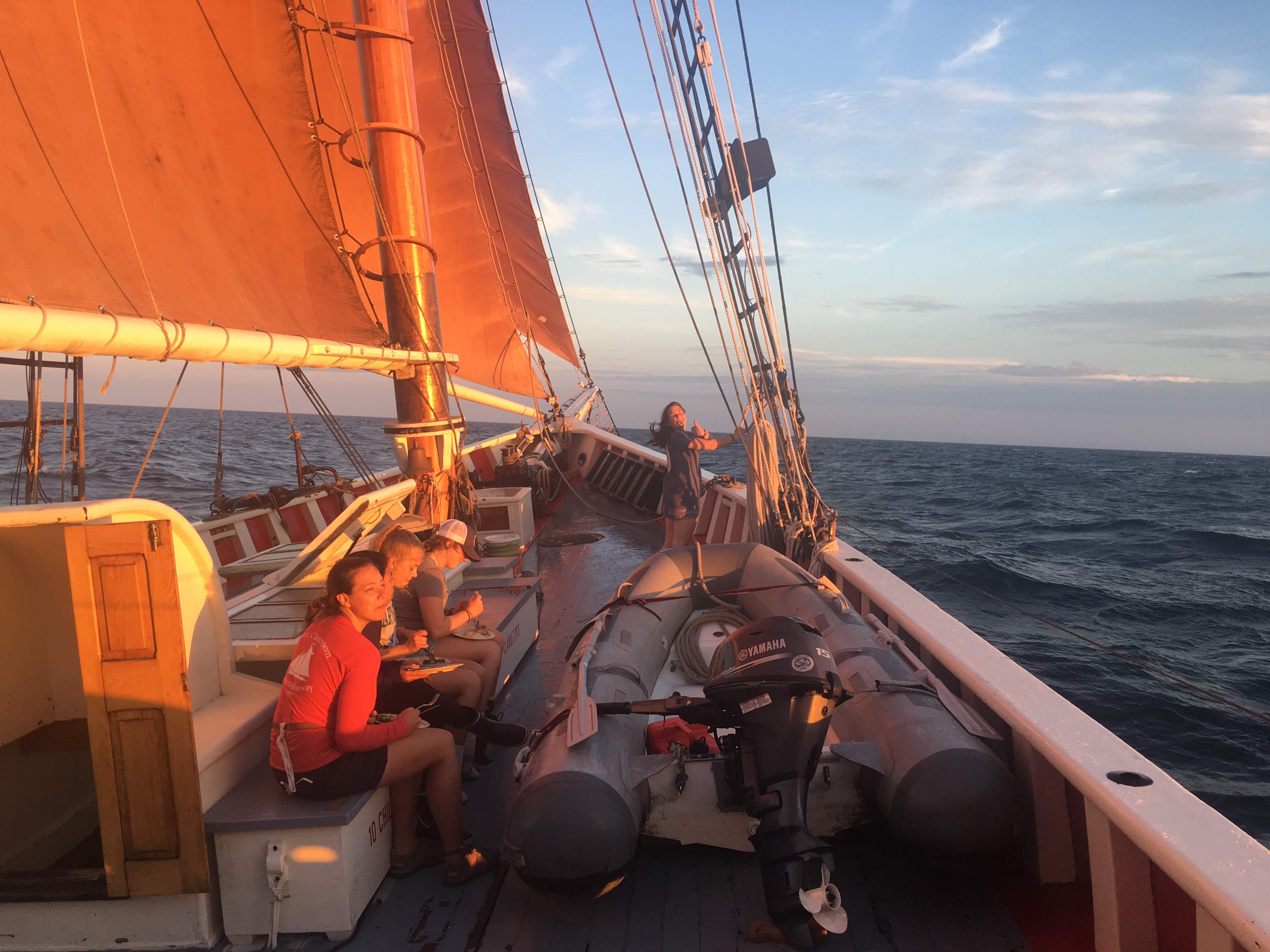 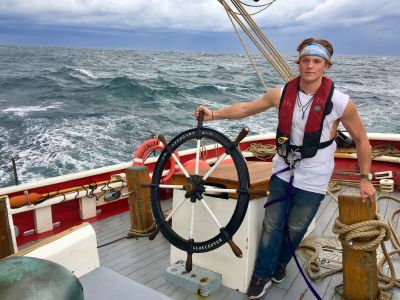