This cool Tuesday in Baltimore started off with a delicious breakfast of hearty eggs with bacon and high anticipation to get underway toward our next port in St. Michael’s. Although some may have been upset to leave the city of Baltimore after successful shopping and snack stockpiling, the majority consensus of the group was let’s head onwards, or as cap says “towards” St. Michael’s. Today was also a benchmark moment in the trip as we transitioned into new deckhand groups. My watch, C-Watch, was the first to get us underway. After an “all hands” call by our mate Ms. Nevin, the family flooded the deck to set our sails. Shoutout to Billy B. as he helped assist me on the headrig to set the jib. To our good fortune we had great winds allowing us to fly through Baltimore at a solid 8 knots. Passing Fort McHenry and where Francis Scott Key wrote the Star Spangled Banner just solidified how historic Baltimore is. With fair winds and exceptional handling by the skipper we cruised from 0900 -1700 at an average of 9 knots until we anchored for the night in a secluded bay outside Mules River. After a great meal from our new cook Caz, many of us crowded around the table to play a wholesome game of Cards Against Humanity. The humor was much needed and allowed for laughter to carry into the night until 2100. 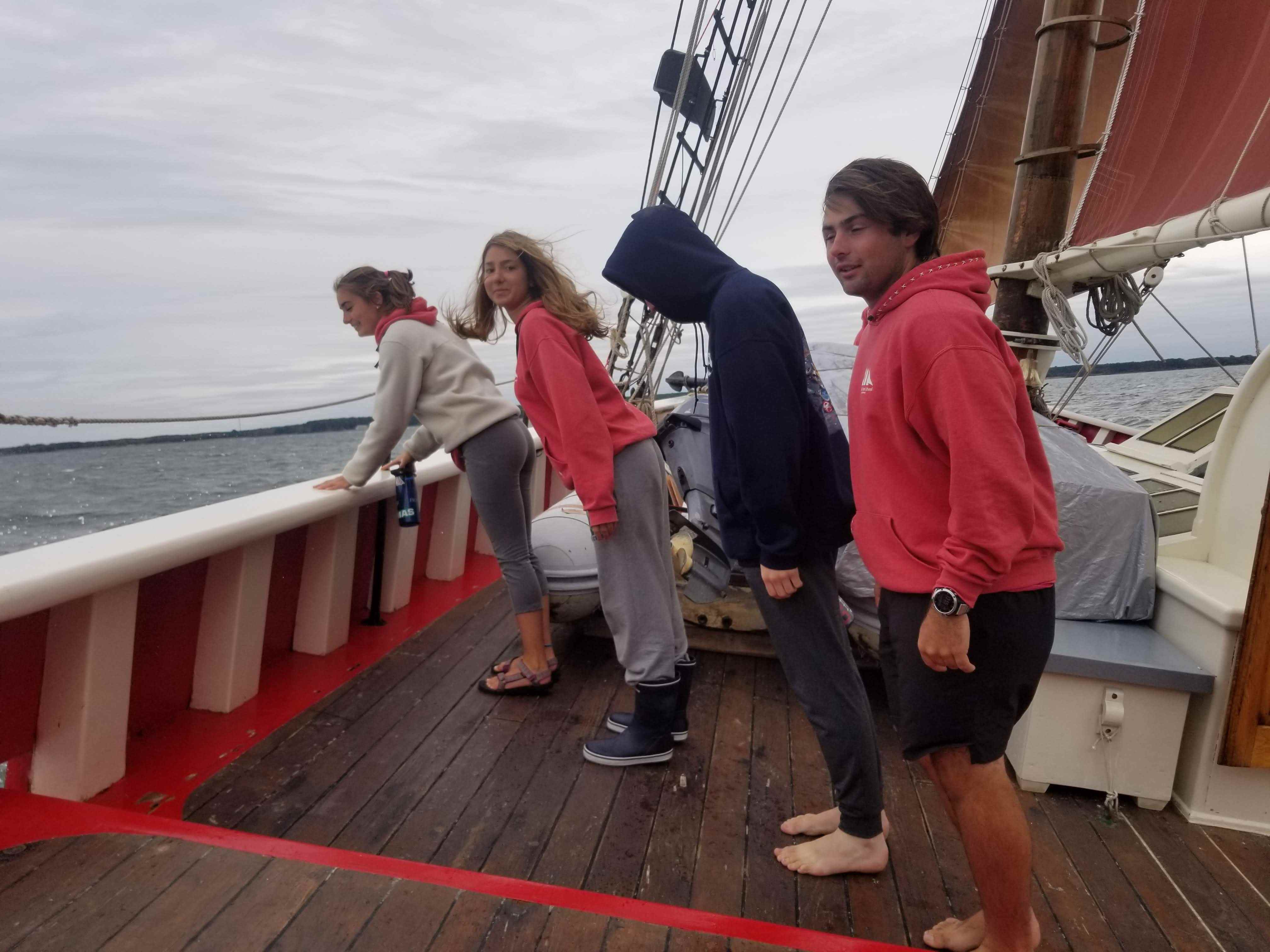 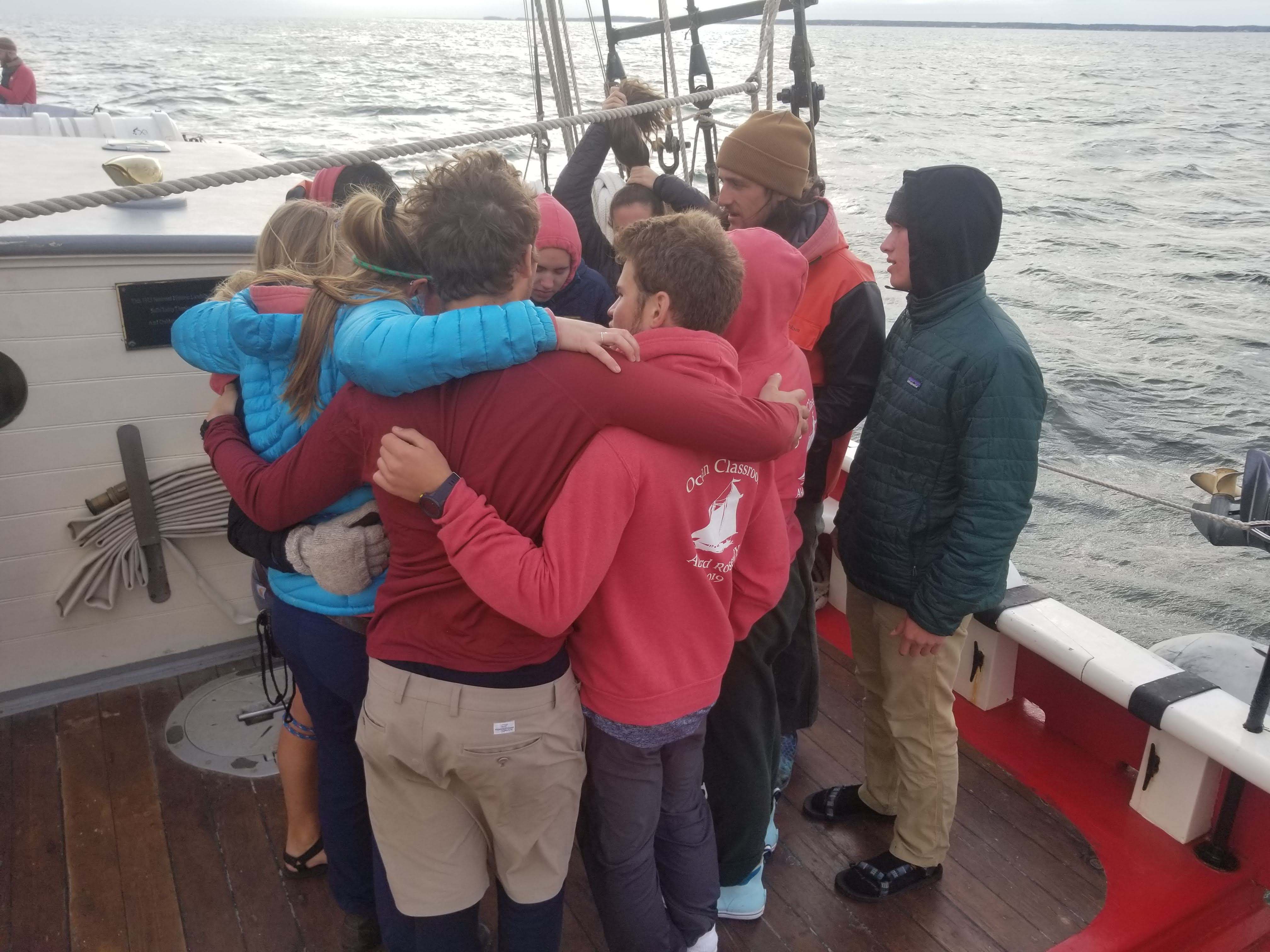 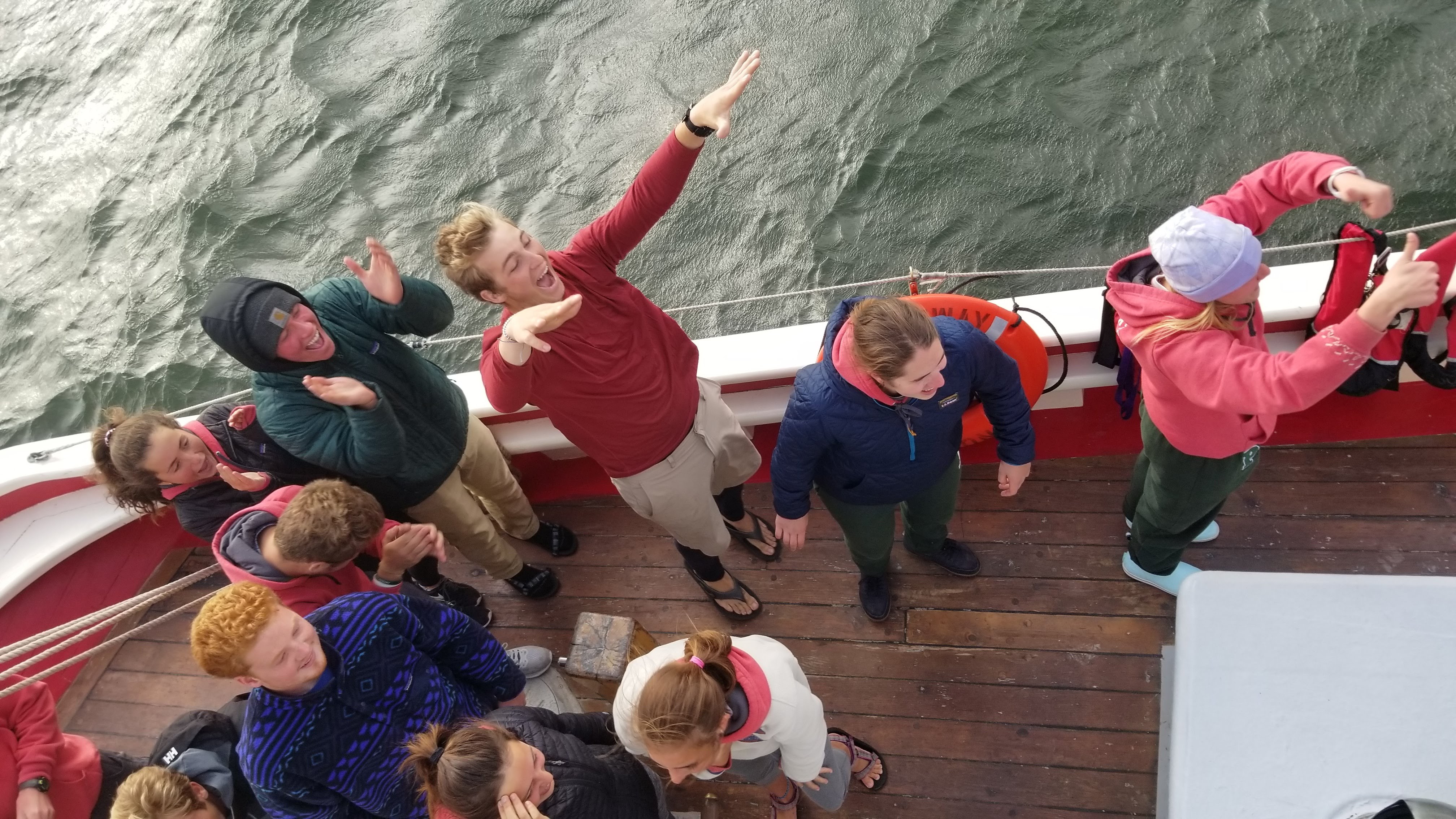 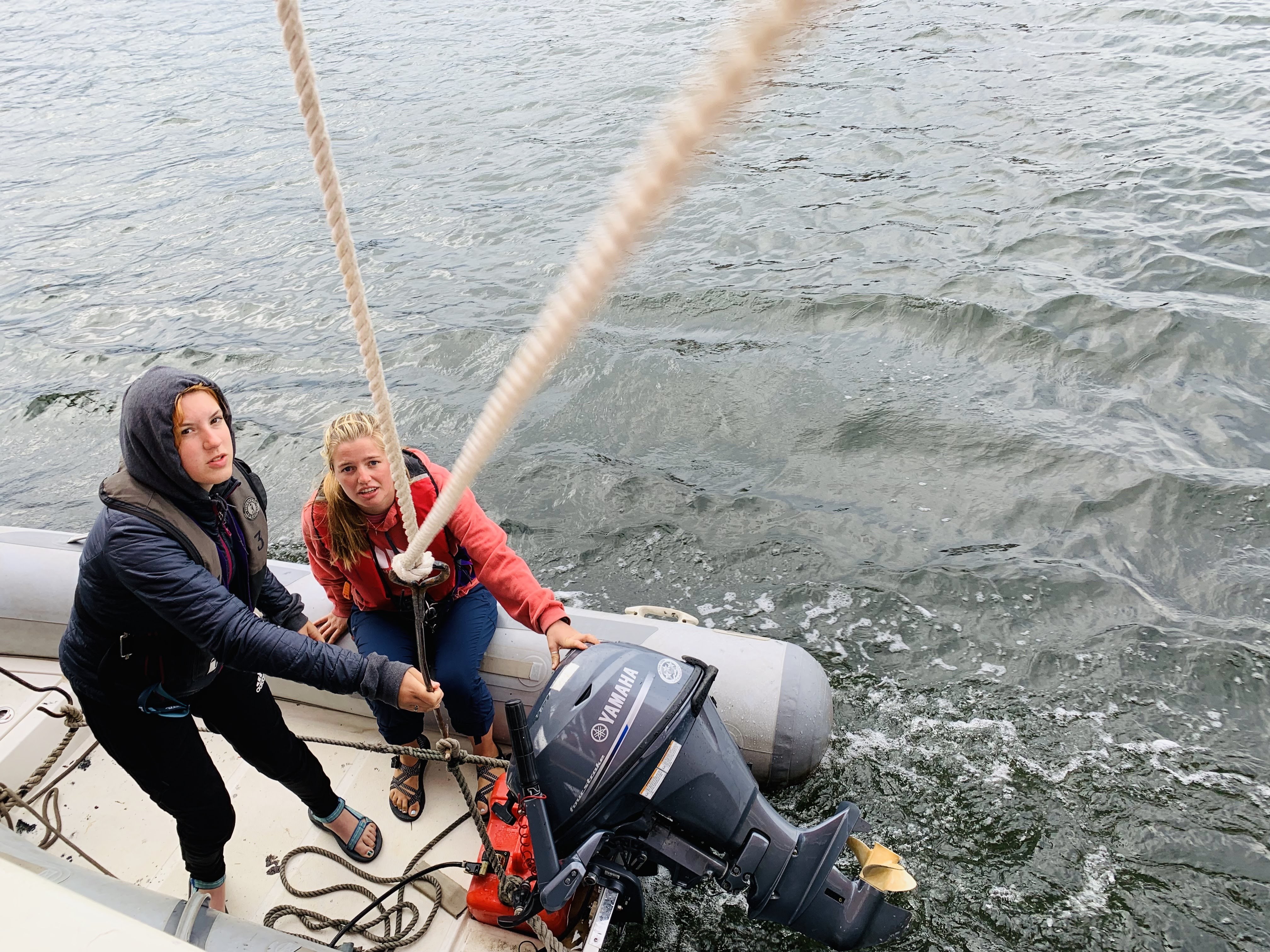 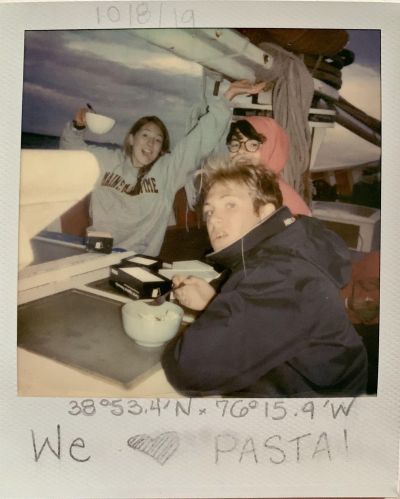