October 6, 2017: A rather frightening day about Roseway it was. While the seas had calmed and the vicious vomiting came to a temporary halt, we were not able to let our guards down. At about 1300, Roseway experienced an arthropodal attack. All was well when suddenly a mutant demon wasp boarded the ship. This flying six legged creature, which at the time resembled a small dog in size, was unlike anything anyone aboard had ever seen. Once captured, there was much debate over what should be done with the prehistoric winged creature, many were in favor of slaughtering the beast on the spot but controversy arose when the more kindhearted folks aboard opposed its execution. As usual, the long-haired, spartan engineer looks matters into his own hands by discarding the demon wasp overboard using a bucket of water. Finally we were safe. Or so we thought. Nearly an hour passed, during which almost everyone aboard took advantage of the warm weather by throwing on their bathing suits and indulging in a refreshing bucket shower. Little did they know that they were only further exposing themselves to the winged predators that lurked above. Again the peace was disrupted when another beasty boarded, this time infiltrating Brian’s precious array of spices. Seeing that the critter being indoors only elevated the risk of attack and the thought of stabbing Deckhand Michelle with an Epipen in order to prevent her from going into shock sounded like a rather unwanted scenario, I knew it had to be taken care of quickly. With an empty spice container, I slowly crept up on it and with a flick of the wrist, I secured the monster and after it was released back into its element. --Parker

In addition to the craziness of the winged beasties today, students had another day full of learning and fun. We entered the Delaware Bay to provide potential safe havens in the event of foul weather due to Tropical Storm Nate, had science class where students learned about estuaries, literature class where students continued to discuss “The Boat Who Wouldn’t Float,” and had an all hands muster where Captain read “Youth” aloud before dinner. Roseway anchored in the bay and will head through the C and D Canal tomorrow to continue on our voyage to Norfolk. 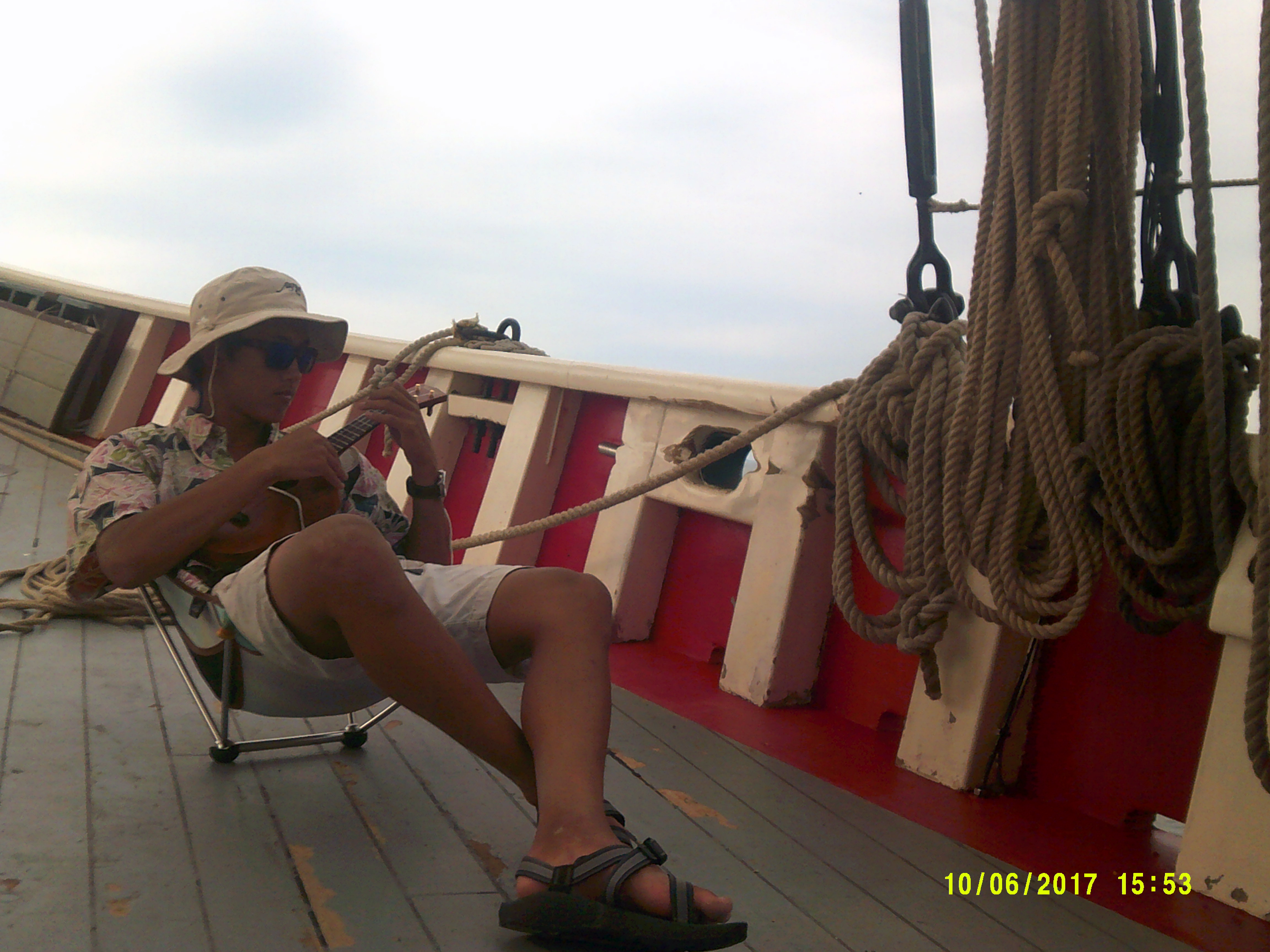 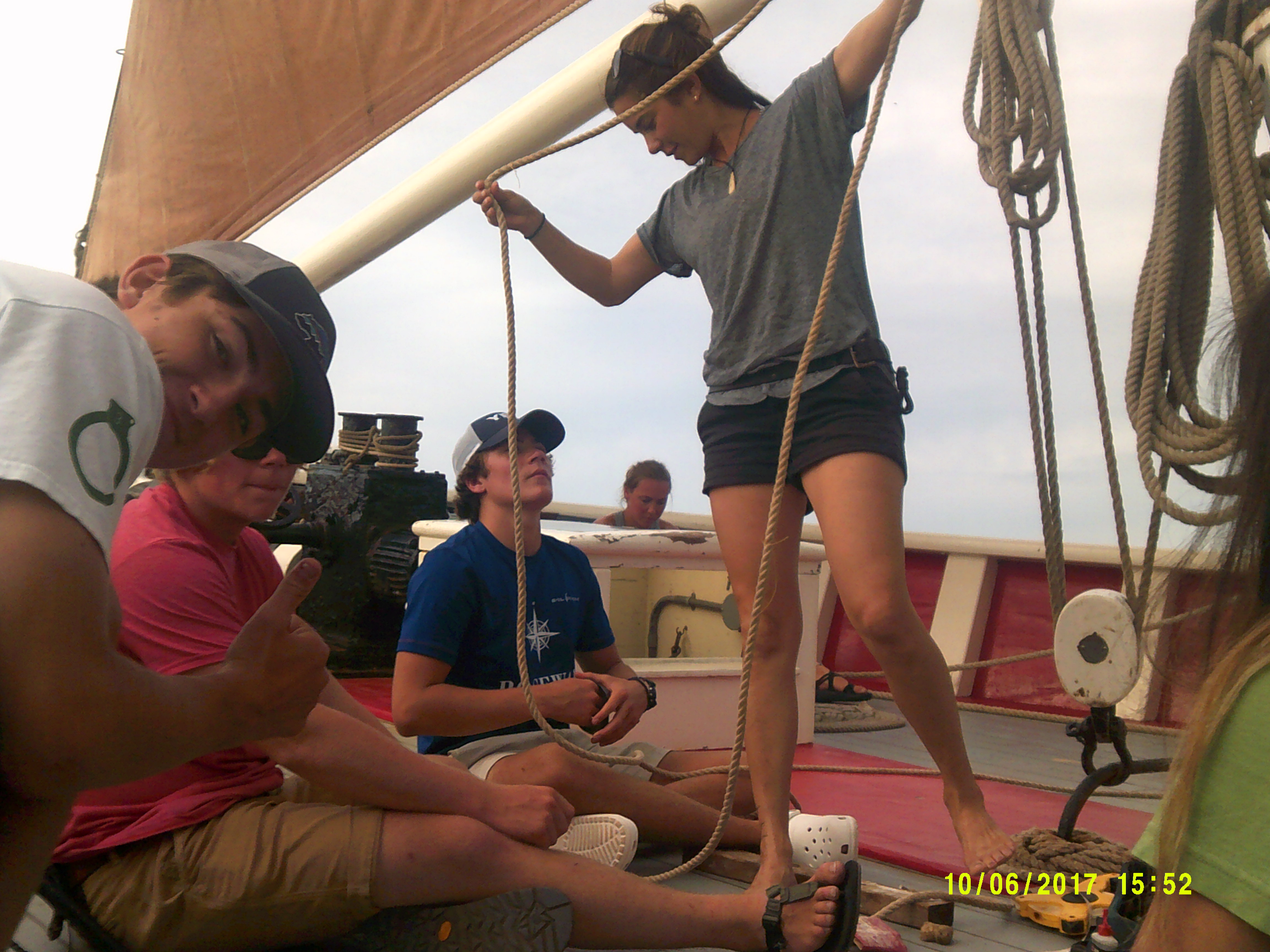 Left: Kai treats the deck to tunes during his time off. Right: Miss Ordway teaches a group of students whippings—a method of finishing off a length of line so it does not unlay. 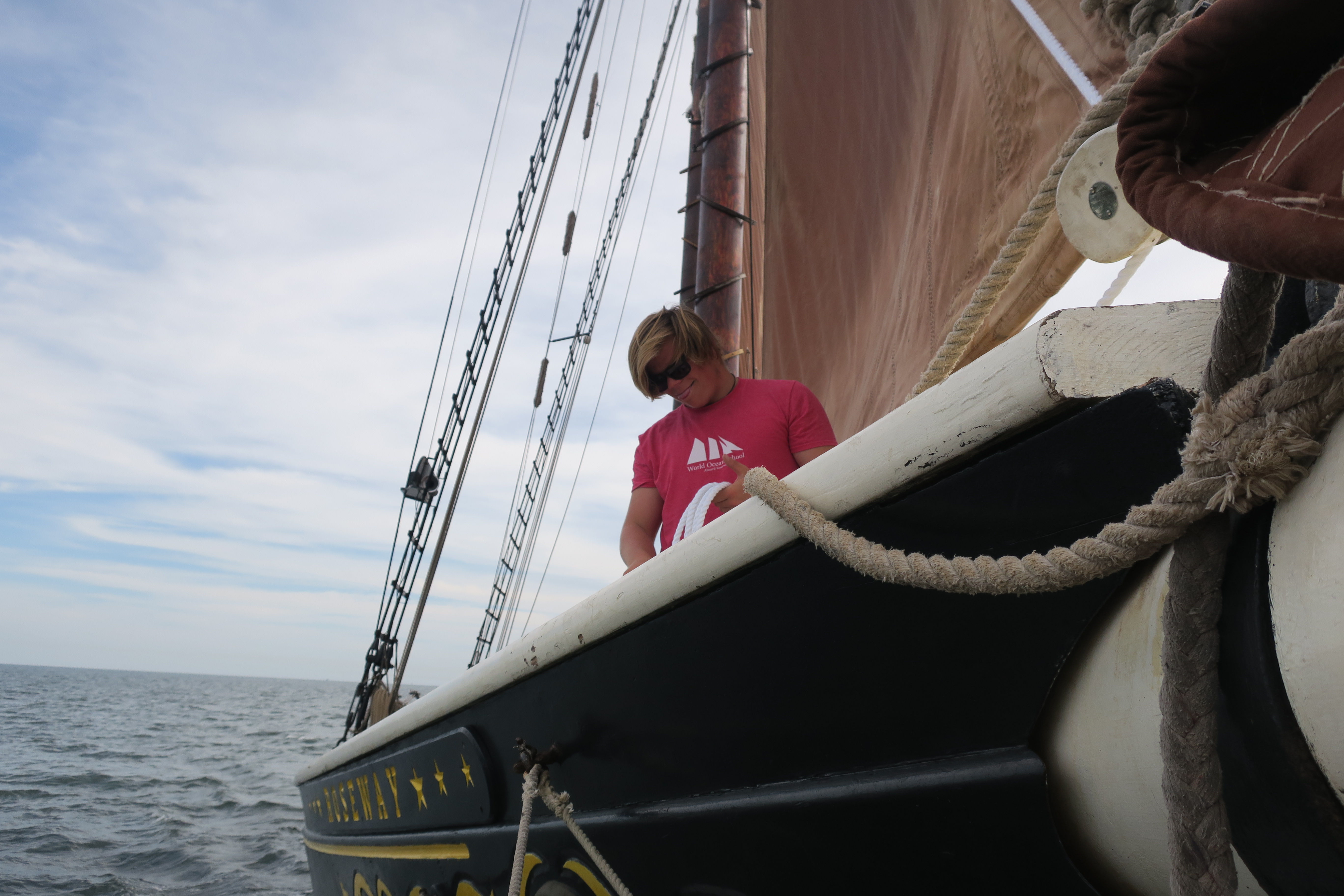 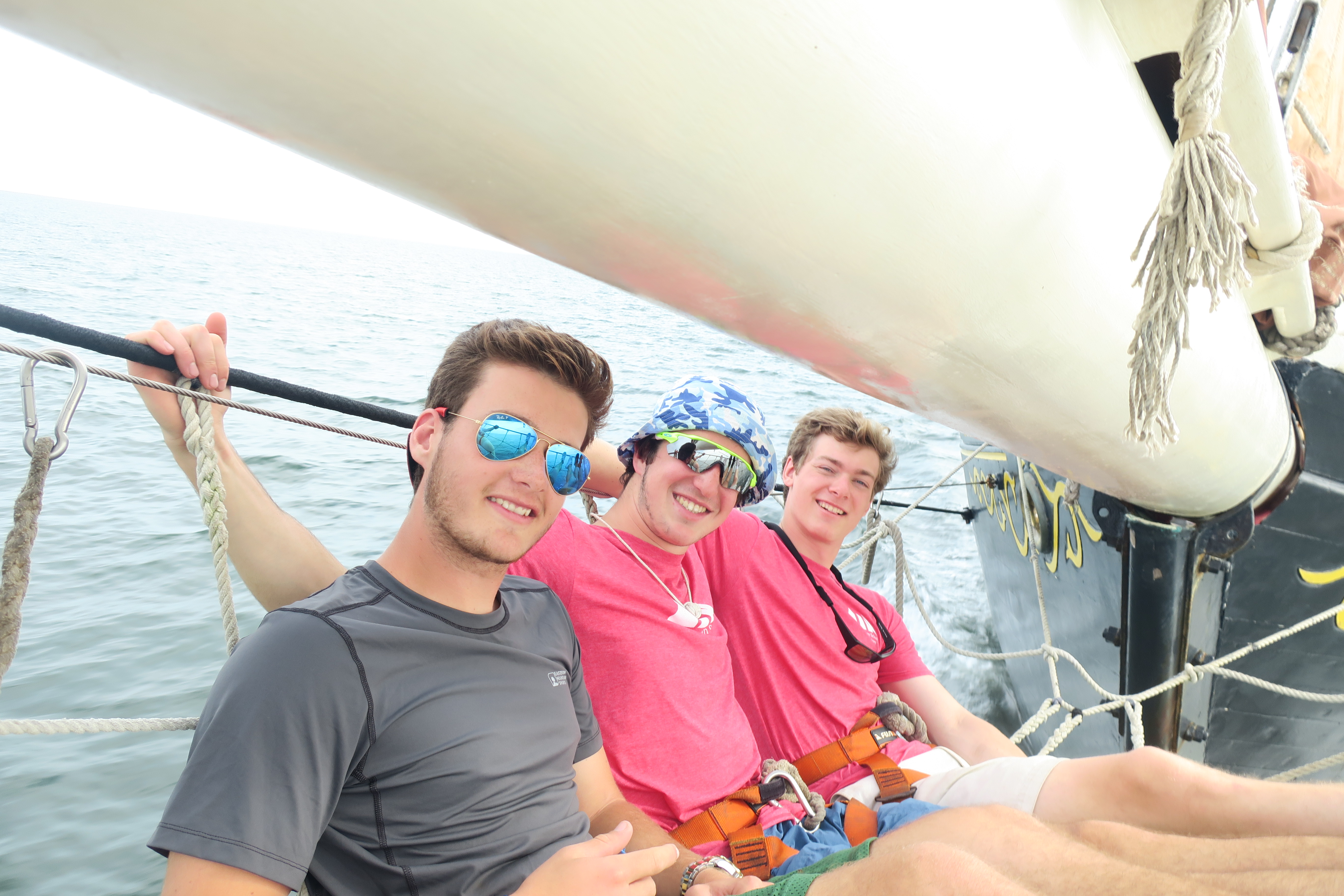 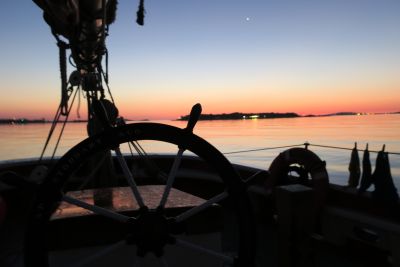