This “morning” I woke up at 23:45 for a 00:00 watch. I quickly got ready and got on deck. After 4 hours that felt like an eternity I returned to my bunk for a couple more hours of sleep before breakfast. After breakfast I had a little free time before science class with Holly. In class we learned about ocean circulation and ocean currents. After our class I had an early 11:30 lunch before a 12:00 watch. B watch was scheduled to end watch at 16:00, however, due to currents in the entrance to NYC harbor we had to drop anchor and spend the night just outside the harbor. During the process of setting up for the night I went out with Griffin, Jaimes, and Andy to furl the jib. This was the last step for all of us to get headrig cleared. This means that we can go out on the bowsprit without a crew member with us. Plus the entire B-watch crew is now headrig cleared. This means that we can start to study to become aloft cleared so we can climb the rigging. After this long day we capped it off with a reading from cap. We also got to play a game called Adventure Island. This game consists of two people who get tricked into thinking they have to guess a story that everyone comes up with. However the only rule was that every question they asked had to be a yes or no, and our answers were decided by whether the last word in their question had an “a” in it. It was very fun because they created a whole story from their imagination. It was one of the best days yet and on top of that we could see the NYC skyline for the majority of the time. 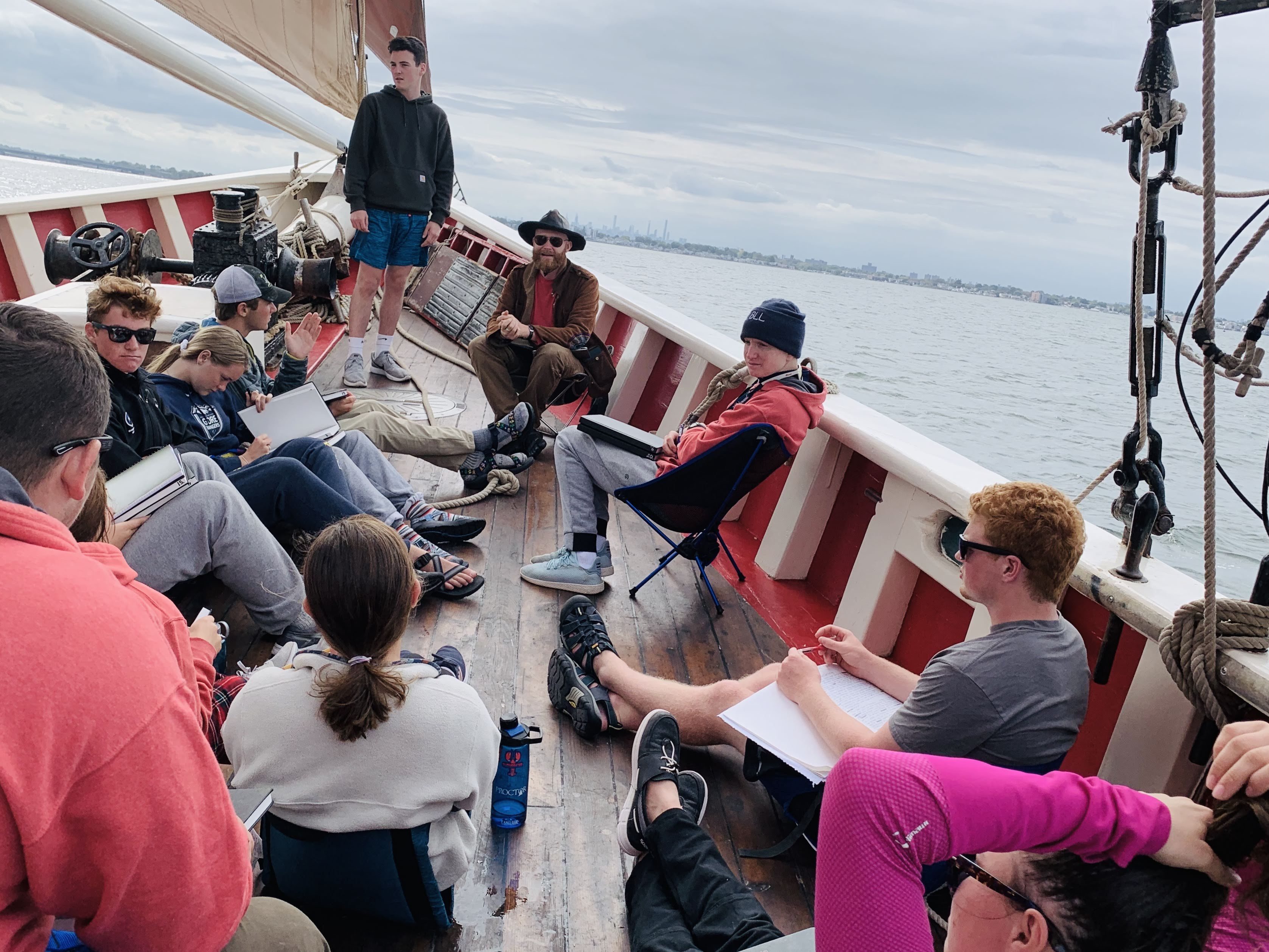 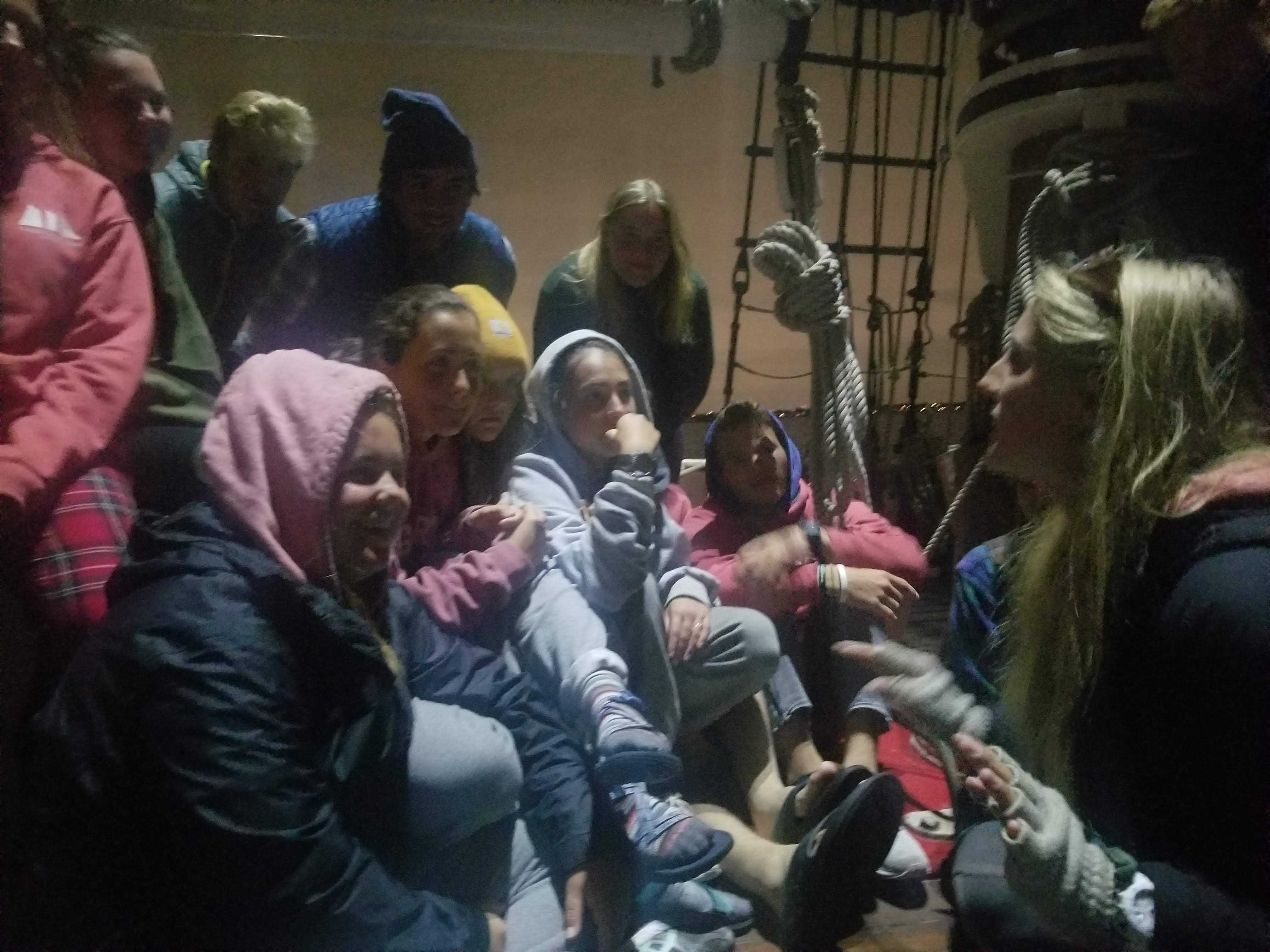 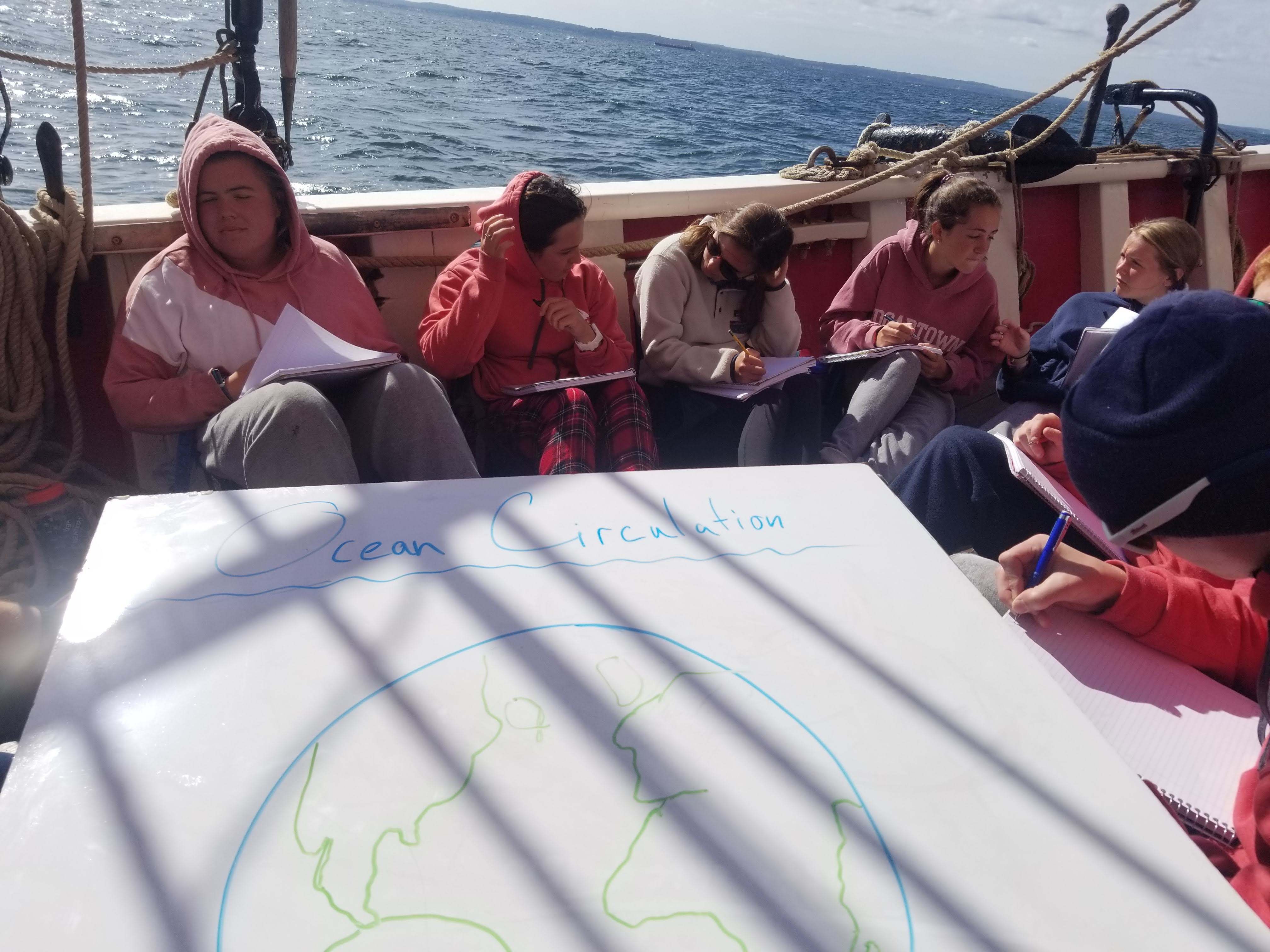 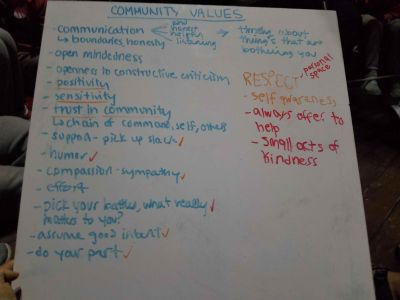