Today we got underway and left Gloucester. However, time doesn’t feel real on Roseway, you could tell me that we left last week, you just have to keep track with every great meal. Today was started with music over the newly crew discovered P.A. system, next was chores, B-Watch did deck wash. After that we all waited in line eagerly for a breakfast of biscuits, bacon and eggs. After we ate it was finally time to leave, so we hauled up the sails and set on our way towards Baltimore. After a short watch that remained fairly uneventful, it was time for lunch. This time Tierney made lots of quesadillas and soup, I opted for only quesadillas. At 13:00 we had lit class, we learned an alternate version of the shanty “Spanish Ladies” which was super fun, of course, and then we listened to a passage of A Gift from the Sea which seems well written. I had about an hour until nav class so I meandered about doing a handful of random things. In nav we had Mr. Terry teach us about lift and points of sail. The science behind it is pretty darn cool and it came into play later when I was at the helm. Anyways we did our weather almanac, Griffin got the forecast while I did the weather phenomenon about Kelvin-Helmholtz clouds which are really neat because they end up looking like waves in the sky. Almanacs went well at 1700 and mostly everybody was excited for Holly’s sports report. We also had Cap. begin to read us a short story that I enjoyed. Finally we had a rushed dinner of rice and some AMAZING curry. I headed to forward lookout and admired the waves and sunset. My next watch task was galley clean-up where I washed dishes. Finally, I continued onto the helm where I watched the stars and sails. 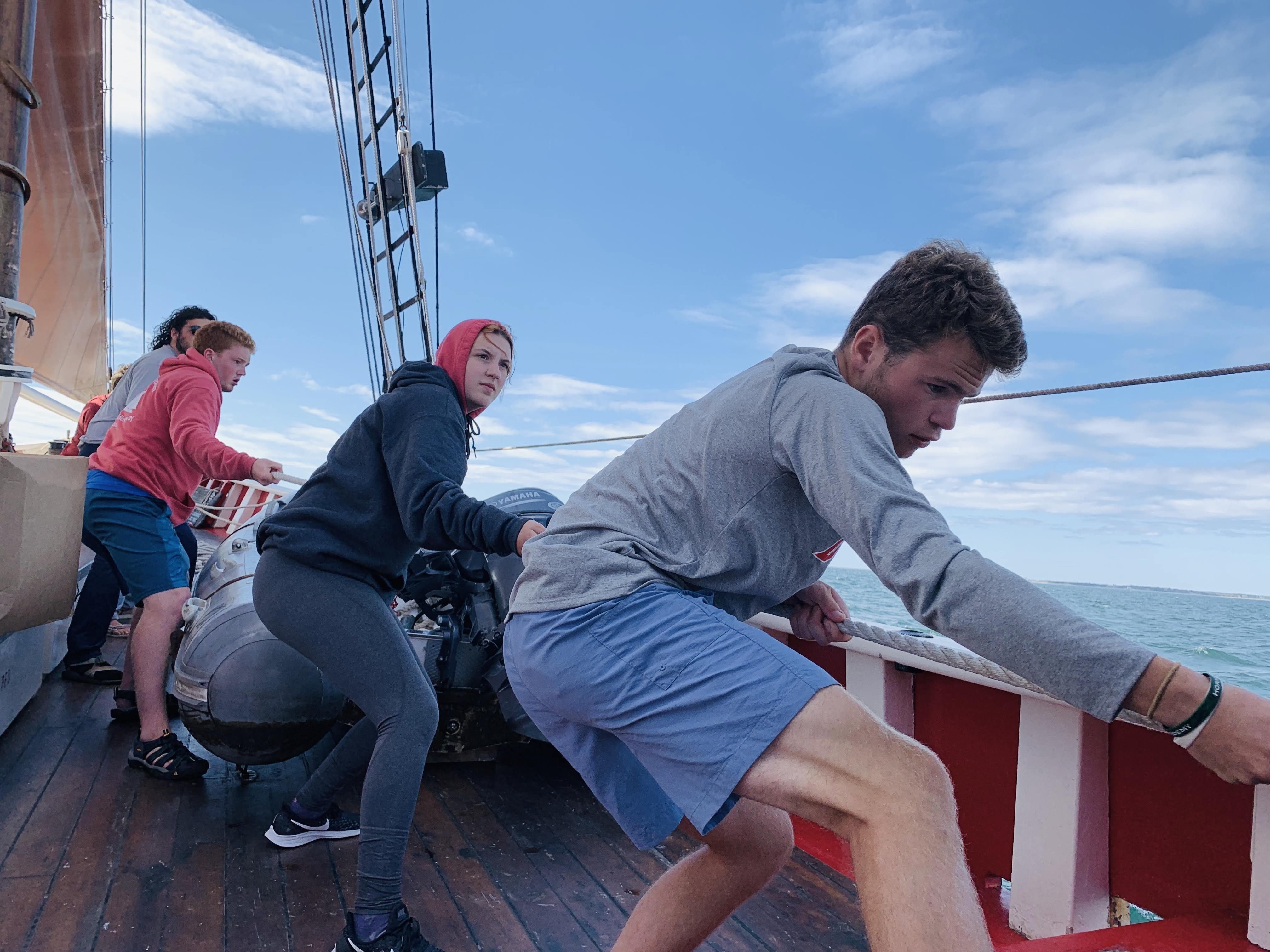 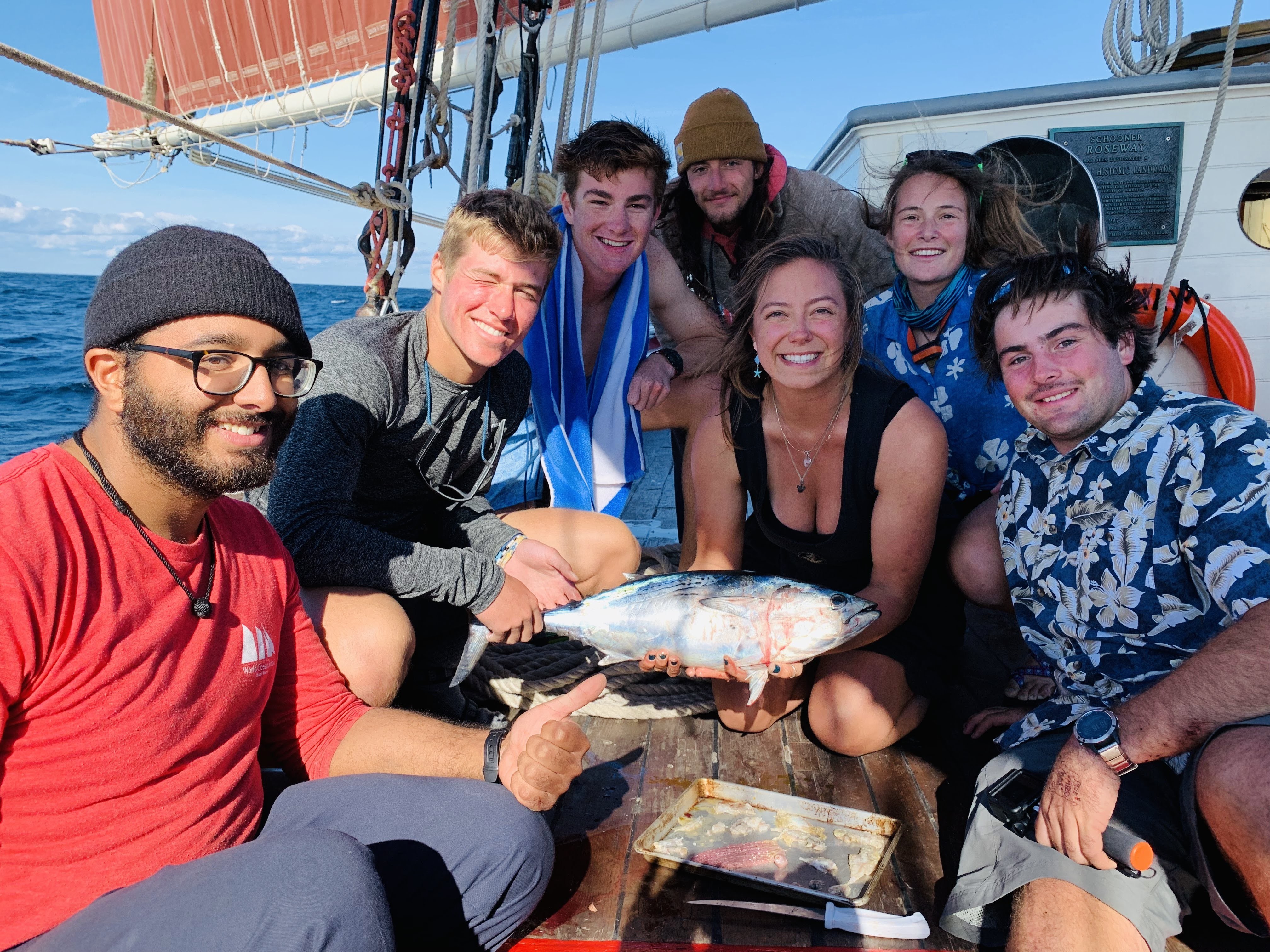 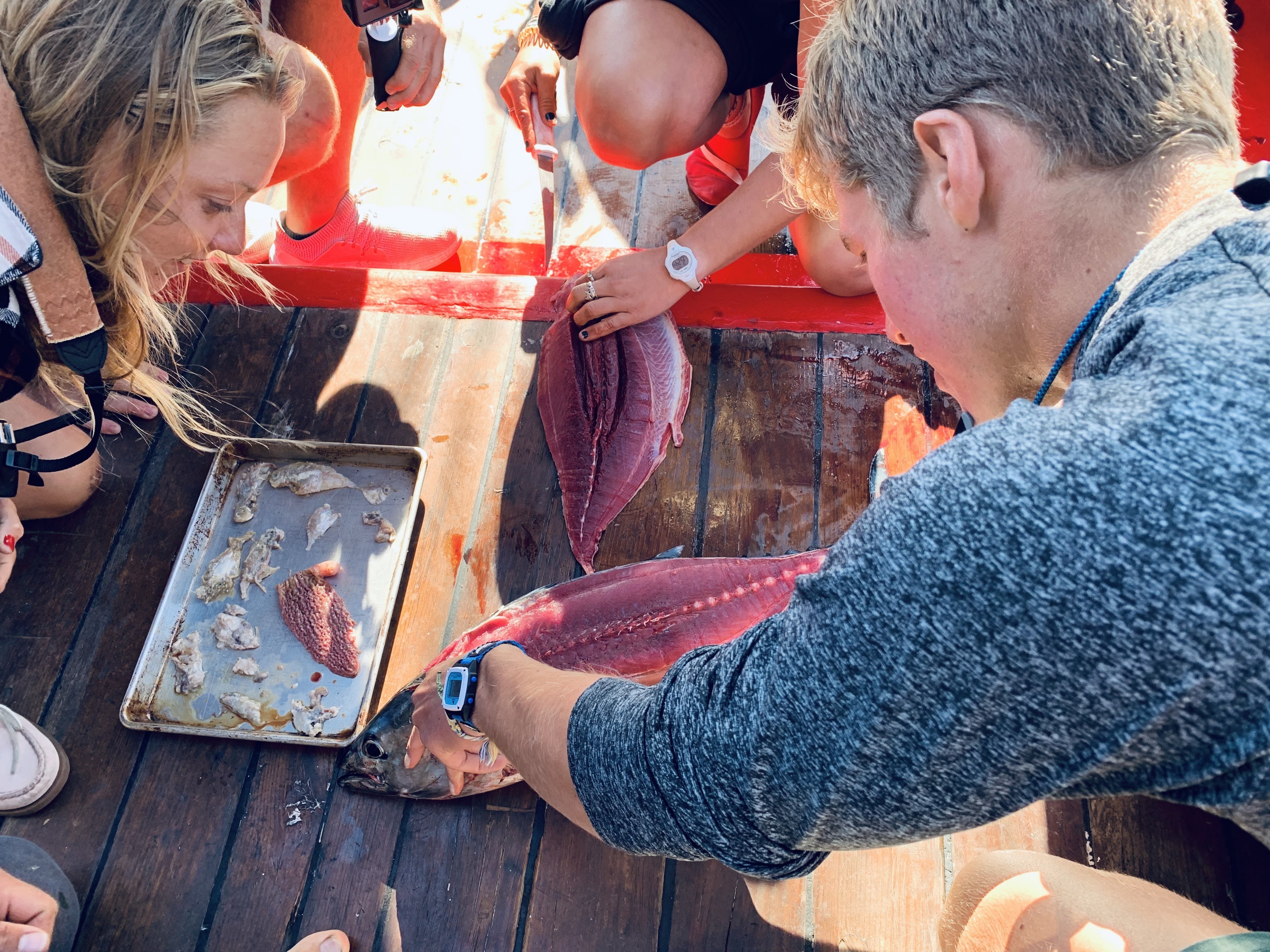 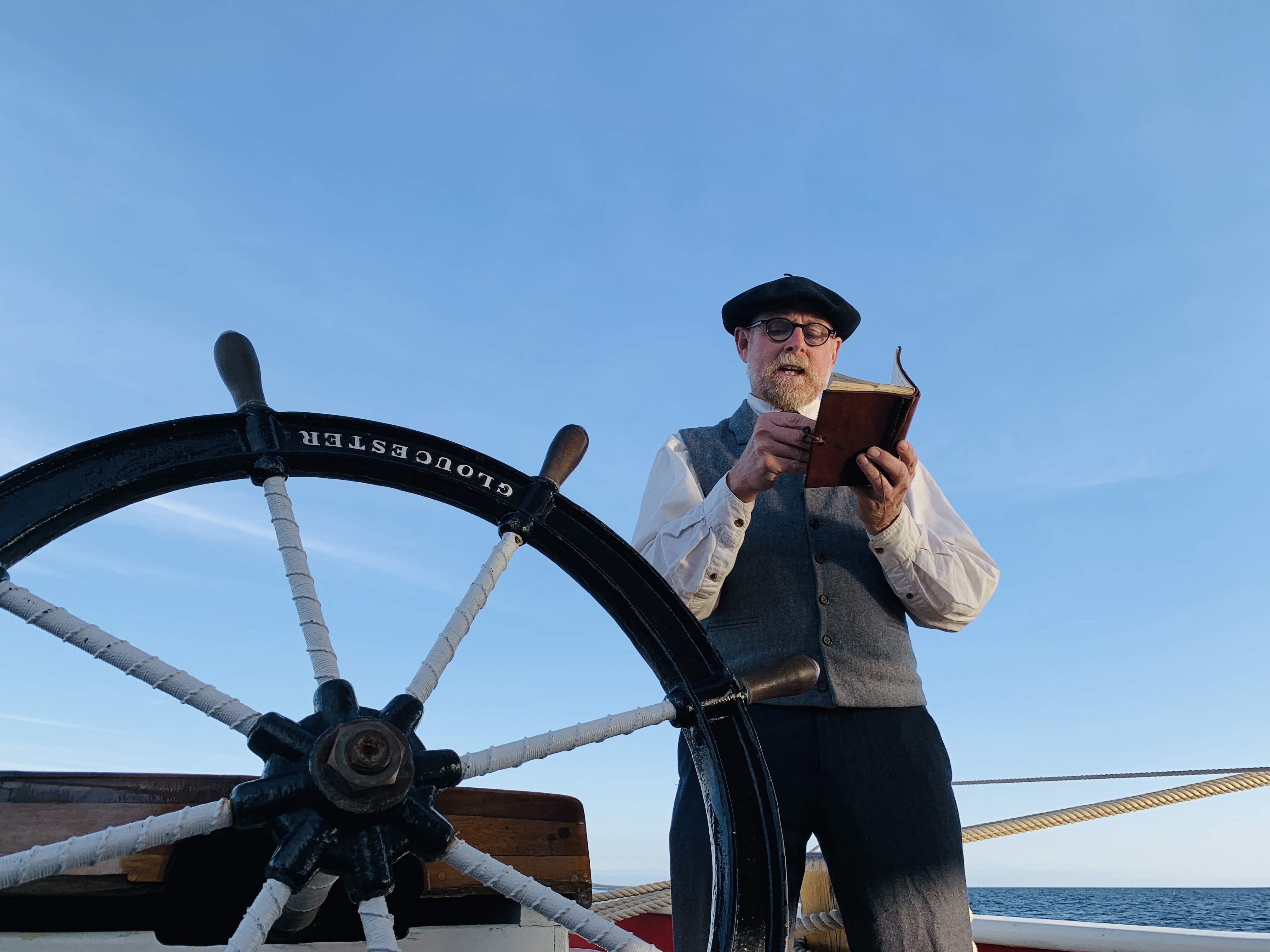 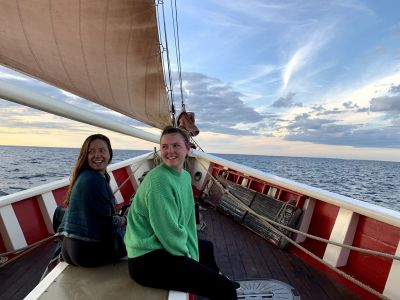