On the fourth day of our voyage, after waking up and having breakfast, we made our way to Woods Hole. After arriving, we toured the Knorr, an old research vessel most popularly known for locating the wreck of the Titanic. The ship has been retired after forty five years of service and the owners are currently looking for potential buyers*. We also had the privilege of seeing the ALVIN, the submarine known for exploring the ruins of the Titanic. Since its first dive in 1964, all of its components have been replaced as submarine technology has advanced.


We then got to tour a research facility focused on advancing medical science in humans through the testing of marine wildlife with similar properties. At the facility, we saw fish, sharks, various species of skates and their embryos. We then ate our packed lunches (provided by Collin) out on the grass.

After filling our stomachs, we had the opportunity to listen to MBI (Marine Biology Institute) professor Guy N. Evans talk about thermal vents located miles below the sea surface. These vents form when tectonic plates push against each other, sometimes forming volcanoes. He explained to us how the volcanic material escaping from the springs could be at temperatures of up to 662 degrees Fahrenheit (an average human would melt at around this temperature). We also learned about the types of life that are sustained around these vents: tube worms, shrimp, and more.

Next, a local submarine engineer took us on a tour of the Woods Hole Engineering Research and Development Lab. There, we saw models of the first unmanned submarines, as well as modern submarines that take advantage of the most advanced technology available. One of the craziest stories we heard was of a tethered robot that imploded from water pressure many miles below the sea. A few small faults in the production resulted in a loss of over $2 million in equipment.

Finally, we returned to the Roseway and listened to an S.E.A. researcher talk about sargassum, which is a type of seaweed. He talked (and showed us) four different forms of sargassum: S. fluitans, S. natans I, S. natans VIII, and a benthic species. We also learned where they have been most commonly found and how to distinguish between them. Surprisingly, this hour long presentation was both fun and educational.

After a delicious cookout (courtesy of the Schorers), we had our nightly group muster. Some of the crew decided to stay up and witness the super lunar eclipse. The moon appeared to be 8% bigger, and we were all in awe of the beautiful orange tint it gave off. After a long day, students finally turned in, exhausted from a day of full learning and excitement.

We’d like to thank the Schorers for acting as our tour guides for the duration of our stay at Woods Hole. We are all grateful for their hospitality; students and professional crew alike. 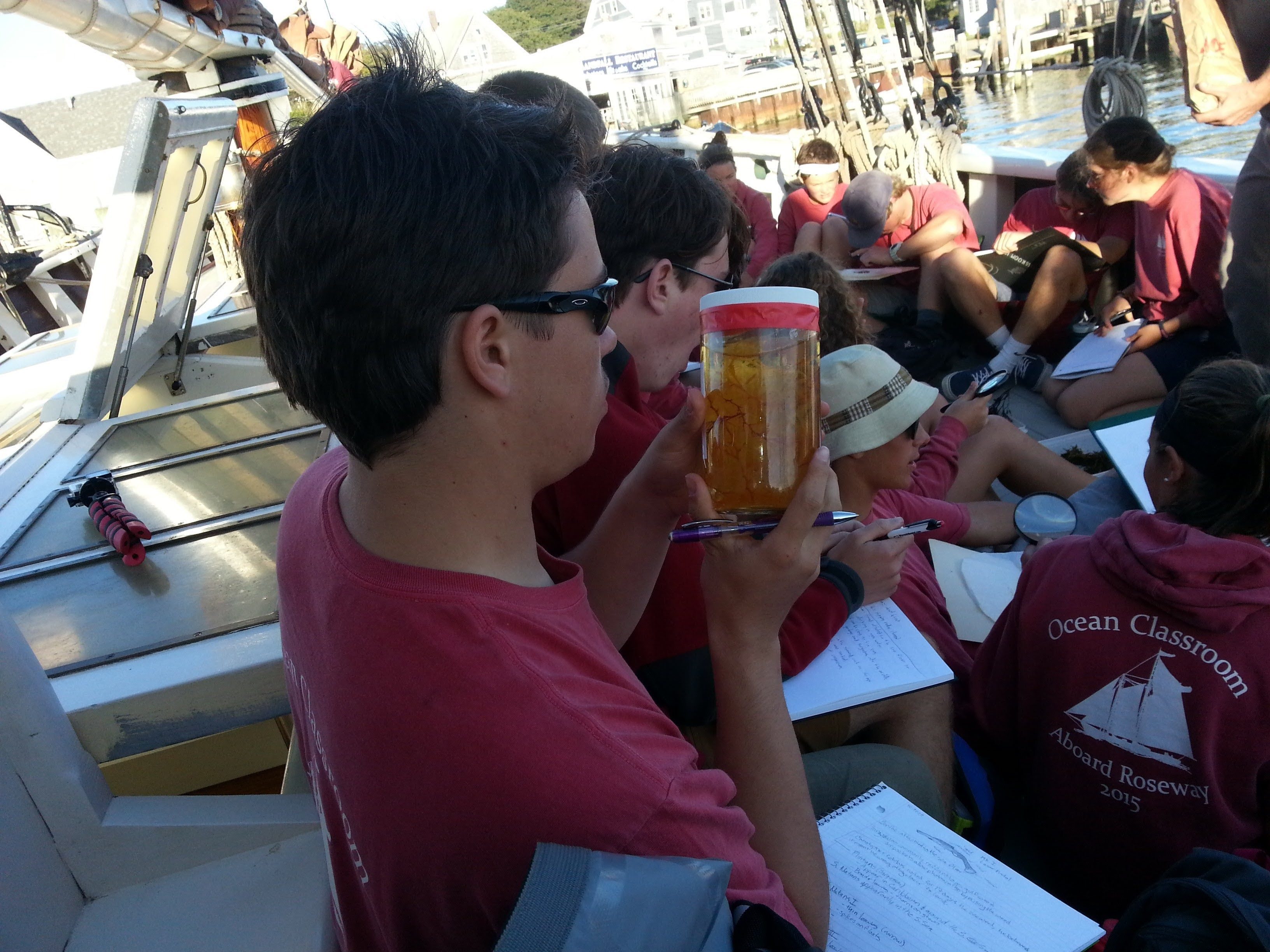 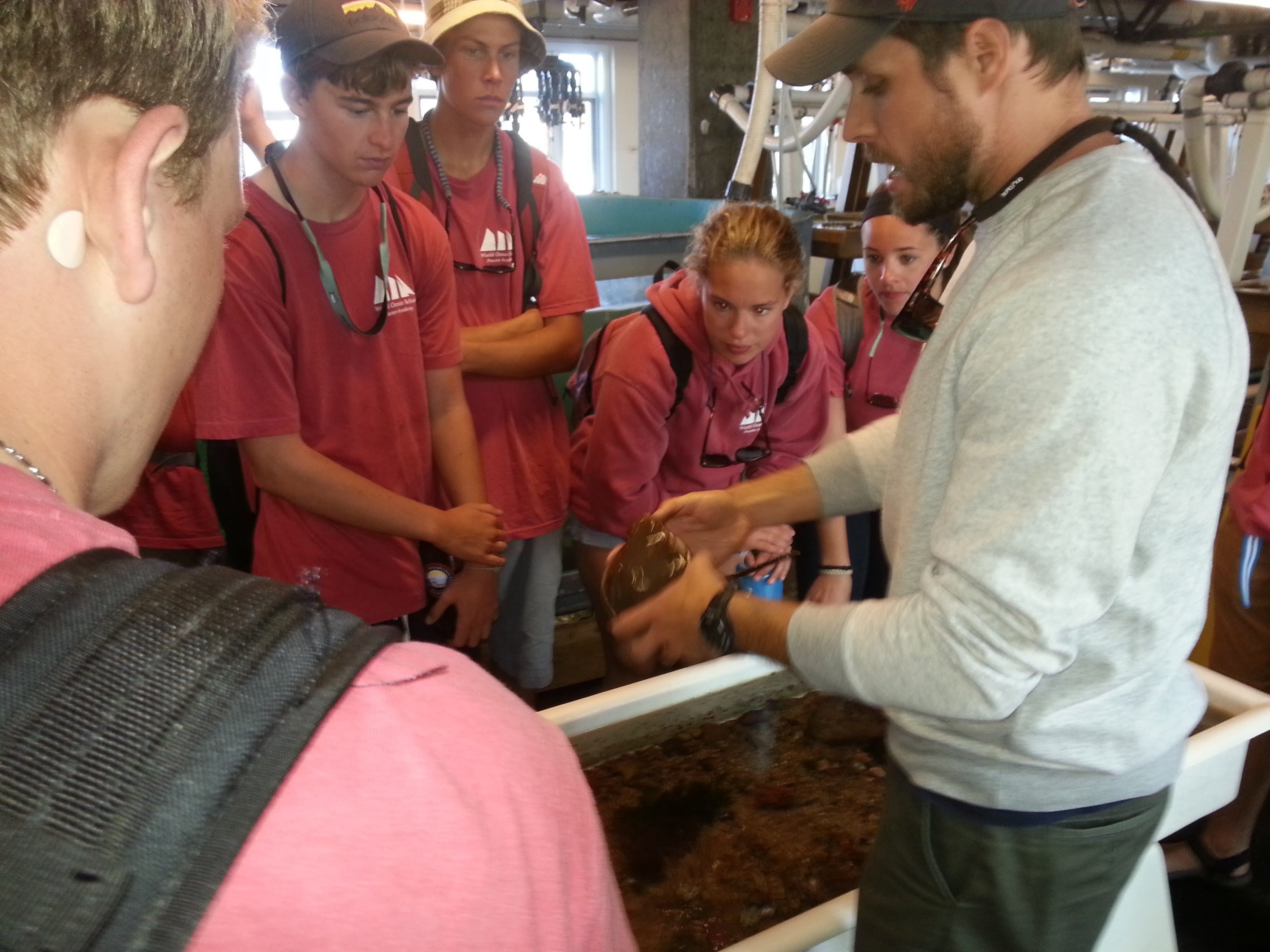 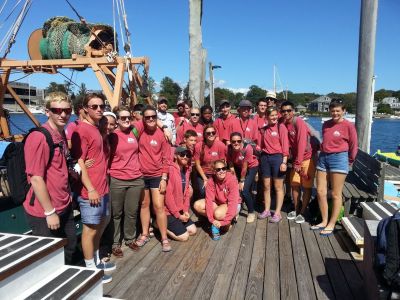