We woke up this morning to Happy Birthday for Geoffrey at 6AM. After some Cinnamon Toast Crunch, we picked up the busses and headed out. On our four-hour bus ride, we stopped for some Starbucks/snacks. After several riddles we arrived in Rockland, Maine. We then ate our lunches at the docks waiting to leave. Then we put on foul weather jackets and brought our bags to the boat. We took the lobster boat ferry to Hurricaine Island. Shortly after arriving and unpacking, we had a raft building battle race. We won!! After the battle, we all went to the dock to partake in the swim text required in order to jump off of the pier. Afterwards we joined the whole island in their dinner circle and met the rest of the people on the island. Dinner was awesome as we dined on scrumptious blueberry vinegrette and pulled pork sandwiches. We also had brownies for Geoff’s birthday. Finally, we finished the night up with some “hot seat.” 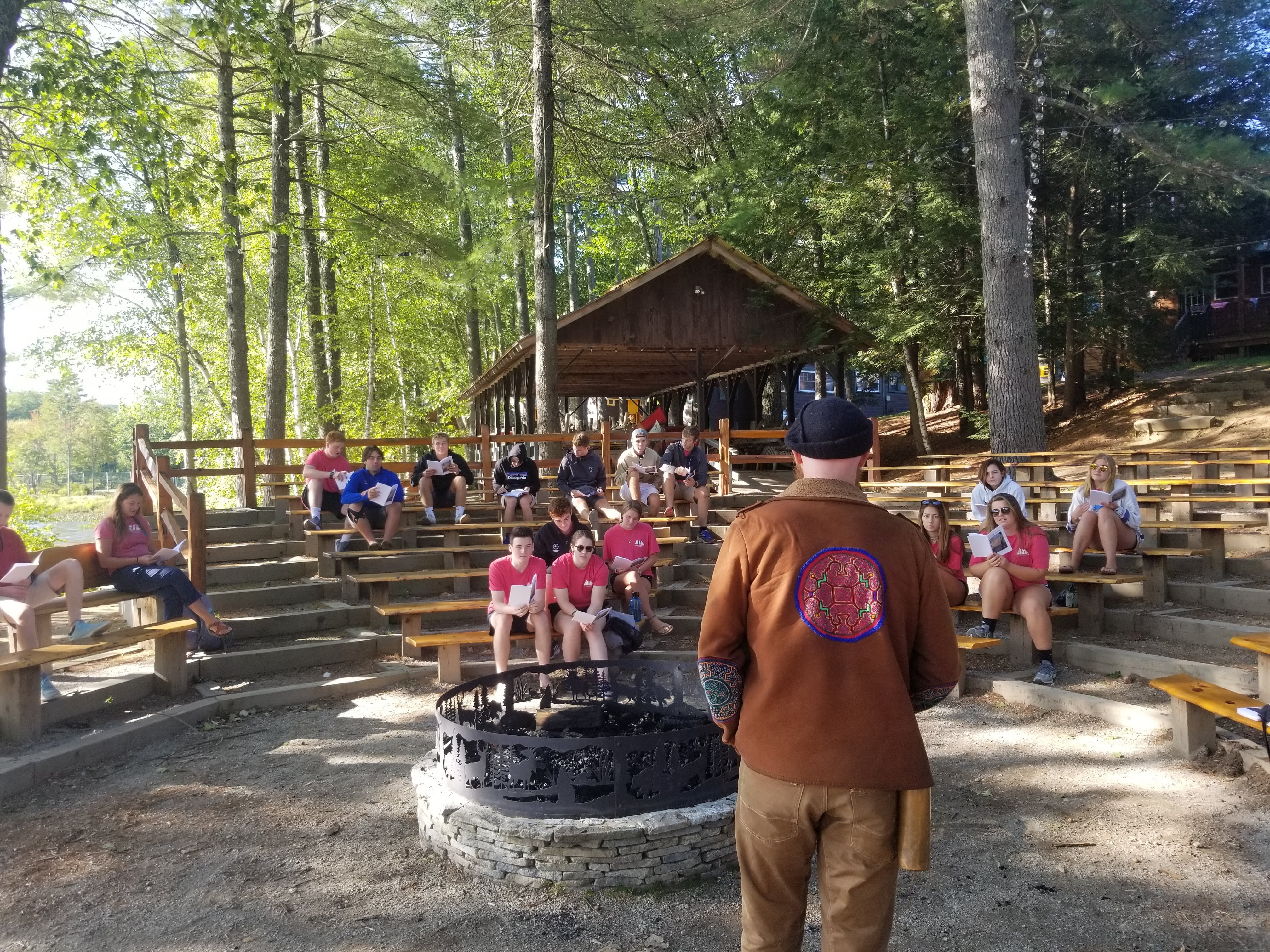 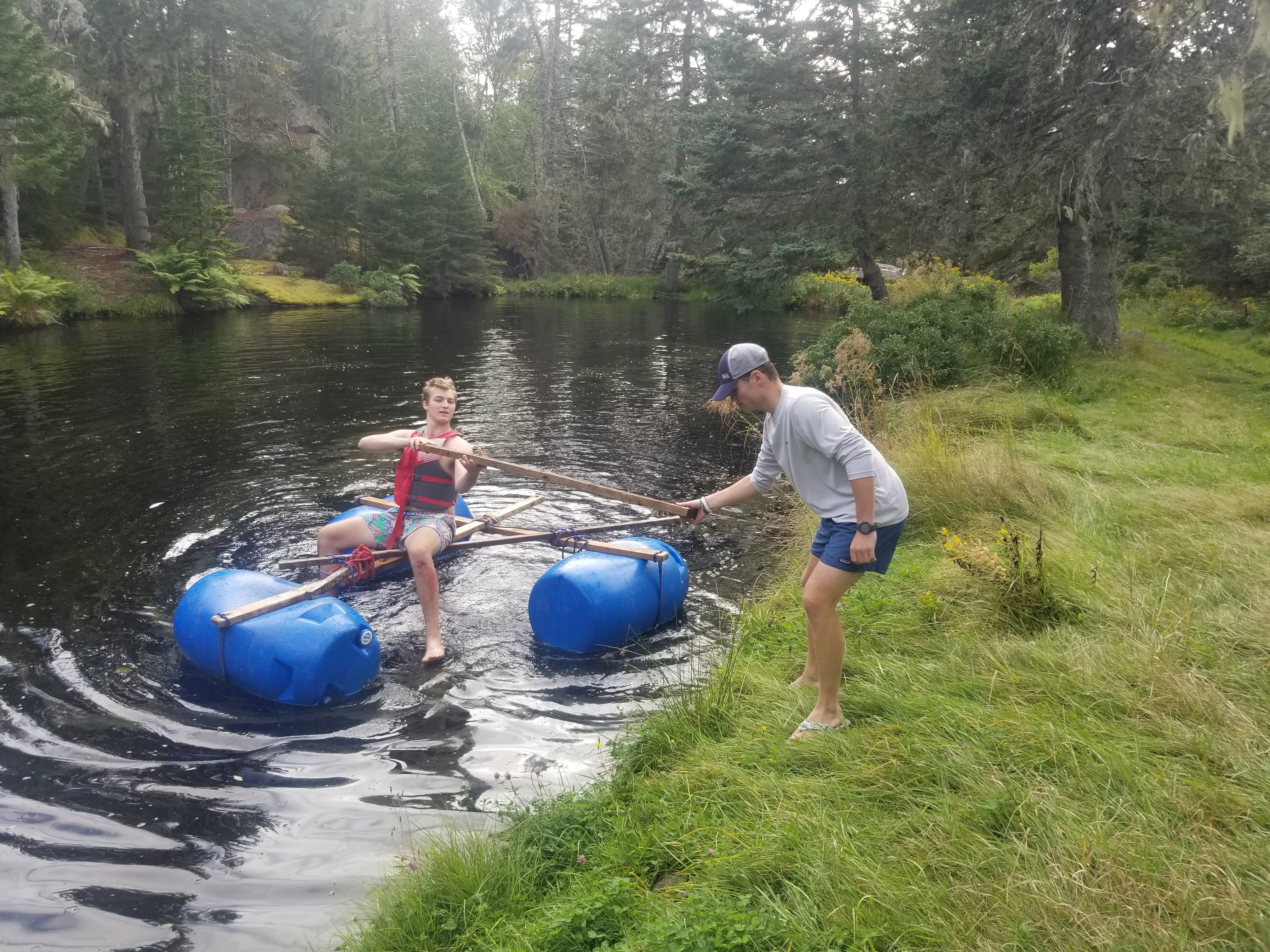 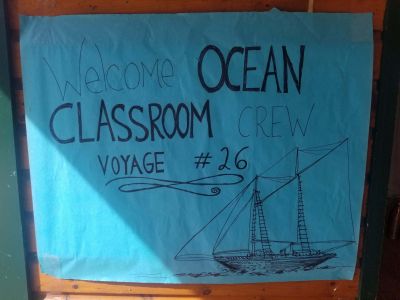