August 29, 2017: Today was the beginning of a glorious week aboard the Roseway. We began the day with a fun little exercise to get to know each other, and the crew. Garrett is the only returning participant aboard the Roseway. Being put into our watch groups was an interesting time, because for the most part, we all knew each other and were sad to see our friends end up in different groups. Hauling aboard our luggage was quite tedious, but with the help of the crew, we could get all of the bags and other belongings aboard with speed. After settling down, we broke into out watch groups and took a tour around the boat. While touring the boat, we learned all the safety precautions. After we ended the tours, we played two truths and a lie, while we further deepened our friendships. One of us had apparently swum with sharks!

After two truths and a lie, we gathered on deck, and discussed our community values and what the Roseway’s values should be. We started with 15 values and had to whittle them down to 5. In the end, we had respect, fun, trust, community, and communication. Nearing the end of the day, we enjoyed the crashing of the waves and the beautiful sunset.  We ate dinner, which was lasagna, which was fabulous. And here we are, sitting and writing this, and having fun with the captain and other crew members. 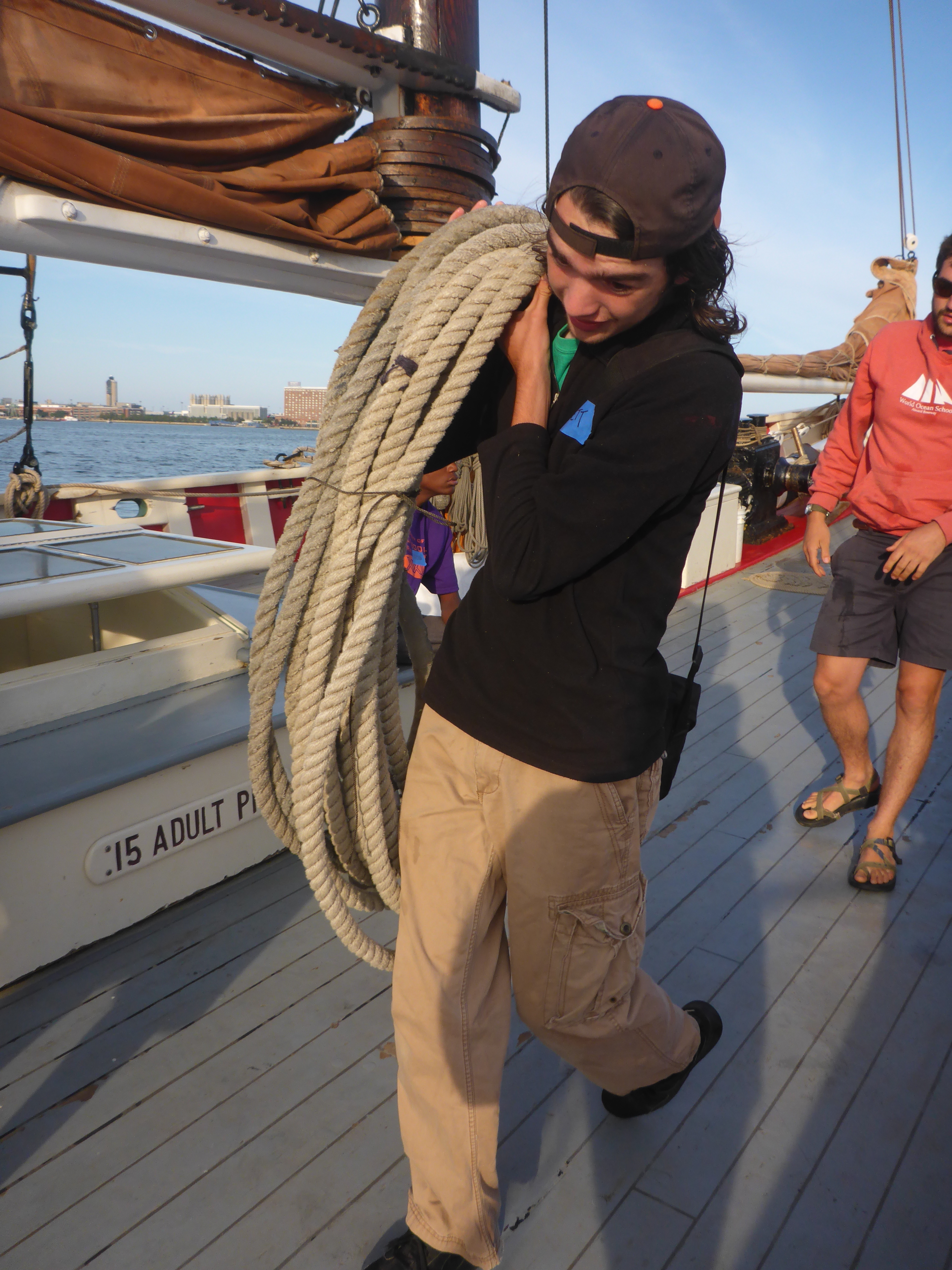 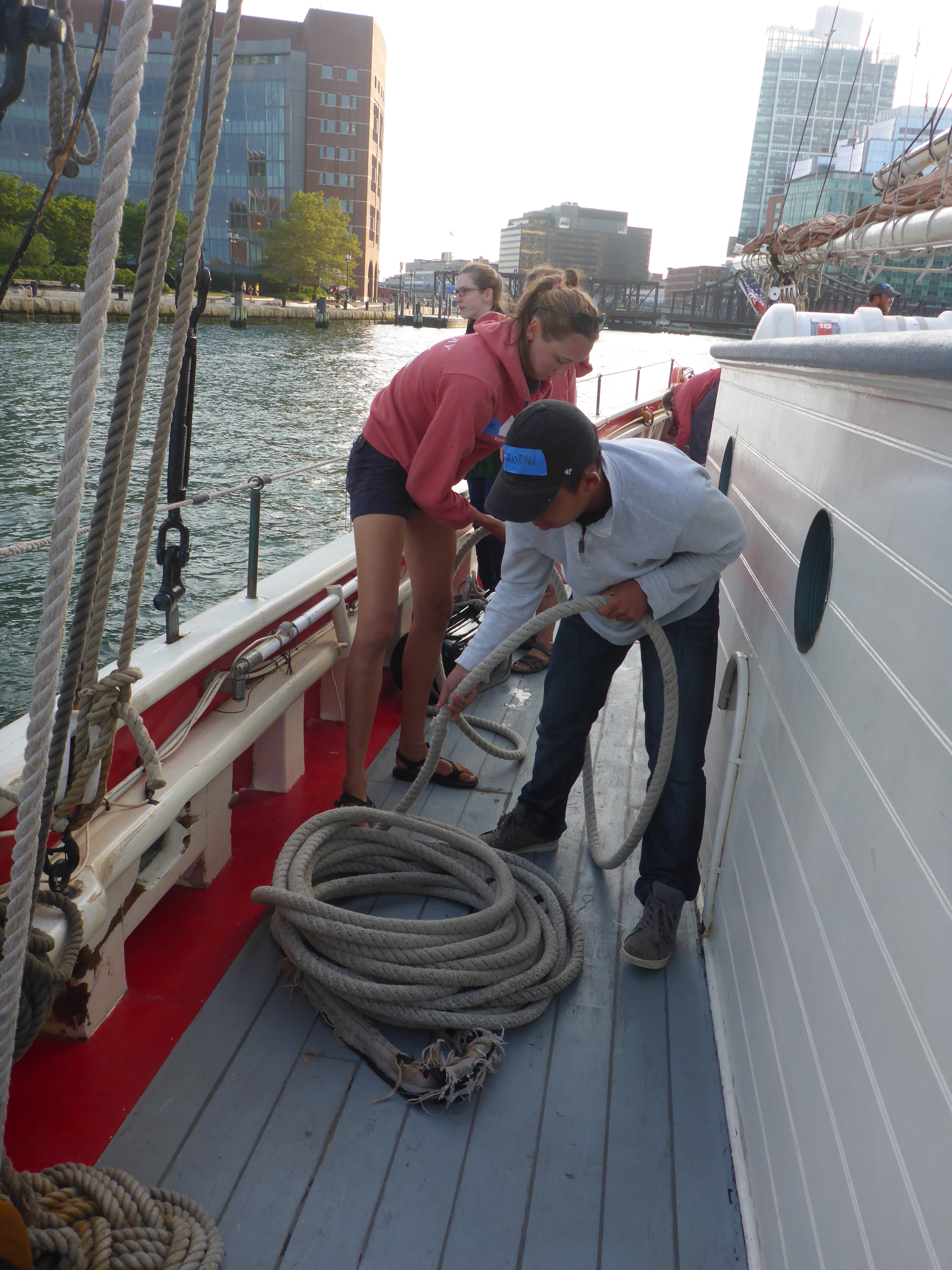 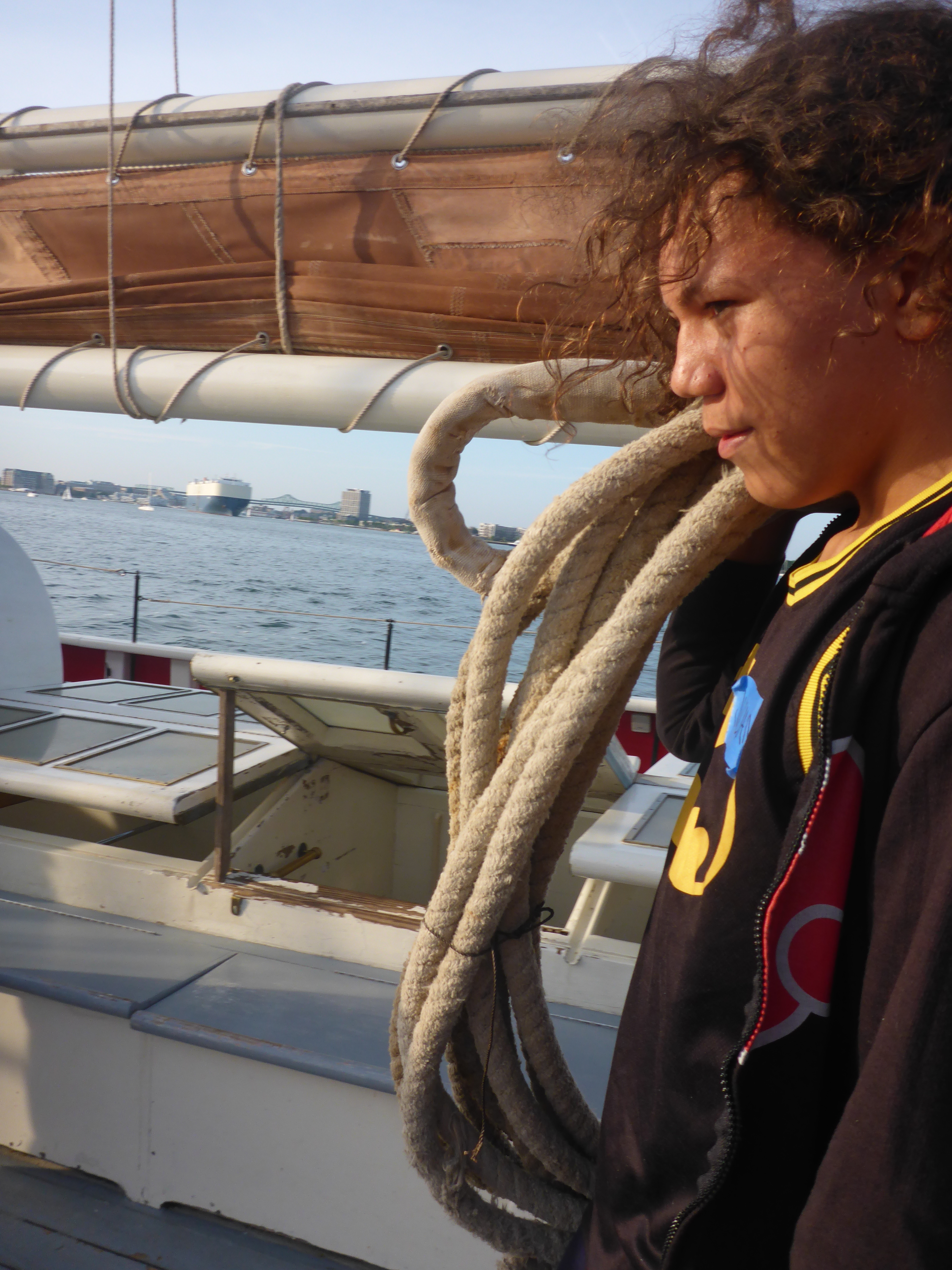 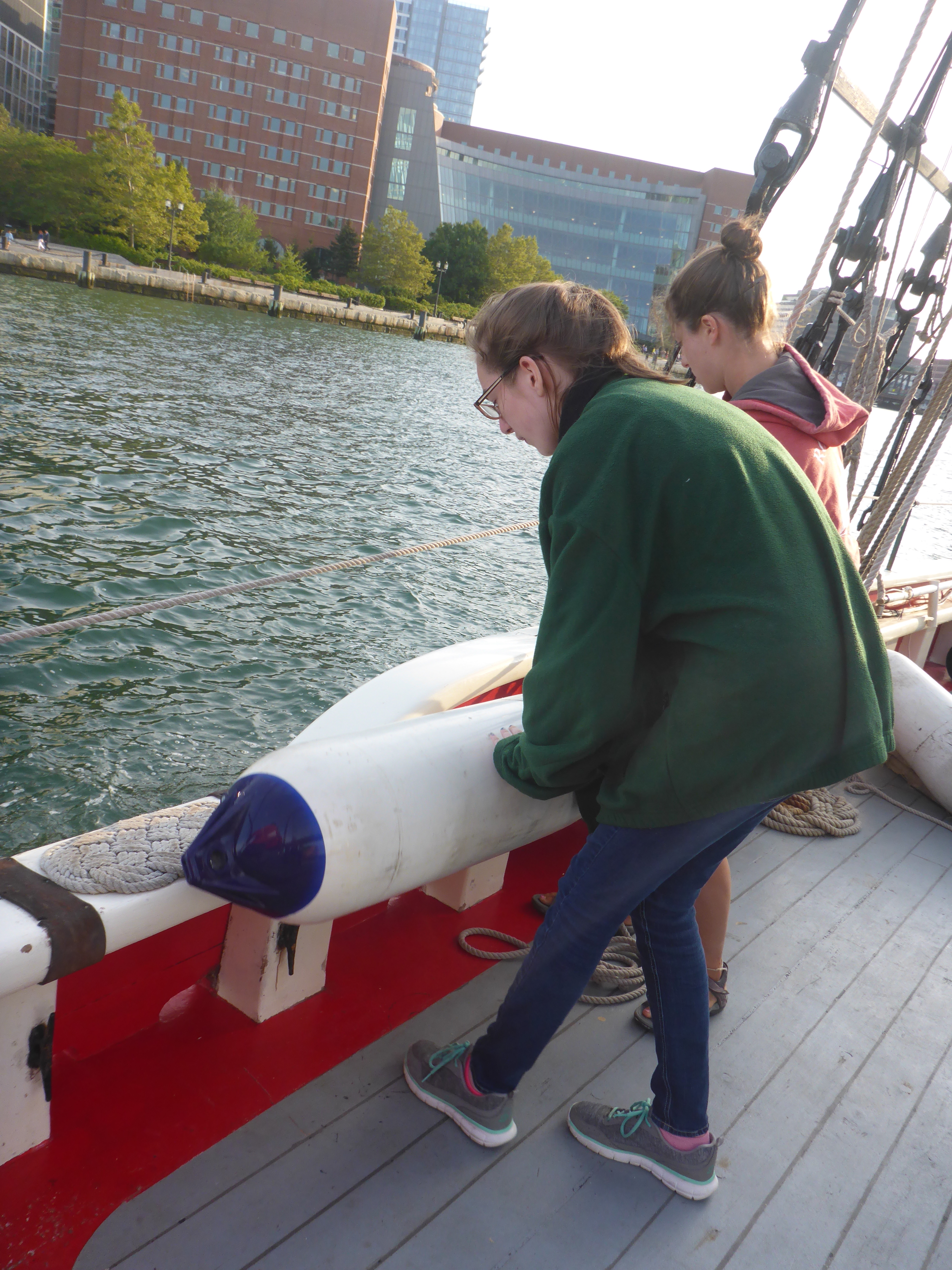 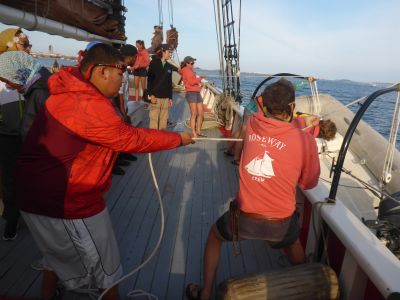