This morning we woke up and found ourselves already sailing through the fog. We began our day with a breakfast of oatmeal, cranberries, coconut, and syrup. As the fog began to clear and the sun became stronger, it was decided we would have a “firehose swim call.” Basically everyone put on swim suits and got sprayed with the hose. After this, we started rotations. Watch groups began with figuring out a voyage plan for getting from New Bedford to Boston. We also worked on our flag stitching and learned how dock lines work. After docking in New Bedford for a few hours, we went out of the harbor and anchored near Fairhaven. We then had a delicious dinner of chicken, green beans, peas, corn, and coos coos. After completing chores, after completing chores, we will muster and find out what to expect on our final days of sailing. 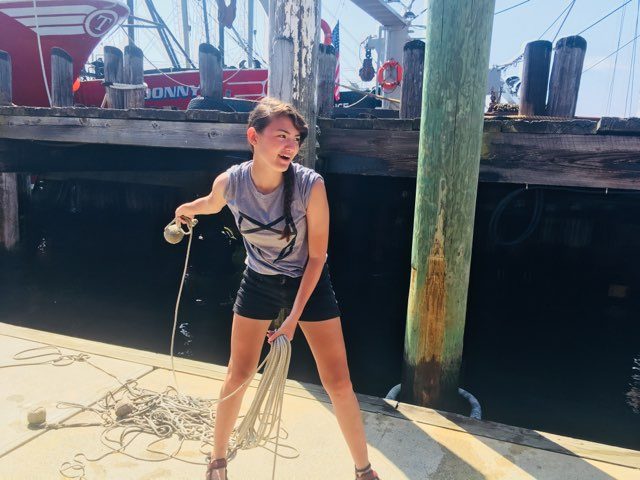 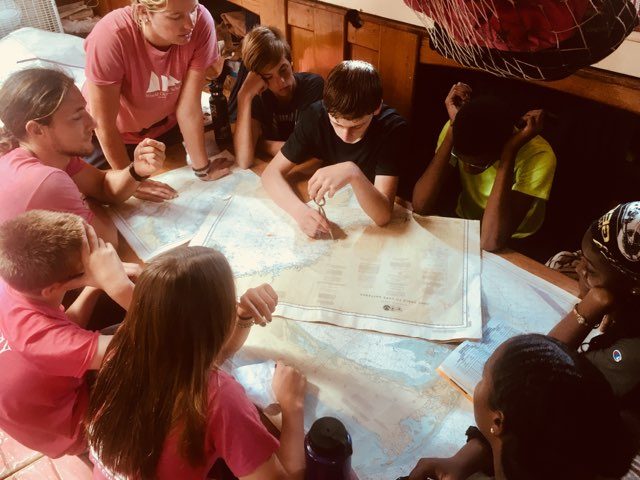 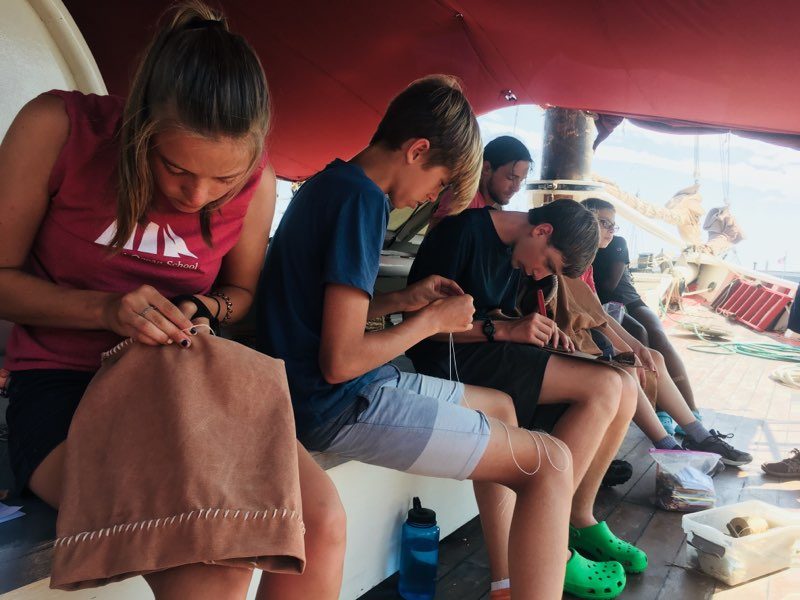 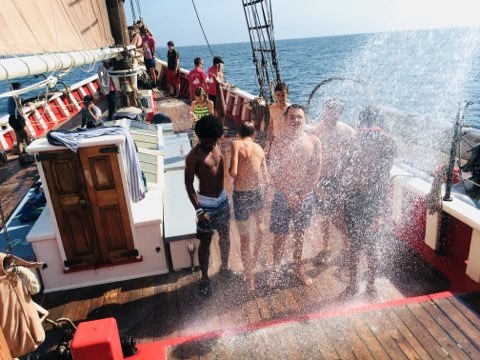 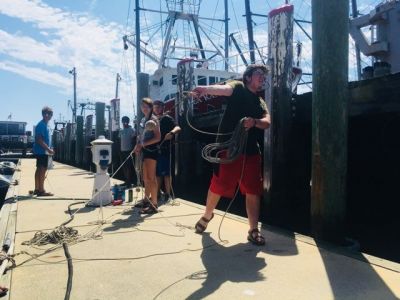