Today we started out the day in Fisher’s Island, New York. At eight o’clock we ate bacon, eggs, and quinoa covered in a cane sugar syrup. Later on in the morning we had a swim call which was very nice. Afterwards we set sail and did a man overboard drill which we finished in 5 minutes. C-Watch was in charge of the small boat. Next we had a lunch which was a delicious chicken soup. After lunch C-Watch had a rotation on active watch in which I got to steer the helm which was very fun. Next we had a fire drill which went well. Next C-Watch did a seamanship rotation which was all about the Roseway and its history, to prep for tomorrow’s deck tours we will be narrating. After, we struck sails and docked in Greenport, New York before having dinner which was a pasta, veggie, and sausage dish which was spectacular. Finally we are doing chores and will do evening muster before going to bed. Today is over and tomorrow will be another fantastic day. 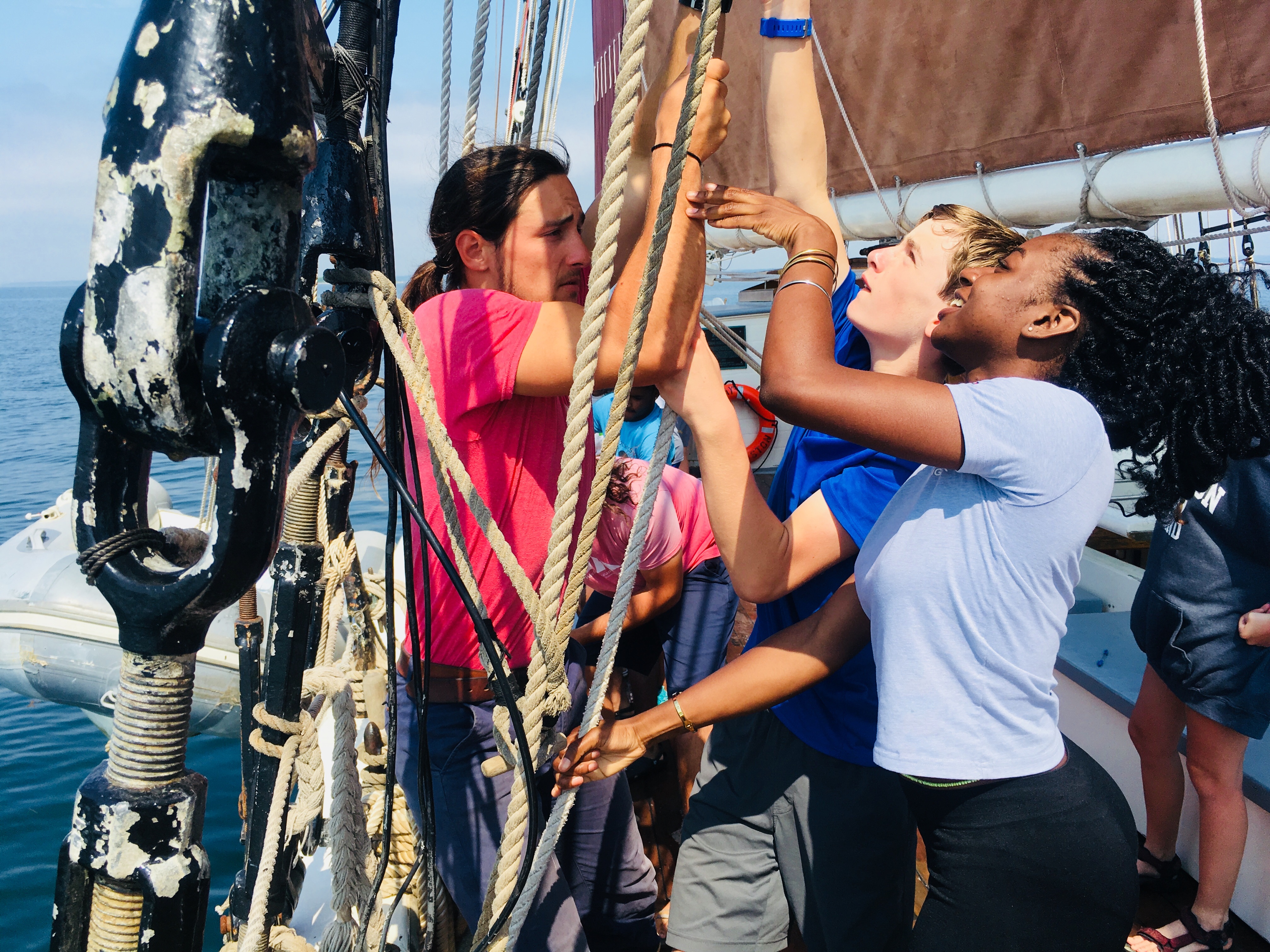 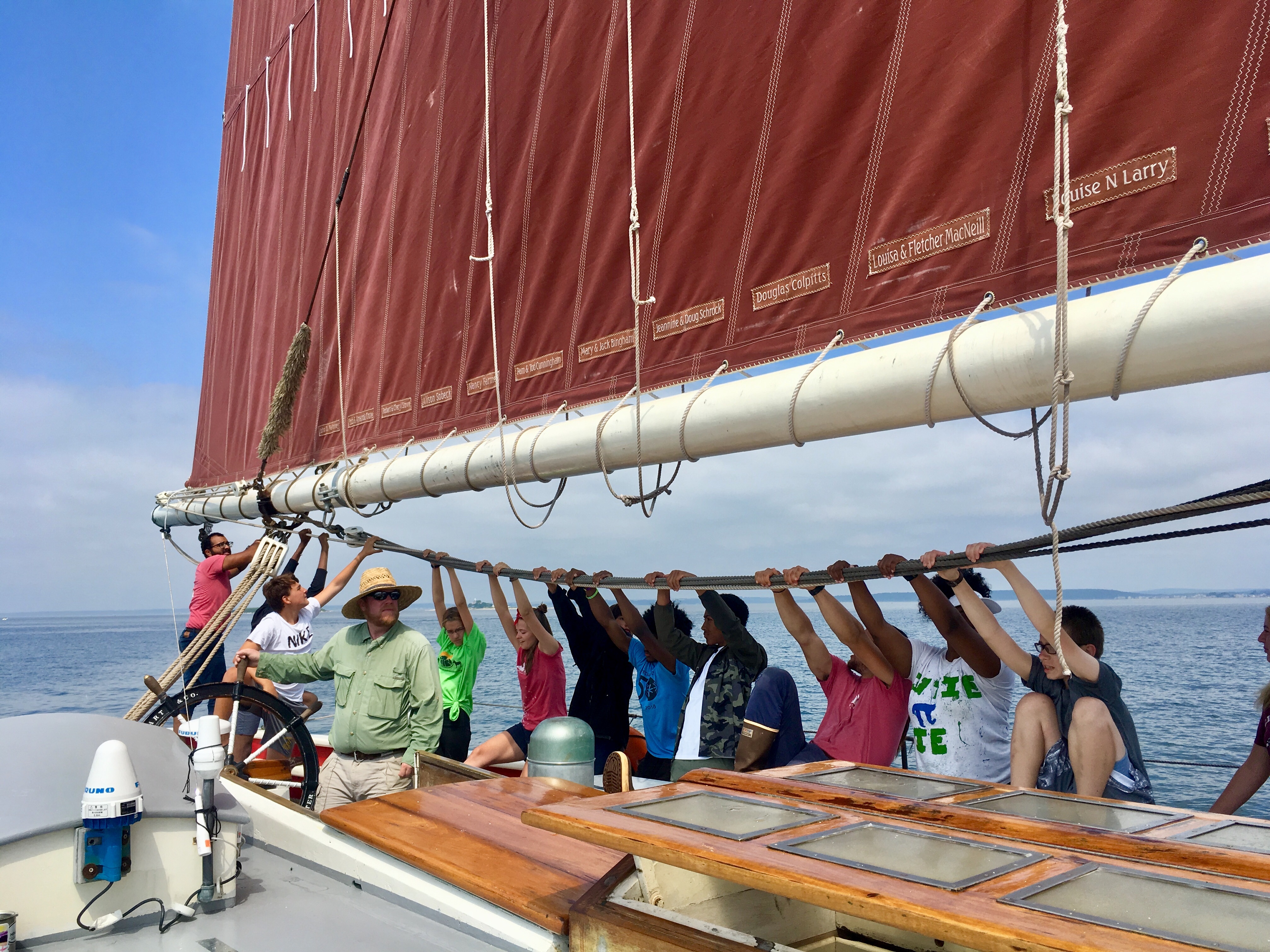 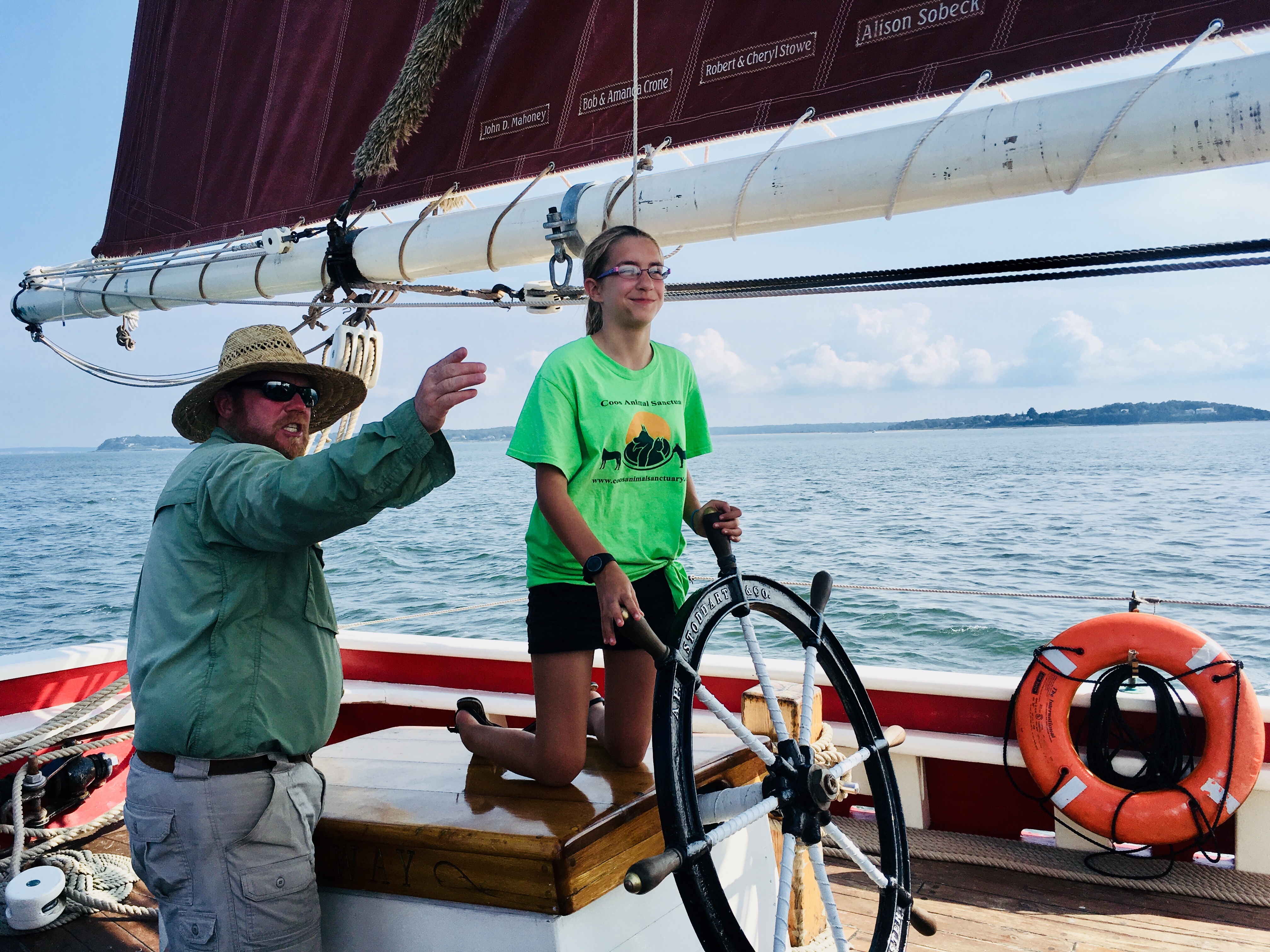 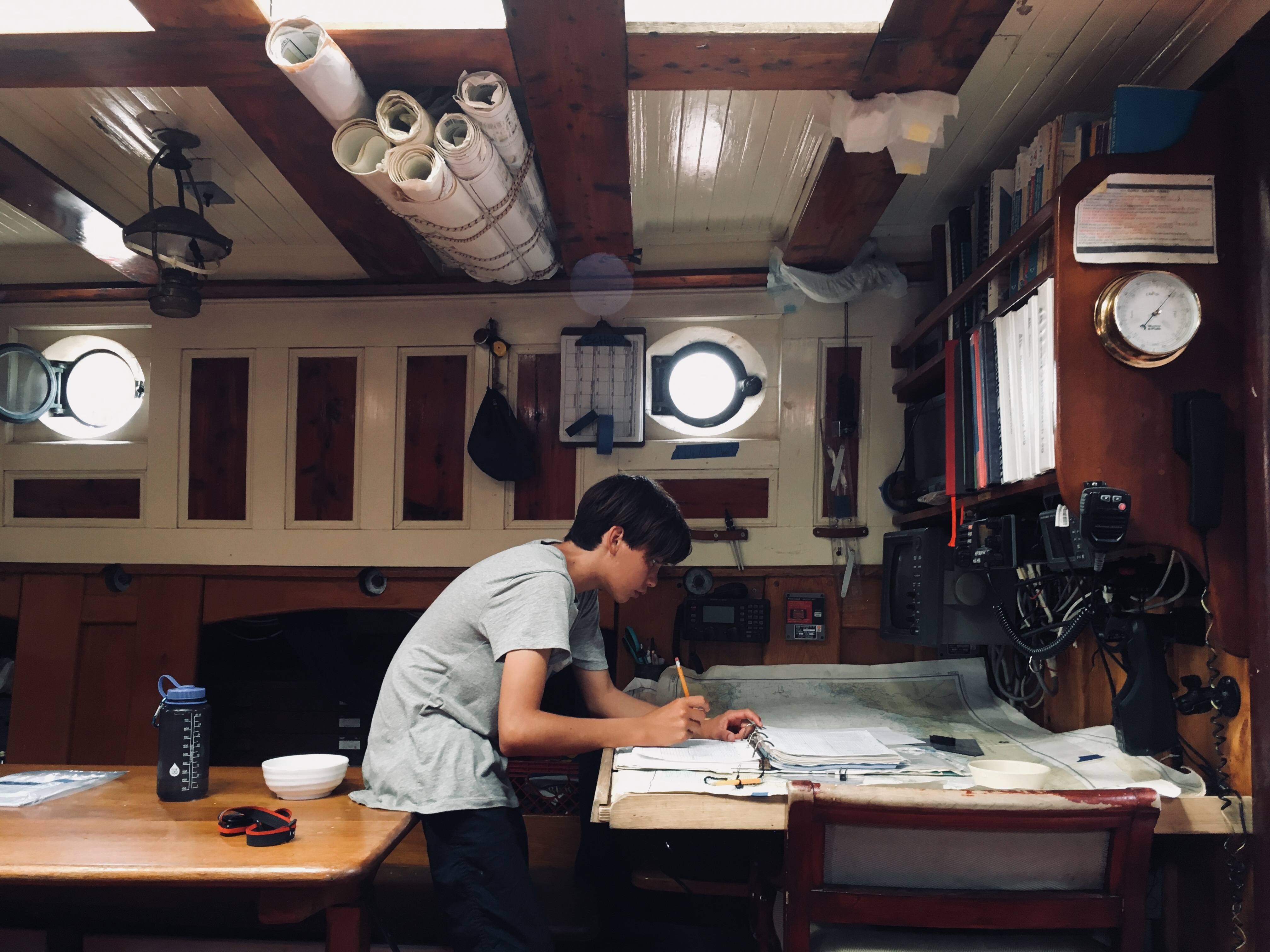 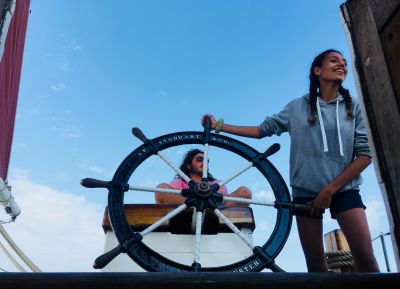