Today is the third day on the boat. While waking up to a nice breeze we ate sausage, egg, and potatoes for breakfast. When sailing through the canal, about half-way through, Eddie’s grandparents stopped by to take a picture of Eddie. We learned shanties with with Brandyn and Grady. After singing shanties the wind picked up to 21 knots. A couple minutes later we hauled up 3 out of 4 sails. After we left the canal, the watch groups took turns navigating through Buzzard’s Bay. At noon Grady cooked up some mac & cheese, beans, and sausage. While sailing to Newport, Rhode Island, the watch groups battled furious waves and fearsome winds. 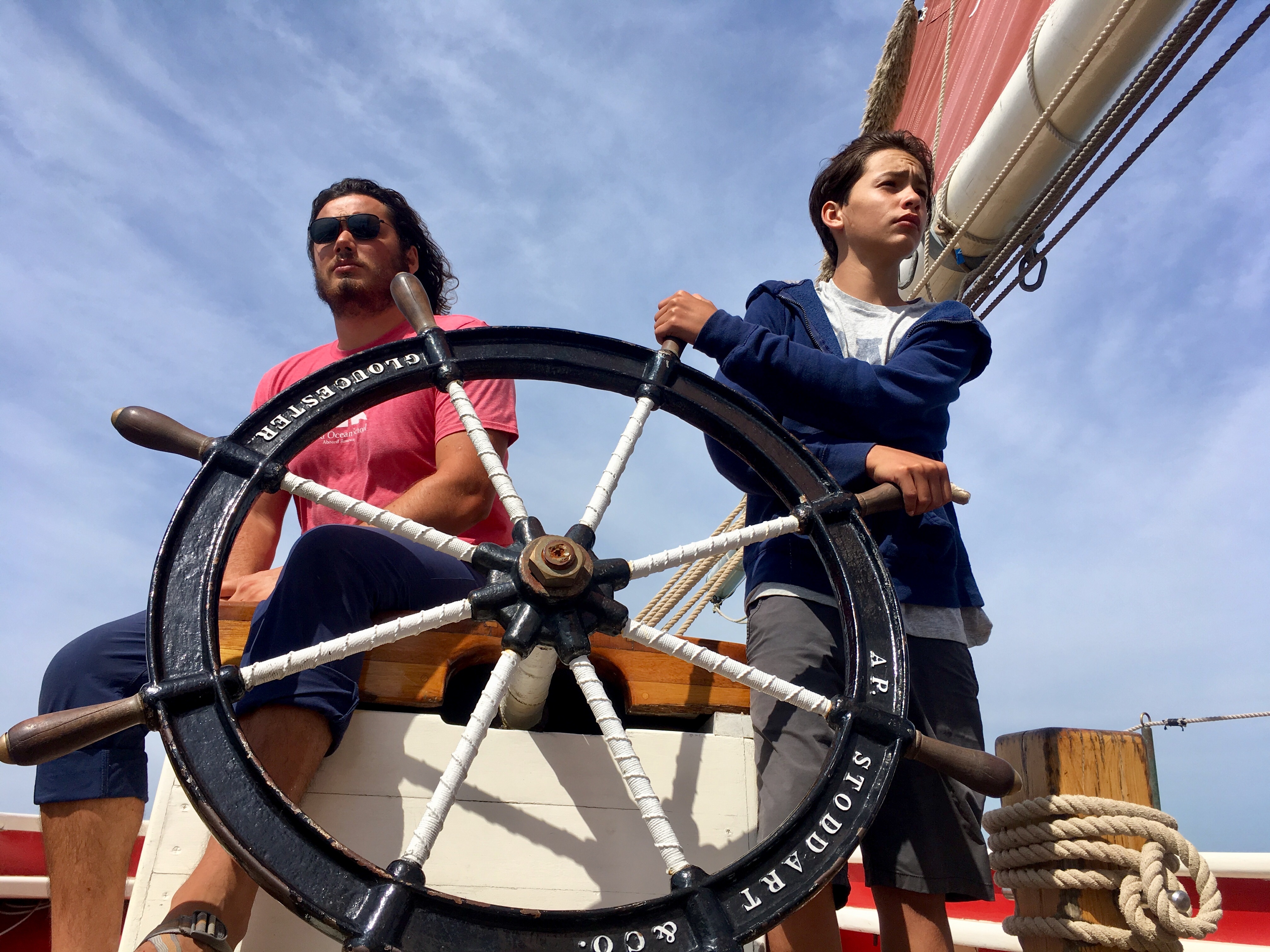 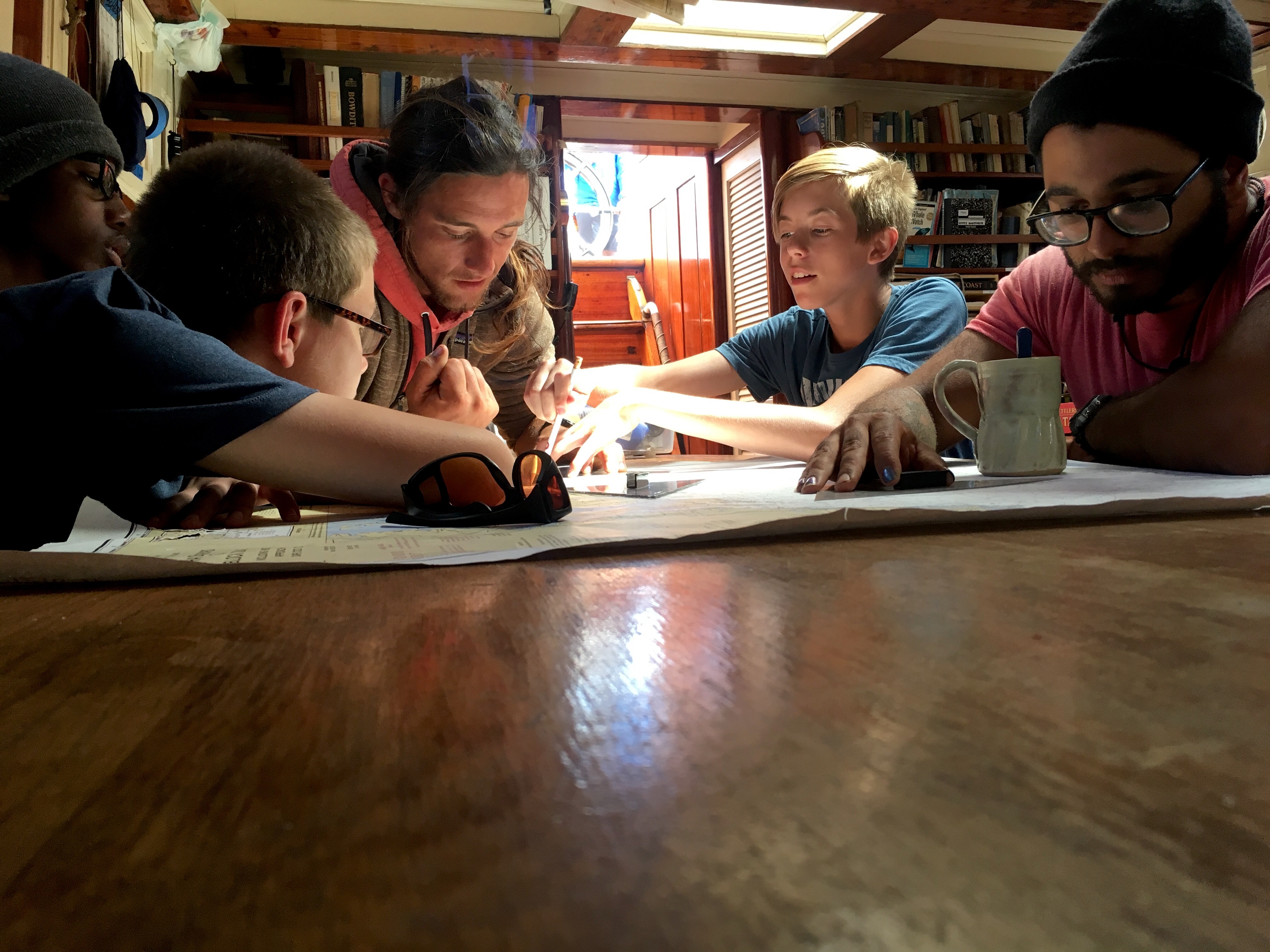 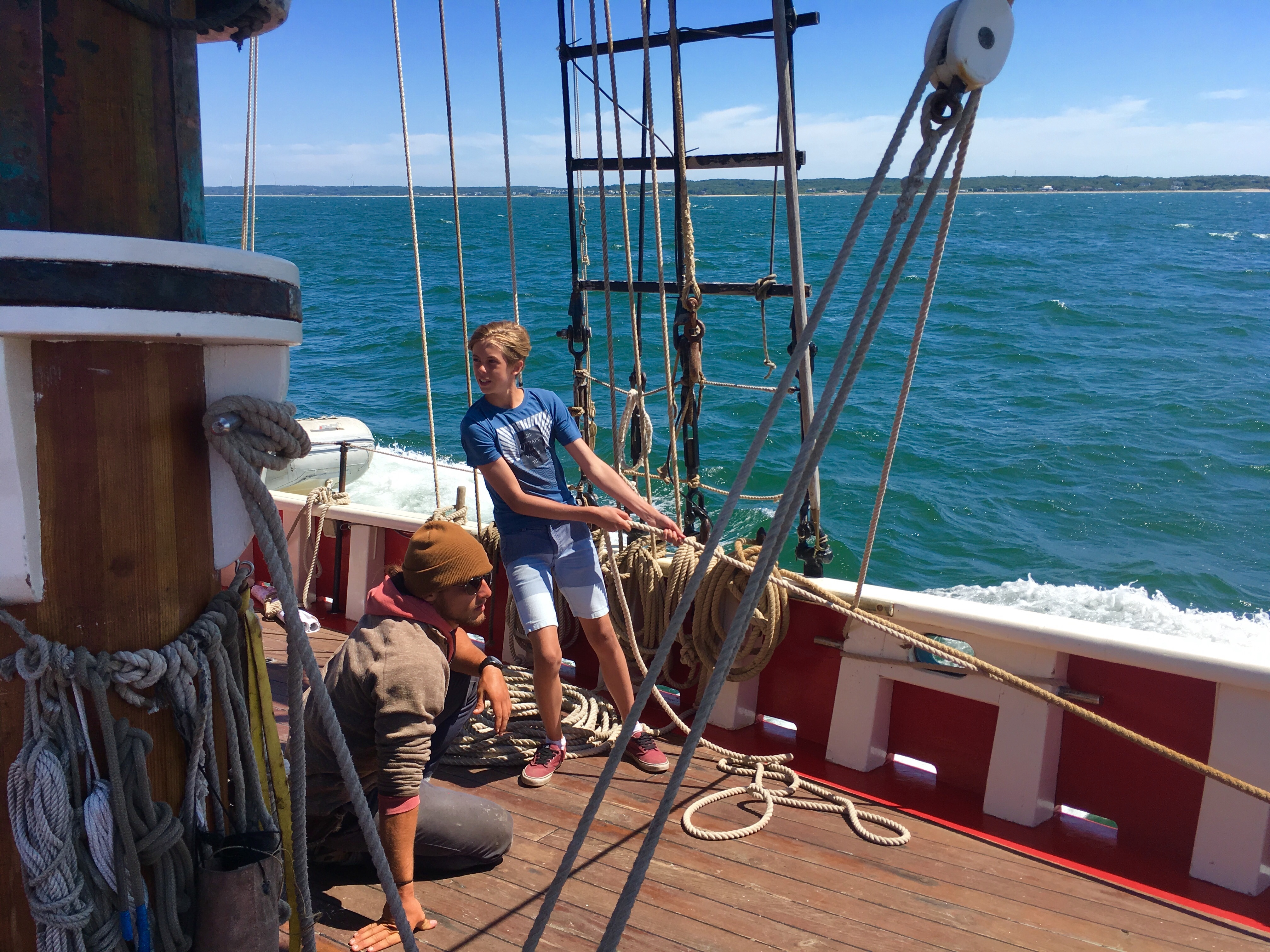 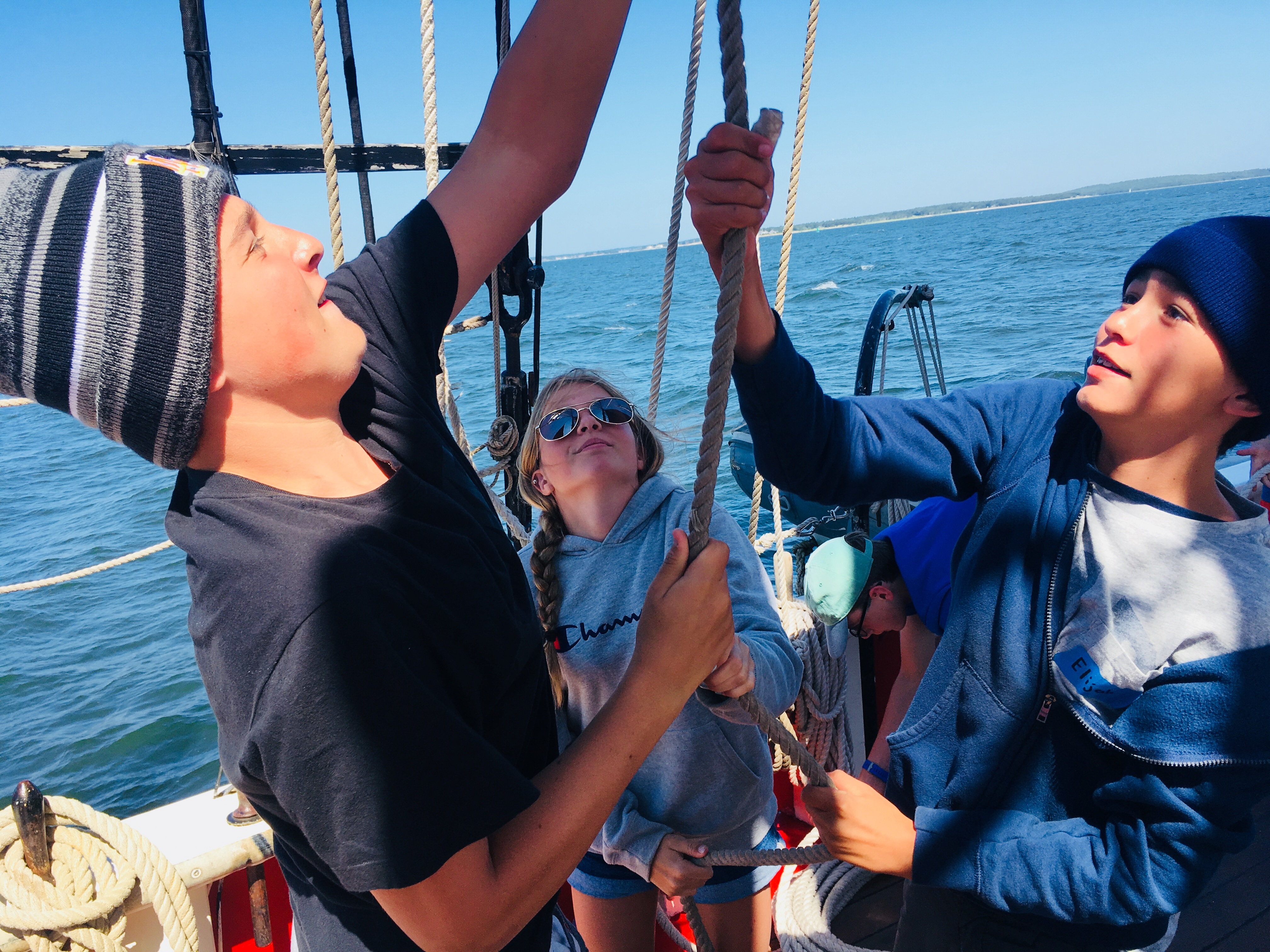 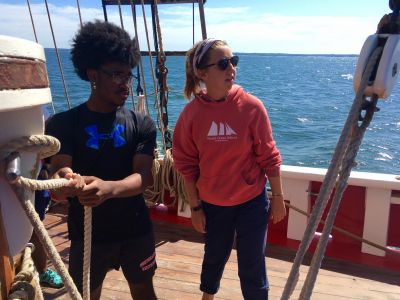