Last night was our first anchor watch. It was more fun than expected and toward the end as the clouds blew away the stars became visible. During the night we also discovered that bio-luminescent phytoplankton were in the harbor and they looked like fireflies and glitter in the water. Even though none of us wanted to wake up at first, it was still cool to see what the ocean was like at night. We agitated the water with buckets, splashed our hands around, and then dumped it in to see all of the bio-luminescence at once. In the morning when we set sail we had a man overboard drill and were able to rescue ­a soccer ball in 4 minutes. Man, we rescued that soccer ball quickly. During the day we learned all about the sails, how they functioned, and all the lines that control them. It was a little bewildering and frustrating, but it was cool to learn how the sails work. Some of us got to steer the boat for the first time and after over-correcting for a little while you would get the hang of it and it becomes easier to stay on course. The sea sickness was absolutely atrocious today. A few people were badly sick and had to take some time out, but they then began to slowly get better as we got closer to shore. We saw whales near Provincetown toward the end of the sail and we practiced furling the sails. Overall a pretty positive day. 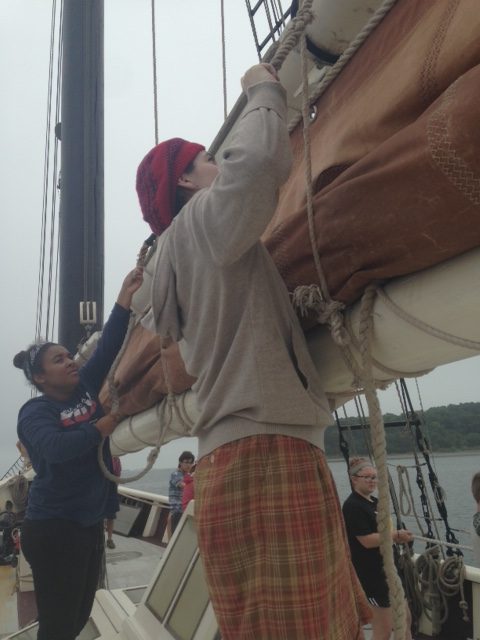 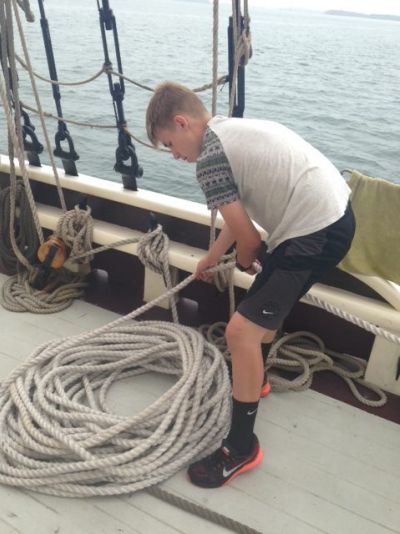