Day 4, we set out early at 6:30 am. We ate oatmeal underway to Gloucester, Mass. We climbed the rigging of the boat, 90 feet high above the ocean. The views are really nice. To climb the rigging we had to have a belayer so we didn’t fall in the water. People were scared but some still tried.

We had chili for lunch. It got hot today, but people still worked as hard as they could to get things done. When we finally got to Gloucester we met the sister ship of Roseway, The Adventure. On deck Adventure is bigger than Roseway, built one year after Roseway in 1926, but it only holds 16 people in the fish hole/main. The sails are also bigger; it has the third largest sails in New England.

After we were done with the tour everyone respectfully walked to the shore head. After we left Gloucester we anchored in the bay. Everyone lathered in soap and jumped into the water like a lion chasing Markie Mark and the sharky bunch. Once swimming was done most people smelled like brand new body lotion. We had a delightful dinner of enchilada casserole and everyone got straight into their chores. 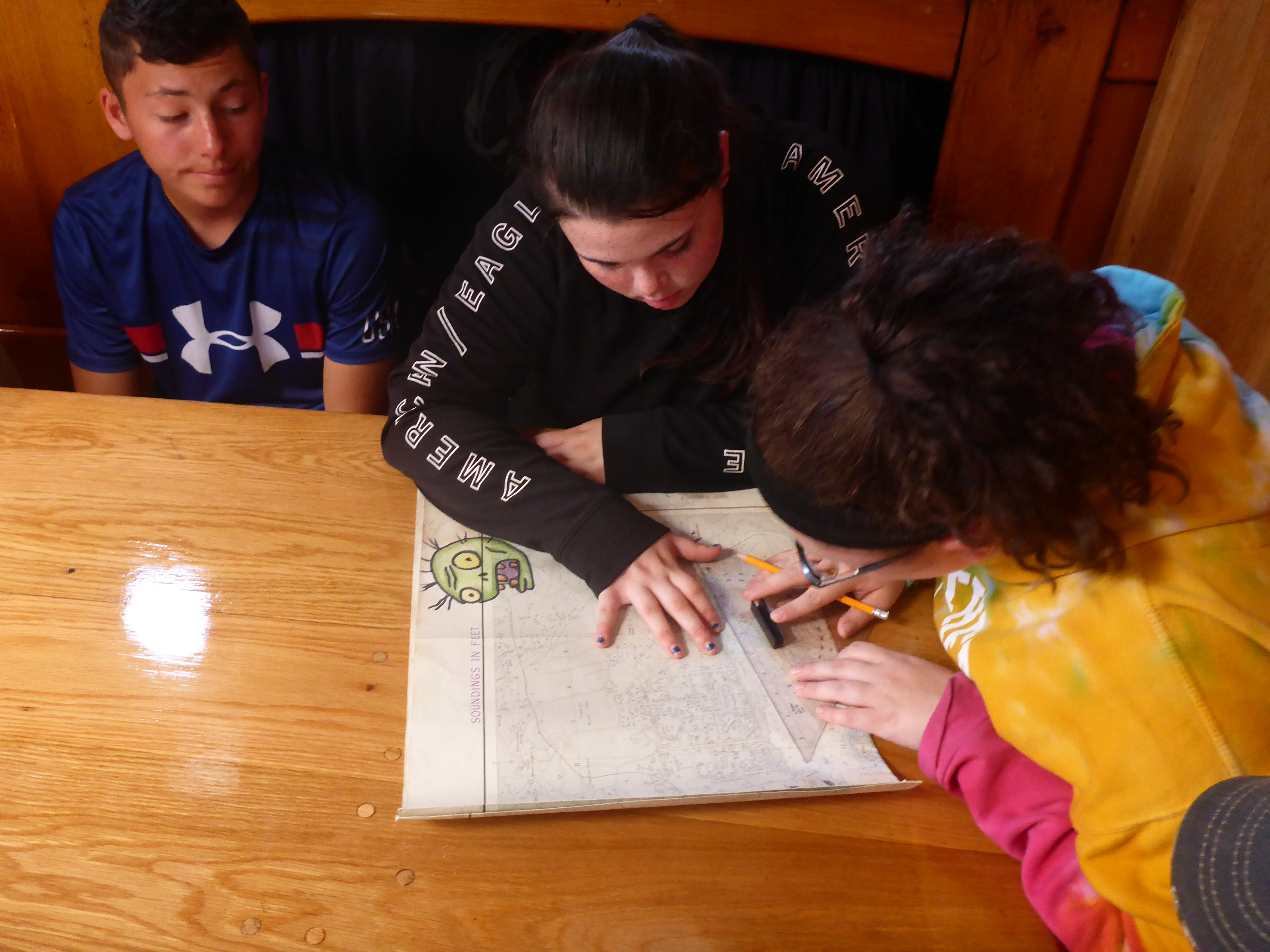 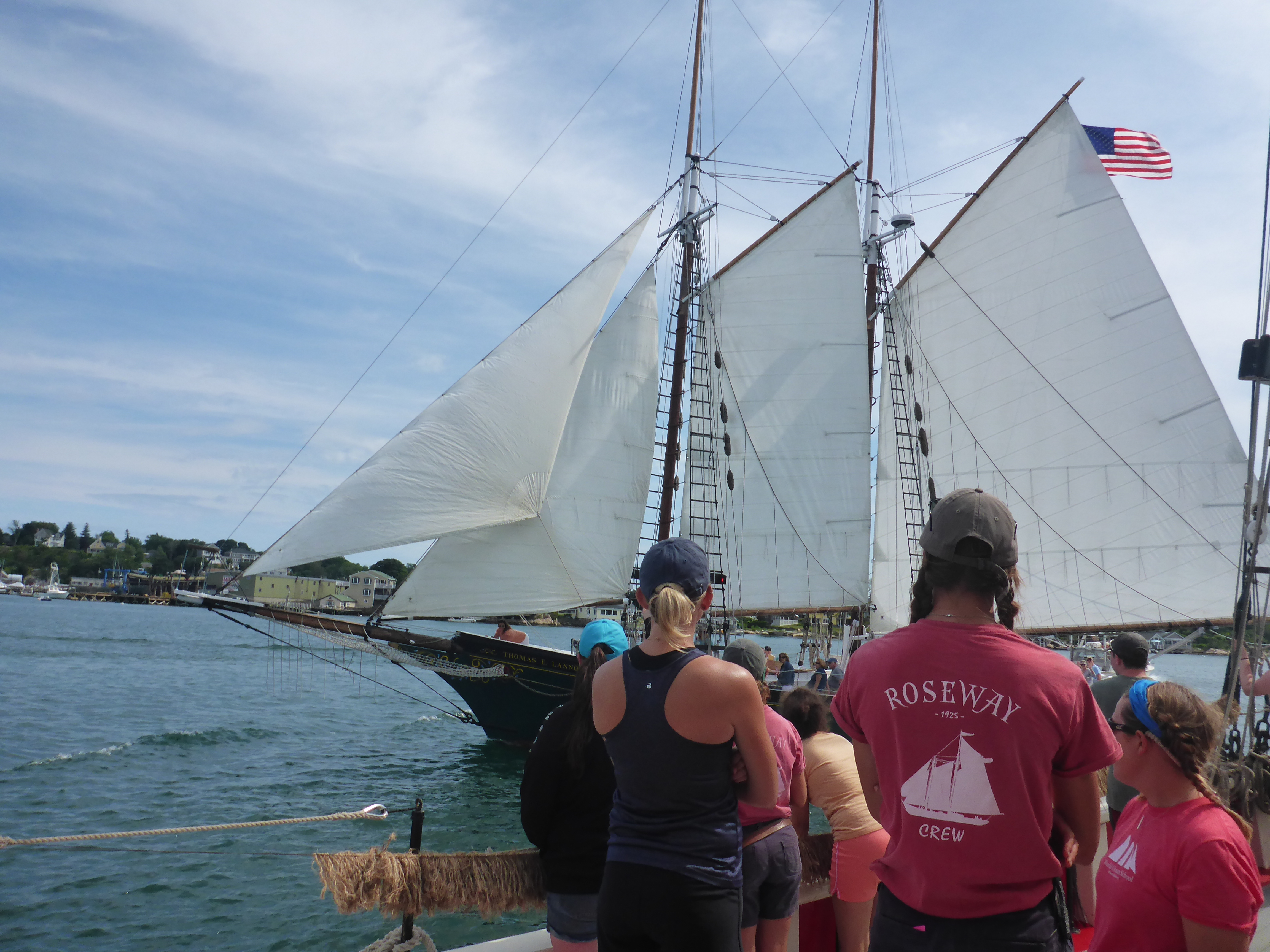 Top Left, students learn to navigate by playing a game where they plan a route to escape zombies! On the right, a view of Thomas E. Lannon sailing by in Gloucester.

Below, Brenden begins to ascend aloft and the sailors learn how to do a harbor, or fish furl on the schooner Adventure's sails. 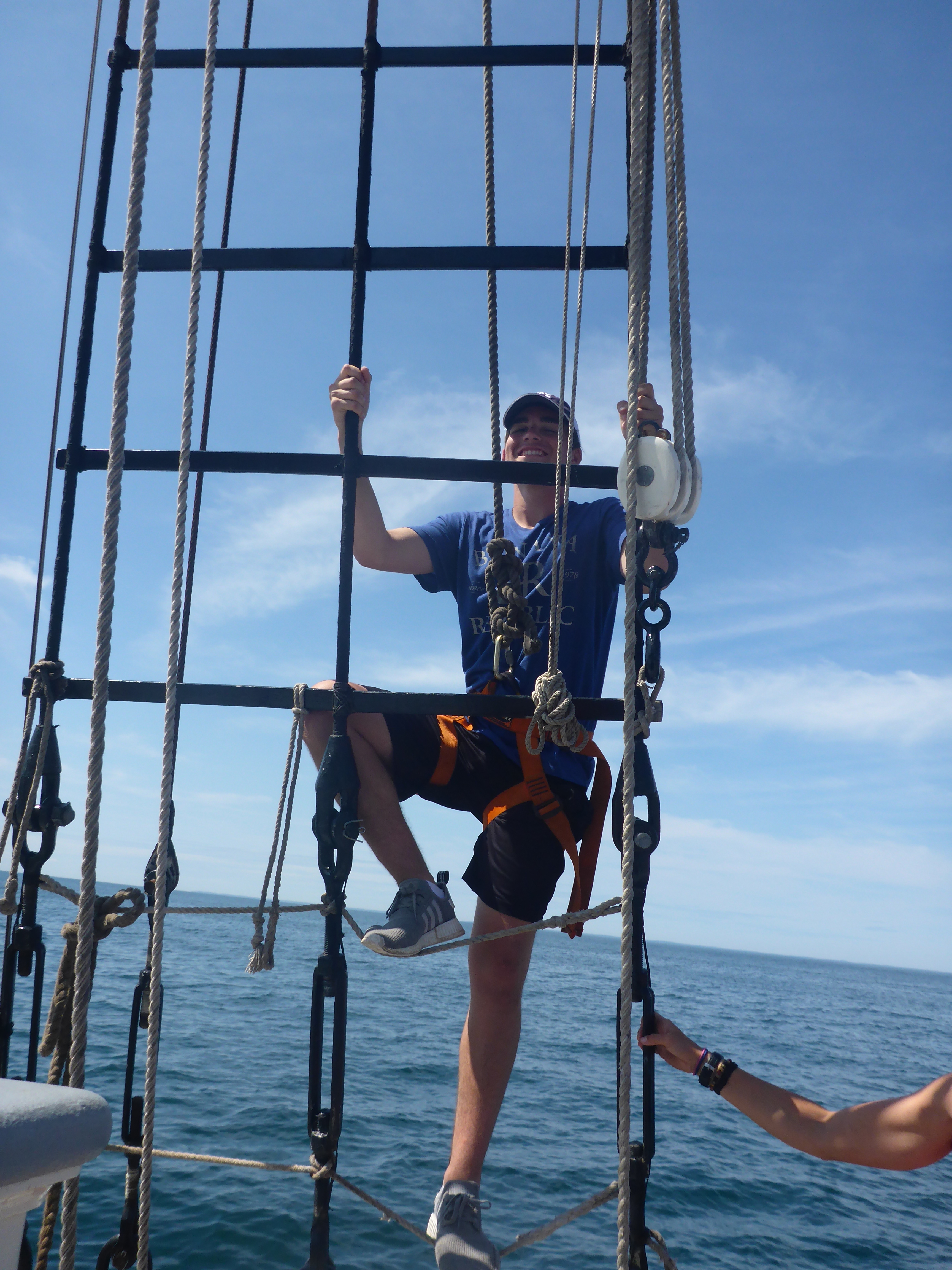 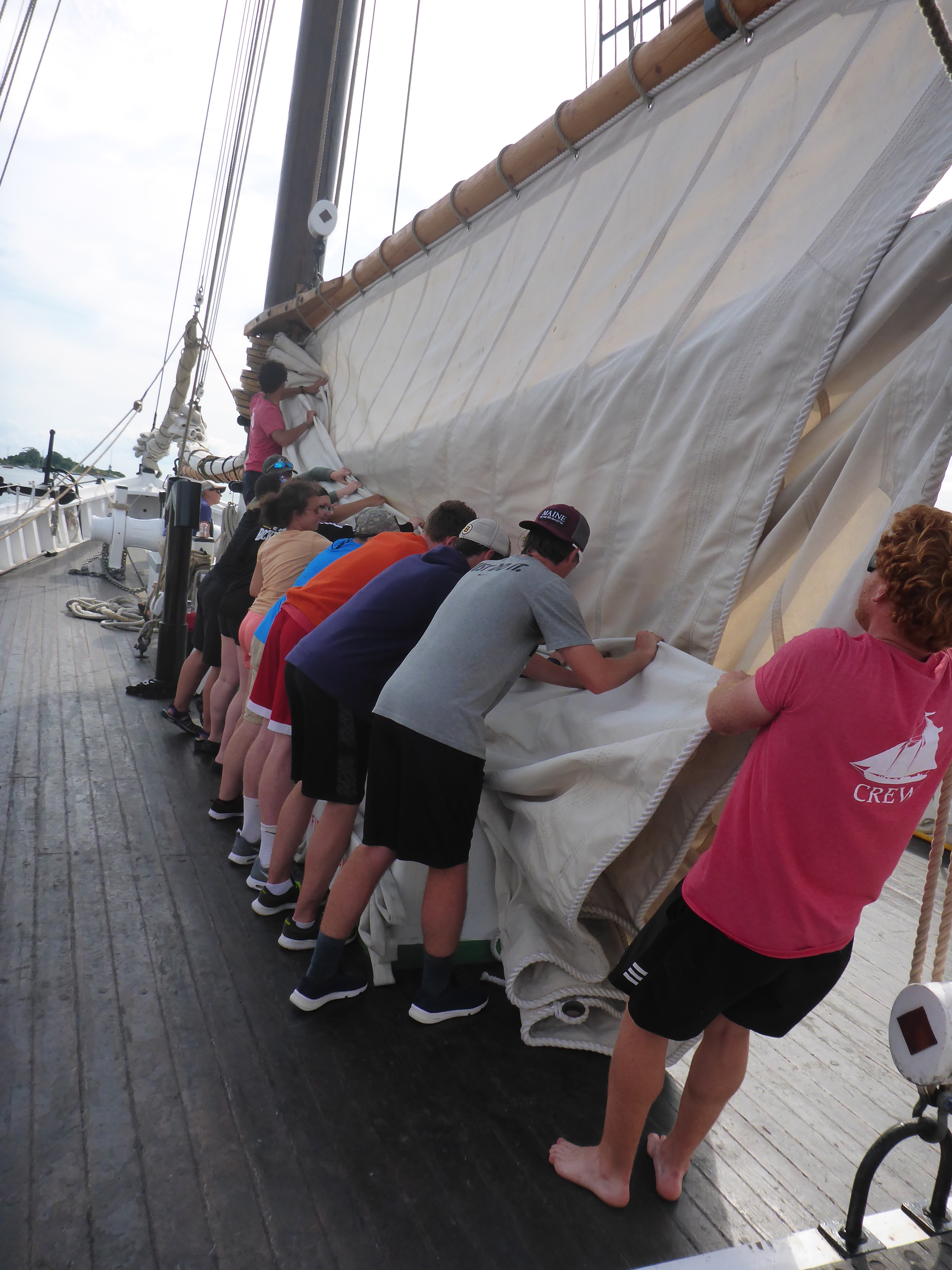 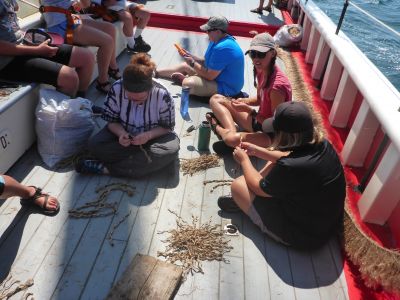