The third day on the Roseway was an eventful one, despite the fact that we were stationary.  In the face of broken generators, which prevented us from hauling back (raising the anchor) and leaving Gloucester Harbor, we traversed ourselves and our boundaries as if we were sailing. 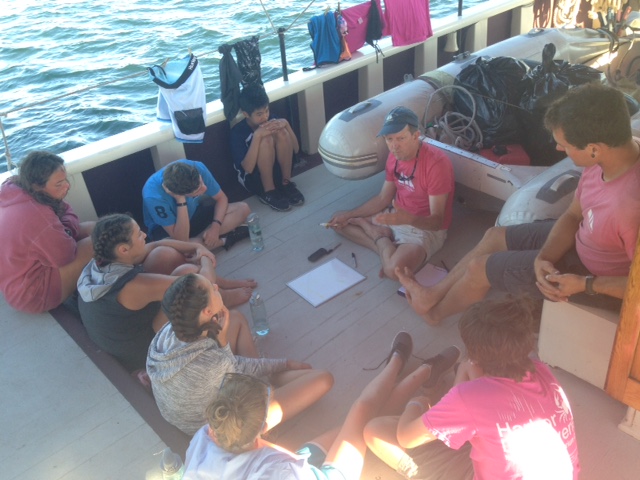 After a scrumptious breakfast, Duane taught us about constellations and the movements of the stars (even though they don’t technically move at all.)  The three watches discovered, among other fascinating facts, that two stars in the Big Dipper constellation point directly to Polaris, the North Star.  Through trial and error, we diagrammed out the pins on the Roseway, a slightly bewildering and sometimes frustrating learning experience.  In the end, however, it turned out to be a practice in focus and determination.

Following a full morning of educational endeavors, we went swimming.  We lined up along the railings and jumped in simultaneously, creating a wake of happiness.  Though distinctly chilly, the water was refreshing after a long morning in the sun’s penetrating rays. 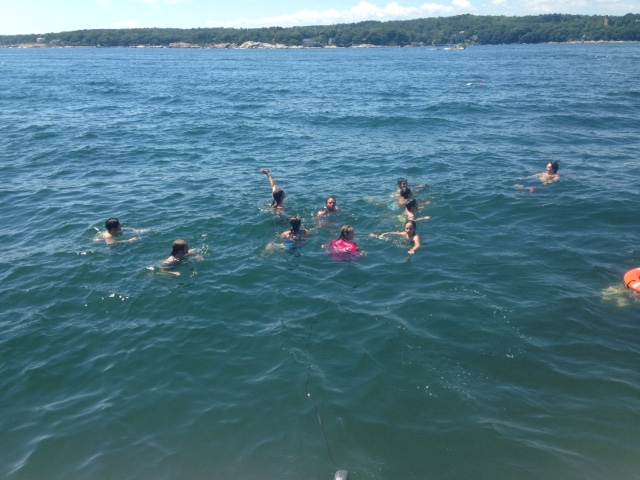 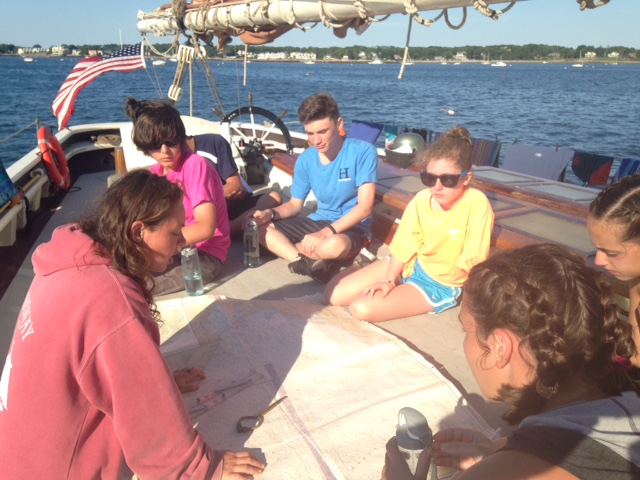 Later, during reading and reflection, when there wasn’t actually much reading or reflecting, we got to know our shipmates better.  At the start of our two-week camp, we congregated in small groups, separated out and not quite a close-knit family.  However, after our bonding time, we assembled as one team, putting the unity in community.

To round off the already amazing day, we feasted upon juicy hamburgers, with a vast array of toppings and condiments, washed down with ruby slices of watermelon.  It was a pleasant accident that we ended up stuck in the harbor today because it allowed us to grow, not only as a crew, but as friends, as family. 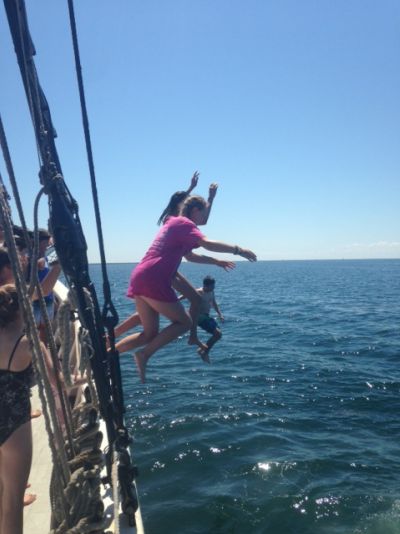