It was a cloudy morning in Woods Hole, MA as the crew woke up at 0730. We began the day with a delicious breakfast of english muffins, toast, oatmeal, and fruit. After breakfast clean-up, we got a chance for a swim call in the frigid water. As the threat of rain loomed over us, swim call came to an end and we began to prepare to set sail. However, due to the inclement weather and the fact that we would soon be traveling through the Cape Cod Canal, we decided to use the motor to begin the day. Our experienced captain used his vast knowledge to make it out of the storm into safe passage only through blasting winds and drizzling rain. As we made our way back through Buzzard's Bay we had a feast of mashed potatoes, stuffing, and turkey with gravy. As we consumed our daily dosage of vitamins, we began to approach the canal sooner than the eye could meet. After our chef Stacy wrapped up her station, A watch, the mightiest of watches, assumed their precise positions with the utmost pride, taking over the helm and bow, expeditioning the boat checks, grazing the deck of the salon with the most premium pine sol and water, and making the deck look as clean as plexiglass. As A watch completed the task, they arose from the galley to be greeted from the gallant canal. Soon as Roseway reached the final stretch of canal, the coast guard was tailing us from the rear. We left the canal as the cost guard ship veered off towards the shore of the bay. As we steer out to sea, A watch still at their assigned duties, helped with raising the sails. As most of us were tightening up the lines, the slackers were watching from a distance. After A watch was relieved and the sails were raised, PO2 Nunez, PO2 Vicente, an SA Bzdula commenced to write the ships log. Meanwhile, C watch was watching a rainbow. While the crew waited for chow, our divine culinary master was cooking a marvelous feast of pancakes and bacon. PO1 Keane was teaching us about lines and helping people with the sails. 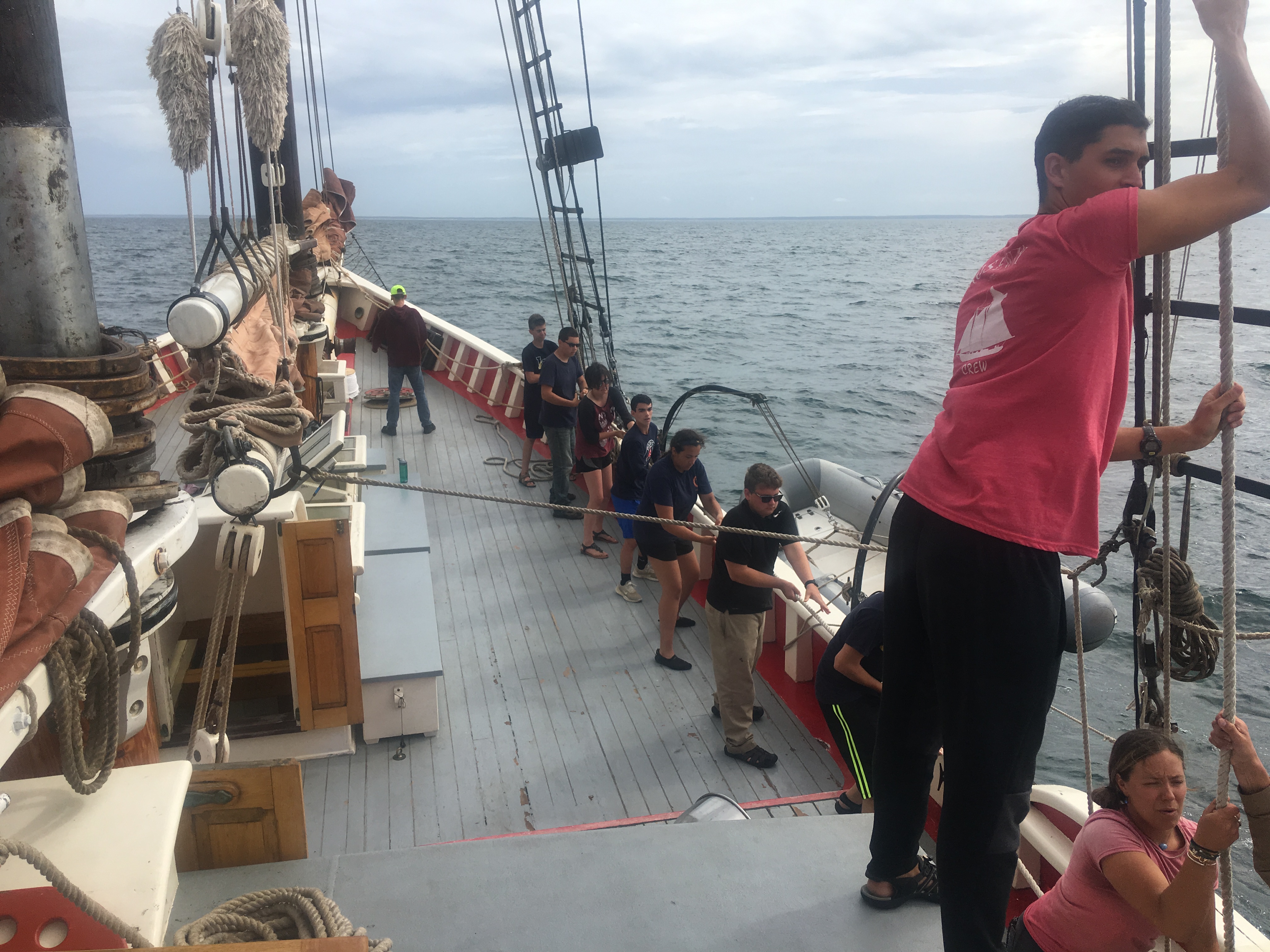 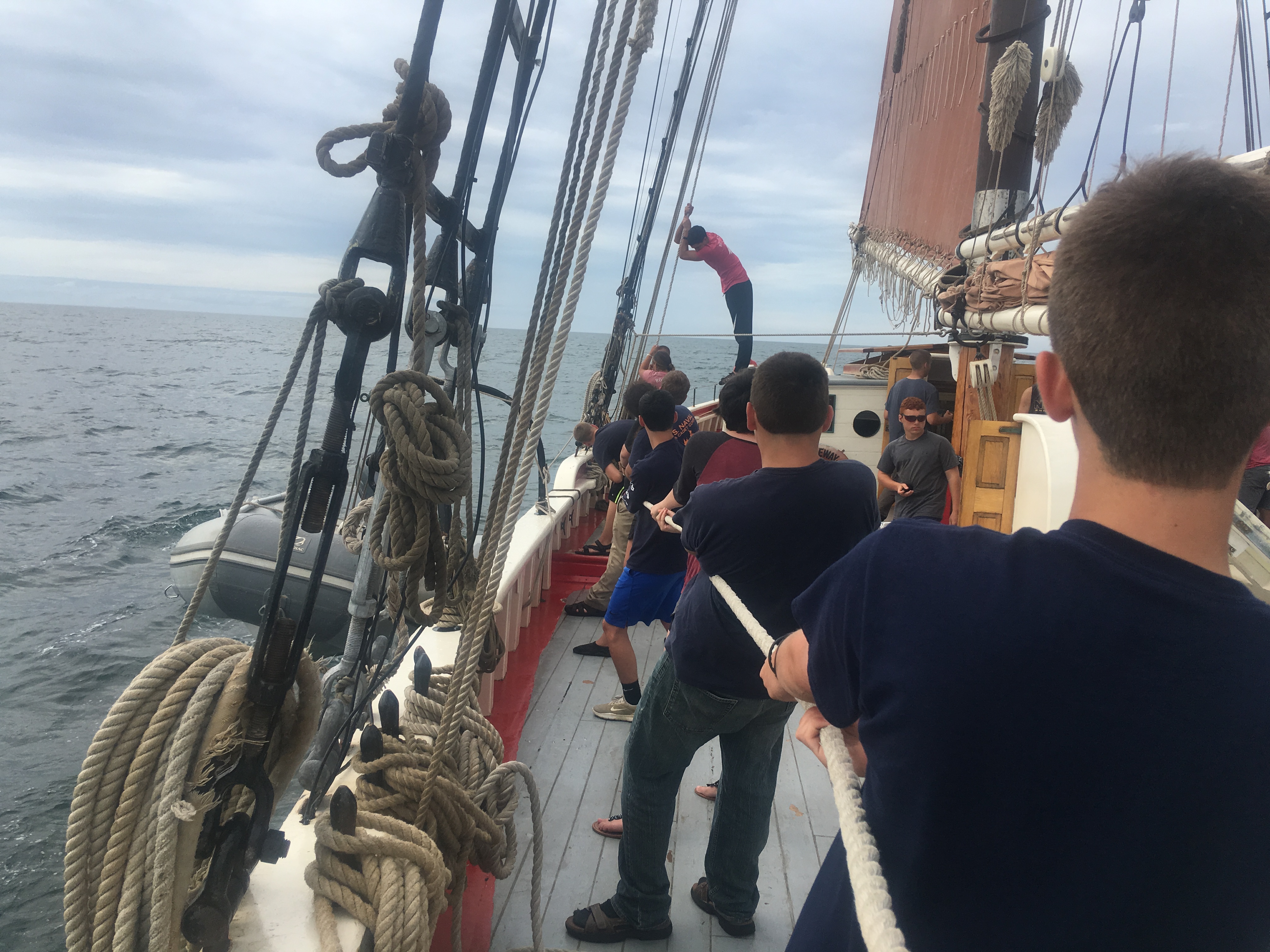 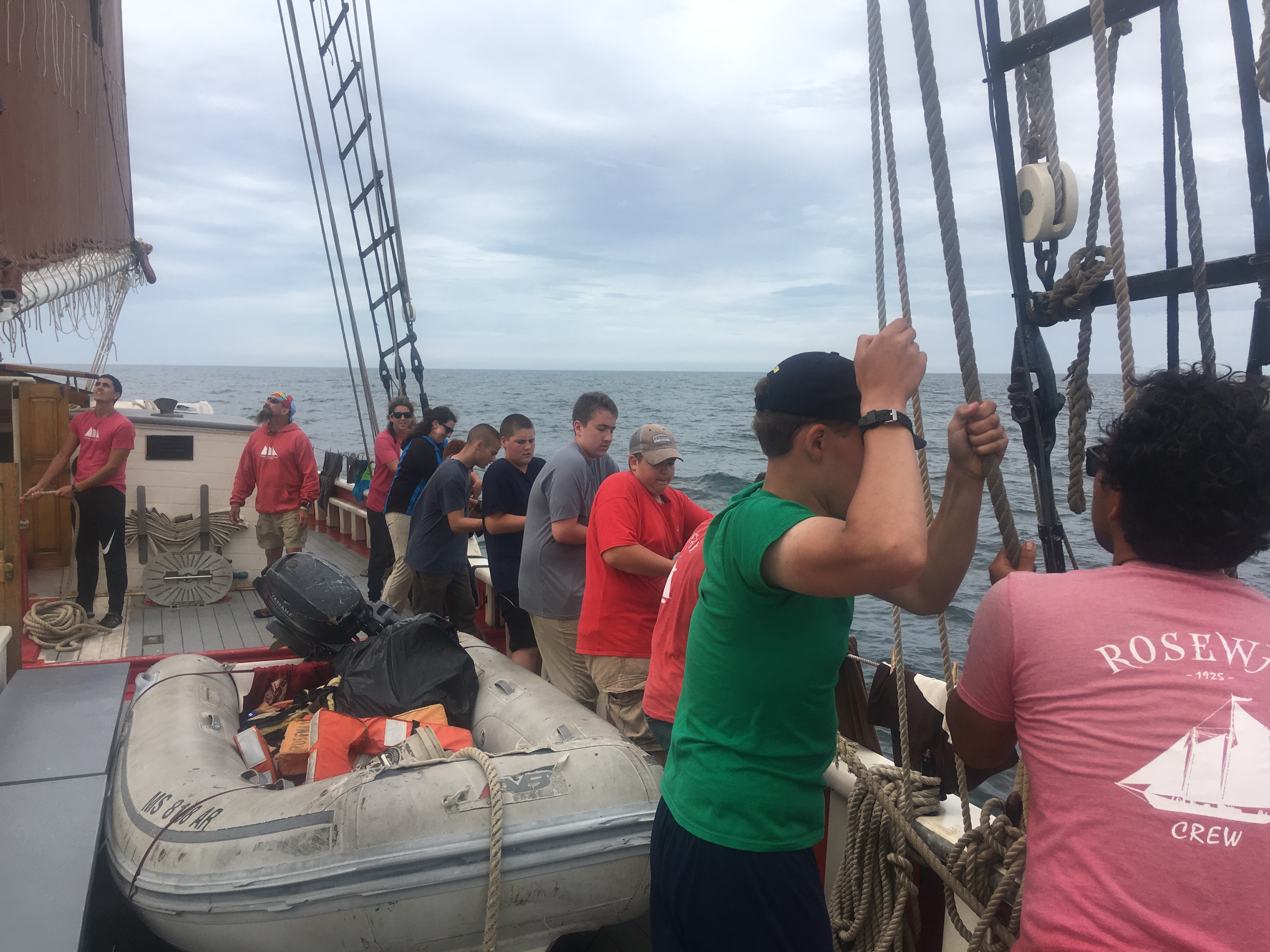 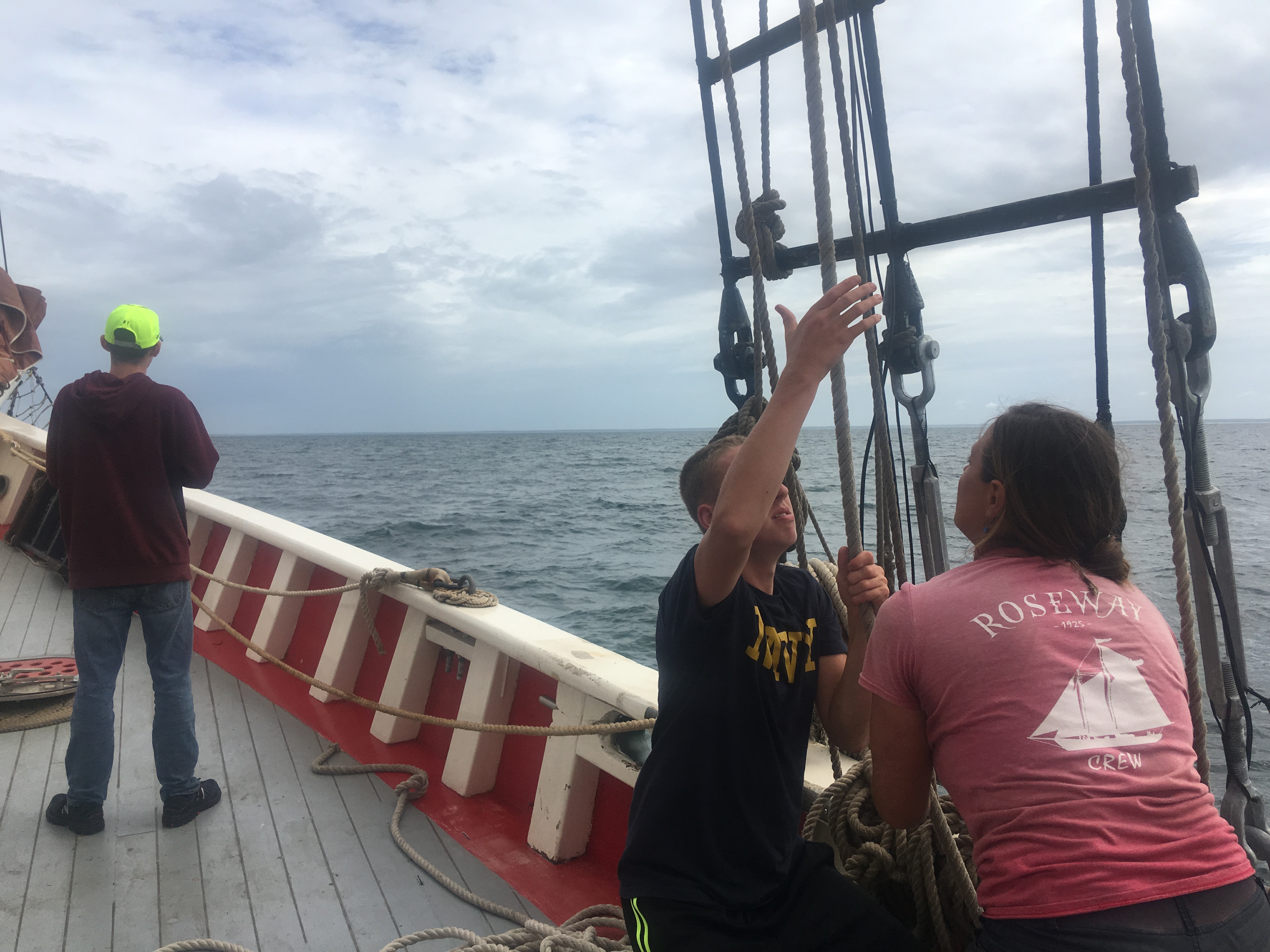 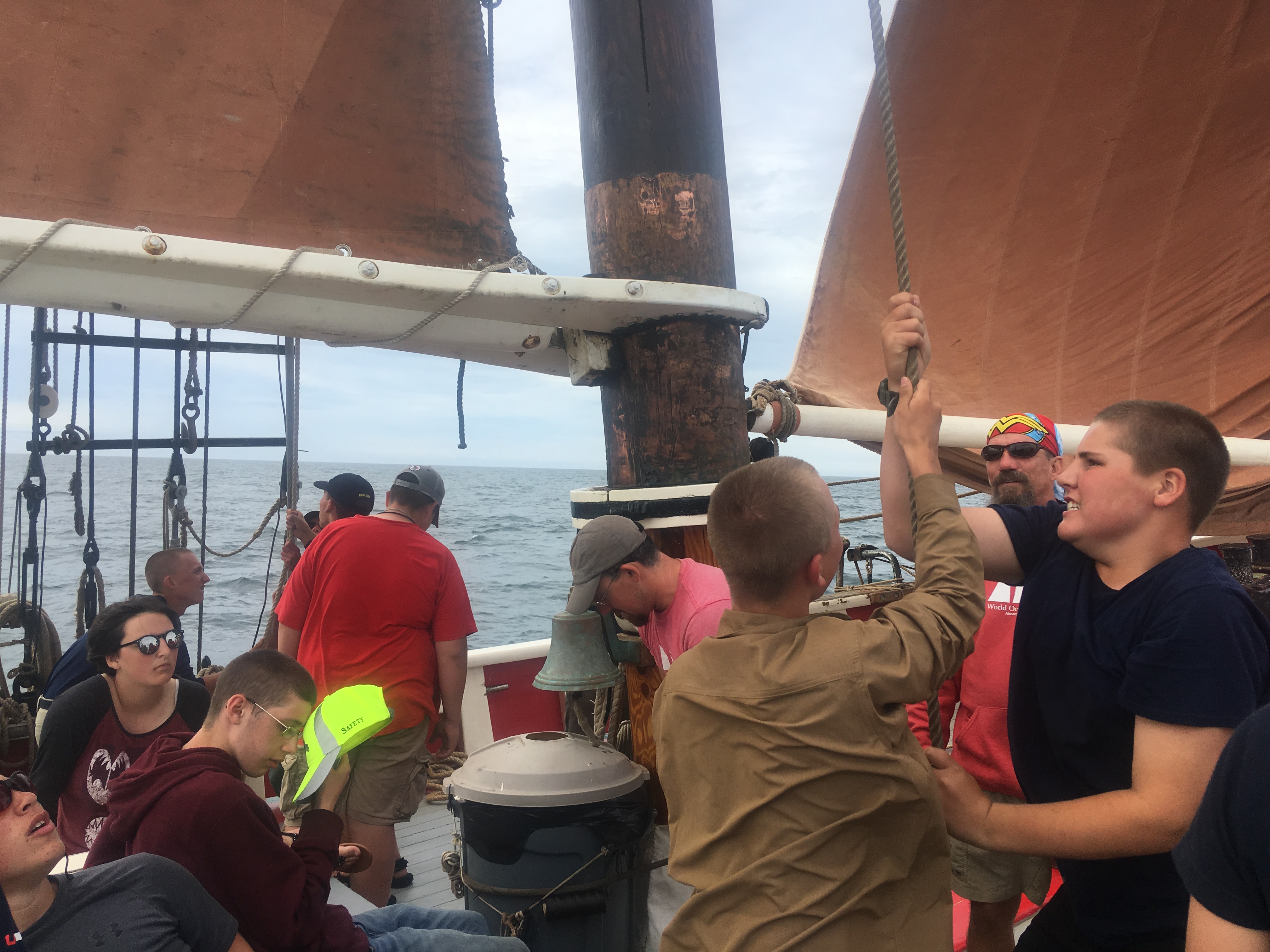 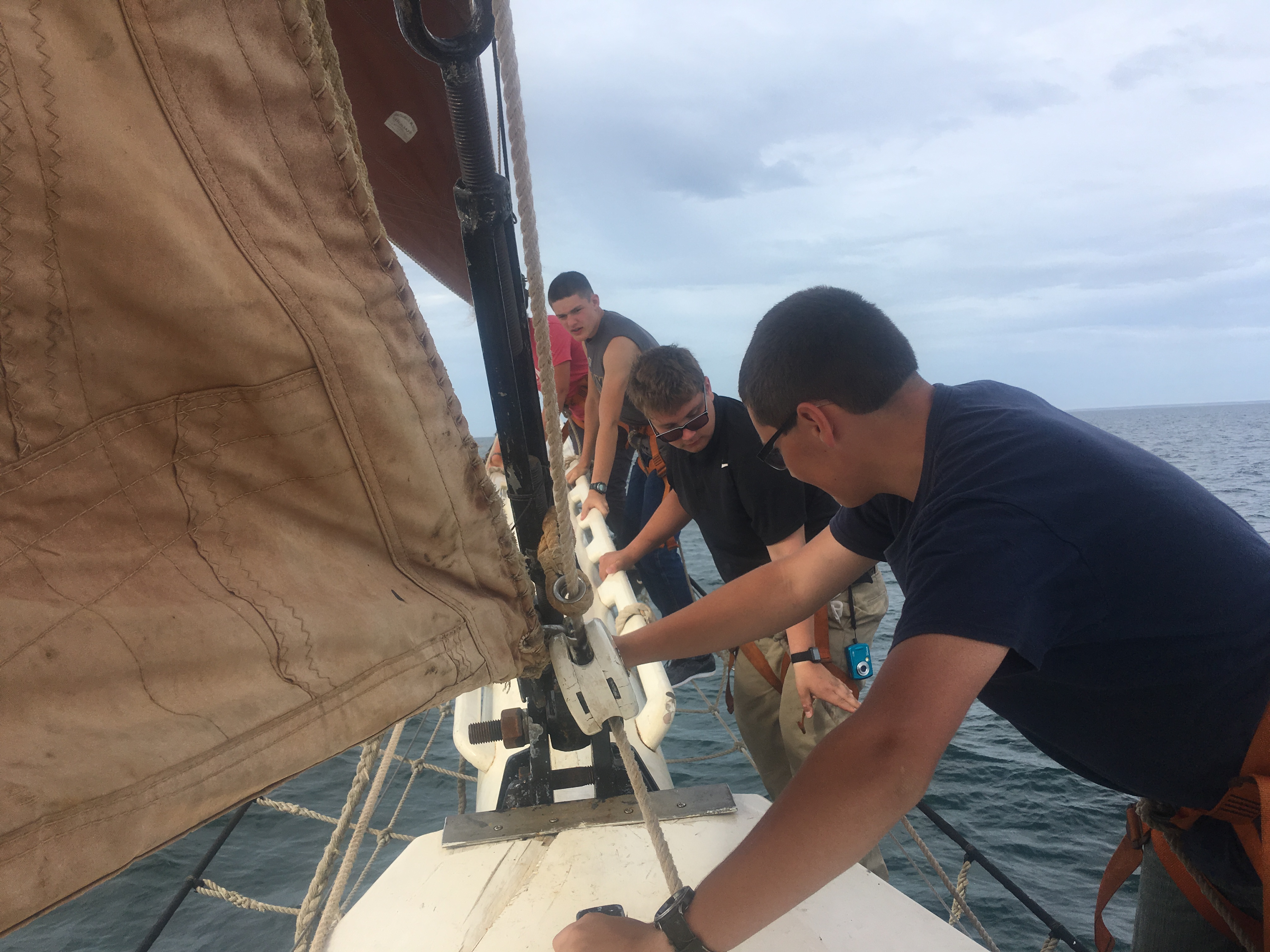 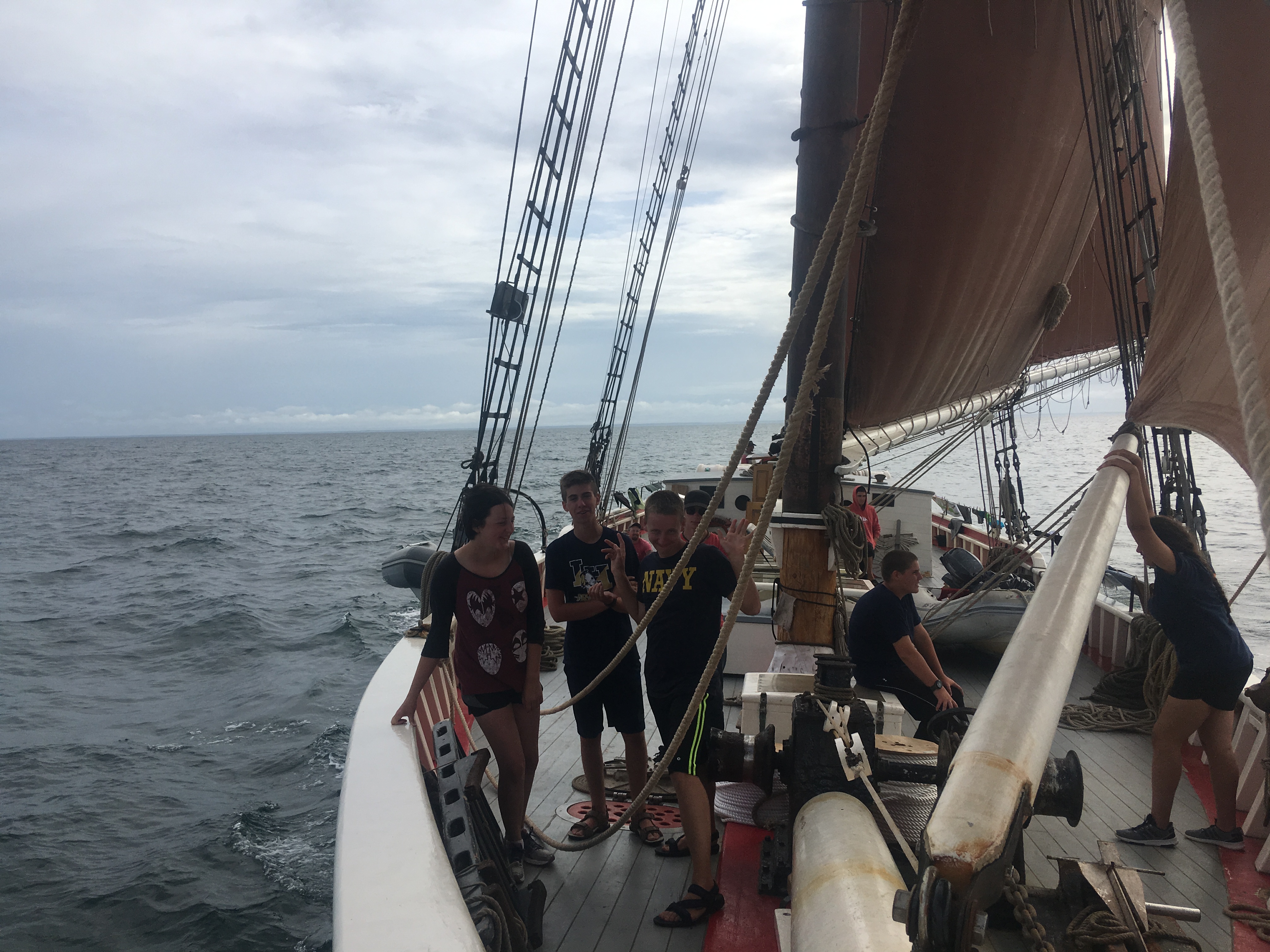 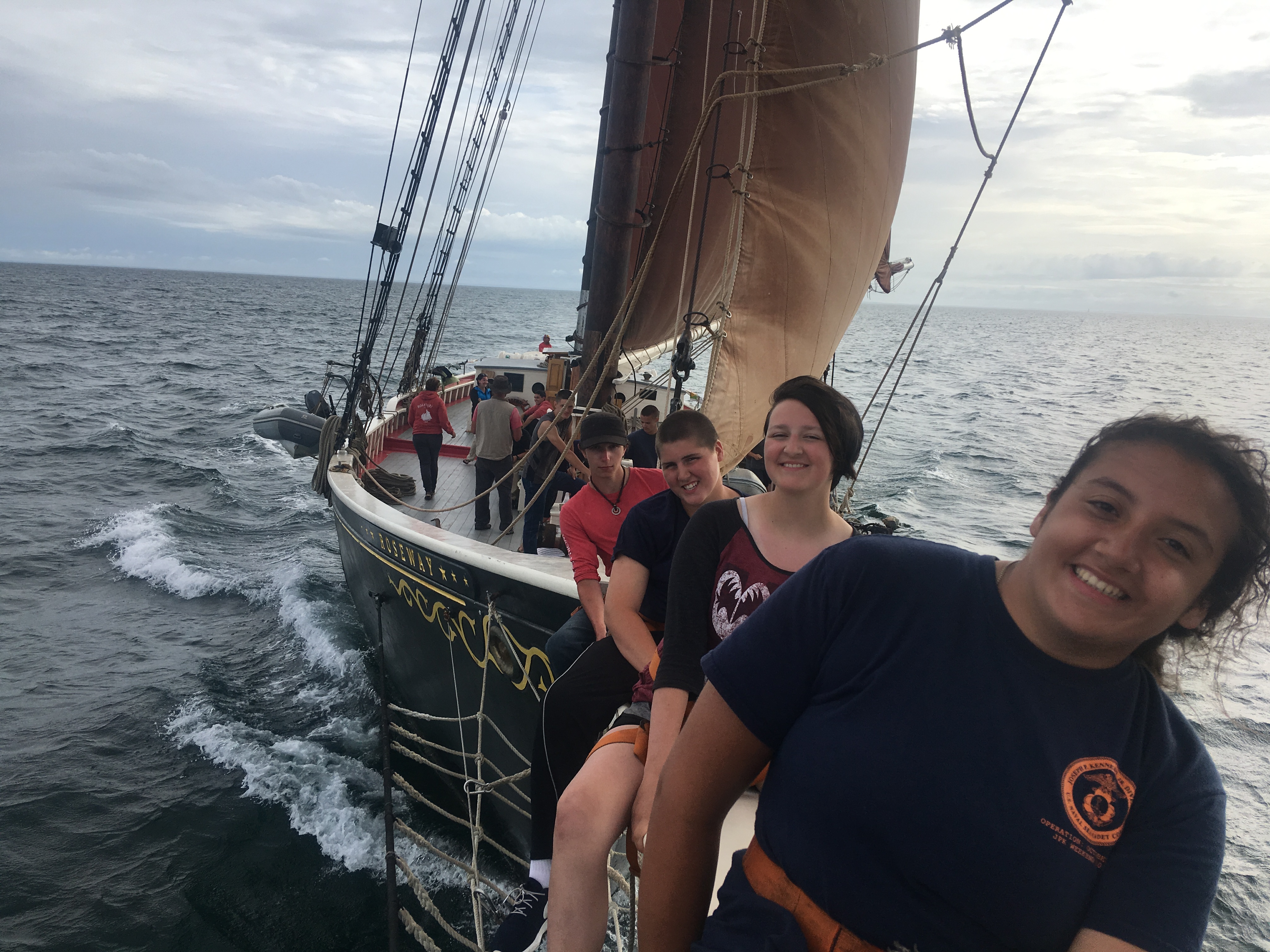 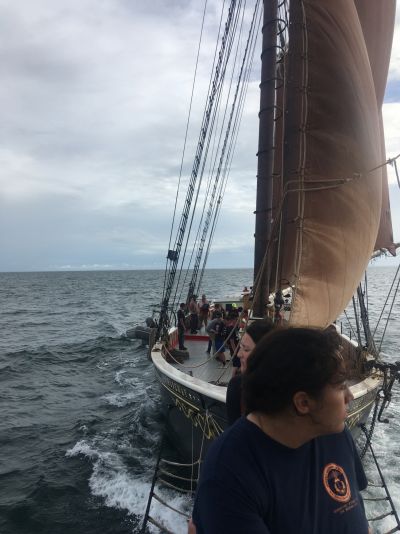