A fraction of our hardened watch took part in the viewing of this morn's dawn. It was a spectacle of great proportion. Like the painting of on Vincent Van Gogh. With a multitude of colors spanning from the lightest of yellows to the darkest of reds. Indeed it was an eye-watering experience. The remainder of the ship's crew awoke at the bright hour of 7:30 to a crisp morn. Soon to be greeted by a delectable breakfast of bagels and cereal accompanied by the most outstanding orange slices. While we dined, our vessel's culinary expert headed into port to purchase fresh ingredients for her delightful concoctions. However, as she had yet to return and of course we could not abandon her onshore. We decided to erase the ship's stench with a washing session. So we figured a quick dip in the chilling water below would satisfy this need. A few of us who felt themselves up to this trial hastily walked the plank into the ocean below. Though shivering the crew enjoyed this refreshing experience as the prior days had been boiling. After our brief excursion our culinary expert had returned and our captain saw fit to set sail. Our captain decided to pull the old sailing off the hook maneuver. The maneuver angled us perfectly to exit the cape, and we were underway. Numerous tacks later it was time for the midday meal. Poseidon's luck! It was an Italian favorite and most importantly one of ours. A modestly known dish in these parts of spaghetti and tomato-meat gravy. Although what truly brought the meal together was a fine flat of our very own culinary expert's toast. Exquisite! The crew fought through whipping winds and the ship listing to and fro made it a challenge to even acquire our flat of toast. However we fought through it and consumed our scrumptious meal. Post meal our humble A-watch was given two hours rest until our education was to resume. Most slept and the few who didn't played cards in the saloon. Short lived though it was, moral was replenished. Our instructors gathered at midships however this location was not fitting for our purpose so we relocated ourselves to the starboard cabin. Our gracious watch group learned that flying machines and ships share many similarities as they both the scientific principle of lift. We also exchanged knowledge about our various organizations and demonstrated our order of hierarchy all the way up to our majesty the chief petty officer and his parliament so to say the Lieutenant Commander. They were shocked by this as they all assumed we were on equal footing yet equal we were not. Soon after our splendiforous watch was hauled to active watch. As none could do the job as we could at the present moment. Seaman Schofield took charge of the helm while Petty Officer 2nd class Nunez assumed the position of his eyes at the bow. Although this period of watch not all went according to plan as one of the deckhand instructors was struck by the sea resulting in a very wet torso covering. Although a shock morale was kept high throughout A watch for apparently it is a normal occurrence here on the Roseway. Next shift it rotated as Seaman Apprentice B. took up the helm and Seaman Apprentice R. relieved PO2 Nunez at the bow. Twas a perilous watch as the wind was harsh and the waves rough yet A watch persisted. The second shift passed without incident. It was the third shift when things went awry. Alas our combustion engine lost one of its belts controlling the bilge pumps however thanks to the efforts of A watch's PO2 Vincente the issue was found and reported with haste and great efficiency to fix the issue. Thankfully our most knowledgeable captain had a spare belt for our combustion engine in the ship's stores. The remainder of the watch was uneventful compared to our captain's peerless deeds. For supper the crew had pig with sides of lettuce and a light dressing along with rice and vegetables. Another smashing success for our culinary expert. Now to close out this day three members of the superiorly savored away A watch sit in the salon writing our daily ship log. To our descendants and the future crew of this fine vessel the Roseway, fair winds and following seas. A watch signing off. Written the 21st of the 7th month in the year of our lord 2018. 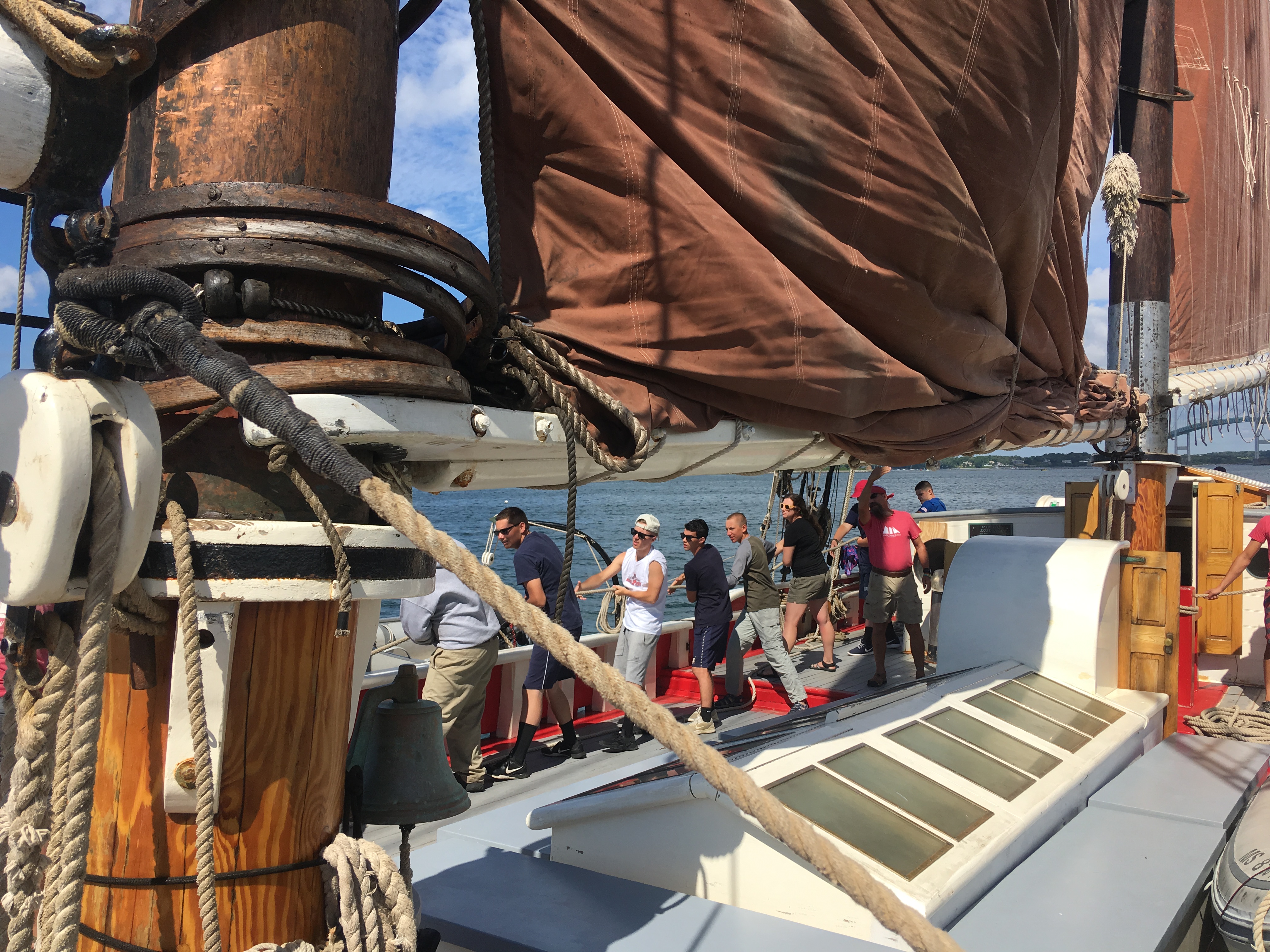 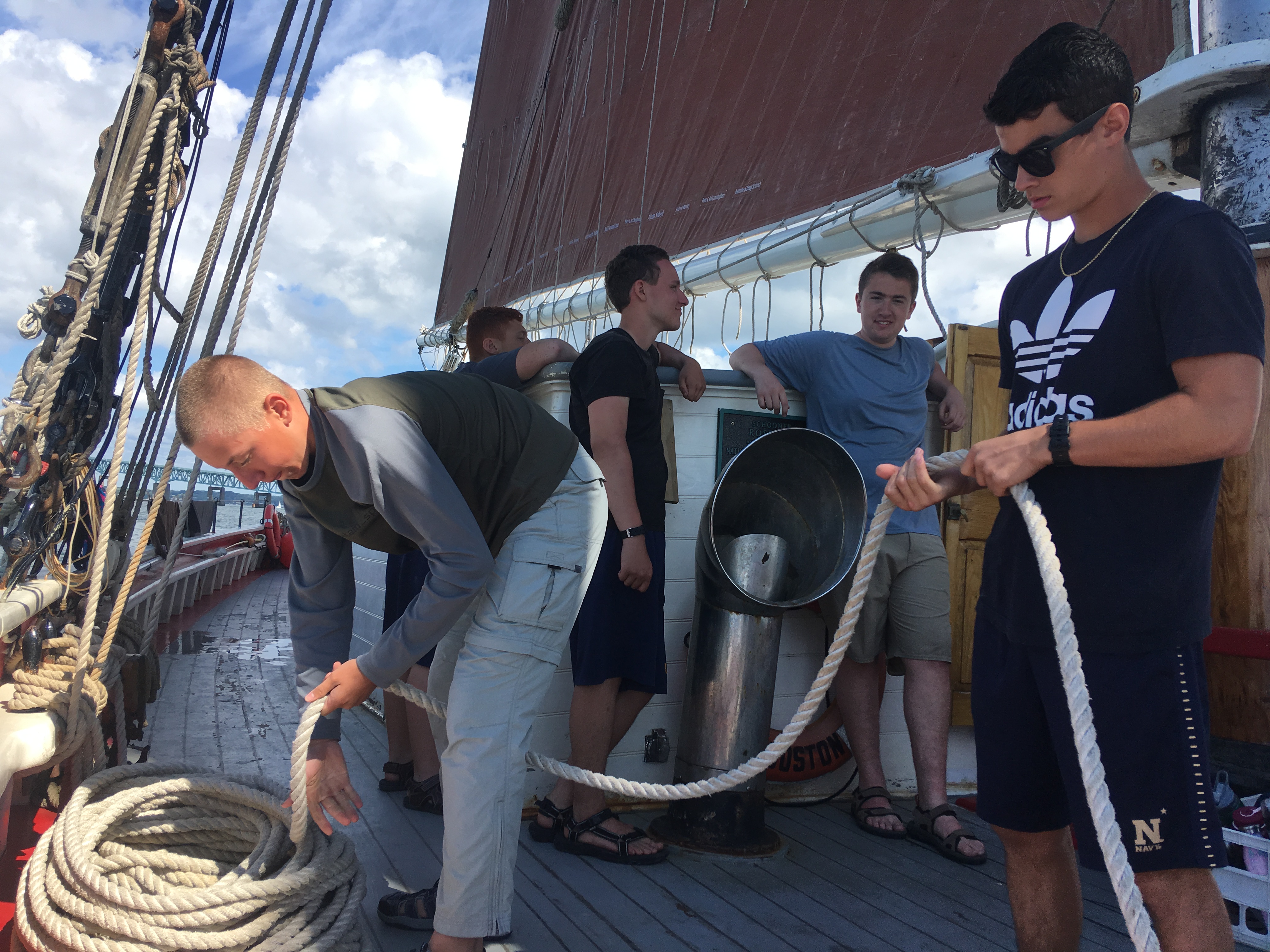 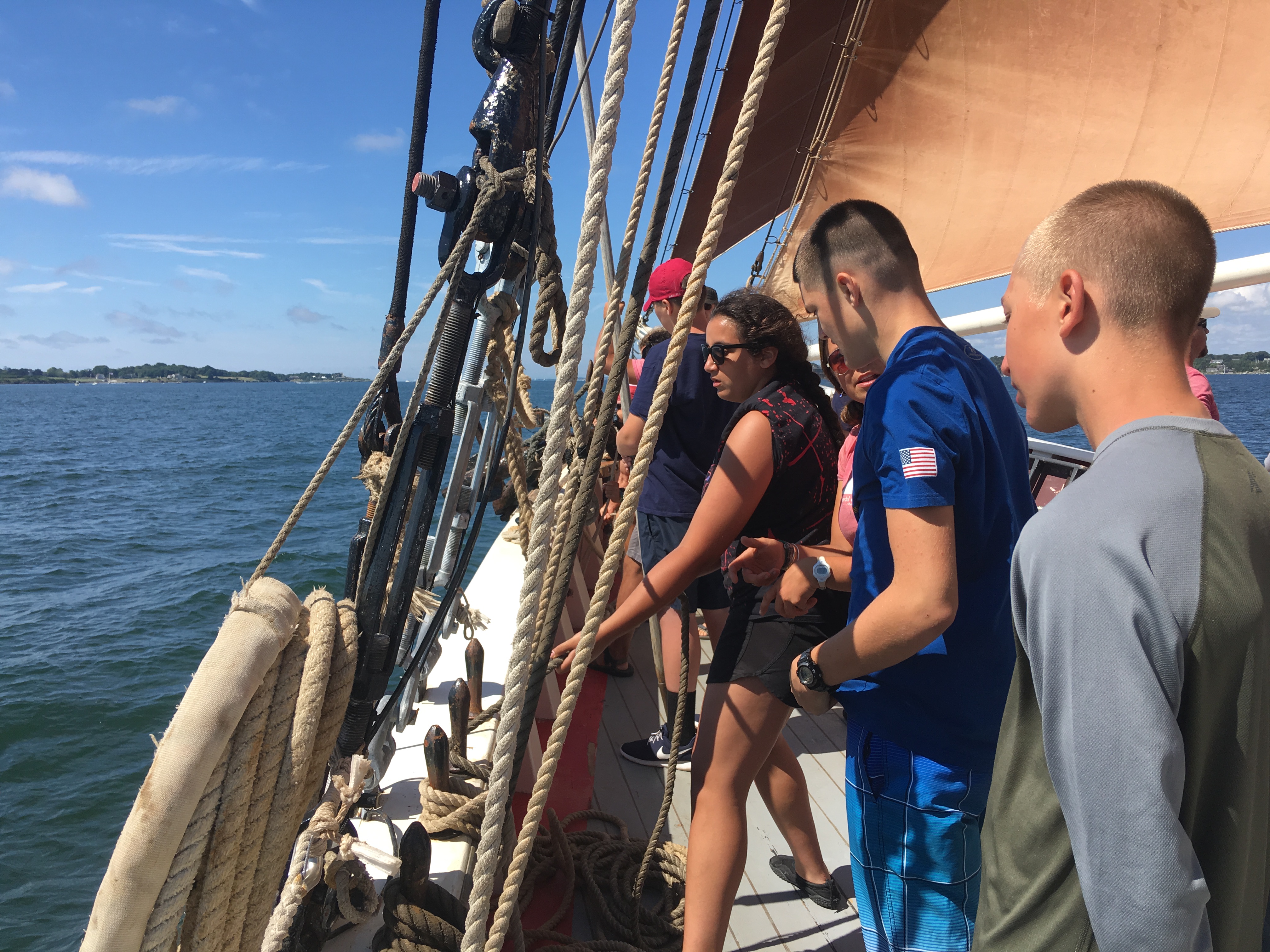 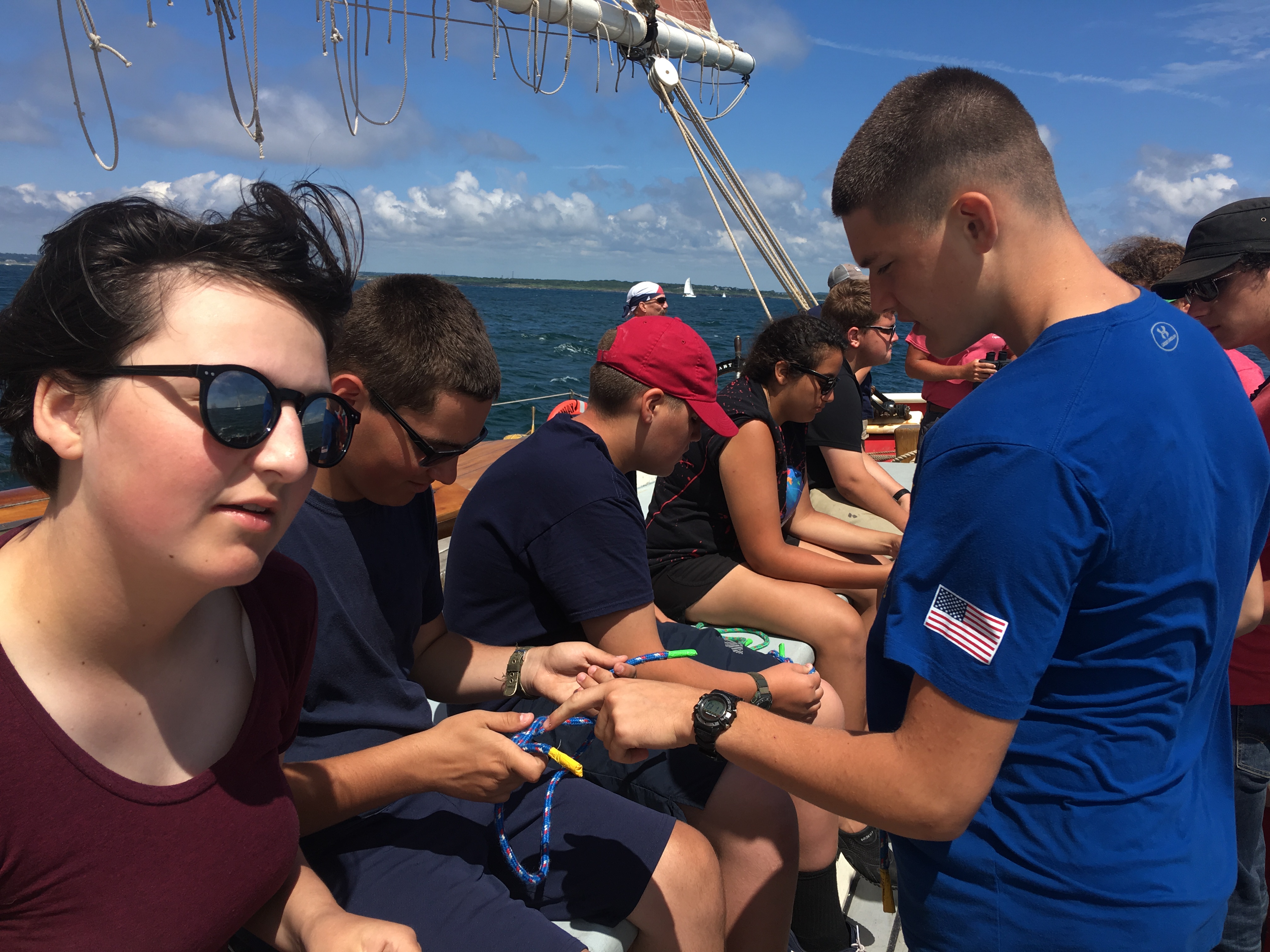 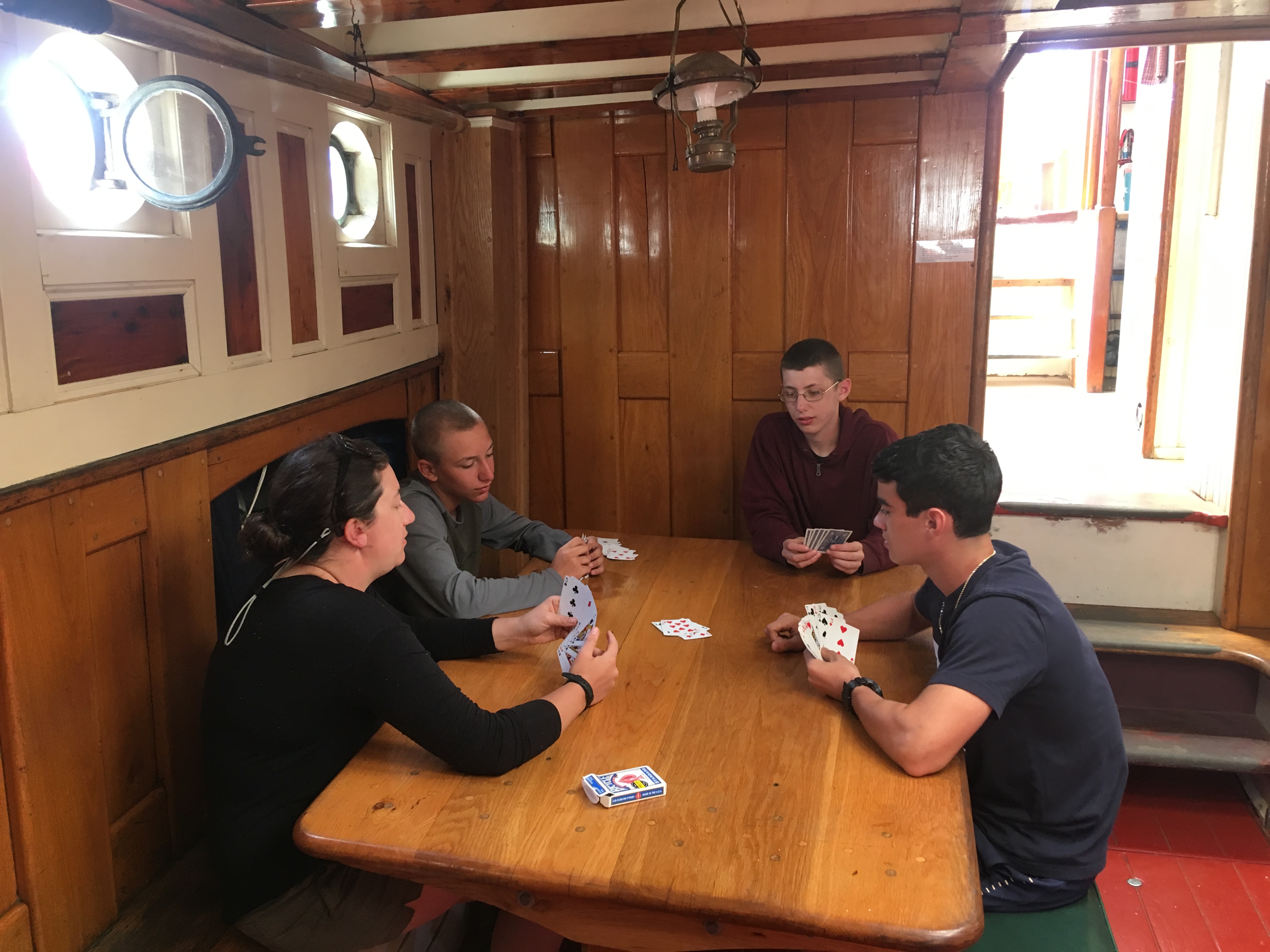 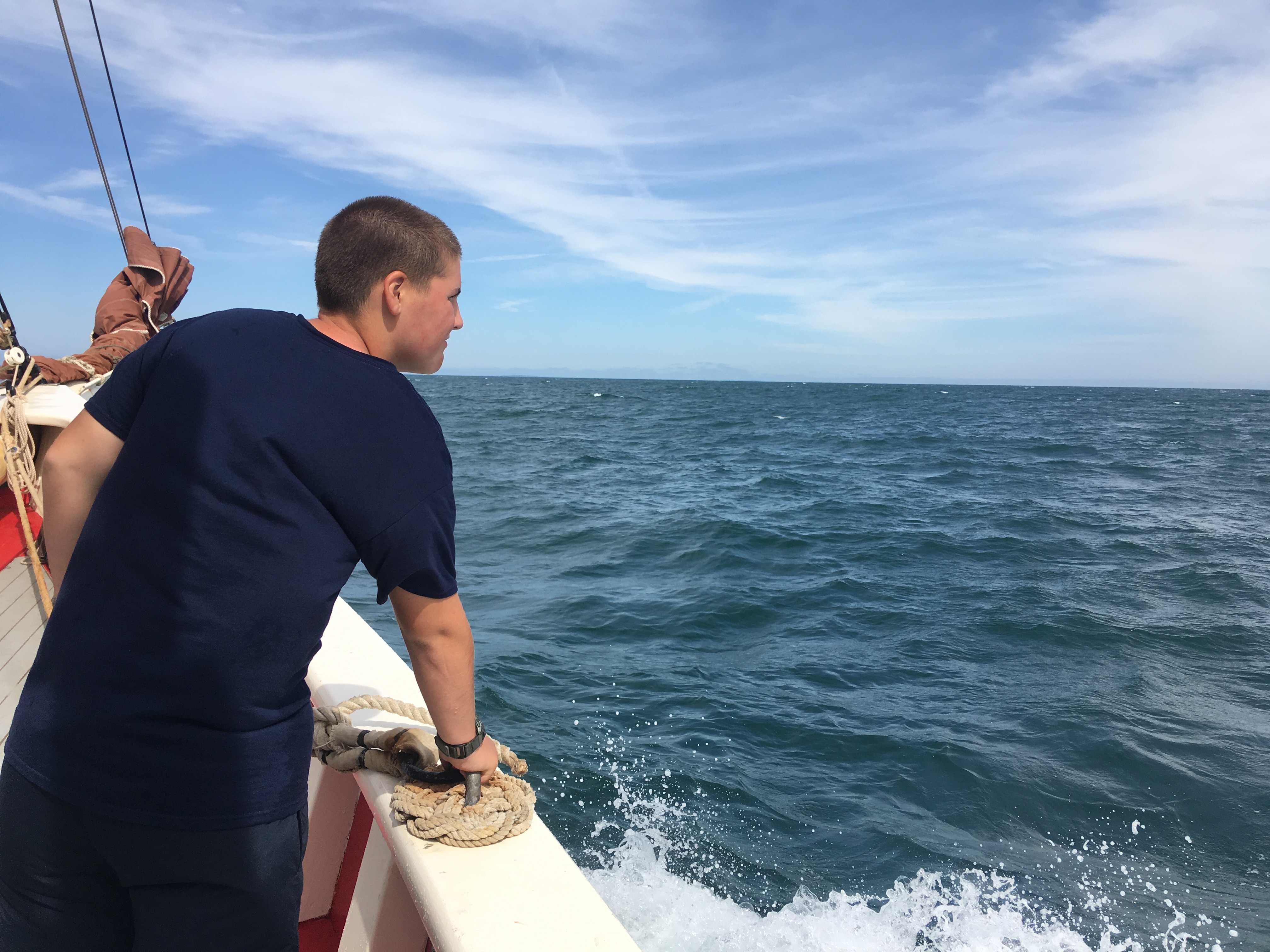 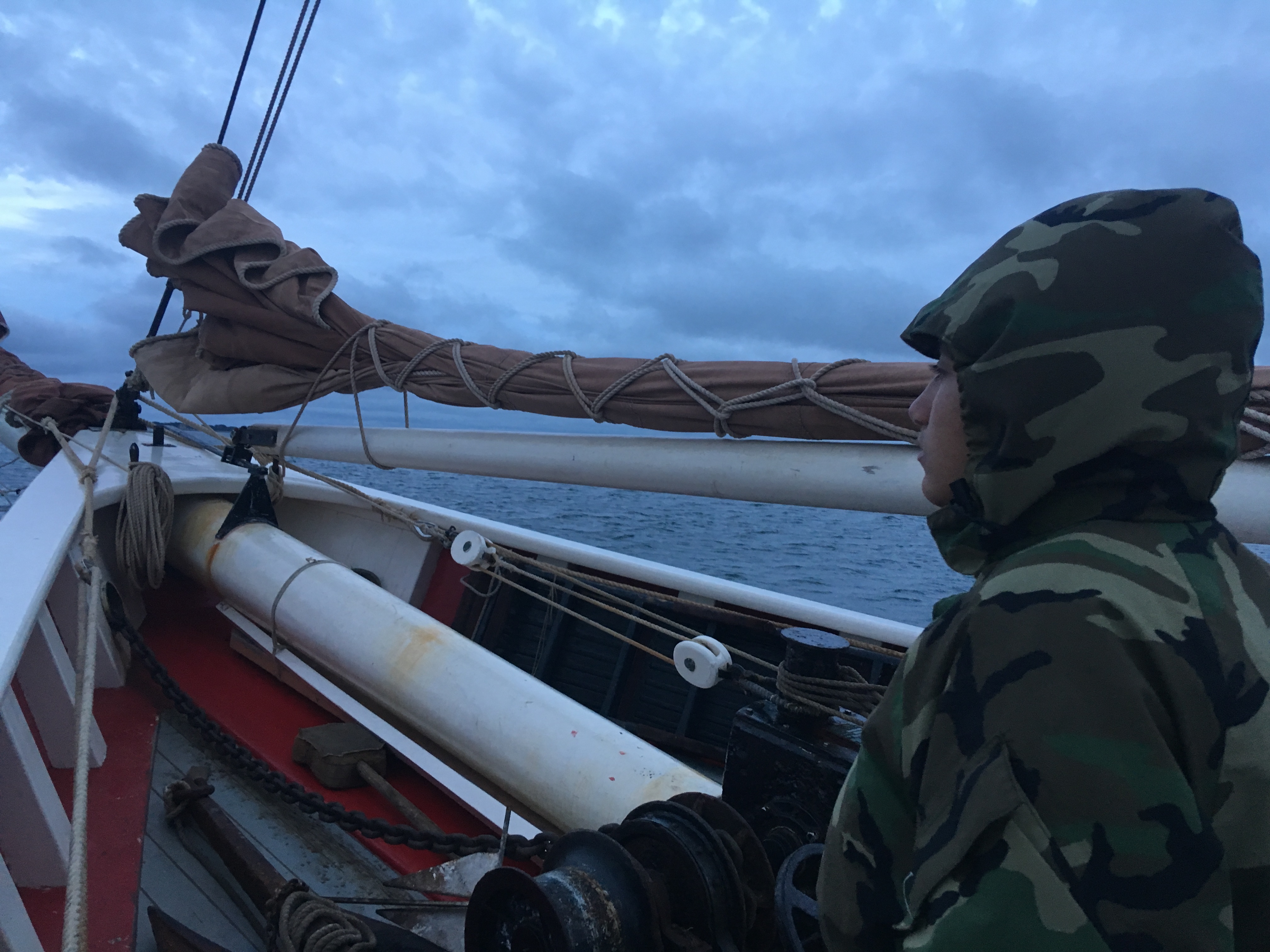 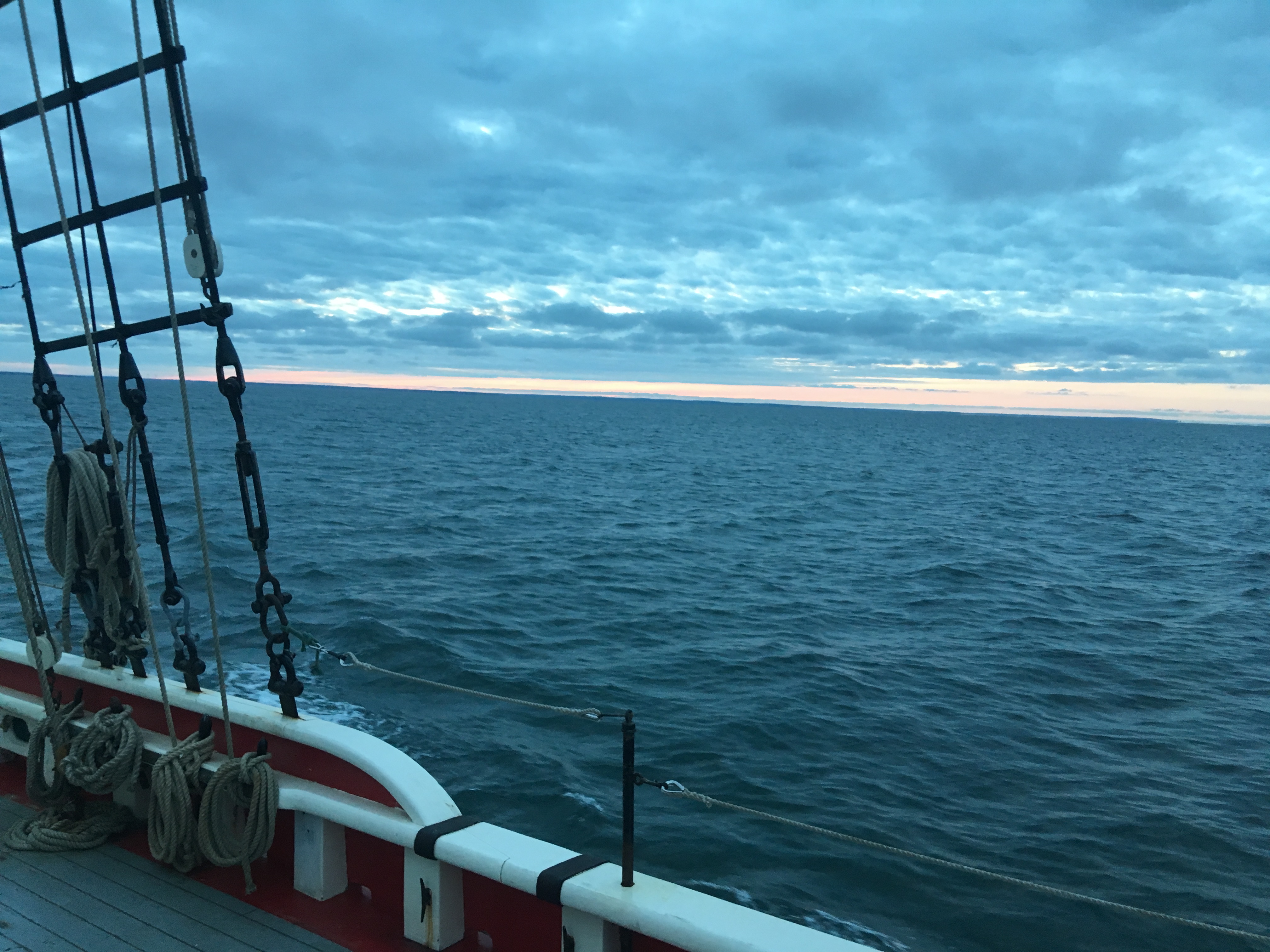 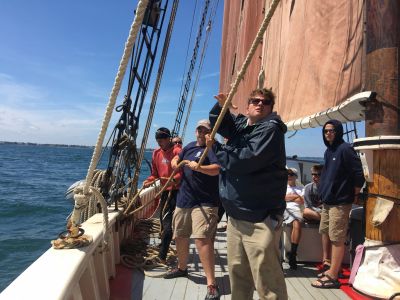