During the beginning of our week long STEM (Science Technology Engineering and Mathematics) program, called Summer Pathways, we started the week with an eye opening experience. All 22 of us high school students from the Greater Boston area with varying interests and experiences boarded the Roseway with limited knowledge and expectations of what was in store. We were immediately and quite literally expected to pull our weight. We observed and learned quickly the importance of communication, as the crew members spoke in a language all their own. It was interesting to see how the crew collaborated and worked together as one, like a well-oiled machine that we became a part of. For people that weren’t used to being on the sea, it was pretty rough in the beginning, but after spending a few more hours in calm water, many people became more adjusted and the seasickness subsided. It was frustrating too for some that weren’t feeling so well, as many wanted to participate more, but they also were able to view from another perspective the teamwork and community onboard. Everyone got to learn more about the boat, safety measures, and the signals involved with guiding the ship, as well as raising the sails and prepping everything. An aspect of the trip that was very beneficial was that it was a firsthand experience, where we could really get into the work for real instead of being lectured or told about it. It was great to learn more about sailing and the ocean by being thrown into it, even though it was a lot to take in at first. As the day comes to a close, we look forward to another day filled with spontaneous actions, lots of hard work, and collaborating and communicating with new people. 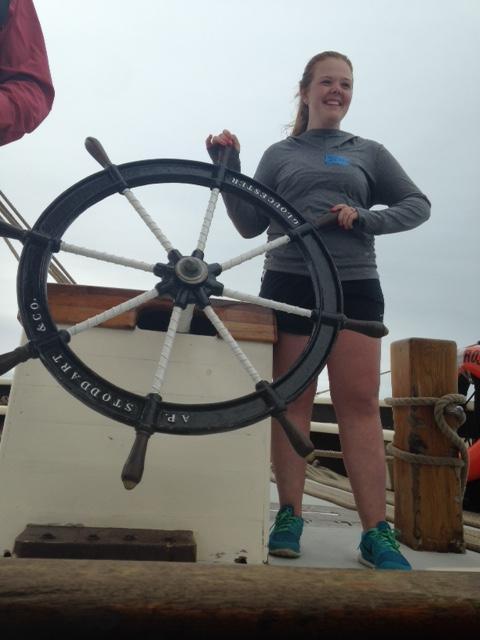 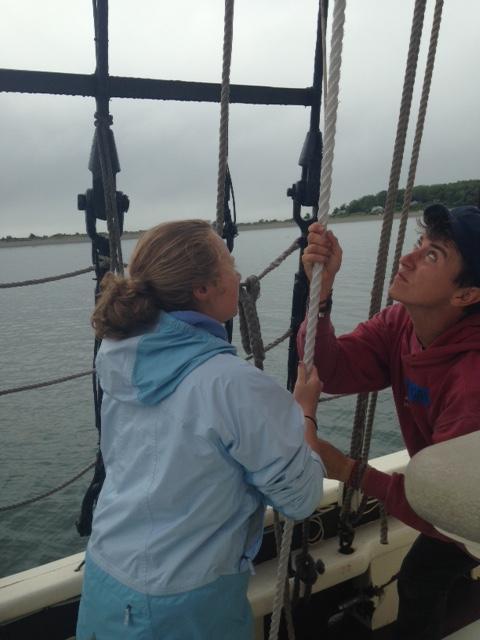 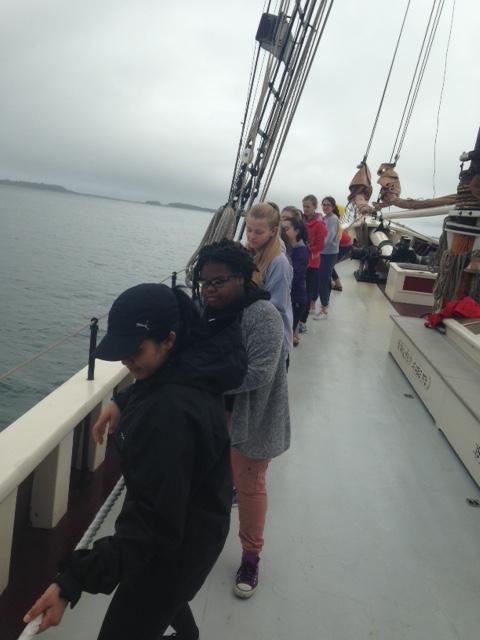 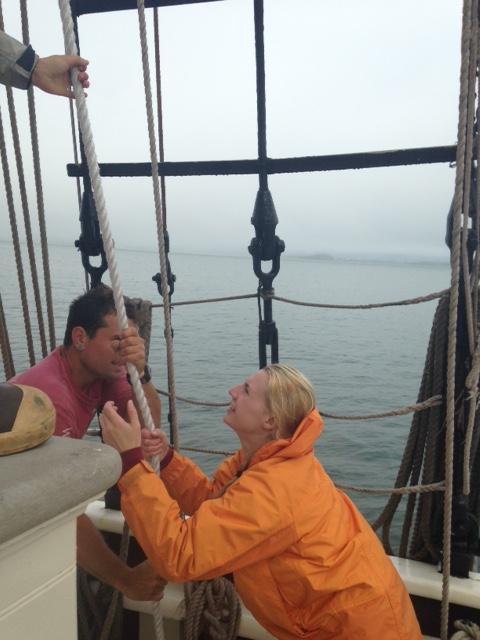 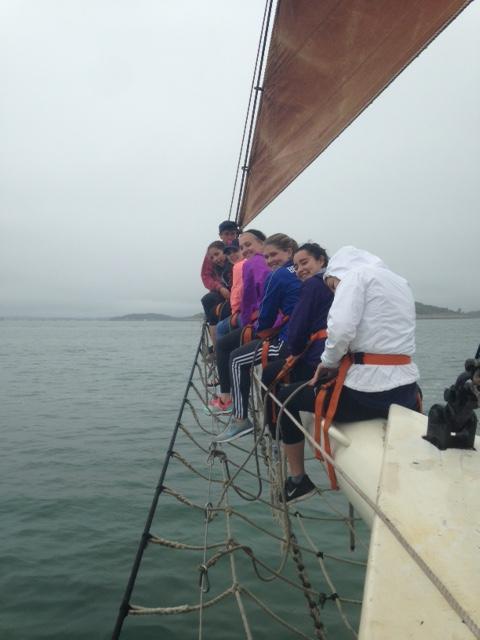 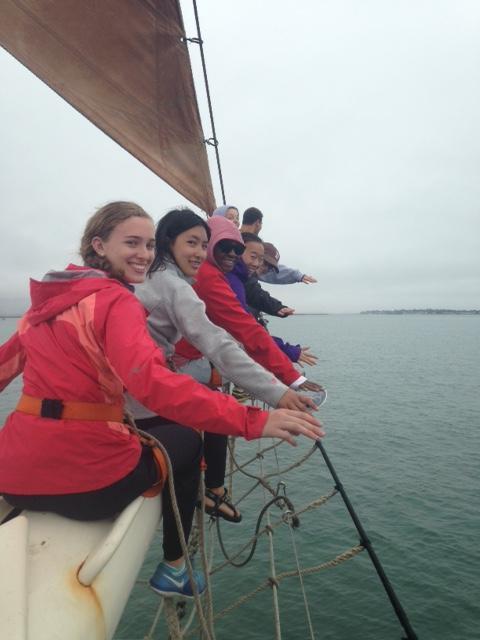 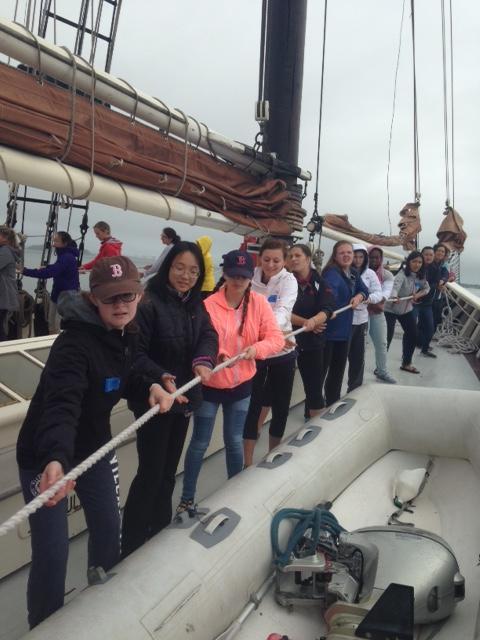 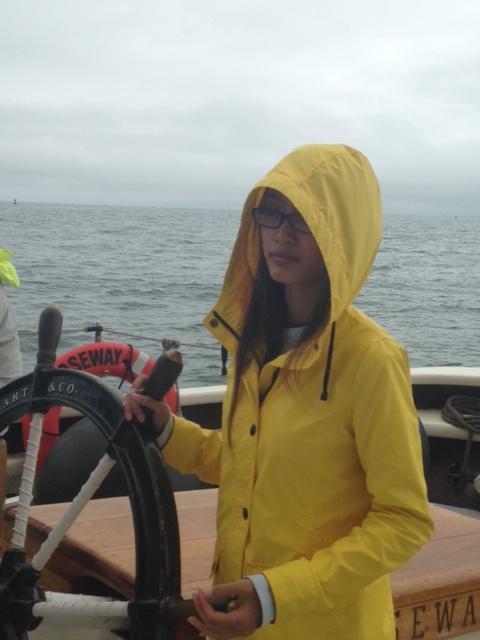 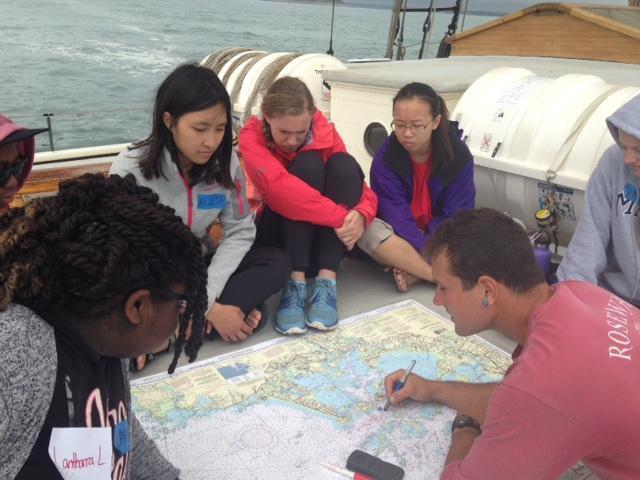 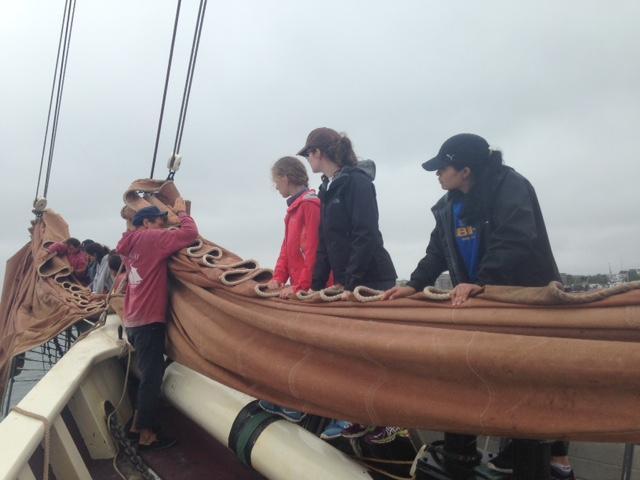 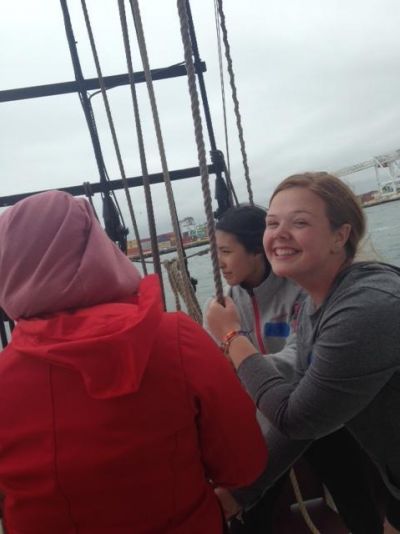