As we awoke for our first dock watch, the feeling became too real. The feeling of dampness still was within our clothes from the previous day of splashing waves. Dock watch is a very important part of our time here on the Roseway. Dock watch is important so people do not come and get on board and to check the bilges. During dock watch, we all have a shift and have to be up at night. This includes doing boat checks, and checking the weather. Our snack for the watch was popcorn. When we opened our bag of steaming hot popcorn prepared for us by our amazing Chef Caroline, the aroma of salt and butter filled the air.

Once morning hit, and the crew and Junior Watch Officers had their muster; we had a wonderful breakfast of oatmeal and English muffins with all the toppings that you can think of. The anticipation of what would come next had us all on our feet ready to meet our sister ship here in Gloucester, Massachusetts. Around 0900 we went to meet the Adventure. We all felt a feeling of excitement seeing the similarities and differences between the two ships. We then heard some history about the boats and learned that Roseway and Adventure were built one year apart and Roseway was known for catching swordfish while Adventure was known for catching cod.

Soon after, we learned a lot about navigation; there was a lot of tiredness and confusion. But alongside our Captain Pao we were able to learn a lot. We even learned a very cool acronym “Can Dead Men Vote Twice At Election”. Can stands for Compass. Dead stands for Deviation. Men stands for Magnetic North. Vote stands for Variation. Twice stands for True North. At stands for Add and lastly, Elections stand for East.

Our next adventure was the Fisherman’s Memorial. This Memorial was dedicated to over 5,000 fisherman that lost their lives in the last three centuries. It was also created by the people of Gloucester. It was very sad seeing names that were up there together after learning about familys that had worked and died together on board ships out of Gloucester. We knew they may have been part of the same family based on the year and shared last names. 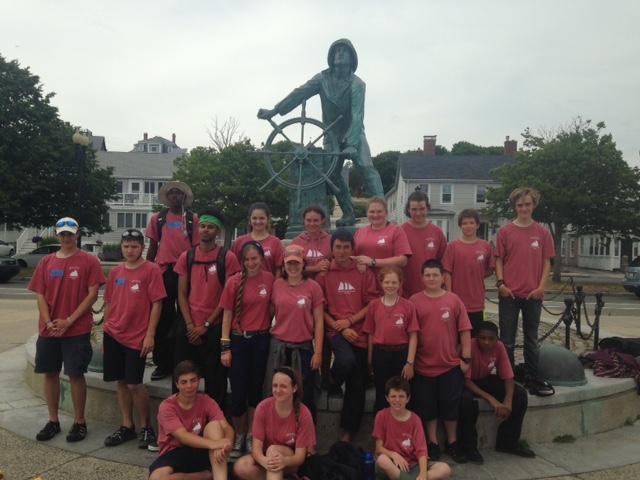 As our walk continued we made our way to some grass for exploration. Many of us played on the playground and hung out at a beach on the life guard chair. We saw crabs and did some gymnastics. Some played basketball, while others found objects in trees and others decided just to hang out. By the end of the day we all had an amazing feeling of becoming more of a team. 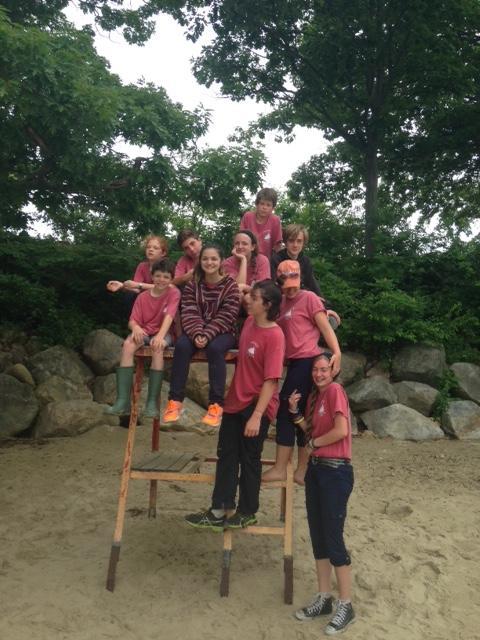 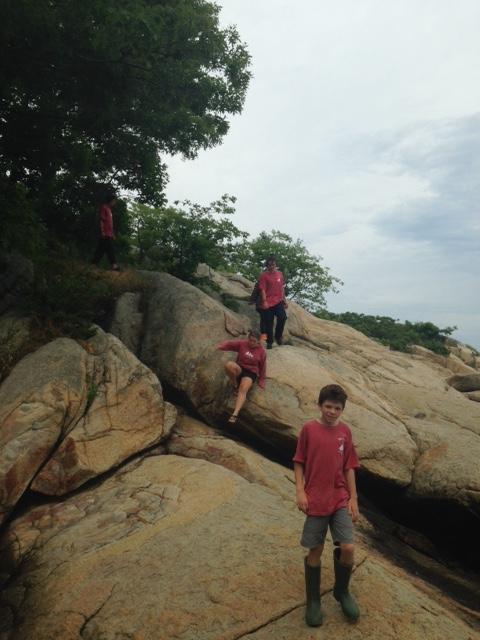