The day started two hours later than usual due to the inconvenience of moving anchor we all got some extra rest. For breakfast we had scrambled eggs and fruit salad. After breakfast we did our daily chores. And read the continuation story from last night’s anchor watch. Next we broke up into our daily activity groups to learn about sea shanties, and making Turks head bracelets. 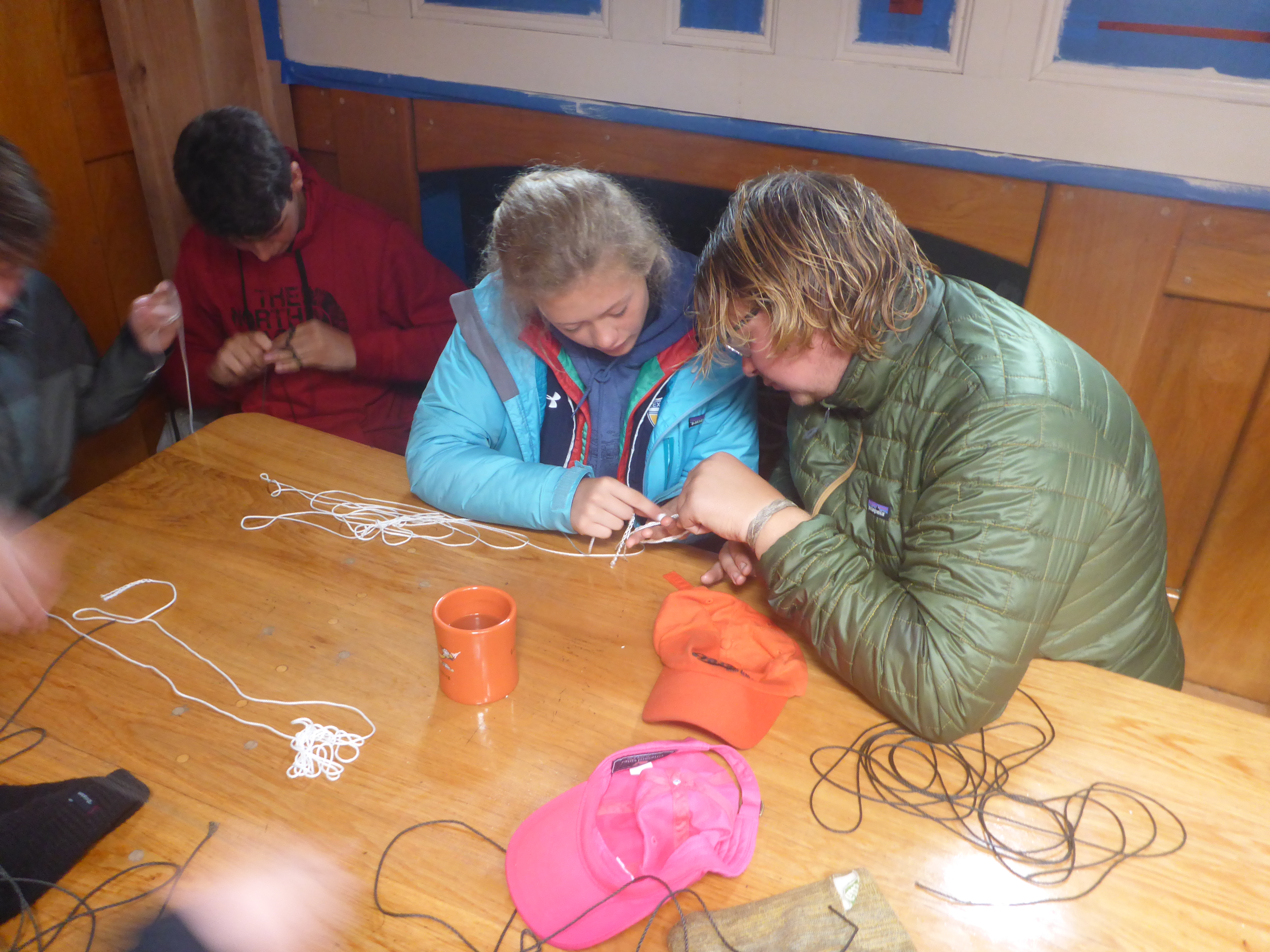 Afterwards we ate lunch which included delicious corn bread and chili. After lunch we split into the same groups and watched a movie called Around Cape Horn as well as learned how to tie knots. Once both groups had finished both activities, we had delicious cinnamon rolls. We finished off the day with a game of mutiny and ate dinner. We are all excited for French toast tomorrow and going back home. 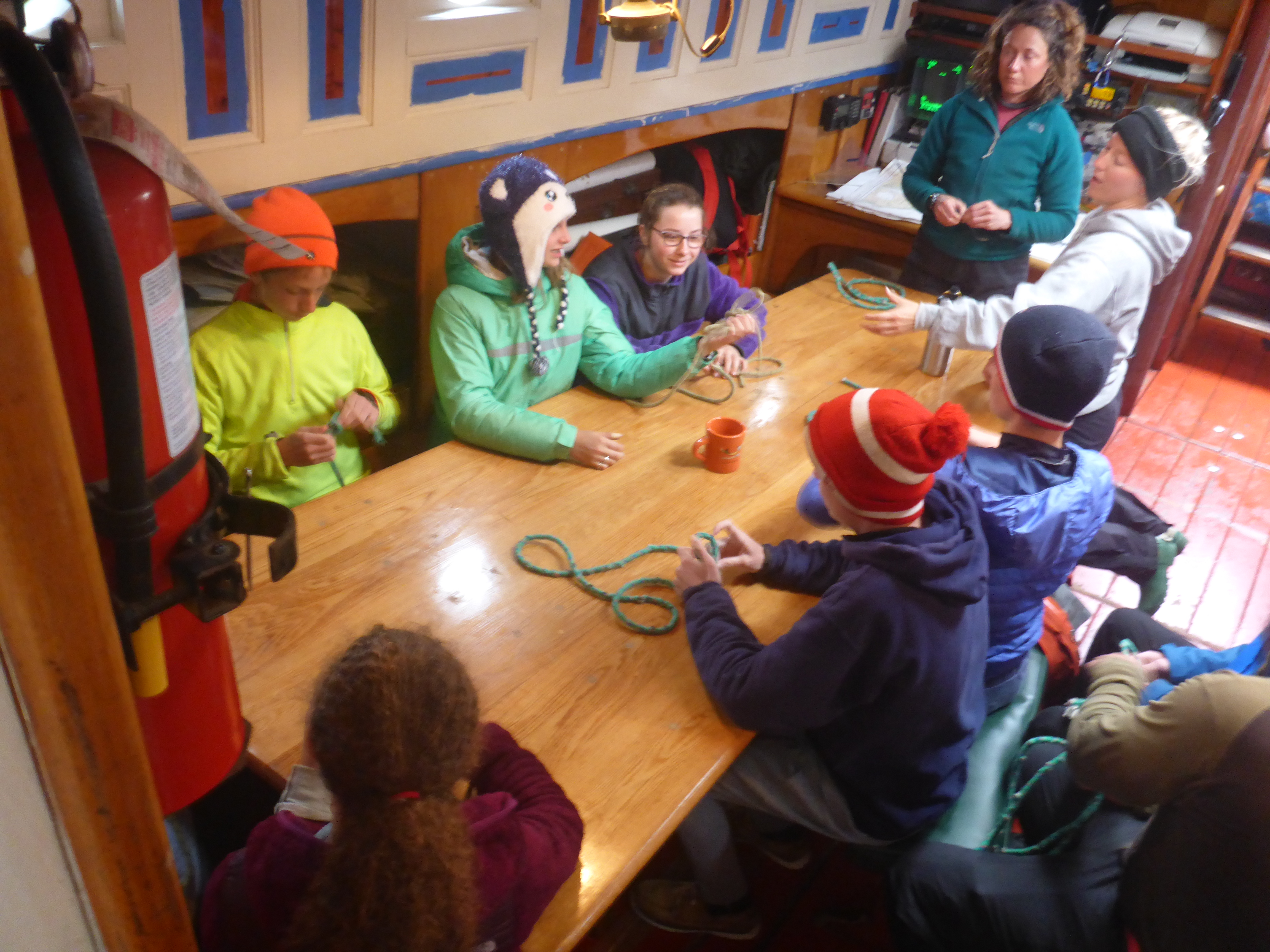 Above, Deckhands Ava and Becky teach students knots. Below, students persevere and remain positive through the weather. We're impressed with their resiliency and positivity! 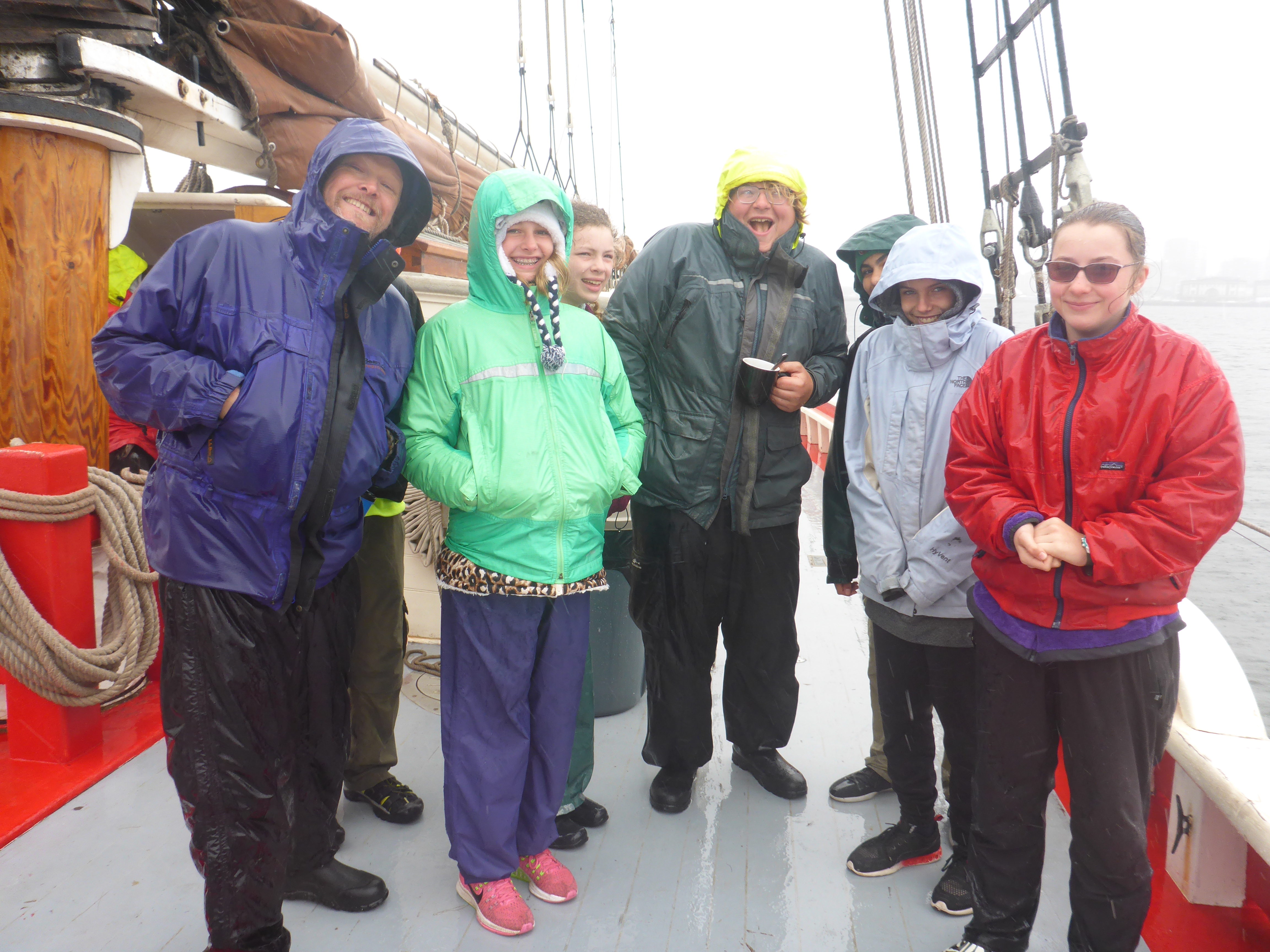 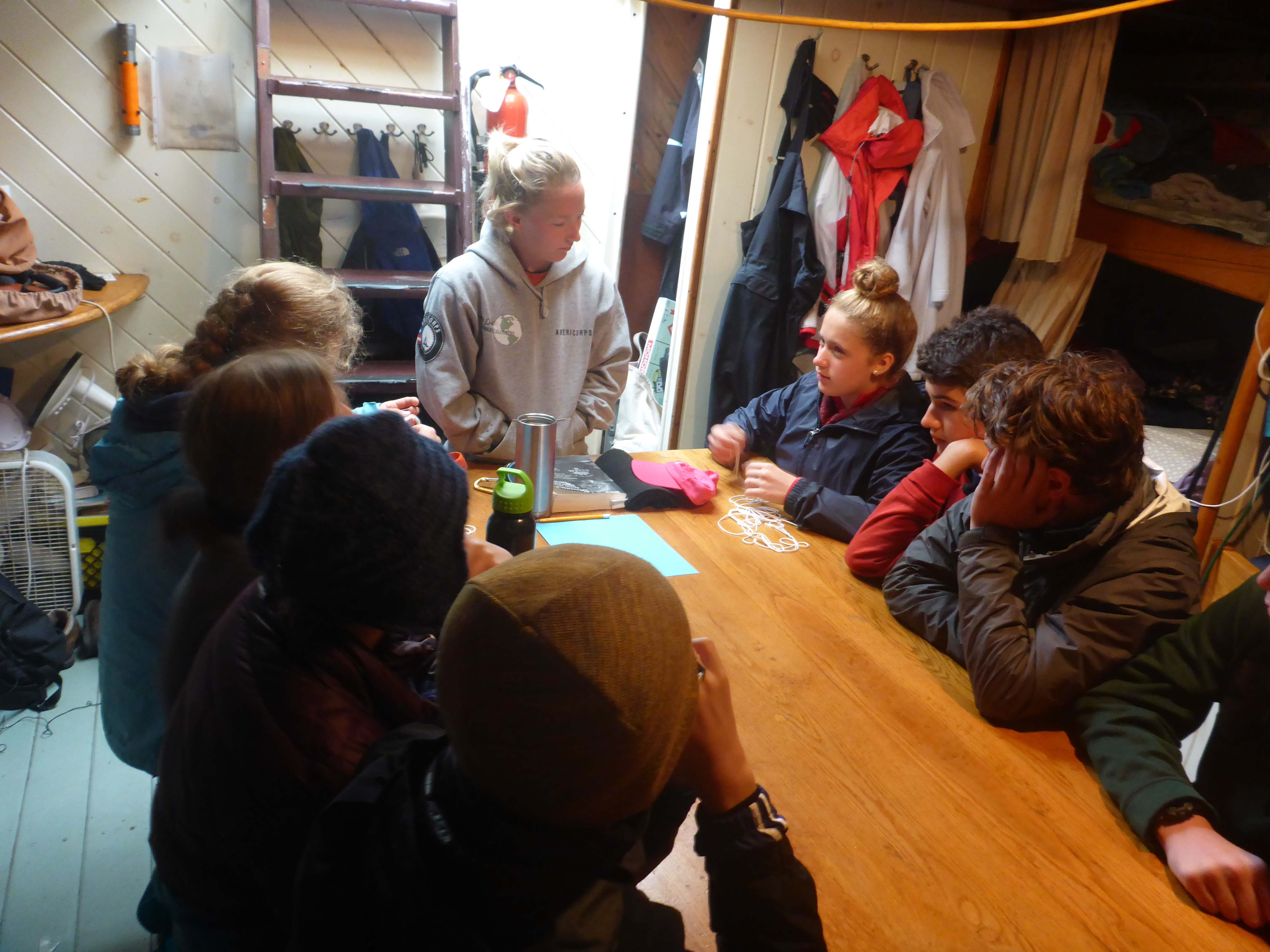 Ava leads a discussion about this history of racism and sexism in sailing in our fo'c'sle, where the crew sleeps. 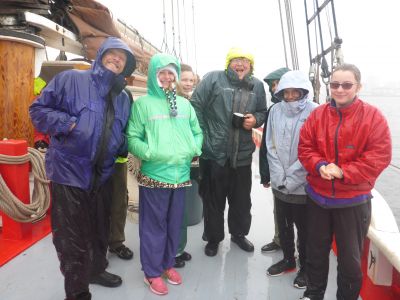 Parents: Join us at 1pm for a tour of Roseway and our closing circle!

Join us for our Annual Walk the Plank Fundraiser, Today from 4:30-8pm aboard Roseway at Rowes Wharf. The event is free and open to the public!