In the world of Roseway student crew, we woke up to a beautiful sunrise. At 0700 we awoke to the angelic voices of the Roseway Crew singing "A Thousand Miles" by Vanessa Carleton. This morning we raised the sails at the command of Embeyah's bird-like voice. After a successful sail set we worked up an appetite and were fed a splendiferous breakfast. Mouy delicioso! We were bound for St. Thomas. On our swashbuckling journey, we learned how to make turk's heads and monkey's fists. We braved the bowsprit on our shaky sea legs as Roseway rolled along. #toosalty #ooo #thatwasbumpy

During our second splendiferous meal of the day, we were greeted by brown breasted boobies, all of a sudden we saw fins... and were joined by cute as a button dolphins #boobiesbringdolphins. As C watch finally braved the bowsprit, the dolphins' second cousin the whale #tharsheblows. We then learned how to be a true sailor by singing sea shanties. We even made up some of our own verses #paddylayback.

We had to close all of the hatches yoyoyo cause them storms were a coming. Finally time skipped and the sun came and we struck them sails. After our long 129-mile journey we threw our caps down and anchored in St. Thomas. The third splendiferous meal was mac and cheese with pulled pork and a side salad #toocheesy #ShoutouttoDani. We then brought in the colors and took care of ship's work. Now we're writing this wonderful ship's log and anticipating the wonderful brownies we'll consume during anchor watch #toogooey #teamnosleep. We are sad, but excited to raise the sails one last time and depart from this wonderful journey aboard the Schooner Roseway. #itwasfun #setthosesailsbaby 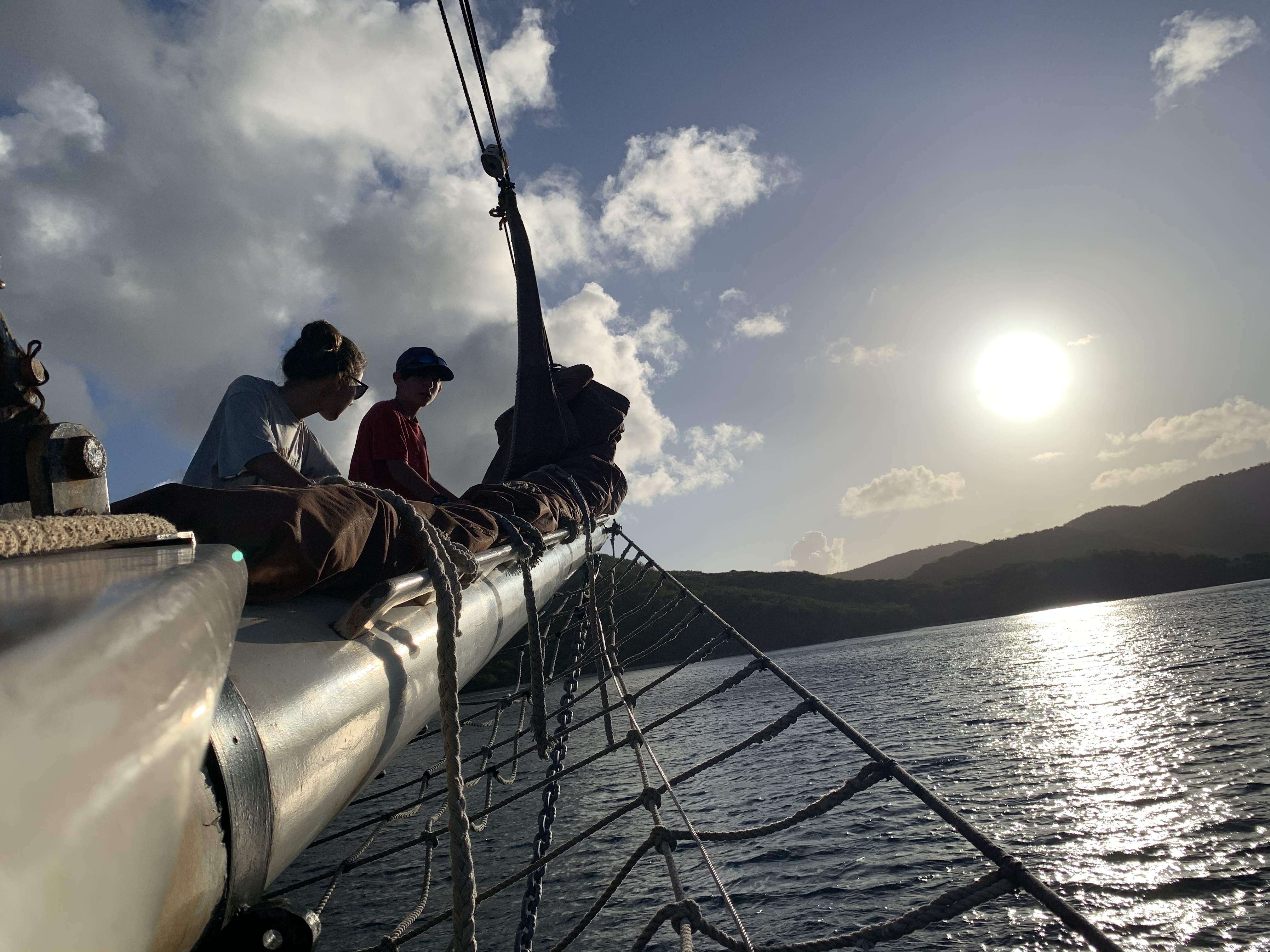 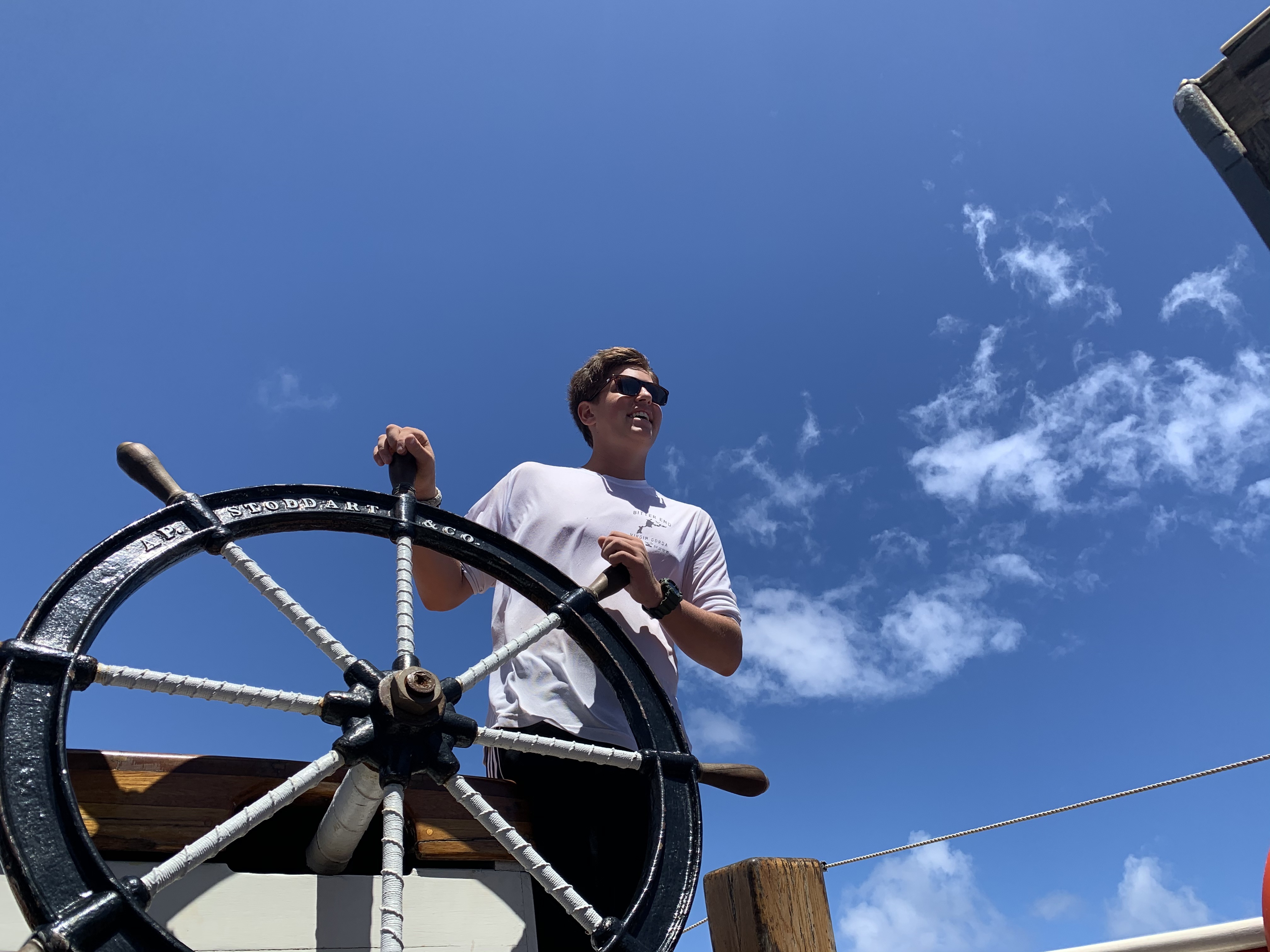 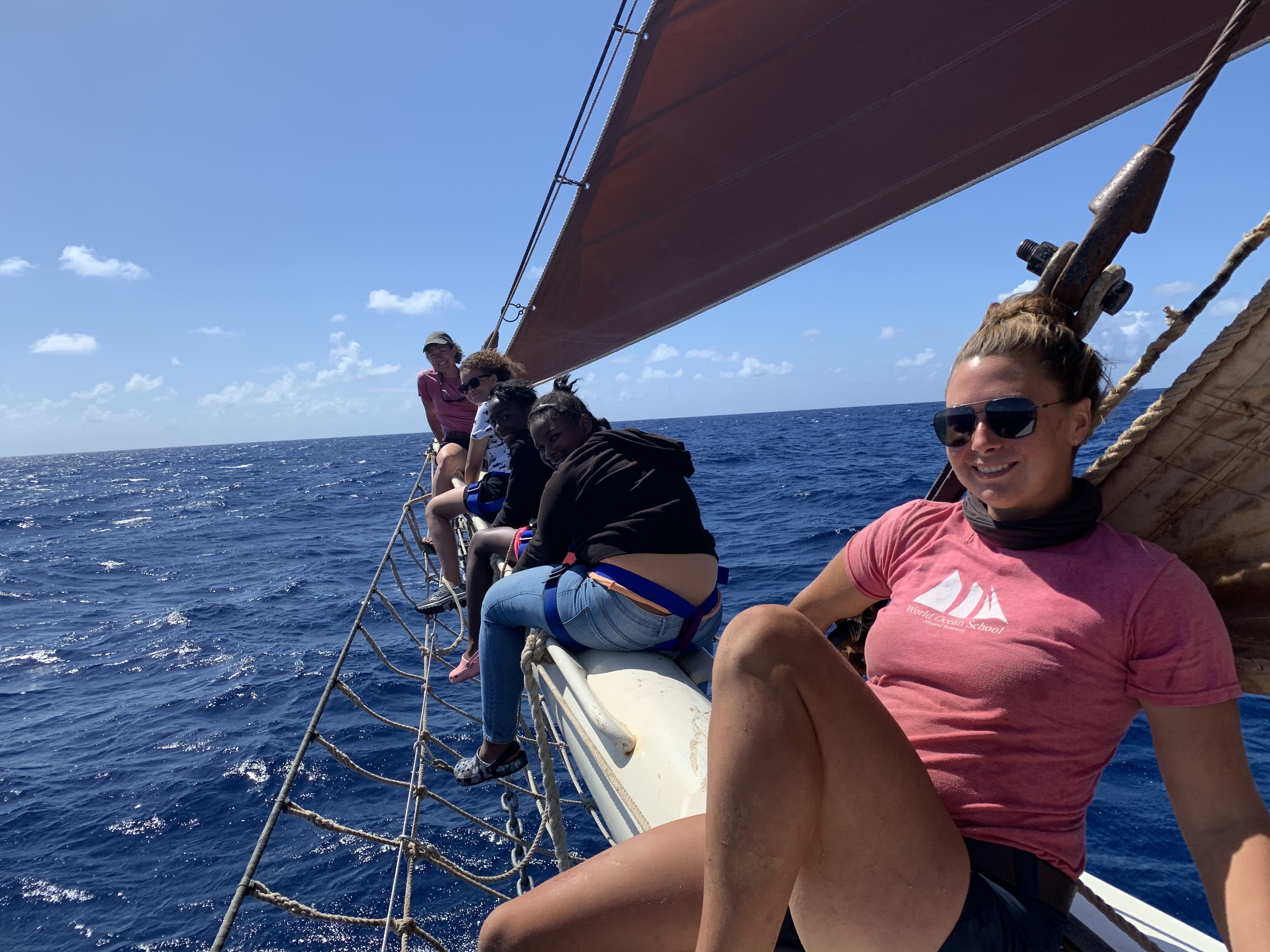 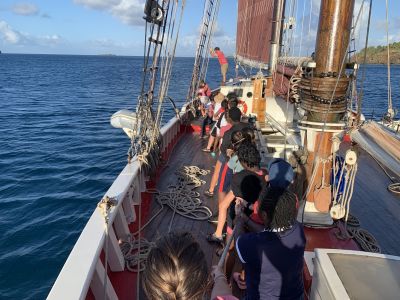