This morning we were rudely awoken by the boys in the nunnery who had decided to rig up hammocks just in time to loudly hit the sole when we hauled back at 6:30 this morning. While underway and bound for Culebra, the crew attempted to wake us up with a “pretty decent” rendition of “Party on the Roseway.” We we’re delighted to find pancakes, bacon, fruit, and all of the good stuff. Bridget nearly cried when she discovered that Nutella was possibly not an option for her pancake. Post-breakfast, we raised the sails all floppy-like, but again, it was “pretty decent.” We completed our morning chores and made most of the boat “good and fresh,” but the deck remained crusty all day because we couldn’t use the hose. We did rotations where we learned to tie knots, points of sail, and active watch where we steered the boat, watched for traps, and did boat checks. To determine who would eat lunch first, there was a knot tying competition that some would say was unfair, but Dylan days was amazing because he won an early lunch for C-Watch. The bread was exquisite. It was raining, so we ate in the salon. On the hook at Culebra we had a science class where we learned the anatomy of fish and about camouflage. We made our own fish called “Nark.” Then we went snorkeling and saw a goat “j-chillin on a rock” and a “lobstah.” Then we came back, got clean, and played cards. We hoarded clothes pins and Pierce covered half of his leg with clothes pins and hanging from his leg hairs. Then we obtained even more grain at dinner with spaghetti and bread. Overall, the day was absolutely snazzy, totally tubular, and vibin. We write this from j-chillin and talking to Hana on the bow. We’re Roshan, Dylan, and Bridget, and our lives, they’re kinda crazy. Thank for for listening to our TED talk. 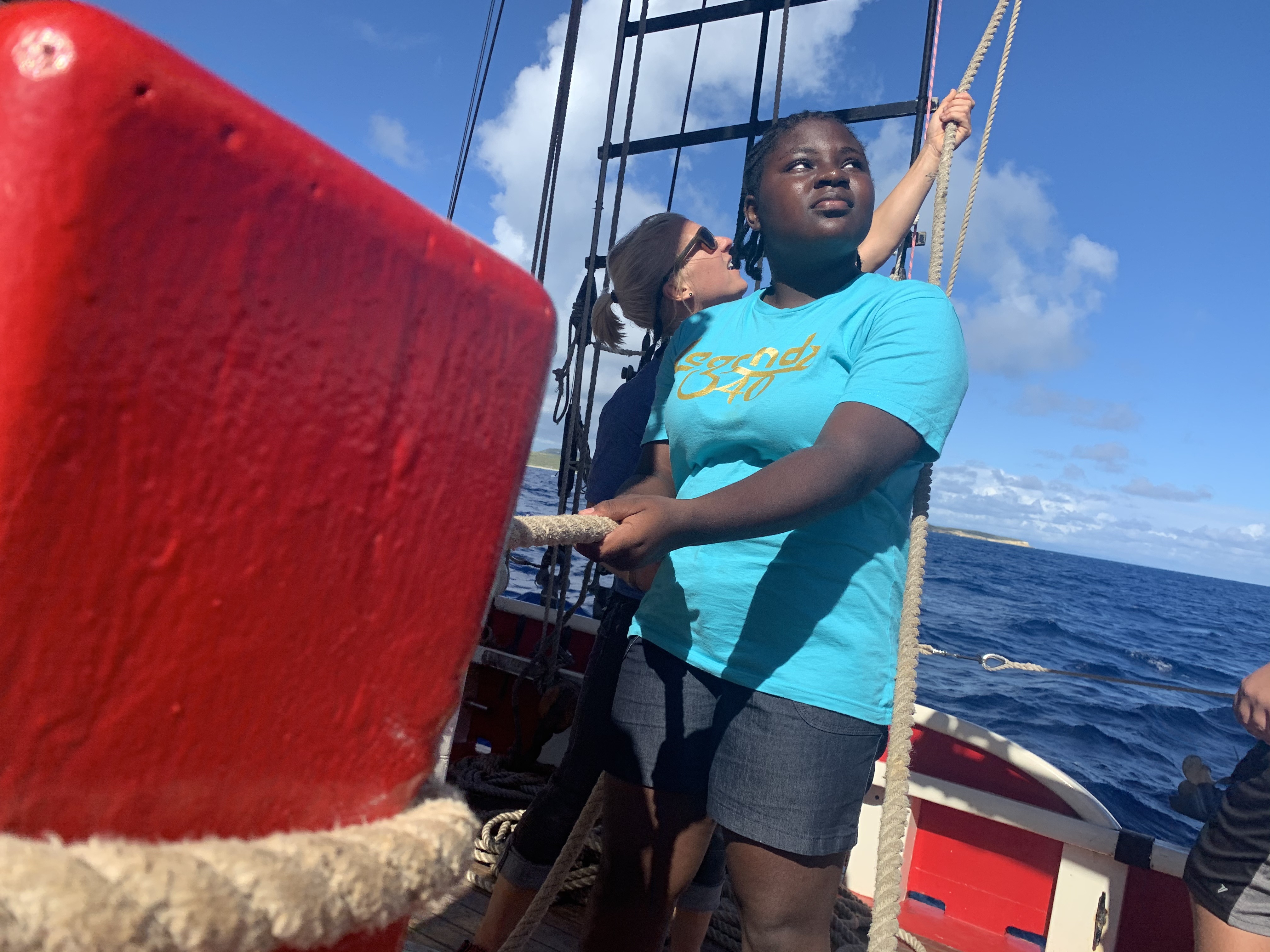 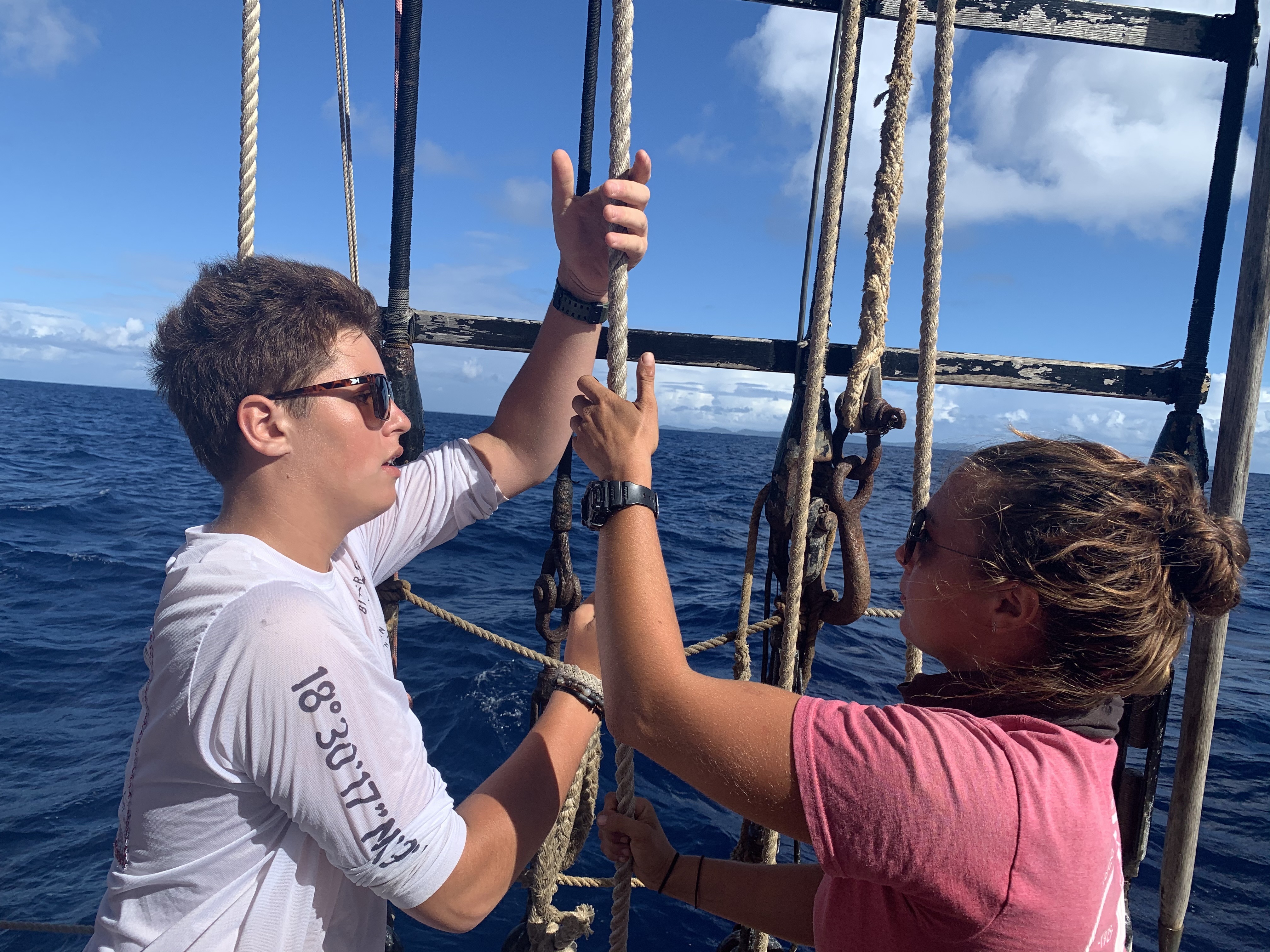 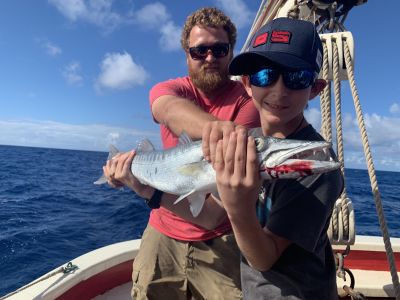