"This morning, it was singing. We guess they were getting desperate. The ukulele was not bad, though. After that 7 o'clock wakeup, we completed the usual morning routine followed by another amazing breakfast. This time Andy prepared perfect yellow rice, eggs, hash browns, watermelon, and walnut short bread. We jumped straight playing into "Bob the Weasel" version two, invented by Eric. During the game, Alewdys revealed his life hack of seeing what everyone was doing by looking into the mirroring image in their sunglasses. From there, we motored to Culebrita and walked to the abandoned lighthouse on the island. The trail, as noted, was infested with goat poo and cacti, but there were no goats in sight. Once we reached the great summit, we observed the breathtaking sight of St. Thomas, St. John, St. Croix, and the walls of the lighthouse. The famous rock inspector, Roctor Doctor Krystina, pointed out a special igneous spotted rock. Next, we skipped down the hill and straight to another scrumptious meal. Before we knew it, we returned to the beach for afternoon activities. We then started swimming and snorkeling, but unfortunately the god of visibility was not on our side. So we raced to the starting line to play "One Fish, Two Fish, Red Fish, Blue Fish." We strategized to steal the weasel under John's nose, which was harder than it sounded, but we succeeded. Quick clarifying note, Bob the Weasel is only a weasel at heart, but in reality he is a blue and magenta rubber stegosaurus. We returned to the boat and did some downtime things while sailing back to Culebra. As we entered the harbor, Captain Kinea, the motoring expert delivered us to our anchoring site as the sun set over Culebra. After dinner, Diego showed off his fantastic dance moves, which never actually happened, as he chickened out at the last moment. That was our day, with its ups and downs, at Culebrita." 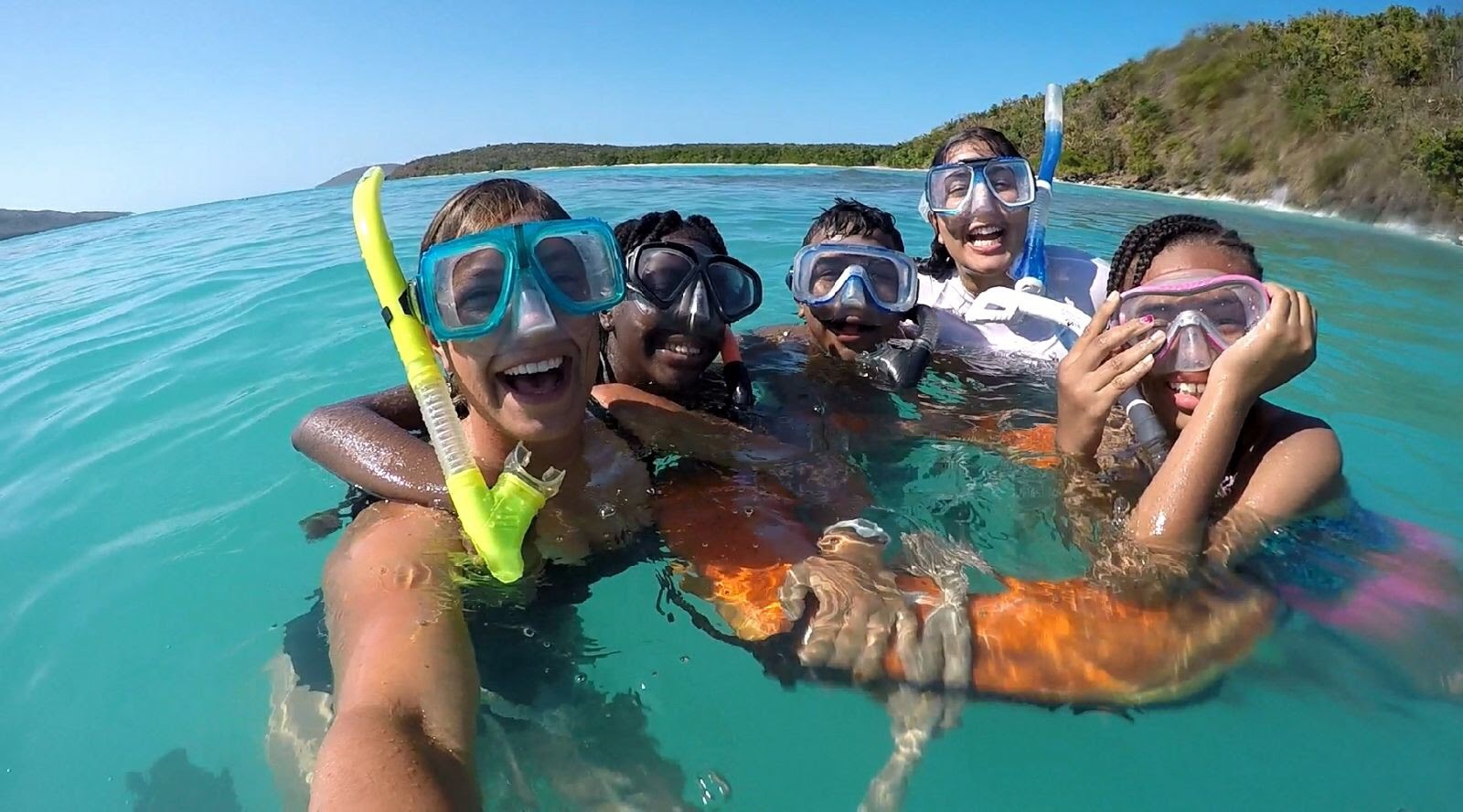 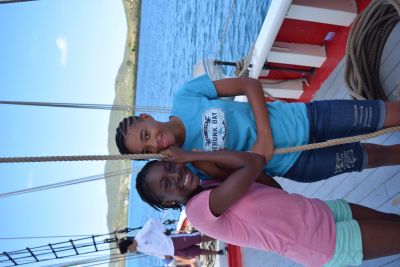