This morning we snorkeled at the caves. It was AMAZING! We saw lots of sea urchins, sergeant majors, yellow tail snappers, and many other types of fish. I saw a very cool creature that was open and flowing in the water but if anything got too close it could scrunch itself up to be so small. The Caves were a cool snorkeling spot because it was in the swell of an island. After lunch on the boat, we hiked up Spyglass Hill, it was very hot, but the view of the harbor was spectacular. We went up to the top of the first hill and then down and across two kills and up to the top of the biggest hill. We trekked through all the mounds of terrain, including long grasses and other thick vegetation as well as desert with cacti. The cacti were a big problem, most of us got those little suckers and they hurt! At the top of the kill, we all shouted to the Roseway and she blew her horn in response. Supposedly at the top of the hill, the previous Luther trip had hidden treasure but due to the hurricane, we didn’t find it. We did hide treasure for the next group. For dinner we went to the Willy T, a restaurant on a boat. We met some other people from Minnesota. Back on the boat later we had anchor watches (tonight was pirate poems). And that is another exciting day aboard the Roseway! 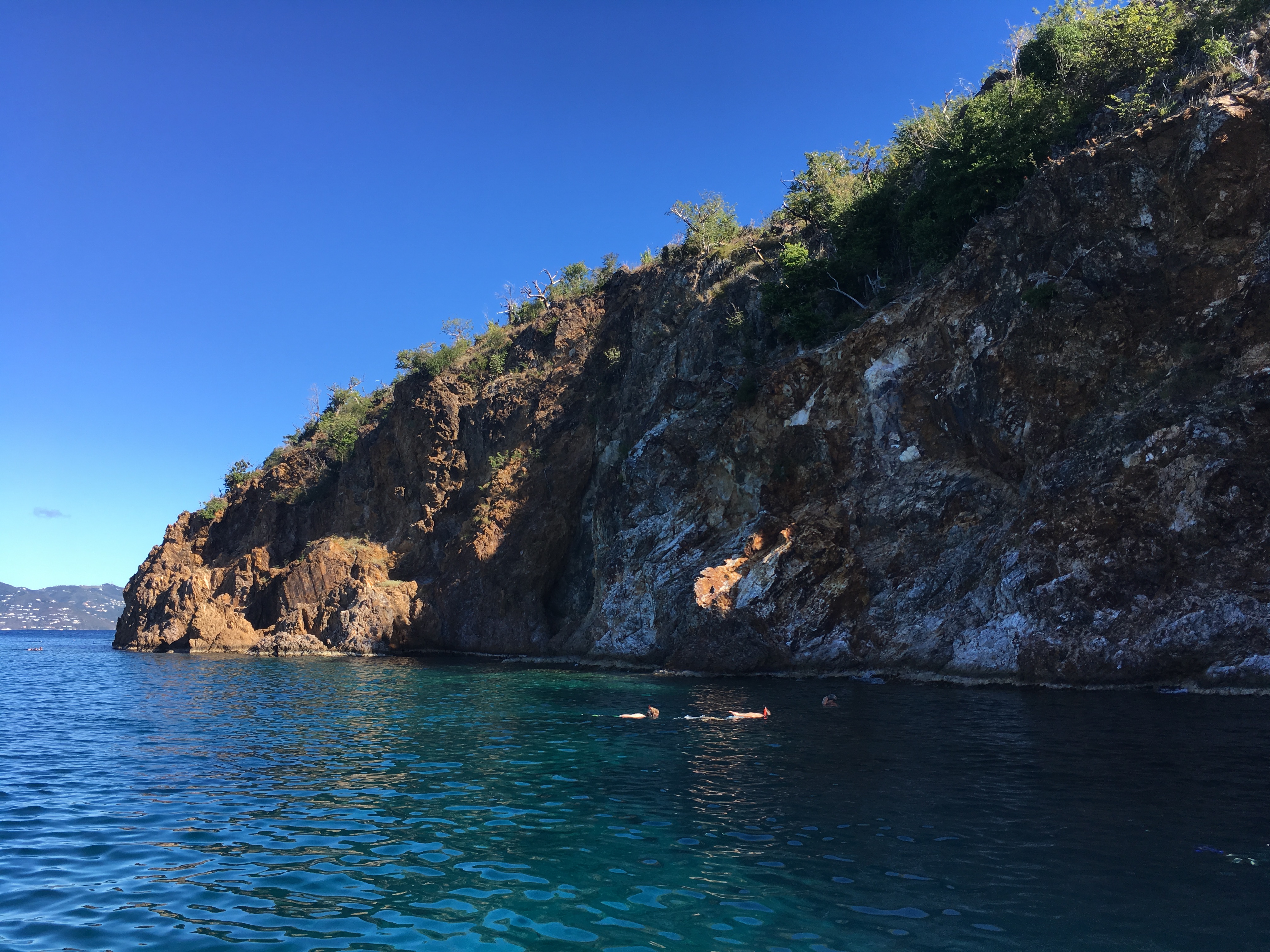 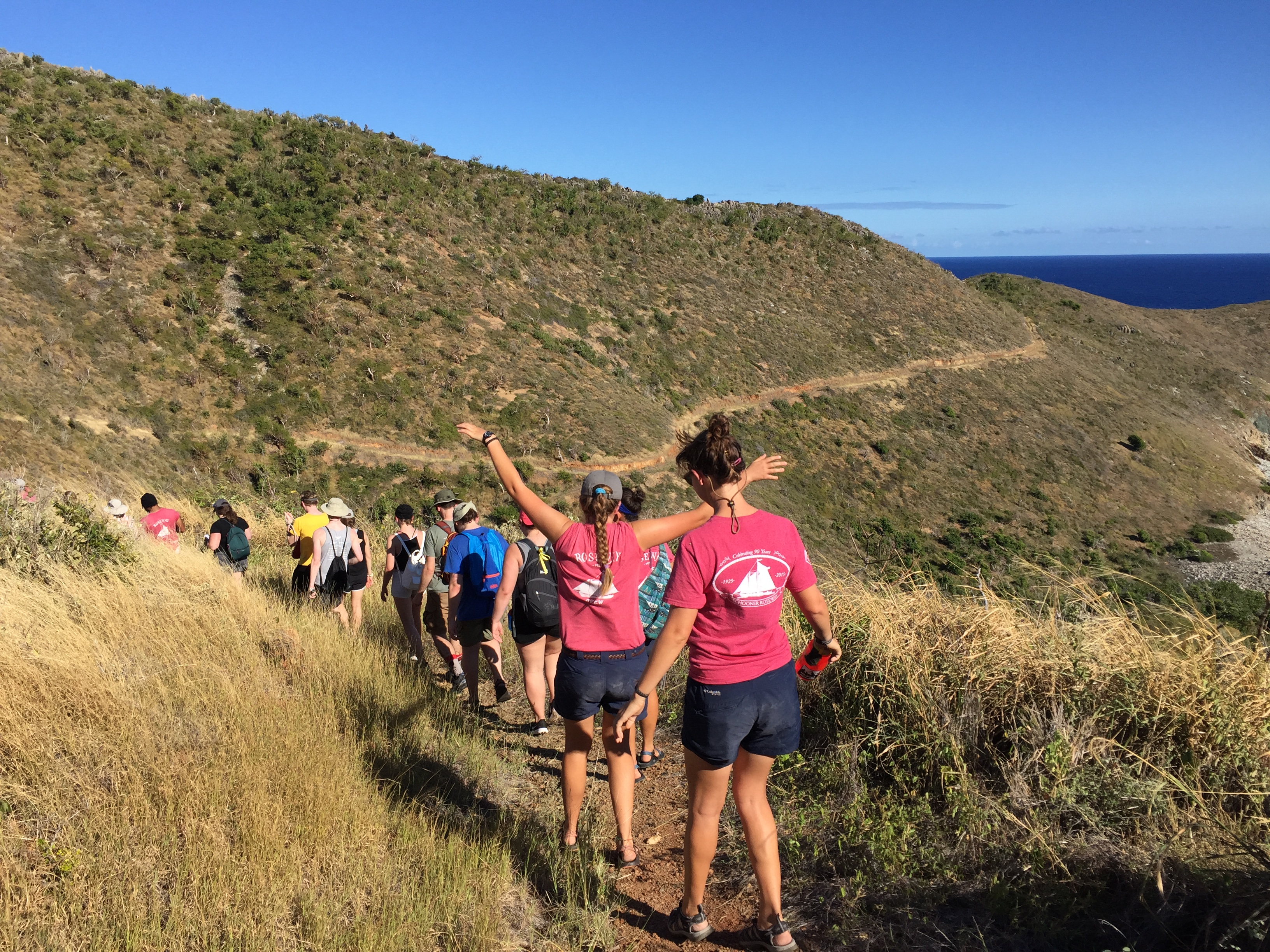 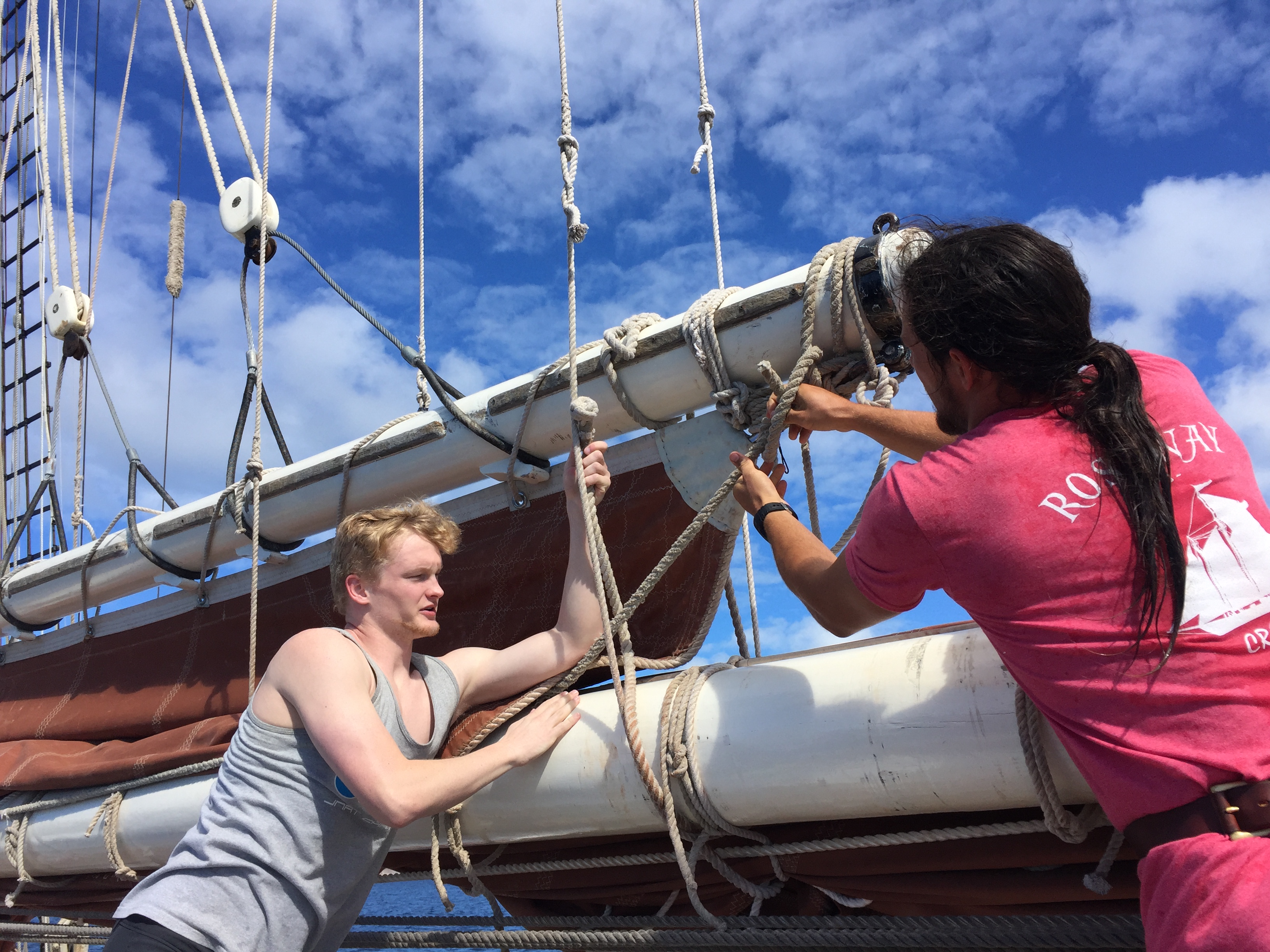 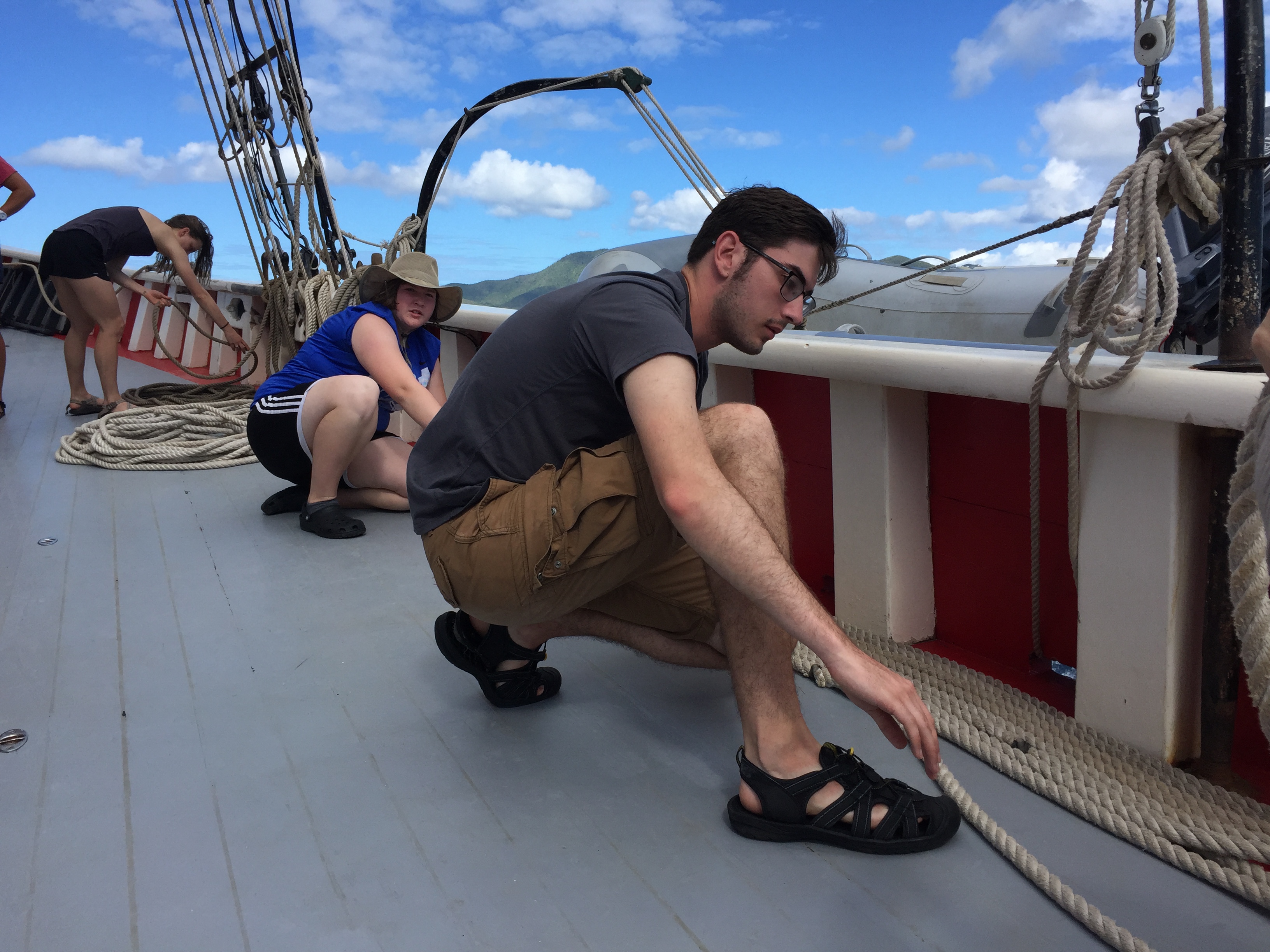 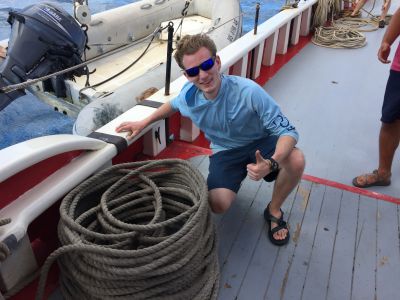