Today we started our day off early with a downhill hike to Reef Bay. Inside the national park we saw golden orb spiders, hermit crabs a plenty and fruit bats. Along the way down the trail we learned all about the different trees the Taino Indians and early European settlers used to survive on the island, such as Rum Bay trees and Kapok trees. We stopped for lunch after viewing the sacred petroglyphs, which are small carvings in the rock signifying the chiefs and gods of the Taino. It is believed that the location was chosen due to the fresh water pools at the site. This lead to a discussion about the decline of the Taino due to European colonization. We finished our hike at the ruins of the last functioning sugar mill on St. John.


After returning to the Roseway, we set sail for Culebra and had class while we were underway. The highlight of class today was a discussion around how to be historically sensitive while continuing to move towards the future. After class, we broke into our watches were we had the opportunity to climb the rigging. It was a nerve-wracking and exciting experience that gave us a unique view of our home for the past eight days as it moved across the ocean. As the sun set we dropped anchor off of Culebra and enjoyed a delicious dinner. Tomorrow we are excited to go snorkeling with the turtles and continue our voyage to Vieques. 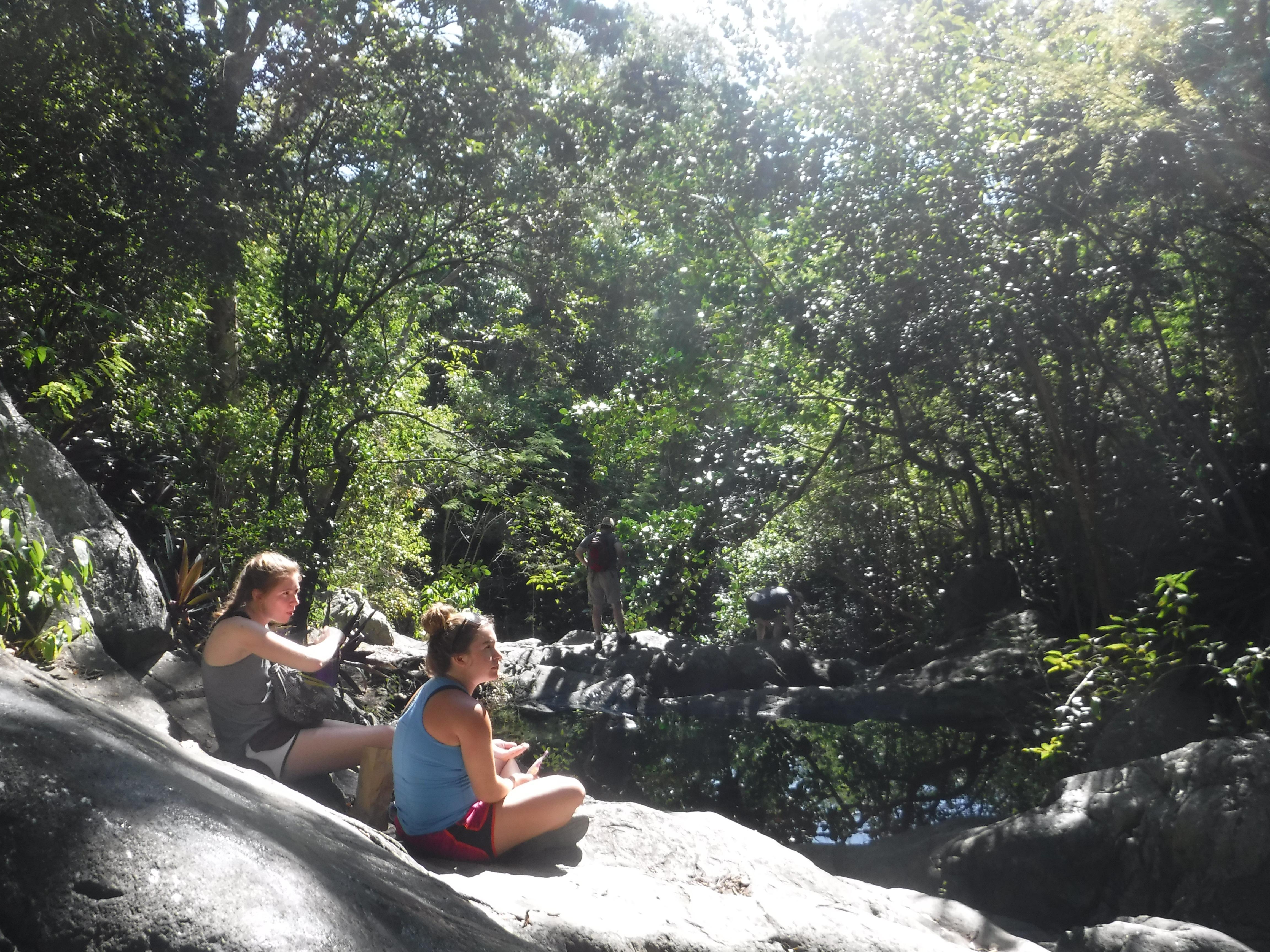 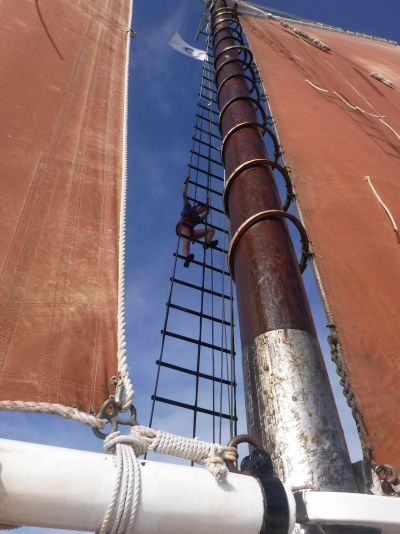