Abby J. and Dylan B.

Today we woke up a little bit earlier than we did yesterday. The waves were predicted to pick up later, and we wanted to go hiking before setting sail for St. Croix. We piled into the small boats and made our way to the beach before we set off into the mountain.

The hike was divided into three groups: the jackrabbits, midfielders, and tortoises. Each group trucked its way up the trail at a pace that suited them. It started to pour rain during a midway rest, but the rain wasn’t unwelcomed. It cooled down everyone’s flushed faces better than the water bottles did. The rain was crueler on the way down, as it had formed slick mud that slowed the group’s paces. Still, we all made it out of the trail and onto the beach. Some people cooled down by heading straight into the ocean, but the majority hid from the sun while we waited for our ride back.

We made quickwork of lunch and set sail around 1300. The winds were high and the waves beat against the side of the ship. There were no cases of severe seasickness despite the constant rolling, which was a relief. We mostly fought to keep balance and enjoyed not being able to see land no matter which direction we looked. The class gathered mid sail, but the lesson was frequently interrupted by shrieking as waves crashed and sprayed over the class.

We made it to St. Croix before sunset. We made good time, hitting about 7 to 8 knots throughout the trip. The sun and the wind took a lot out of everyone, and there were few leftovers after dinner. Everyone is working to clean the ship now, and they are sure to sleep well tonight.
Author: Abby

Today we started off the day with a hike at Cinnamon Bay where we split into three different pace groups. The fast group (myself included!) got up to an amazing vantage point of the bay, although I’m not sure where all the other groups got up to. On the way down we played a fun game called “death scenario” where you are given a scene of a death and you need to ask the narrator yes or no questions to piece together how they died. It was a great way to pass the time. Once we made it back to the beach for pickup I went swimming with one other person and it was super refreshing.

Once we got the sails set on our way from St. Thomas to St. Croix we had lunch. We started class which was based around the Blue Mind which basically states that water helps to relax you. During the class, one of the students was not in a “blue state of mind” as he shrieked and slid away down the deck from a giant wave. It had us all laughing quite a while. After class I went to the helm to steer which I did like a champ. Later in the day I learned about how boats float and move without capsizing which was interesting. After the lesson I felt a bit queasy so I napped up near the bow of the ship and by the time I woke up it was time to furl the sails. I put on a harness and laid out on the bowsprit to help furl the jib which was fun.
Author: Dylan 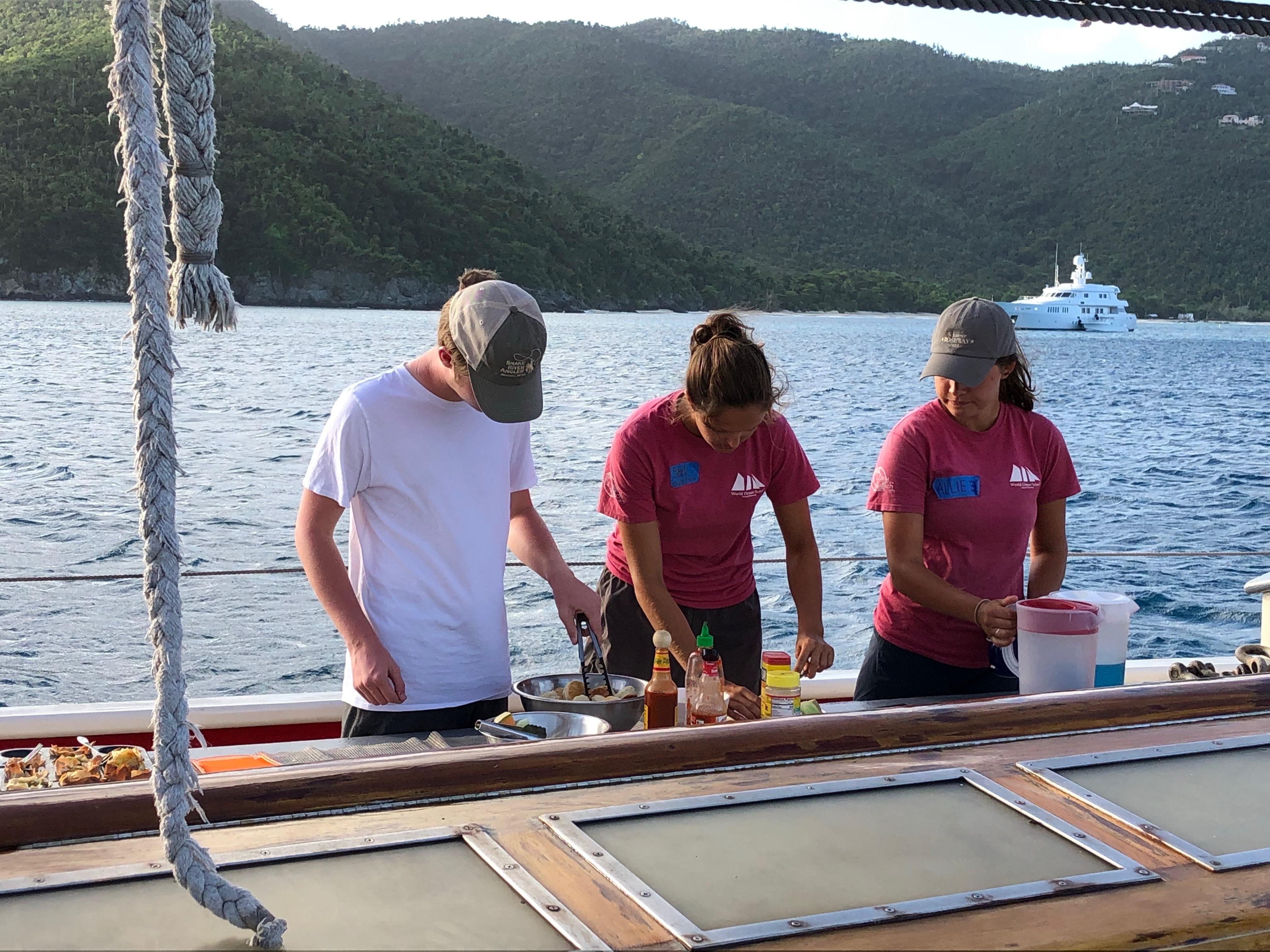 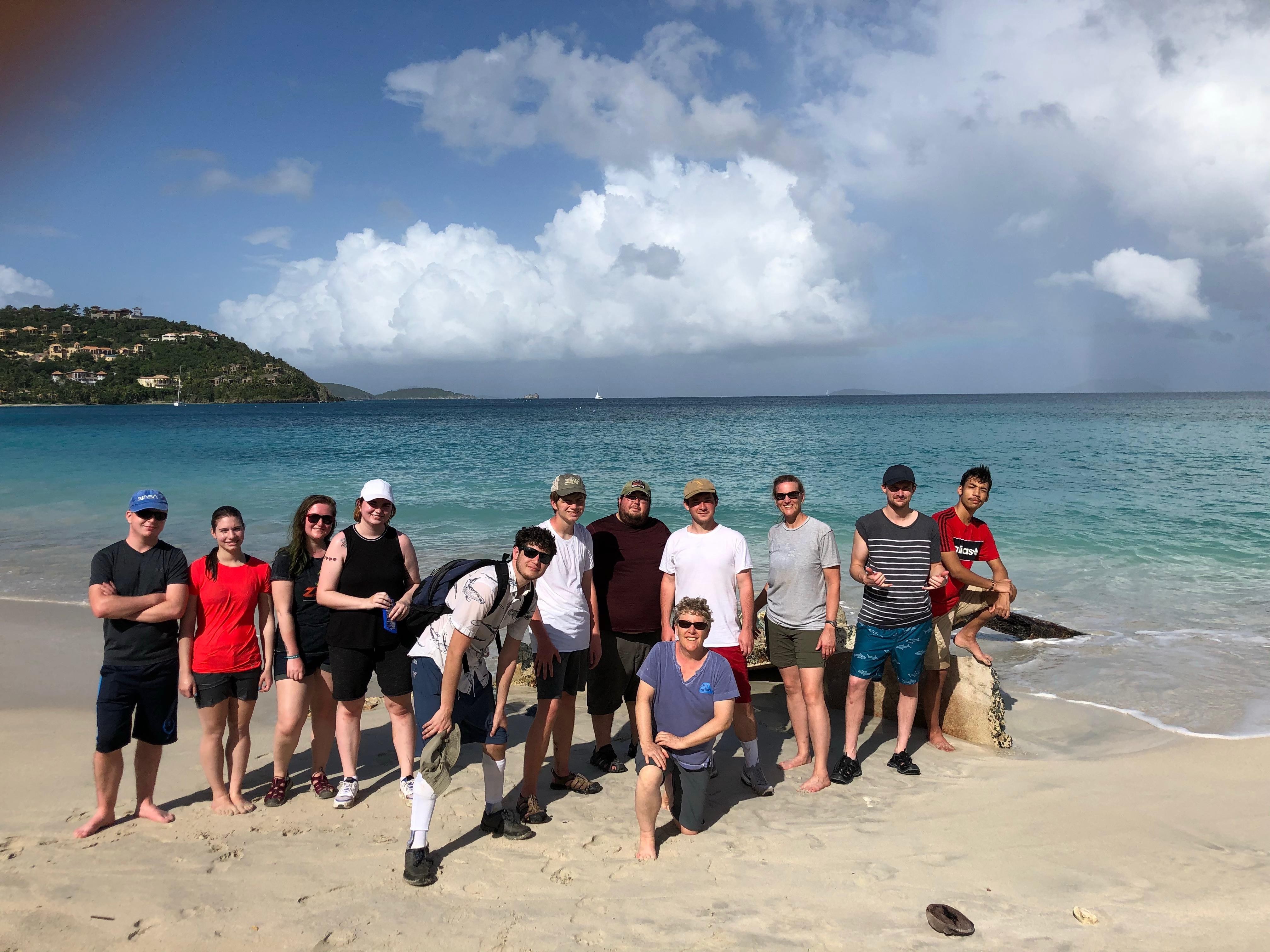 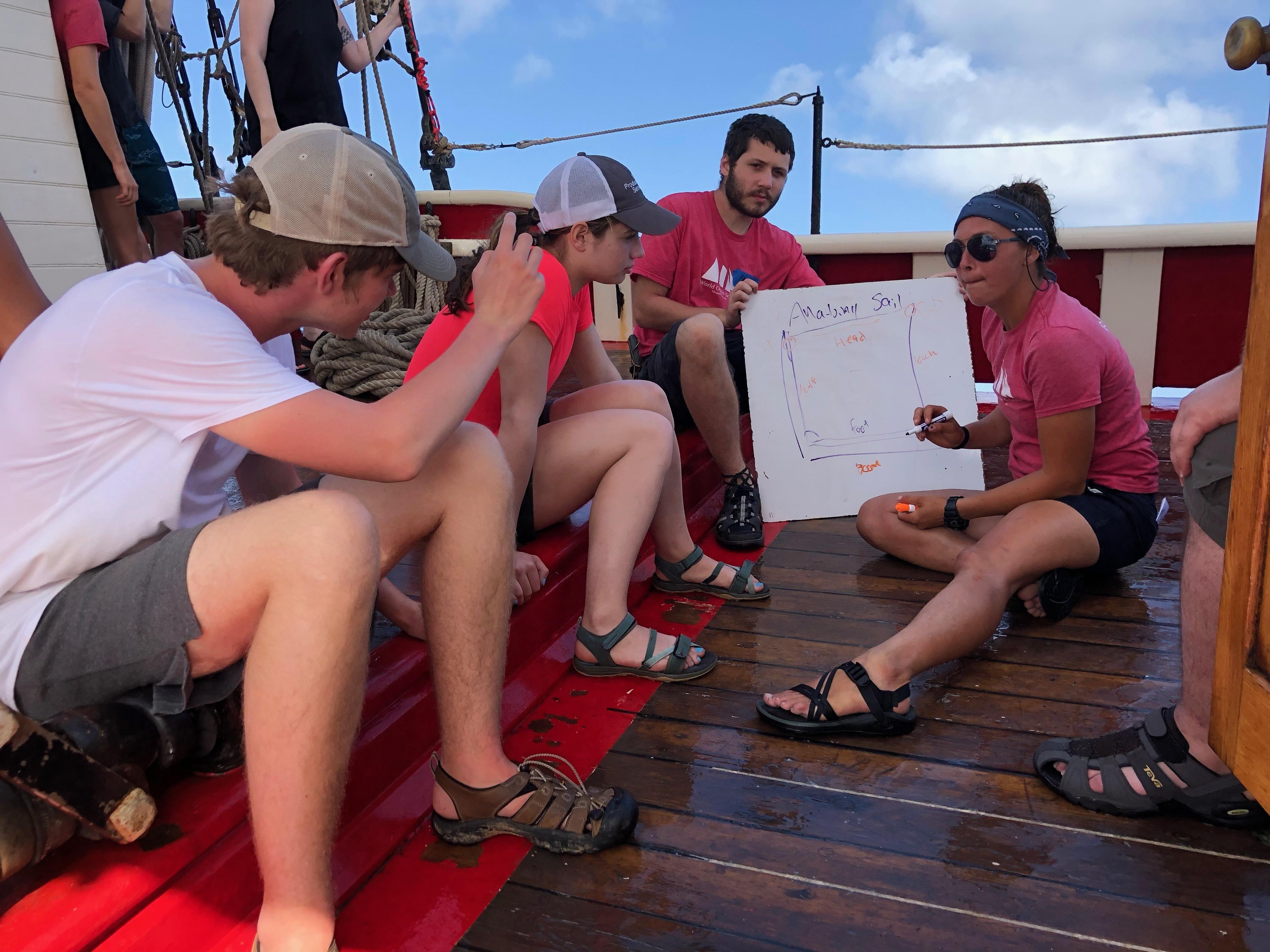 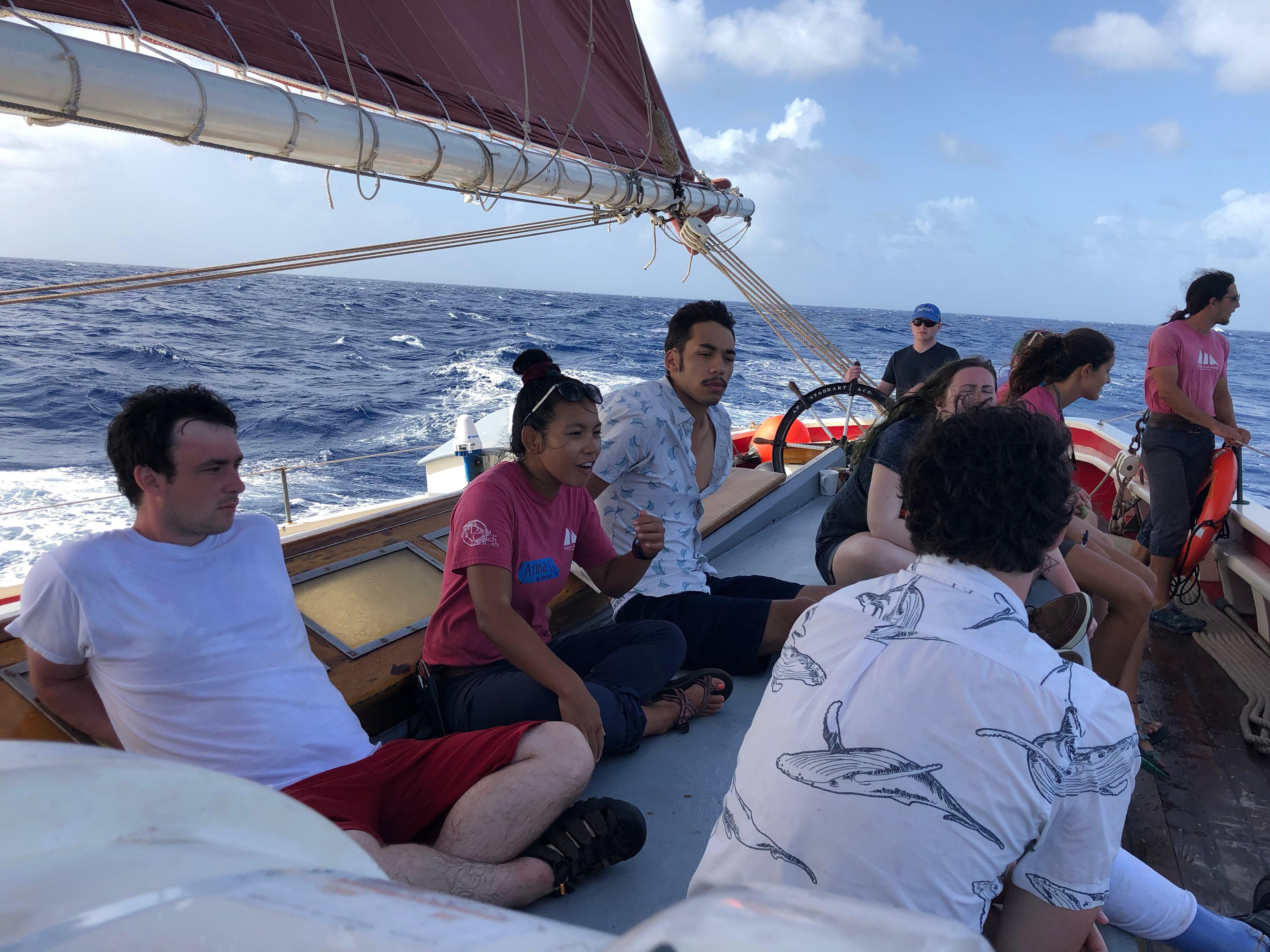 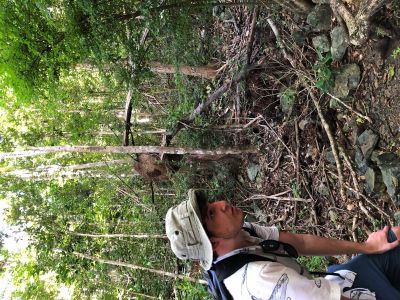