B watch best watch! B watch best blog! This morning on anchor watch the stars above were amazing. We were able to see a couple planets, one of which we believe was Jupiter, Simone saw a shooting star, and we also saw a satellite. What a view of the night sky that we see aboard the Roseway. This morning we awoke near Savannah Bay, in Virgin Gorda. We then raised our sails, and headed toward Norman Island. As many of us have read Treasure Island we were anxious to see what awaited us at Norman Island! It turns out we were in for a great day of snorkeling along the shore and exploring the caves. Later then had a chance to climb up to the cross-trees which is about 80ft up from the deck. It was really cool to climb up and see the view from so high up. Kasey got to see the sunset on her turn, which was an amazing sight. Clark was still recovering from sickness but even that couldn’t keep from doing his duties. It was wonderful sailing today even though we had stormy clouds following us the entire time we stayed mostly dry. The snorkeling was amazing and all kinds of sea life could be seen between the rocks. We were able to get amazing pictures on the underwater camera and cool footage on the go pro! 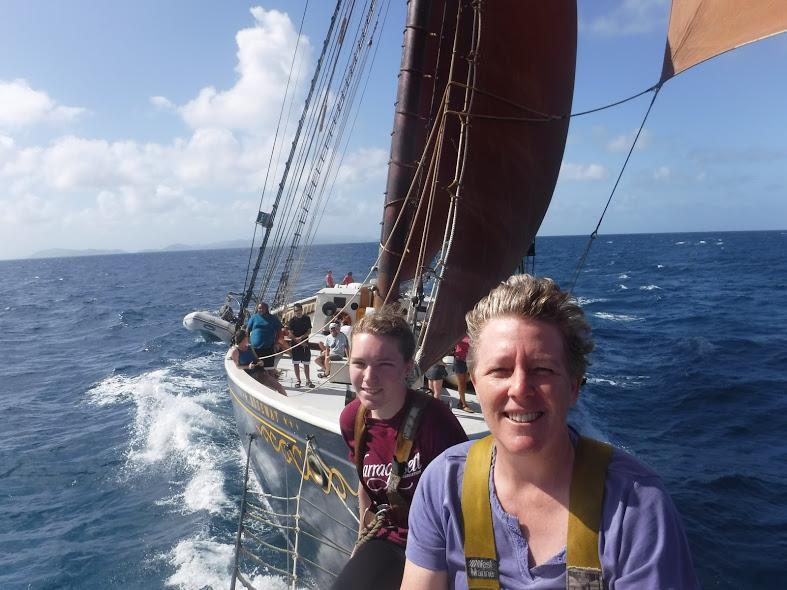 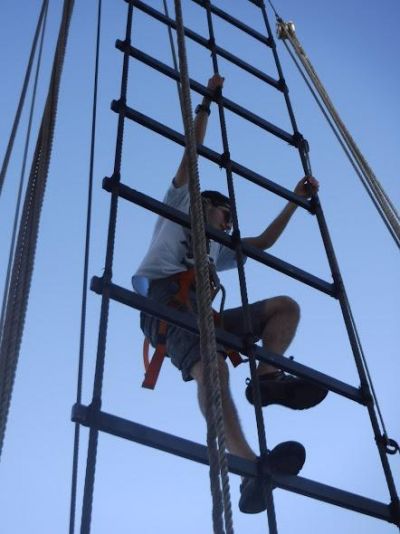