When I first saw the Roseway she was sailing in next to a massive cruise ship! She looked so out of place next to it, like a step back in time. I felt like a pirate today when we were sailing around. During the sail I learned how to make a bunch of new knots. I did get seasick but luckily I was able to recover by resting on the quarter deck because it had less swaying and rocking. At the end of the day we all got to jump in and cool off in the water! It was incredibly warm, salty, and refreshing. Then after dinner I saw a beautiful sunset to end the day.
Author: Amanda

When we arrived, we were first introduced to the crew. My first impression was that the crew was very friendly, inviting, and non-judgemental about anyone’s lack of sailing experience. We then introduced ourselves and were split into watch groups, which completed various tasks and chores on a rotating schedule. Some of these tasks were: hauling lines to raise or lower sails, coiling excess lines, and folding the sails as they were lowered. There was a lot of new terminology that was unfamiliar to many of us. One thing that stood out to me was how the crew members seemed to function as different arms of a single unit, knowing innately where to go and how to most effectively carry out the Mate’s instructions.
Author: Daniel 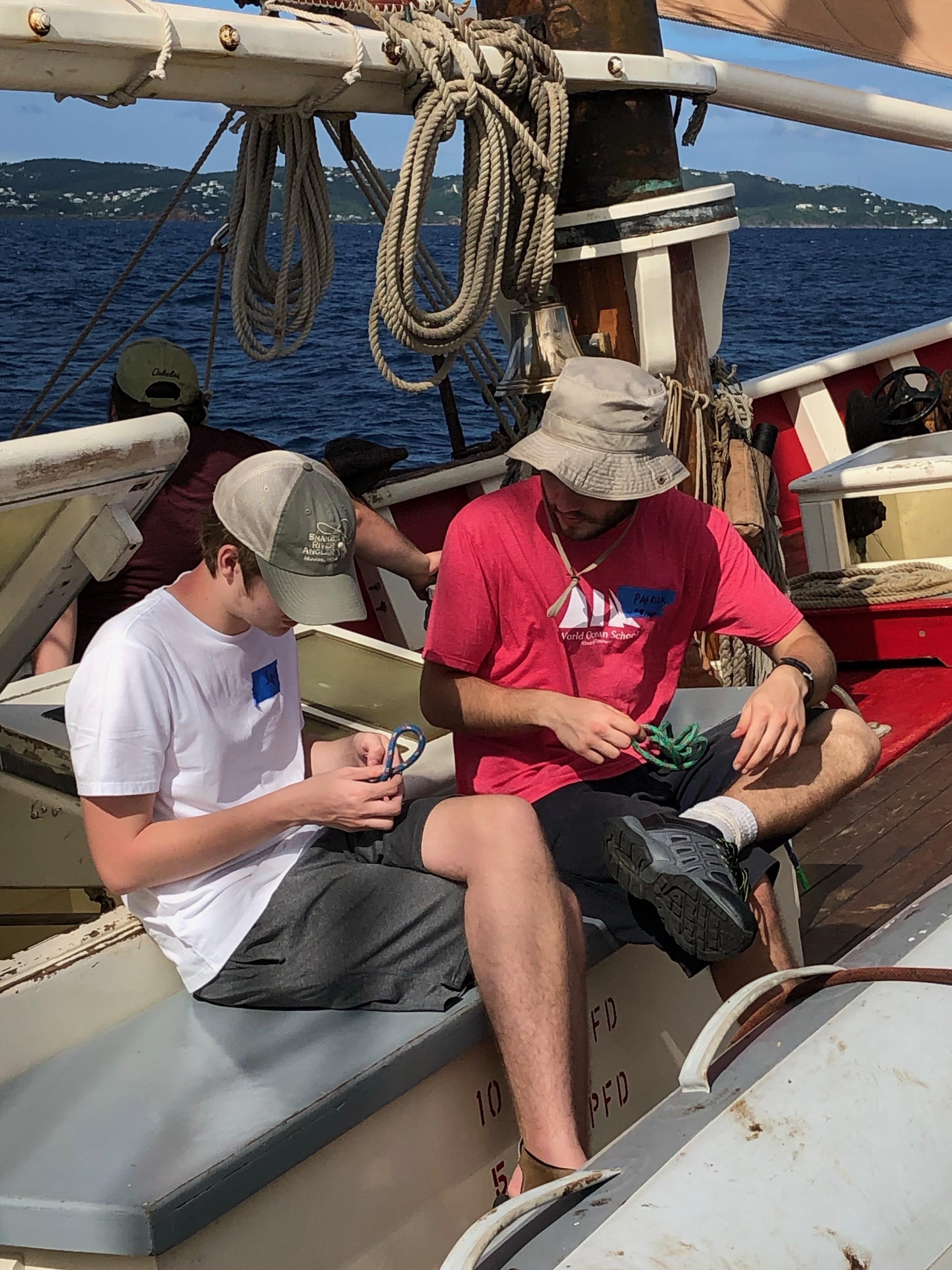 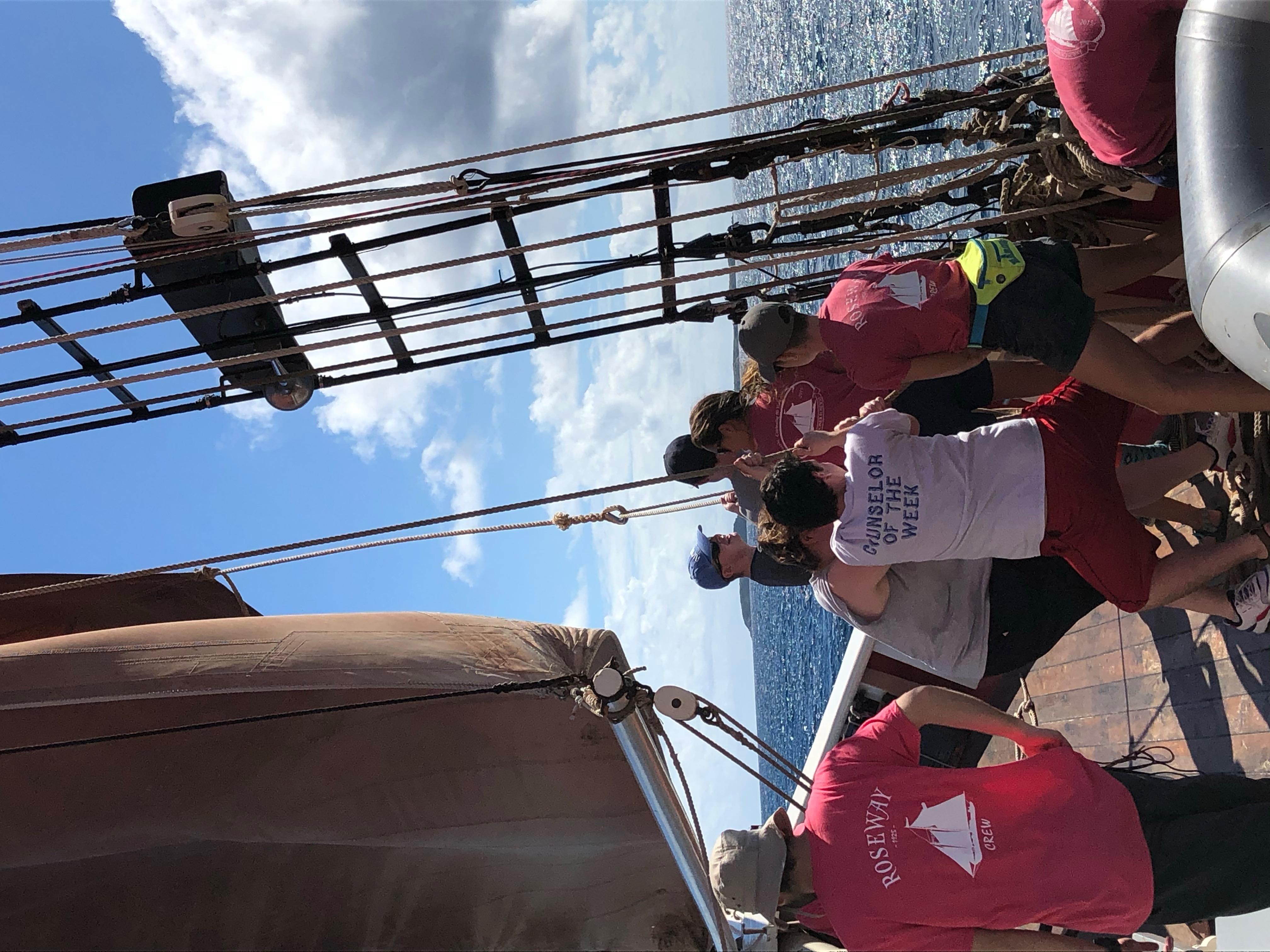 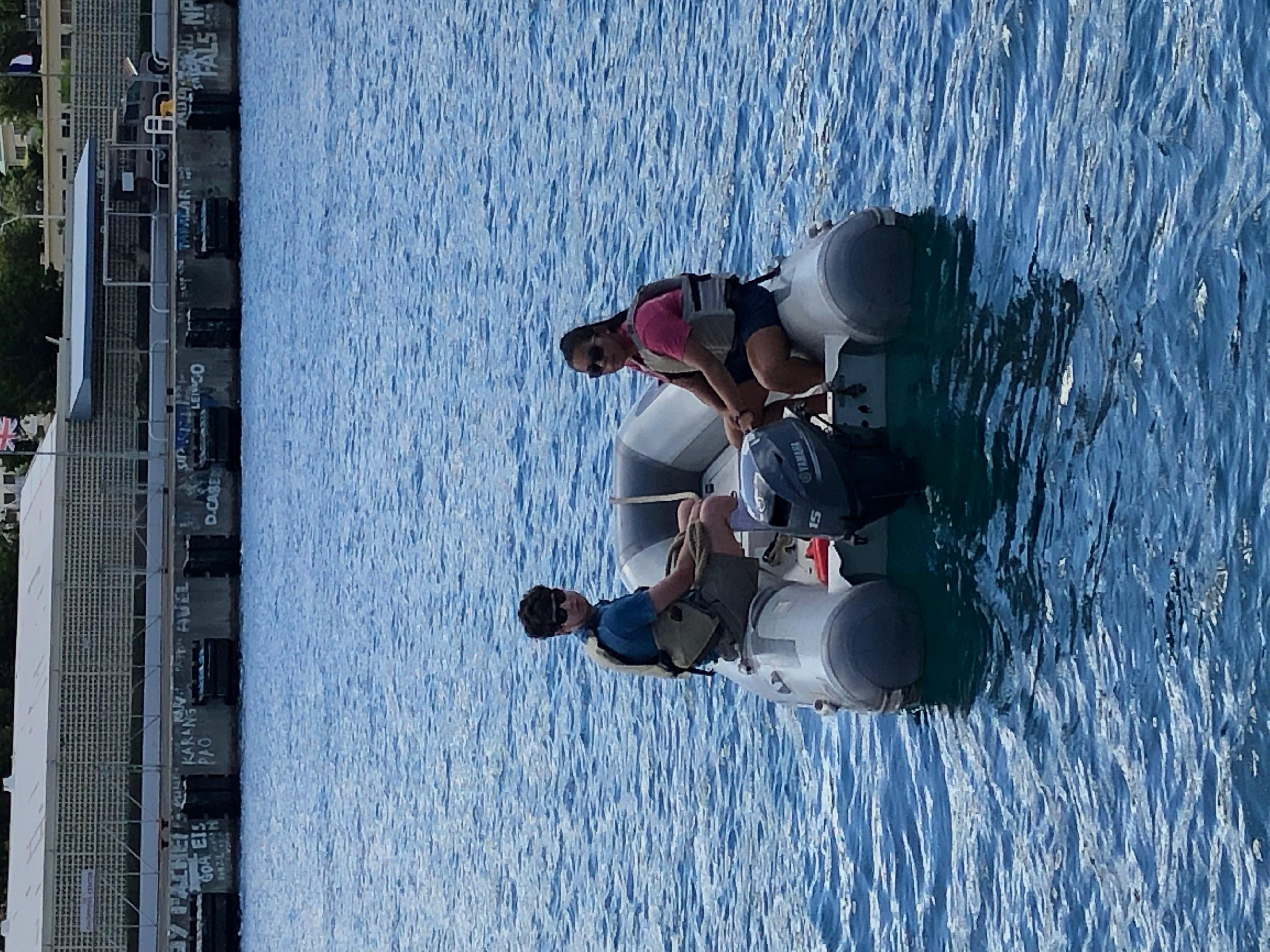 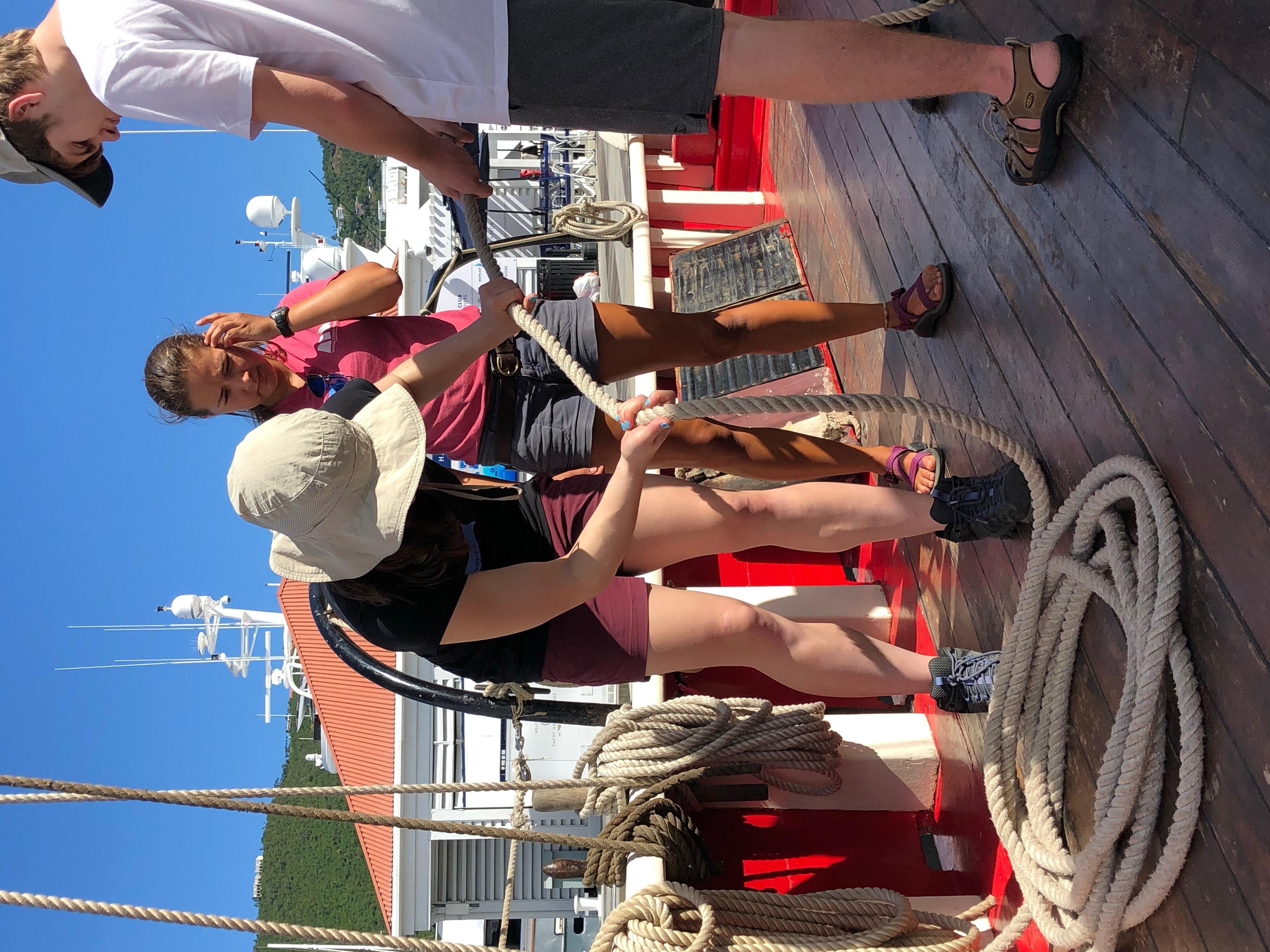 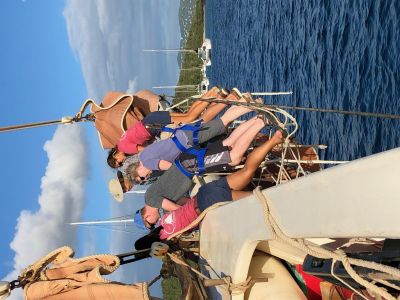