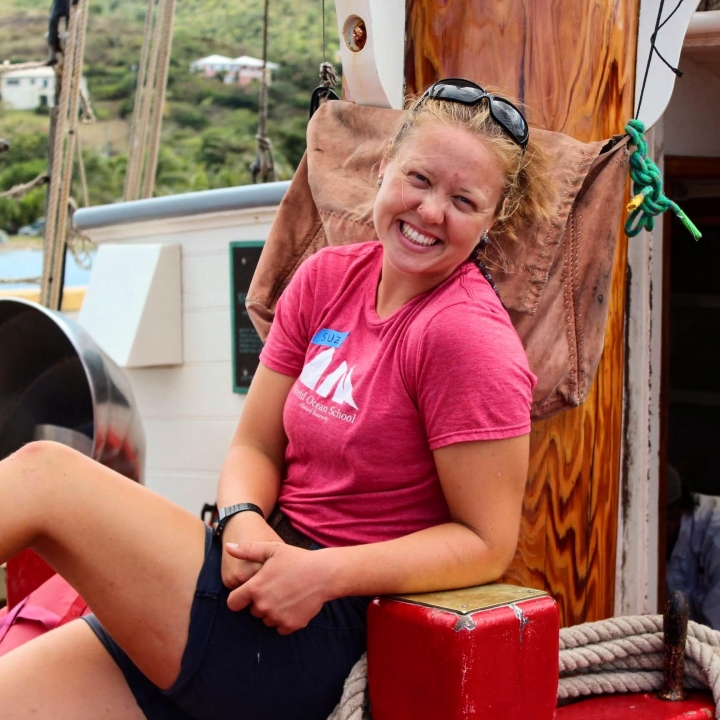 Susanna is from the Vancouver area of British Columbia, where she was born and grew up in a city called Surrey. She attended university to become a special education assistant and only worked in schools for half a year before heading off to Victoria to work on a schooner called Pacific Grace for a youth sail organization called SALTS. This is an organization that she sailed with in high school and every summer after that. She worked on board Pacific Grace for two years as the cook.

This past winter, Susanna worked for an organization called JST on a vessel called Tenacious and sailed the Atlantic from Las Palmas to Antigua as a boatswain's mate. There, she really loved sailing and being outside ALL THE TIME! Susanna really loves and appreciates learning how the boat runs and operates and getting to be more hands on with projects.

Susanna is passionate about World Ocean School's mission and is excited to teach and work alongside kids outside of a traditional classroom.

Susanna loves cooking, baking, hiking, traveling, backpacking, and any kind of sport, especially if it gets her outside.