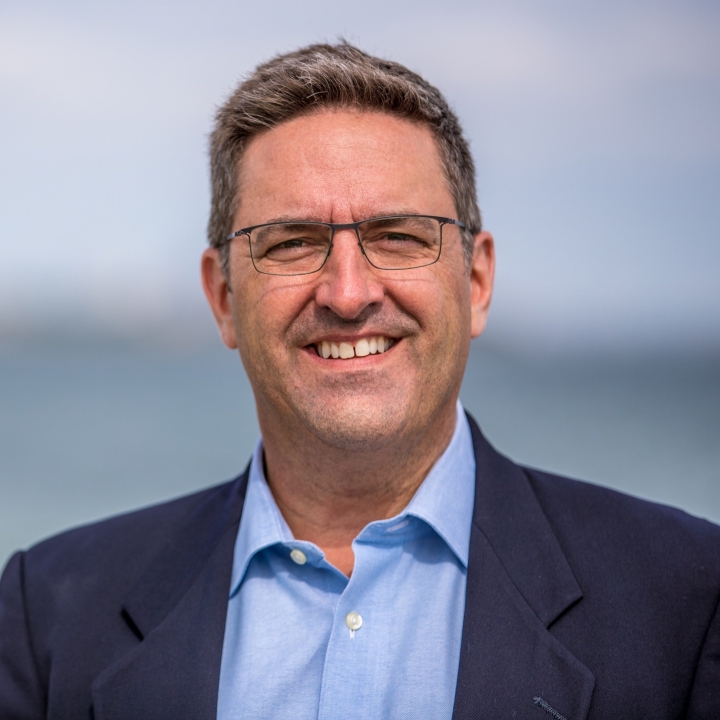 Steve graduated from University of Vermont in with a B.A. in Economics. After spending his collegiate summers in Wellfleet, MA harvesting oysters and quahogs, Steve decided to pursue his true passion: marketing. He’s been in the business ever since in account management at ad agencies both large and small, and in client-side marketing organizations, from startup to multi-national. His career includes working with companies such as Dunkin' Donuts, Ocean Spray, TJX, BMW, Tempur-Sealy International, Planet Fitness, and The Institute of Contemporary Art/Boston. Steve recently did a stint as Chief Growth Officer at Cambridge marketing technology firm Blue Green Brands. He currently works at Suffolk Construction as VP, Client Services.

Despite no longer owning a boat, not even the beloved Beetle Cat from his youth, sailing is in Steve’s blood, having sailed since he was very small. Just ask him about his great, great, great uncle, Benjamin Spooner Briggs, who was the captain of the Mary Celeste, the American brigantine that was famously discovered abandoned off the Azores in early December, 1872. (The disappearance of the crew is one of the greatest maritime mysteries in history.) Despite having no insight whatsoever as to what really happened during her fateful voyage from New York to the Strait of Gibraltar, Steve is happy to regale one and all with his theories.

Steve lives in Hingham, MA with his wife, Mary, and two kids, Robbie and Lily.